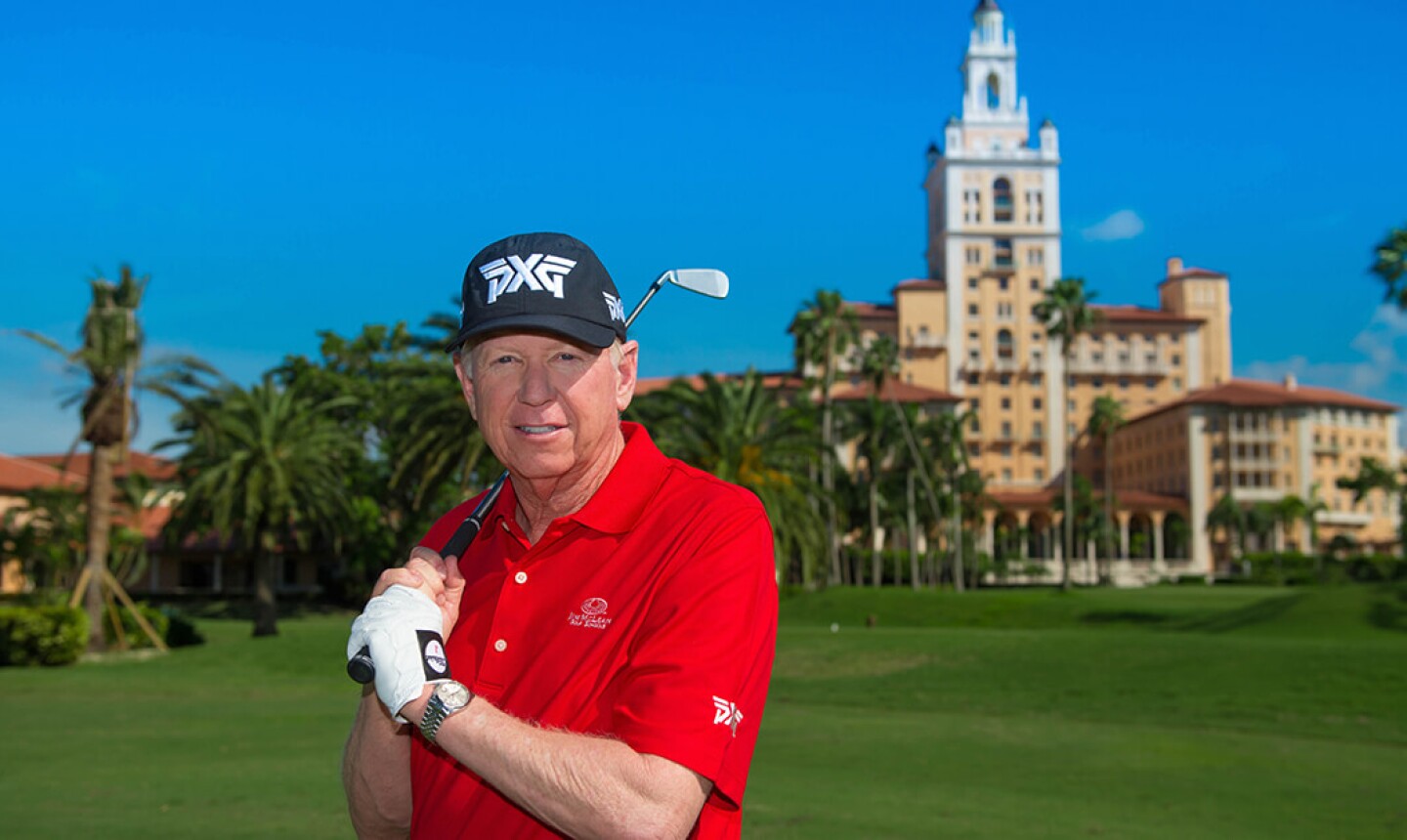 Jim McLean moved his famed golf school to The Biltmore several years ago. Courtesy of The Biltmore 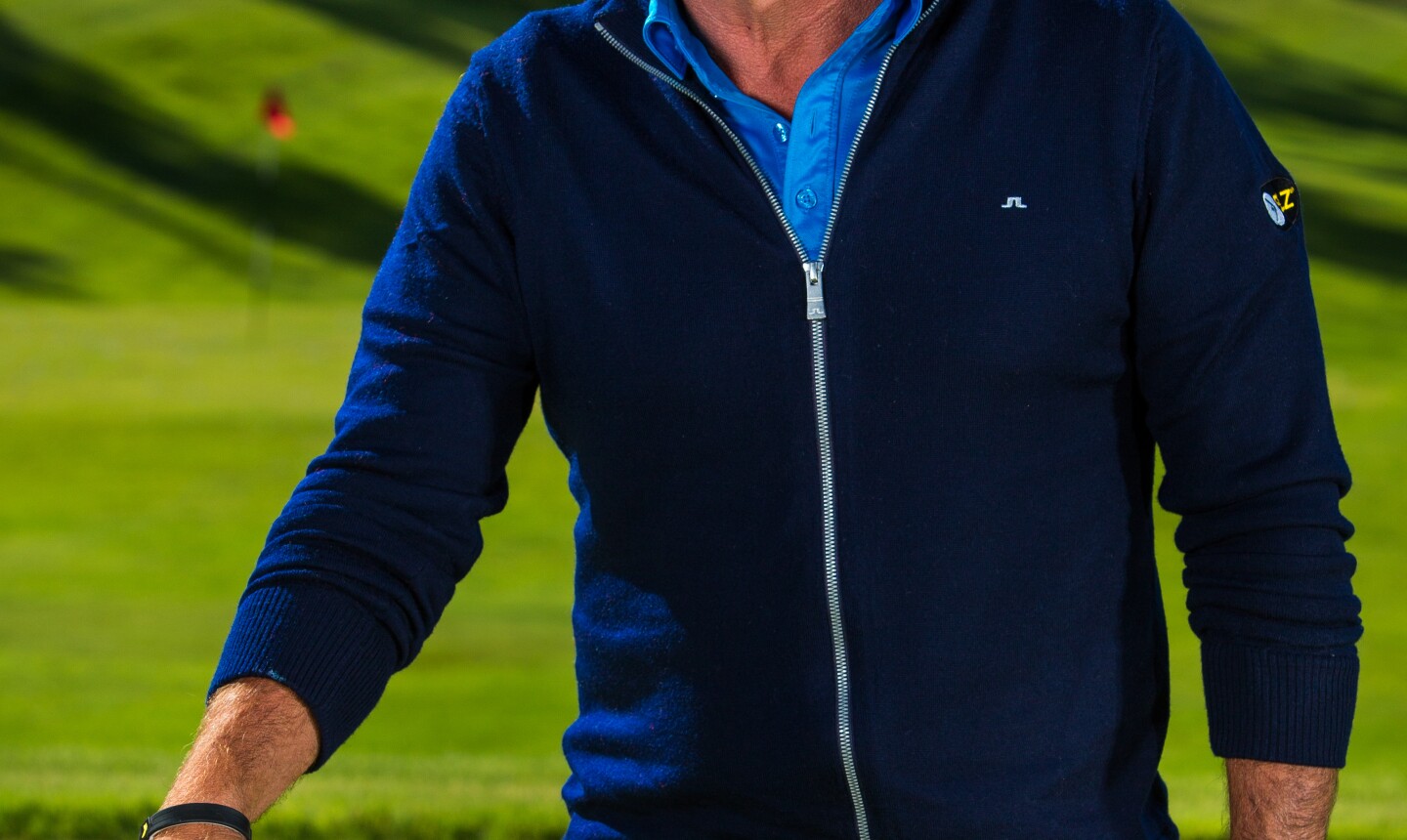 Rick Smith, best known as Phil Mickelson's former swing coach, will replace Jim McLean as the lead instructor at Trump National Doral Miami, starting Jan. 1. McLean, a fixture at Doral through five owners and 26 years, is taking his famed golf school to the nearby Biltmore Miami Hotel, where ownership has promised significant upgrades to its existing practice facilities.

McLean called the move to Coral Gables "bittersweet." Smith's first reaction during a recent interview was "I'm excited. I haven't felt this in a while." Neither seemed to be concerned that they might be fighting each other for business.

"I'm not worried about surviving and competing," McLean said by phone from Mexico's only PGA TOUR event, the OHL Classic in Mayakoba, where he runs another golf school. "We have a huge clientele that comes down to Miami. Change is just part of life. We had Doral for a long time. A lot of my teachers have their own clientele. Competition is good for everybody. I'm sure Rick will do well at Doral. It's a great spot."

Smith, who ran high-profile schools at Tiburon Golf Club in Naples and Treetops Resort in northern Michigan for years, said the Doral offer "came out of the blue" after getting to know the Trump Golf team, led by U.S. President Donald Trump's sons, Eric Trump and Donald Trump Jr., while working with Mickelson to redesign an existing course in Bali, Indonesia, that will be rebranded a Trump course.

"I was never trying to go in and pursue it," Smith said. "Jim has been a friend of mine for years. We all have our runs. I was just fortunate to be there (at the right time for this opportunity). He was there for 26 years. Now it is a new chapter in my life. I plan on making this the flagship of all the other places I run. The others (at Forest Dunes Golf Club and Oakland University's courses in Michigan) are academies. They will never be what this is."

Each has big plans brewing.

Smith's first tasks this fall have been finding a place to live and hiring instructors that speak multiple languages to cater to Miami's international reach. Through his connections on the tour - he still coaches pros Brendan Steele and Rocco Mediate - he said he's invited former world No. 1s Jason Day and Rory McIlroy and other pros to come visit.

"There are 120 PGA Tour players who live in Jupiter and the surrounding area. I've told them all, 'Come on down and hang with us. You guys are welcome anytime'," he said. "I want the door open for the pros and the common golfer."

That he's moving to Miami shows his commitment to success.

Beyond the usual mix of classes, clinics and individual instruction, Doral will have a new RoboGolfPro and True Spec Fitting Center, including a Quintic Putter Studio. LED-lighting built by the Trumps allows teaching and practice after dark. Smith envisions a performance center where gurus of all types gather.

"I want programs for every category from seniors-only to beginner-only to juniors, psychology, fitness, but not just strength, flexibility and nutrition, too," he said. "We are going to do some different things. You see the popularity of TopGolf. We are gearing up to have great service, where somebody serves you a smoothie, beer, wine, whatever it is that keeps you happy and relaxed."

With the Biltmore's amenities - a golf course designed by Donald Ross and a beautifully restored historic hotel dating to 1926 - the move makes sense for McLean, who runs other academies/schools in Fort Worth, Texas; the Miami Beach Golf Club; Liberty National Golf Club in New Jersey; Red Ledges near Park City, Utah; and Spain. Changing addresses isn't easy with 26 years of TV and launch monitors, furniture and memorabilia at Doral to move, while his staff still keeps a busy teaching schedule right up until the first of the year. "It's a big move," McLean said, noting he still has a home at Doral.

The Biltmore practice range is currently being re-grassed and new targets and trees being added to spruce up the aesthetics. A gigantic practice bunker is being built near the current teaching building, which will be replaced with a new one in the summer of 2018.

"It will take some time to be a top-class practice facility," McLean said. "We have three [indoor hitting bays] to do video work now. We have got a good short-game area to work off of. The key is having the support of the ownership at the Biltmore and bringing it up to the level of the hotel. Coral Gables is such a nice area. It is a special part of Miami. You are right next to the University of Miami. I think we will do well."

McLean believes the rigorous training to join his stable of instructors is what sets his curriculum apart. "We've got the toughest certification process anywhere," he said. "It takes them a long time, maybe six months to do the certification. Training has been a big part of the success of the schools.

something is up here. Jim is a great teacher and a compassionate guy. His devotion to the amateur is something that you cannot describe. He pays more attention and puts special efforts into the amateurs. I have been to Jim for personal instructions four times and love him.
All the best Jim and good luck . Will definitely visit you at the new place.

Think the real story is Rocco Mediate using his connection with Trump to displace Jim McLean with Rick Smith his travel buddy and coach. Jim is a class act and wish him the best.