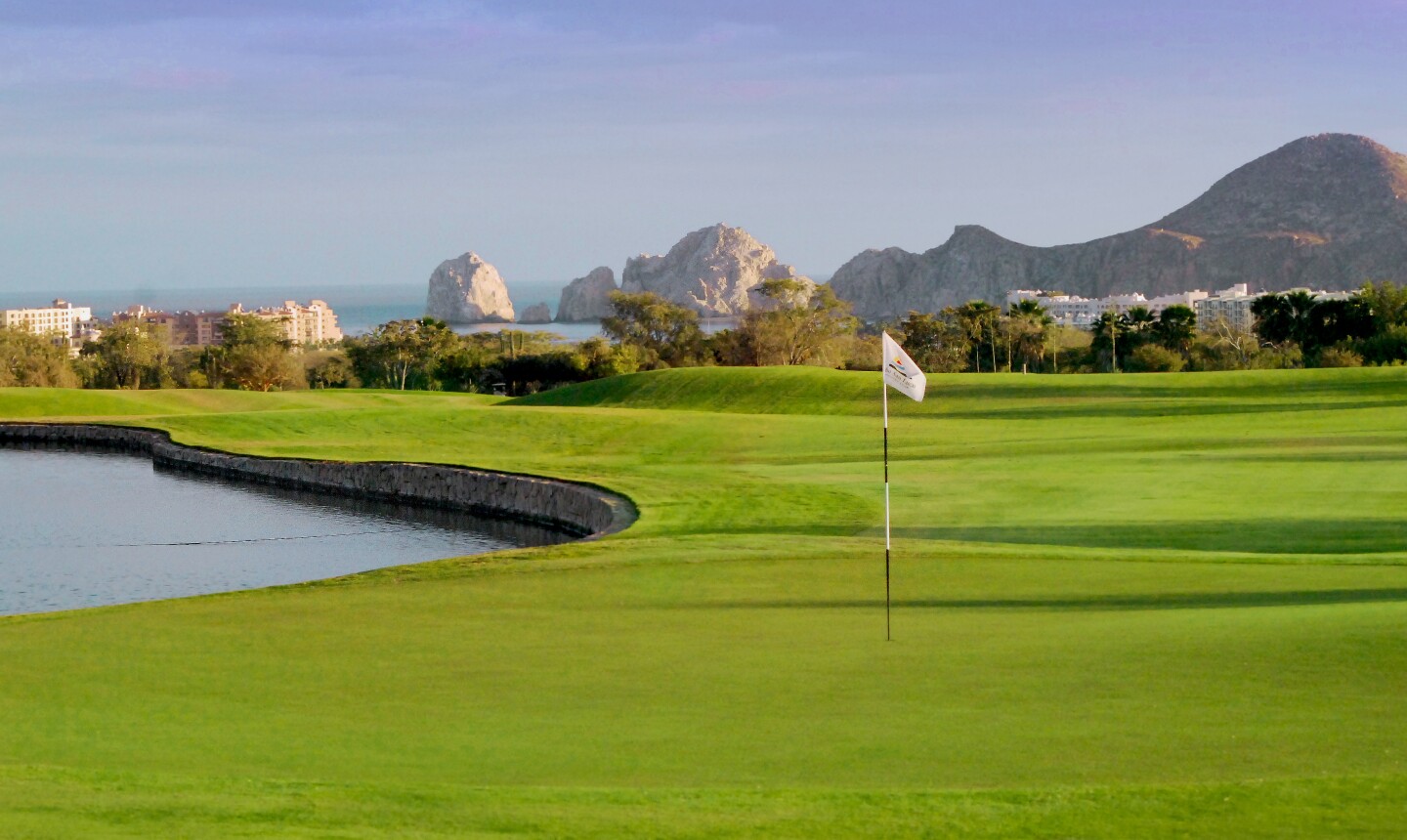 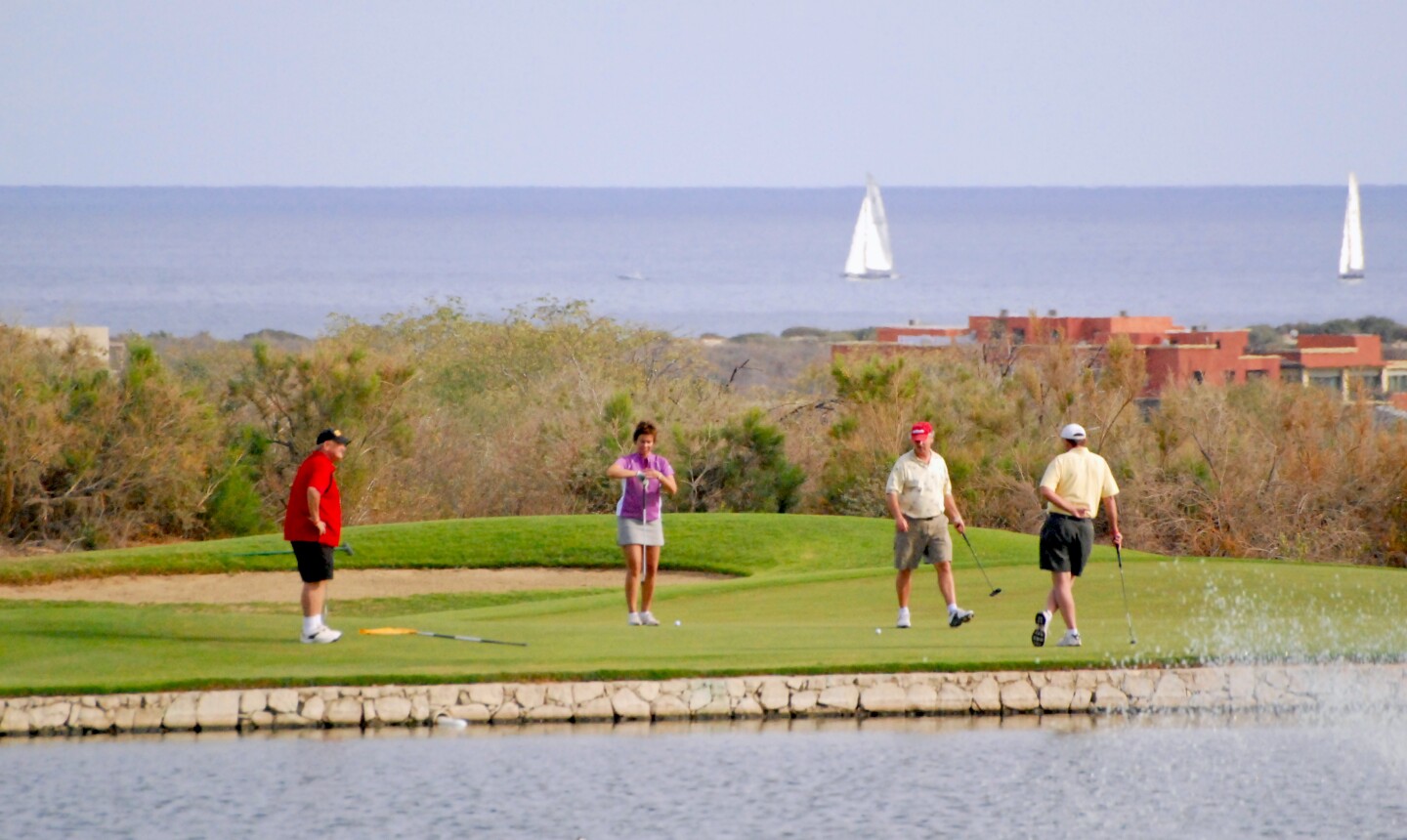 But Grindereng, the course's director of golf, sees potential, loads of it. All he wants is the means to unlock it.

Grindereng said he believes his course might finally have caught a break -- new owners who are investing in the place. The view of the famous Arch at Land's End at the tip of Mexico's Baja Peninsula remains the property's major selling point.

"It is such a beautiful place. It just hasn't had anybody to take care of it," Grindereng said. "It has excellent potential."

Dudley Welsh, a member who lives on the golf course, has the same vision. He's been here from the beginning when the course opened in 1995 and says nobody has played the course more than him. He credits the perseverance of Matthew Dye -- Pete Dye's nephew -- with seeing the 7,220-yard course to fruition after the original architect -- his father, Roy Dye -- passed away during construction.

Nothing has come easy for the club. Financial woes have plagued several owners, forcing several name changes. In 2001, flooding from Hurricane Juliette took out six of the holes on the back nine. Through it all, Cabo San Lucas Country Club has carved out a niche as the most affordable local track. The "working man's" course, as Welsh puts it.

A recently completed multimillion-dollar water treatment facility right on the course is the biggest piece of the comeback puzzle. All nine lakes and ponds will eventually be drained, cleaned up and refilled with cleaner, odor-free water. Grindereng said updating the irrigation system should be completed by fall, while work on the 80 bunkers and course conditioning will be ongoing. Bunkers will eventually be redone as well.

"The biggest obstacle is to clean up the reputation it has built for the last 15 years," Grindereng said. "... But for the locals, it is one of the funnest courses in town. They play because it is the most challenging."

The water hazards and bunkers, coupled with small greens, make this one of the toughest tests in Los Cabos. Water comes into play on 11 of the 18 holes, including No. 7, a twisting par 5 with a three-tiered lake flowing along the right side of the fairway.

"The layout is excellent," Welsh said. "It challenges the length and shot-making and abilities of a good golfer."

Other upgrades will enhance the experience for visitors. A half-built structure that has stood for years next to the small pro shop will finally be transformed into a new bar and grill and real estate center. If all these plans follow through, the future forecast for the club remains sunny, just like the weather that attracts so many golfers to Los Cabos in the first place.

The club boasts the best bang for your buck in Los Cabos. It's also conveniently located close to town. If the club's superintendent can consistently produce better playing conditions, that improvement would quickly erase the struggles of the past.

Jason Scott Deegan
Jason Scott Deegan has reviewed more than 1,000 courses and golf destinations for some of the industry's biggest publications. His work has been honored by the Golf Writer's Association of America and the Michigan Press Association. Follow him on Instagram at @jasondeegangolfadvisor and Twitter at @WorldGolfer.
0 Comments
Related Links
Destination Guide: Great golf and more in the Los Cabos area
More from the author 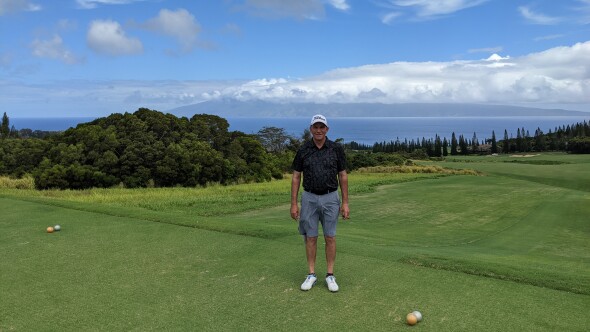 Articles
4 Min Read
The Ultimate Golf Road Trip: Playing courses in all 50 states
Roger Page finished his adventure with a whirlwind trip from Pebble Beach to Alaska to Maui.

Kira K. Dixon
Lifestyle Correspondent
Now Reading
Cabo San Lucas Country Club ready for rebirth in Los Cabos
New Cookie Policy
WE AND OUR PARTNERS USE COOKIES ON THIS SITE TO IMPROVE OUR SERVICE, PERFORM ANALYTICS, PERSONALIZE ADVERTISING, MEASURE ADVERTISING PERFORMANCE, AND REMEMBER WEBSITE PREFERENCES. BY USING THE SITE, YOU CONSENT TO THESE COOKIES. FOR MORE INFORMATION ON COOKIES INCLUDING HOW TO MANAGE YOUR CONSENT VISIT OUR COOKIE POLICY.
CONTINUE
Search Near Me