You cannot win if you do not play.

I recently played Harbor Shores Golf Club in Benton Harbor, Michigan. It has an interesting backstory, which I'll expand on soon, but here's the quick gist of the place: it's an upscale public course that, every even year through at least 2024, hosts the Senior PGA Championship. The Jack Nicklaus Signature course's green fees top out at $150.

Unless, of course, you are in the know. Every Thursday during the summer, Harbor Shores has a skins game. Tee times run from 4:15 pm to 5:15 pm (the course uses 15-minute tee time intervals). This is a perfect time to play, because it stays light past 9:00 pm on the west coast of Michigan through much of the summer. The skins game is open to anyone who wants to play. Club pros from area courses often come down and bring friends and members. The kicker: the skins pot buy-in is $30 per person, on top of an unusually low $30 per person green fee. That means you can play Harbor Shores for less than half of the normal tariff (twilight rates do kick in at 4:30 pm for $65 - still a discount). What's more, you could win your money back (and then some) with a well-timed birdie. If you're in the neighborhood, call up Director of Golf Josh Doxtator and he'll be glad to include you.

This is not a new concept, but it is something of a secret. For example, in Hawaii, Maui's courses are known for running similar regular cut-rate skins games, even at upscale spots like Kapalua. They are mostly geared toward locals, but everyone knows the money of visitors who catch wind of the games spends just as well. 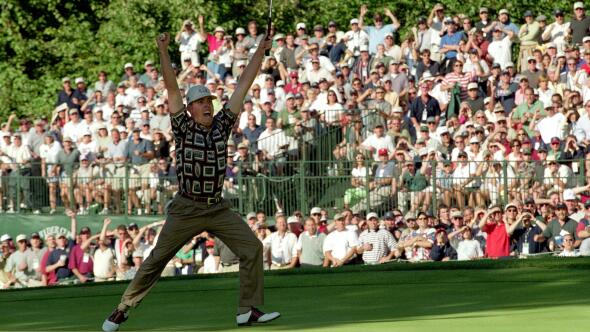 Articles
2 Min Read
Previously, on 'Cool Golf Things'...
Two memories stand out; one major champion anchors both of them.