Waiting out the market is a Cool Golf Thing

Someone's about to move into a house built for Jack.

Golf and real estate have a tenuous relationship. Unfortunately, it is often a parasitic one, where home developers prioritize placing lots on the land that would otherwise produce the best golf course. And when they maximize home sites, damn the consequences, hole corridors suffer, condemning the course to mediocrity at best. Sometimes, though, those two forces coexist, producing compelling golf within a sensible residential community. Of the residential courses I've played, Creighton Farms west of Washington, D.C., has one of the better housing layouts to go along with its tough-but-fun Jack Nicklaus-designed golf course.

If this setup sounds appealing to you, you're in particular luck to learn that you could move into Nicklaus' own house at Creighton Farms. It was built for and gifted to him as part of his compensation for designing the course. If $2.7 million happens to be within your current real estate budget (mortgage rates at all-time lows, after all), the 5,500-square-foot, 4-bedroom/4-bathroom house at 22360 Wilson Meadows Lane could be yours.

If those details aren't enough of an enticement, keep in mind that the house comes with a painting depicting a golden bear (not the Golden Bear, but rather his animal avatar) prominently displayed above the fireplace. With all due respect to the artist, though, the more important inclusion for the avid golfer is probably the initiation fee for Creighton Farms membership. Even better, the clubhouse is within easy walking distance of the front door. 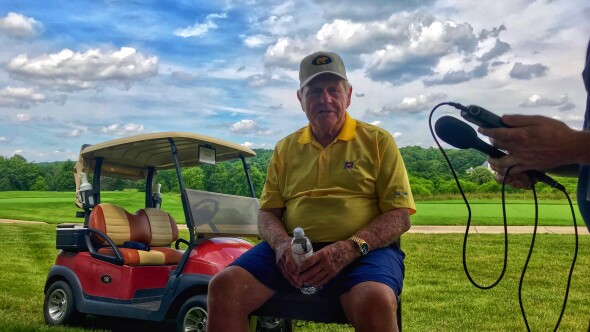 Tim, Please contact me about rare golf courses. Check out garywiren.com for info.

I went to Creighton Farms once for the most expensive golf lesson I’ve ever taken. I walked into the clubhouse and immediately felt like I didn’t belong. WAY too much money there for my comfort zone, right down to the clothes everyone was wearing.