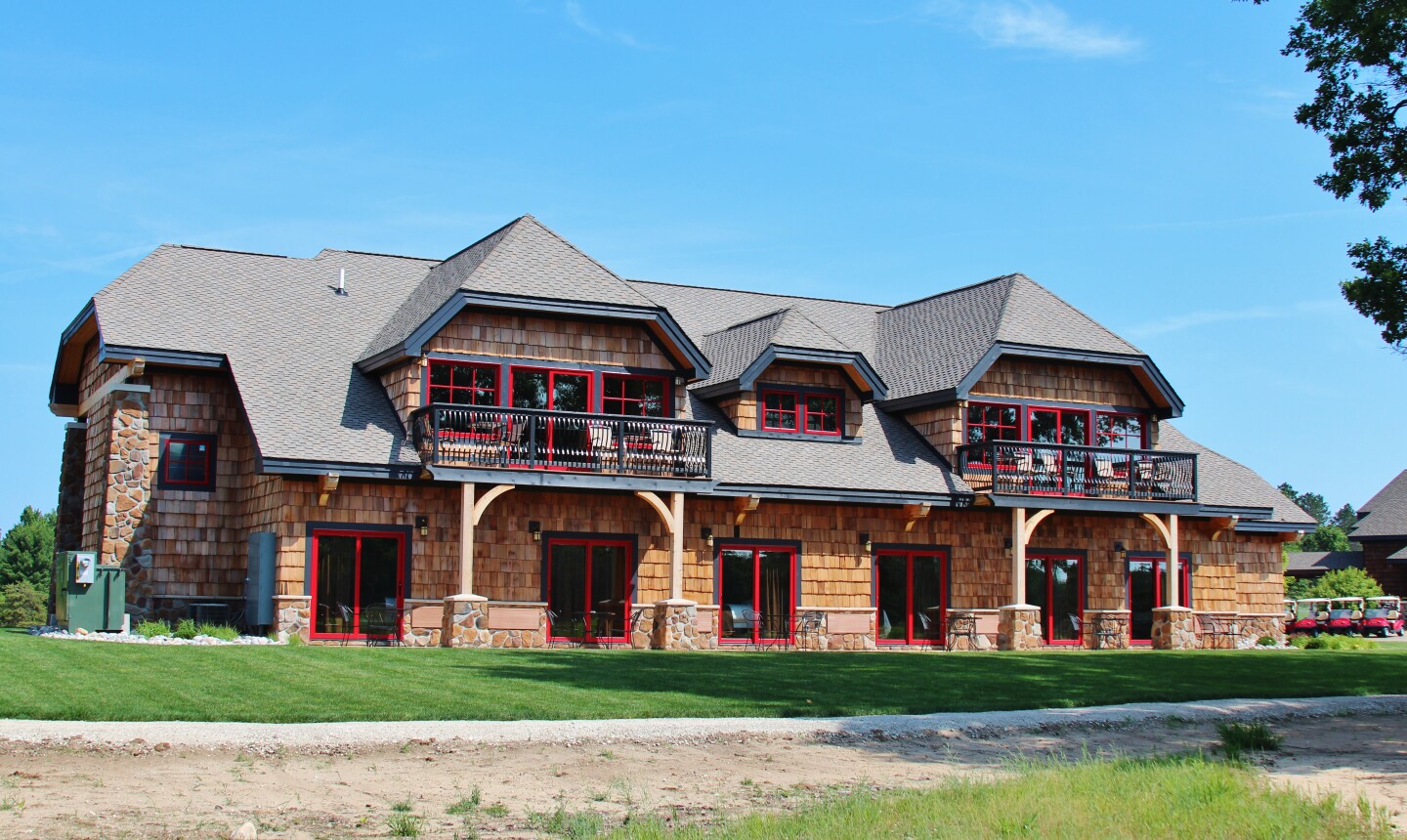 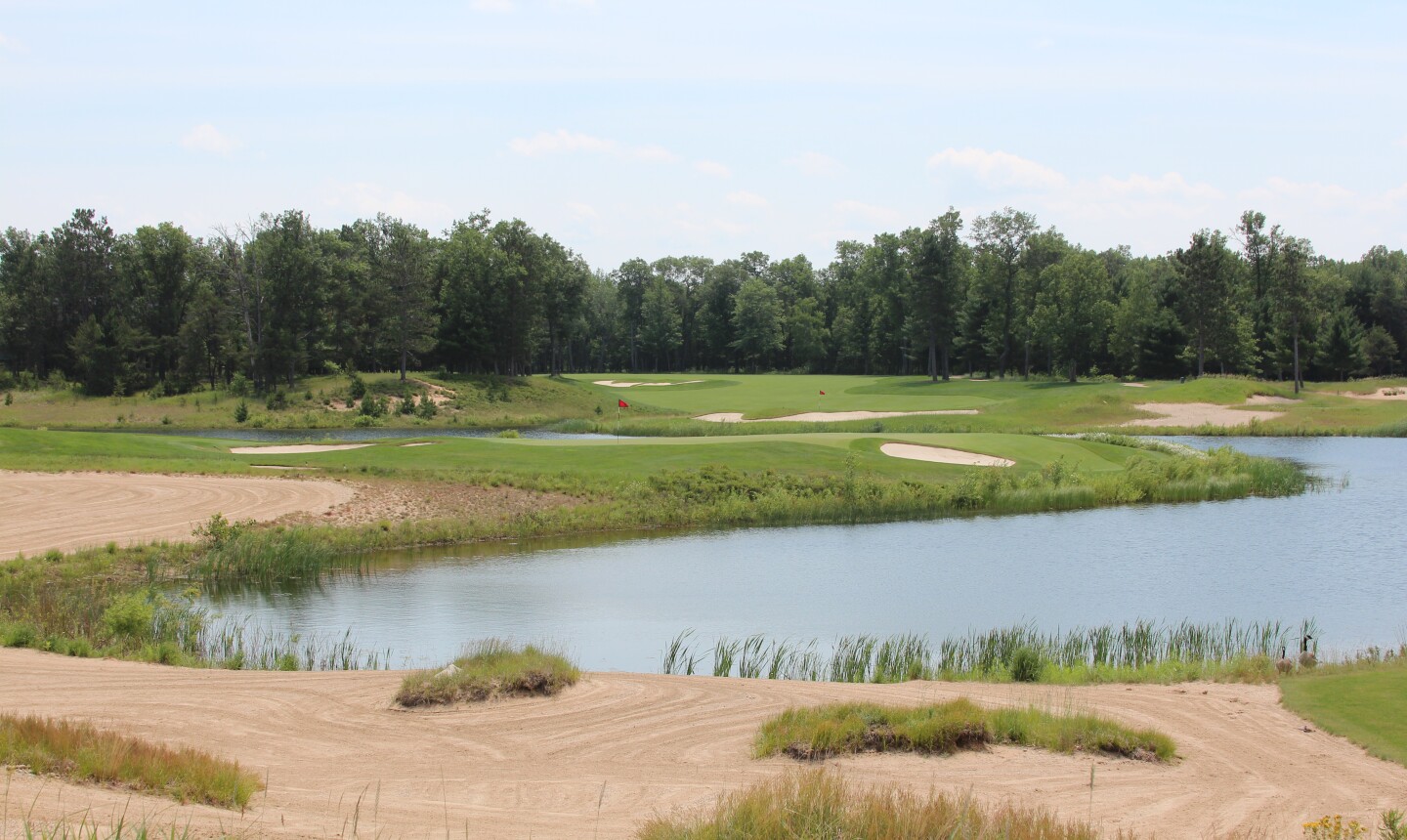 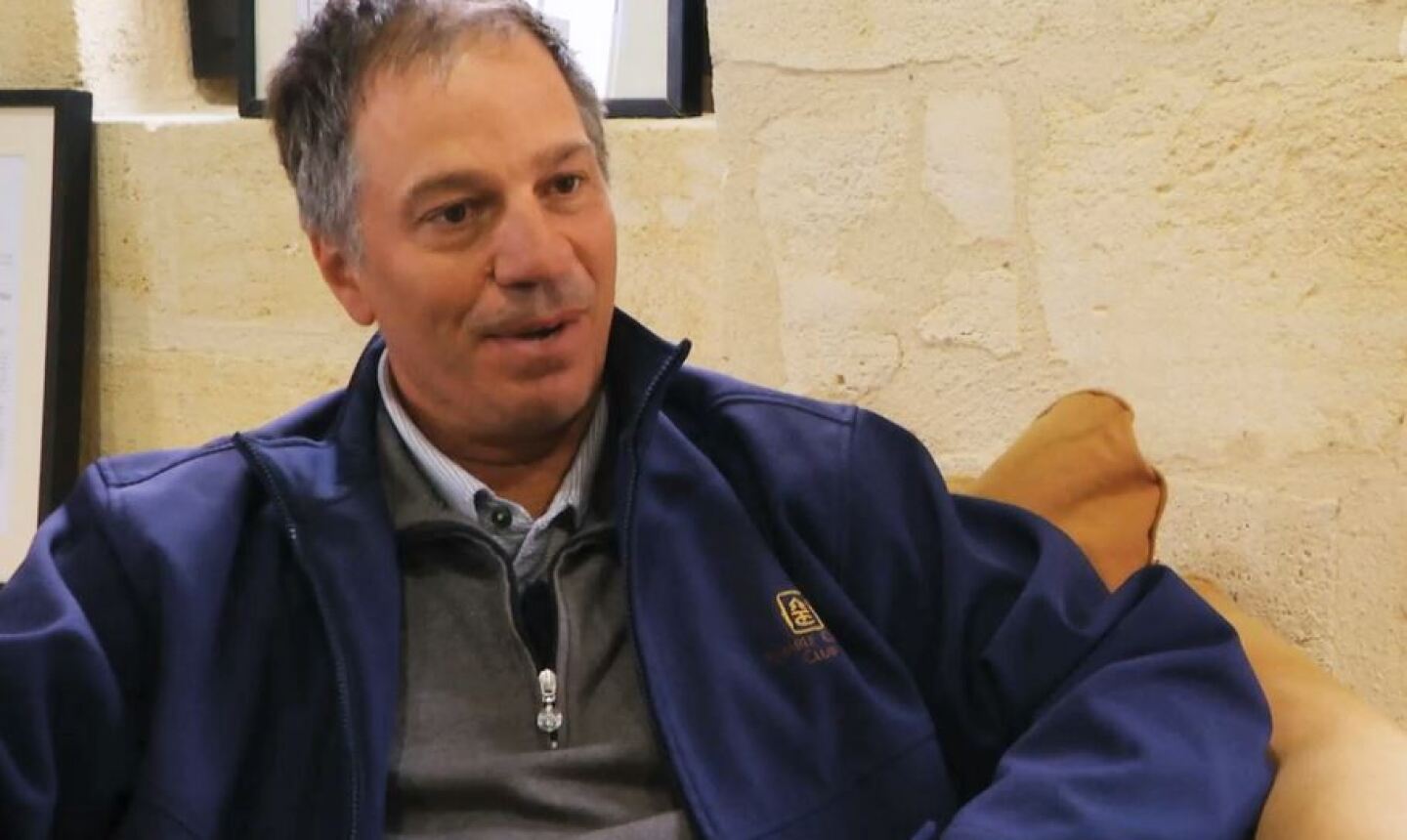 At Forest Dunes Golf Club in northern Michigan, Tom Doak plans to build a course that can be played forward and backward. Courtesy of Golf Channel

The announcement that Tom Doak will build the world's first reversible golf course at Forest Dunes Golf Club has injected national interest into this remote golf outpost in northern Michigan.

Forest Dunes General Manager Todd Campbell said inquiries about membership and real estate have spiked, a far cry from a decade ago when the course sat closed and overgrown because the surrounding development never got off the ground.

"There is a ton of curiosity," Campbell said. "There is a ton of positive energy. There is a lot of head scratching, too. People can't get their heads around it. There are a few who think we have lost our mind. We kind of knew that. When you go outside the box, there are people who pat you on the back and say, 'Go get 'em' and others who aren't into new concepts and ideas. They are still talking about it (either way). That's the main thing."

The reversible golf course -- two distinct layouts using the same greens that will play clockwise one day and counterclockwise the next -- makes perfect business sense in today's golf climate. Campbell can't imagine anybody who will play the layout only one way. Guaranteeing two rounds on successive days means an overnight stay, not to mention more dinner and drinks served inside the magnificent Adirondack-style clubhouse.

It's the latest step forward made by Forest Dunes owner Lew Thompson, who bought the club and surrounding real estate lots in 2011. Last year, Thompson, a trucking magnate from Arkansas, built the 14-room Lake AuSable Lodge to entice golfers to stay on the 1,500-acre property inside the Huron National Forest. Plans are already in the works for more lodging once the new course opens in the fall of 2016.

Campbell said he and course superintendent Jim Bluck each gave Doak a list of items they wanted to see in the new course when they began talking last year. It had to be inexpensive to build and maintain, unlike the current Forest Dunes course, a Tom Weiskopf marvel ranked among the top 10 public courses in the country by the Golf Channel's Matt Ginella.

Doak, a leader of the minimalist movement in course architecture, was an obvious choice. That his Renaissance Golf Design team is just 70 miles away in Traverse City didn't hurt.

"We wanted something different, something unique," Campbell said. "We probably have a blonde, and we wanted a brunette. When he came back last fall, that's when he gave us a routing plan. It blew our socks away. It was really cool. It was goosebumps, pretty exciting and refreshing.

"It's almost so simple, it takes a genius to figure it out."

Campbell said one of the stipulations was that the course(s) play less than 7,000 yards. He indicated one direction will be a 6,900-yard par 72; the other will be a par 70-71 between 6,600 yards and 6,900 yards. The plan is for Doak to work in one direction, while associate Brian Slawnik worries about the details from the other side.

A big challenge, Doak indicated, will be designing greens that play fair, yet interesting, both ways.

"This is a concept I have thought about for 30 years," Doak said in a statement. "You need the right site and the right client to understand the appeal of it. At Forest Dunes we finally have both."

Playing golf courses backward isn't new. Many clubs do it once a year for fun, but this concept could be revolutionary for future golf developments if Doak can pull it off successfully. What owner/operator/developer wouldn't want two courses for the cost of one? (One designer's fee on the same land with one maintenance budget.)

"It's going to be very interesting," Campbell said. "I think consumers will appreciate golf course architecture more (once they play it). It gives our guests an opportunity to have a second or third beer to discuss the round.