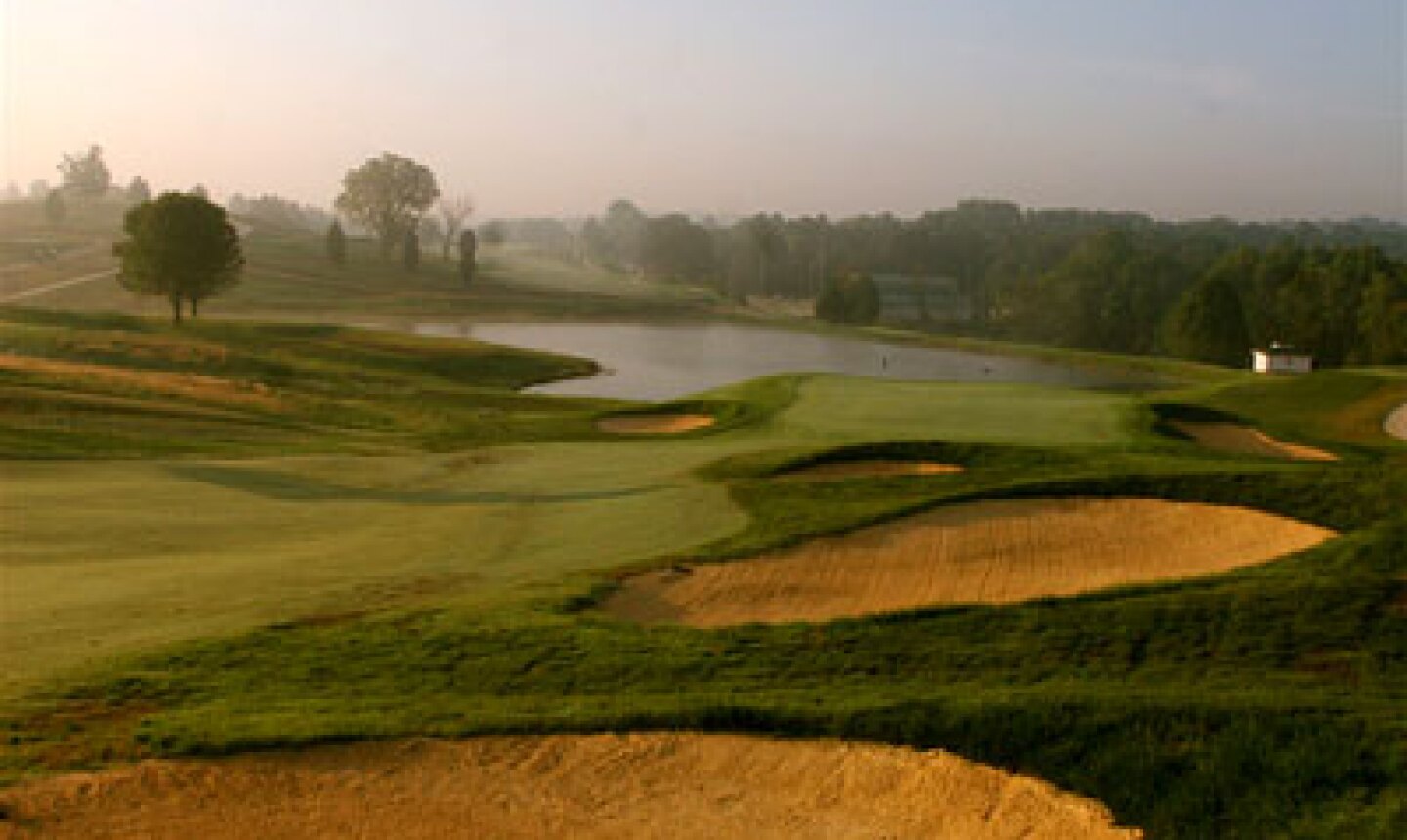 The Donald Ross Course at French Lick Springs dates back to 1917 and hosted the 1924 PGA Championship. Courtesy of VR National 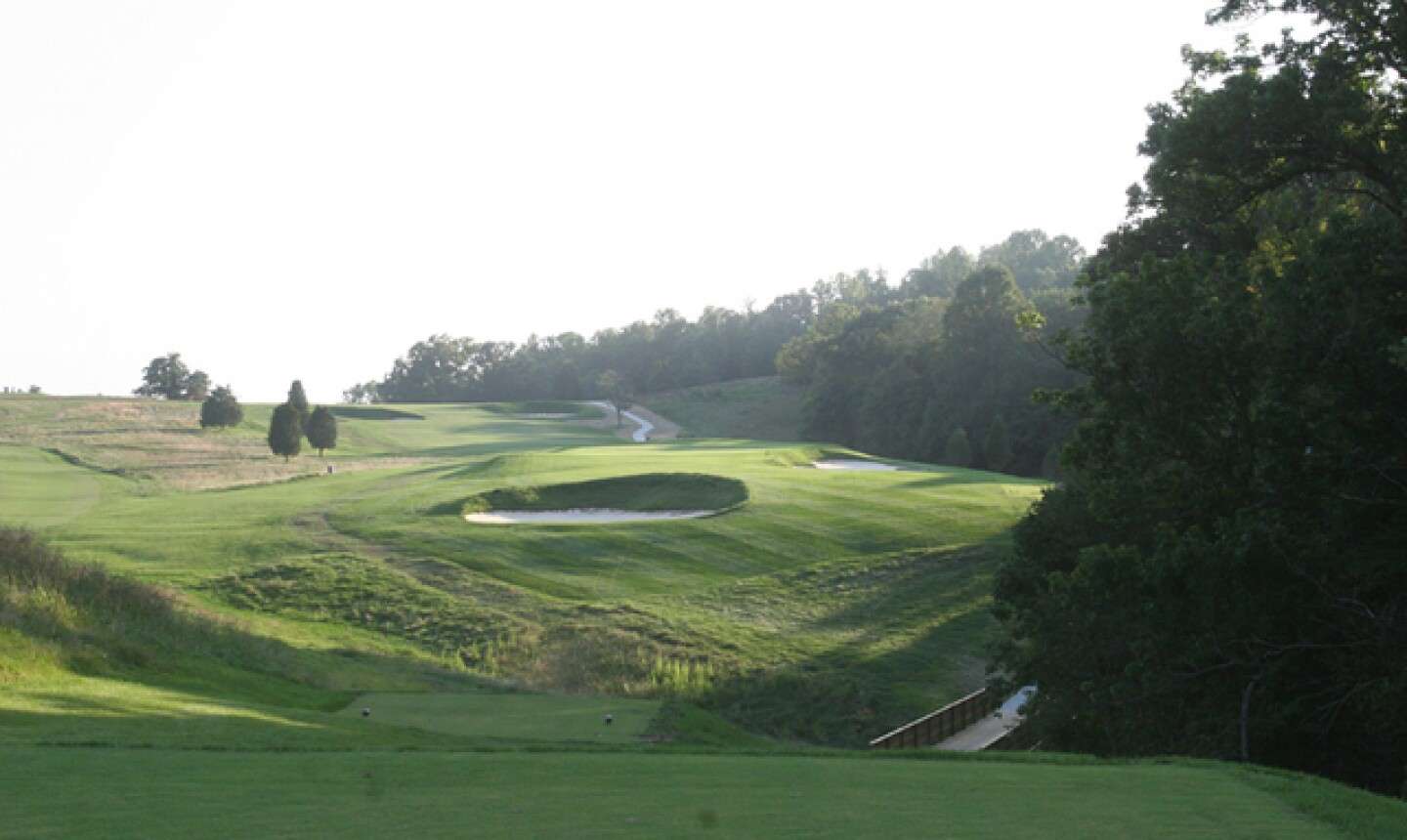 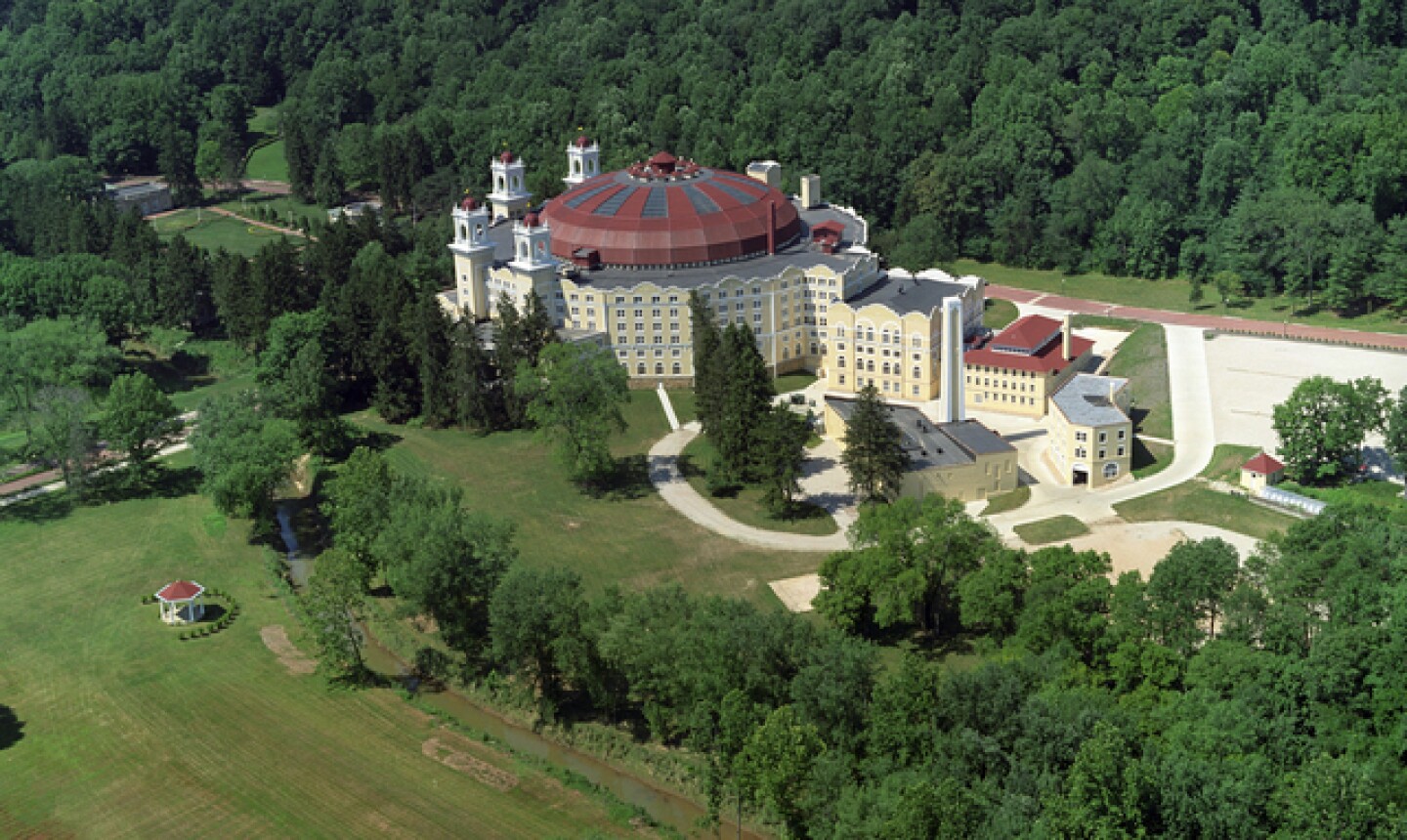 Dubbed the "8th wonder of the world" when it opened in 1902, the West Baden Hotel featured what was at the time the largest existing dome. Courtesy of French Lick Springs

FRENCH LICK, Ind. - Long before Larry Bird honed his jump shot on hoops in nearby West Baden Springs, or Indiana native Pete Dye agreed to come back and build a new golf course on some of the state's highest mountaintop terrain, there was the Donald Ross Course at French Lick Springs Resort in southern Indiana.

Ross originally built the golf course in 1917 (then named the "Hill Course"), and it hosted the 1924 PGA Championship, back when the event was still a match play format. But French Lick had been attracting visitors from over 100 miles away for over a century prior to its mystical Pluto mineral springs. The West Baden and French Lick hotels were both rebuilt around the turn of the 20th century and became a luxurious getaway full of spas, horse riding and illegal gambling. Even Dye himself, who is finishing up his own course at the resort, won a state amateur event here in the 1950s before moving on to his famed career.

The Ross Course has indeed stood the test of time, going on over 90 years now. It's also shining brighter than ever after a recent $4.7 million renovation (part of a $500 million resort renovation and expansion that has brought in legal gambling), conducted in part by the Donald Ross Society and architect Lee Schmidt.

They restored the 35 original bunkers to be deep and vicious. Greens were expanded to their original square and rectangular shapes, with an average increase of 25 percent.

"The greens are the heart of the golf course," said Schmidt. "They give the Ross Course its character and personality."

These greens, you'll discover quickly, are not to be taken lightly. Though a slower brand of Bermuda grass, they break severely, as you would expect on property as undulating as this one. Most greens and tees sit on high points on the course, while the fairway often plays beneath. At a par 70 and over 7,000 yards, this is no resort-friendly course. To score well, you need both a steady putter as well as a driver, as tall heather encircles several holes, creating an O.B.-like effect; it's so thick in most spots finding your ball is nearly impossible.

The par-4 eighth hole is one of the golf course's most extreme and a rare sharp dogleg to the left. A valley separates the fairway from the severely sloped green, which features seven feet of elevation change from back to front and multiple shelves. Leaving your approach shot above the pin is practically a guaranteed three-putt.

One hole that doesn't finish at an elevated green is among the course's finest: the long, par-4 14th hole that is quintessentially Ross. The tee shot is blind over a hill, with only tall trees framing the landing zone. Once you get to your tee shot, however, it's back downhill toward a green pinched with traps and water.

The Ross Course is getting a bigger, bolder nextdoor neighbor in the Pete Dye, scheduled to open in 2009. But the Ross Course holds its own to this day, thanks to the recent renovations and an authentic, albeit topsy-turvey Ross design.

While both the Dye and Ross courses are on hilly terrain, it's interesting to see the contrast between what a classic architect did with the land with little more than a horse and plow, versus Dye's unlimited budget and arsenal of heavy machinery that allows him carte blanche on the landscape.

Both courses are worthy plays though, giving the resort two solid courses as good as anywhere in the Midwest. They're both as challenging as you could ask for too, and will combine to host the PGA Professional National Championship in 2010.

Ownership changes several years ago have led to a massive restoration of this once grand spa town. Both the West Baden and French Lick hotels, about a mile away from each other, fall under the same ownership umbrella, along with all of the golf courses, new casino and spas, creating one all-encompassing resort where there is always a free shuttle bus waiting to take you wherever you please.

Both turn-of-the-century hotels received massive facelifts. The casino was built adjacent to the French Lick property and opened last year. The West Baden Springs Hotel property re-opened as a hotel for the first time since 1932 and the massive dome structure, intact once again, still draws "ooohs" and "ahhhs" from 21st century visitors.