EagleSticks Golf Club: It's worth the 'trot' from Columbus, Ohio 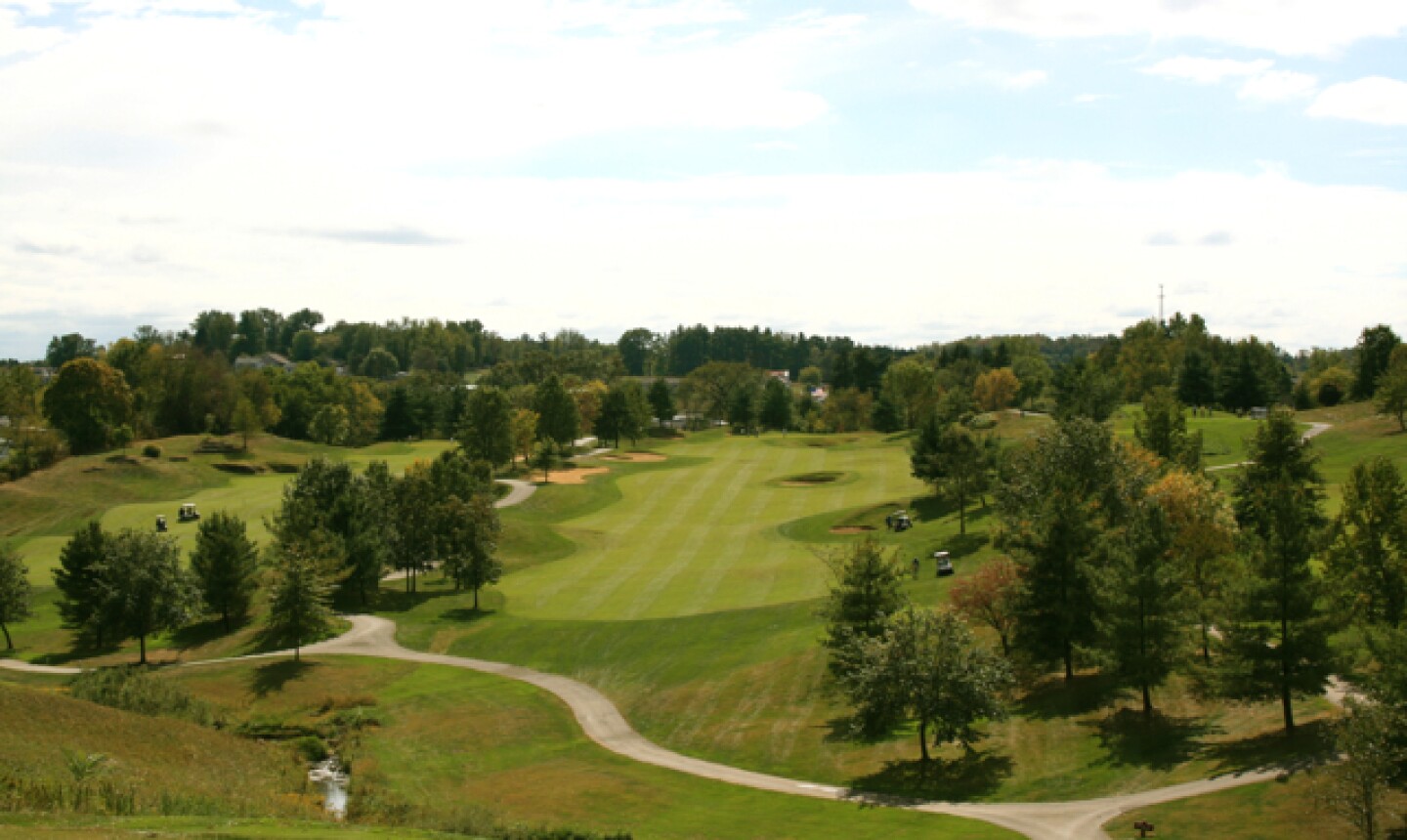 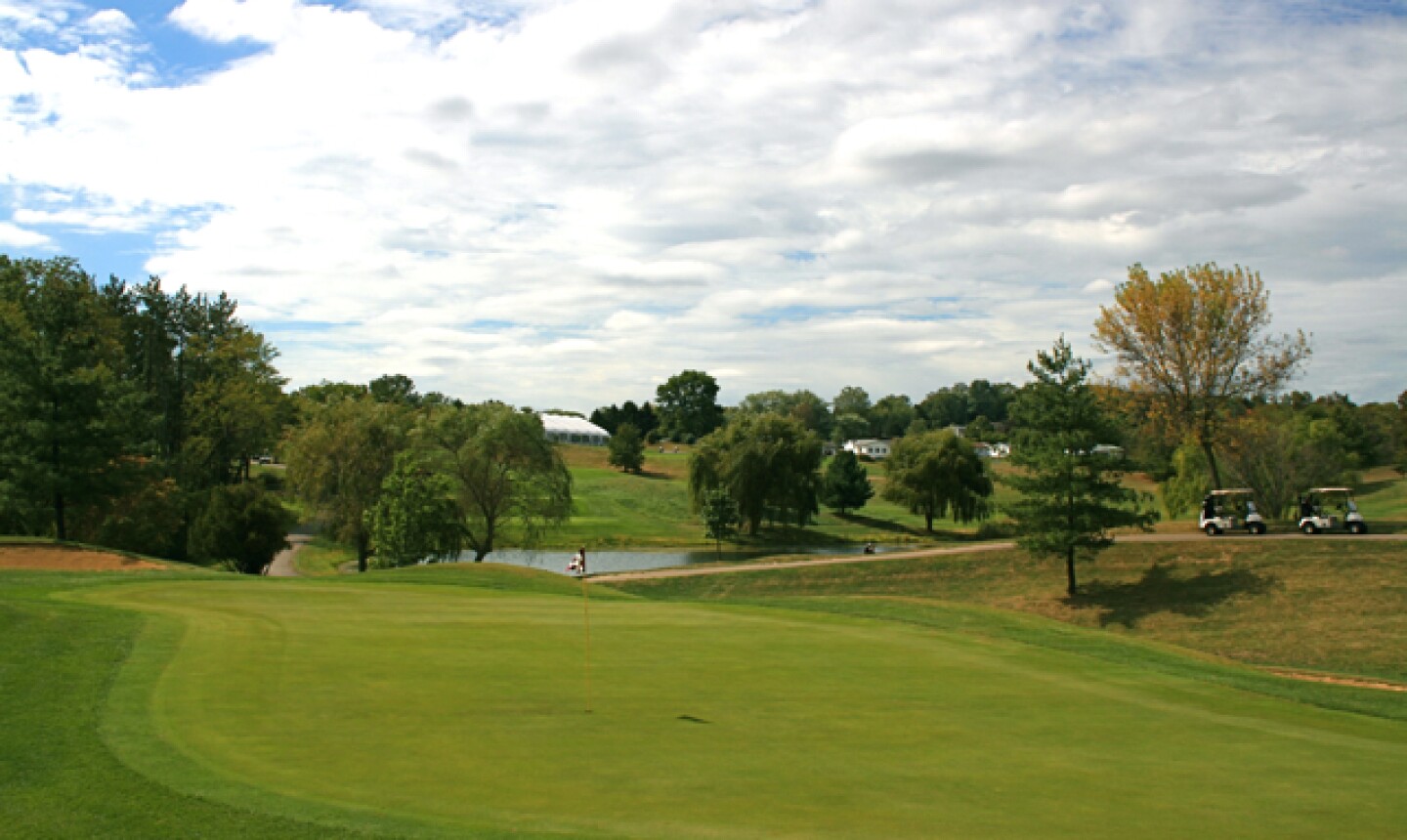 ZANESVILLE, Ohio - A storied golf mecca like Columbus is bound to have some forgotten gems along its fringes that, unfortunately, are going to sneak under the radar to many golfers.

EagleSticks Golf Club, located 60 miles east of the state capital in Zanesville, is a prime example, certainly worthy of a play - as long as you can find it.

Opened in 1990, the golf course is set on just 150 acres of hilly, rural land well off the beaten path. In fact, this property was originally the McClelland family's "Circle K Farm" where Standardbred horses, also known as "trotters," were trained.

Course architect and Ohio native Michael Hurzdan took advantage of this rolling acreage, severe at times, by placing a lot of elevated tee shots and some player-friendly downhill holes - but also including some more difficult, elevated green locations and sloping fairways that will yield awkward stances in landing zones.

It makes for a golf course that will throw a lot of different things at a golfer over the course of 18 holes and a round that seemingly flies by.

Holes no. 2 through 7 at EagleSticks Golf Club are where you want to take advantage of the golf course, which among them includes three short par 4s and the par 5 second hole that plays straight downhill and is easily reachable in two with a good tee shot (which is likely, as anything that lands left of the fairway kicks down towards the center).

The par-4 seventh is even drivable if you want to be aggressive, as it plays downhill the whole way, and balls that can reach about 30 yards in front of the green will likely roll down onto the putting surface.

You might think the golf course is a bit of a pushover if you're hitting the ball well to this point. Don't get cocky, though, EagleSticks is about to show its teeth.

"Holes 8 through 13 become the gauntlet," says EagleSticks Assistant Professional Ryan Ford, adding that it's a course that can be sneaky difficult despite a shorter yardage from the tips at just over 6,500 yards. "The shorter yardage can be misleading to a lot of people."

The most intimidating shot on all of EagleSticks for many of the players is going to be the tee shot on the par-3 10th hole. Not only is it right next to the clubhouse where there will surely be some onlookers, it's a 193-yard shot to a moderately shallow green guarded by a large pond in front.

"You'd be surprised how many balls don't even make it halfway across the water," admits Ford.

What is widely considered to be the club's signature hole follows the formidable 10th: the long, snaking par-5 11th. From an elevated tee, the hole plays downhill to a wide open landing area but narrows significantly on the second shot to a fairway tucked between a creek on the left, complete with covered bridges heading over the stream, and trees sitting along a steep slope on the right.

Both nines here finish strong. Both no. 9 and 18 play from similar elevated tees parallel to each other, down to a fairway below, that trudges back up the hill to a green you probably won't be able to see from your tee shot - just the tip of the flagstick most likely.

At just a par 70, and with some holes that play longer than their yardage would indicate, EagleSticks is still plenty of golf course from the 6,500-yard tips.

They've even lengthened it a little since the original open, adding a new back tee box on the par-4 14th that adds over 40 yards. The back nine features an interesting flow of holes: with four par 4s in a row between the 13th-16th before finishing with a par 3 and a par 5.

Facilities include a driving range and putting green, along with a serviceable clubhouse with a casual dining room for lunch and dinner.

In the stay and play package , what hotels are available?

Tim Gavrich
Senior Writer
Now Reading
EagleSticks Golf Club: It's worth the 'trot' from Columbus, Ohio
Search Near Me