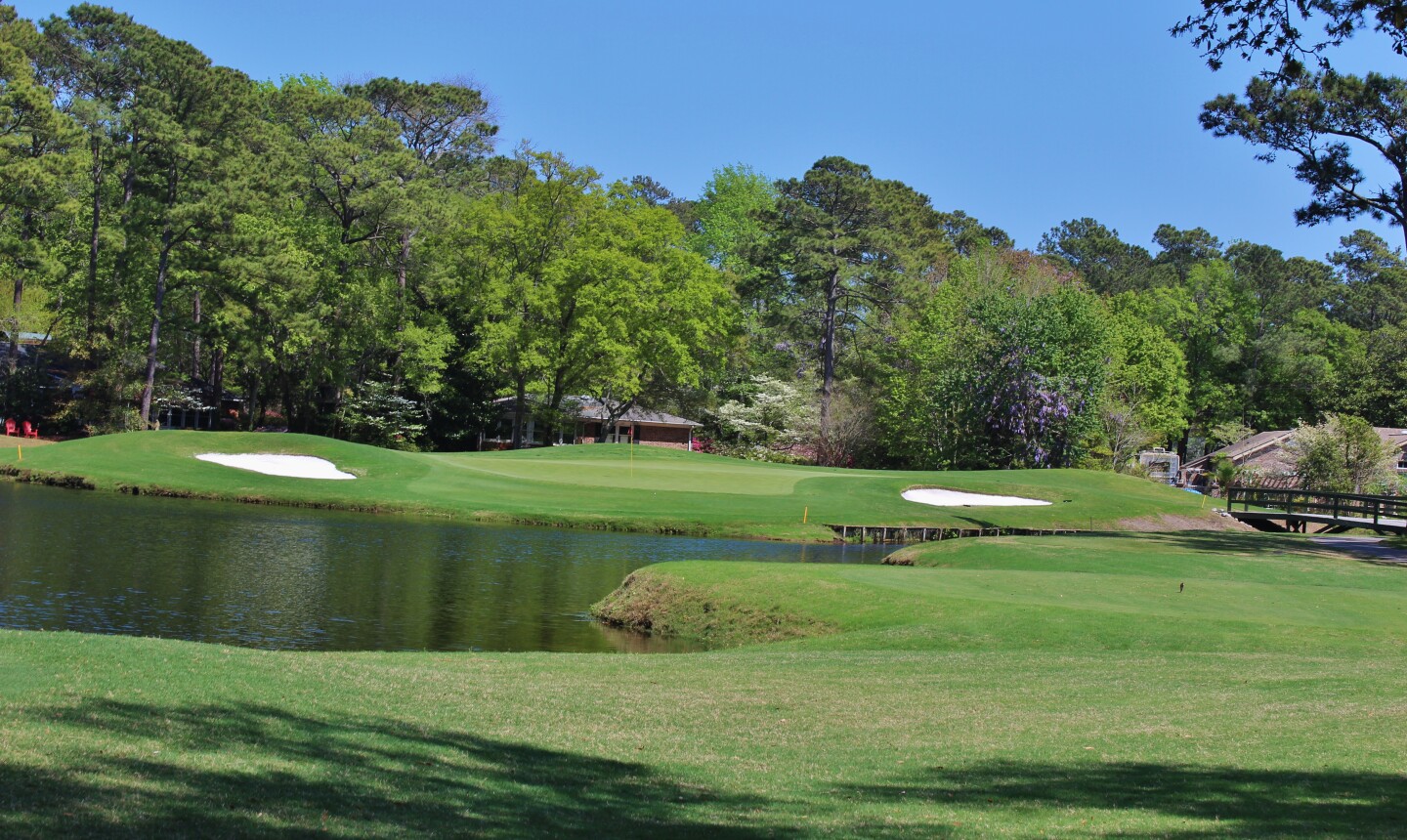 The par-3 sixth is one of the few at the Surf Golf & Beach Club featuring water. Jason Scott Deegan/Golf Advisor 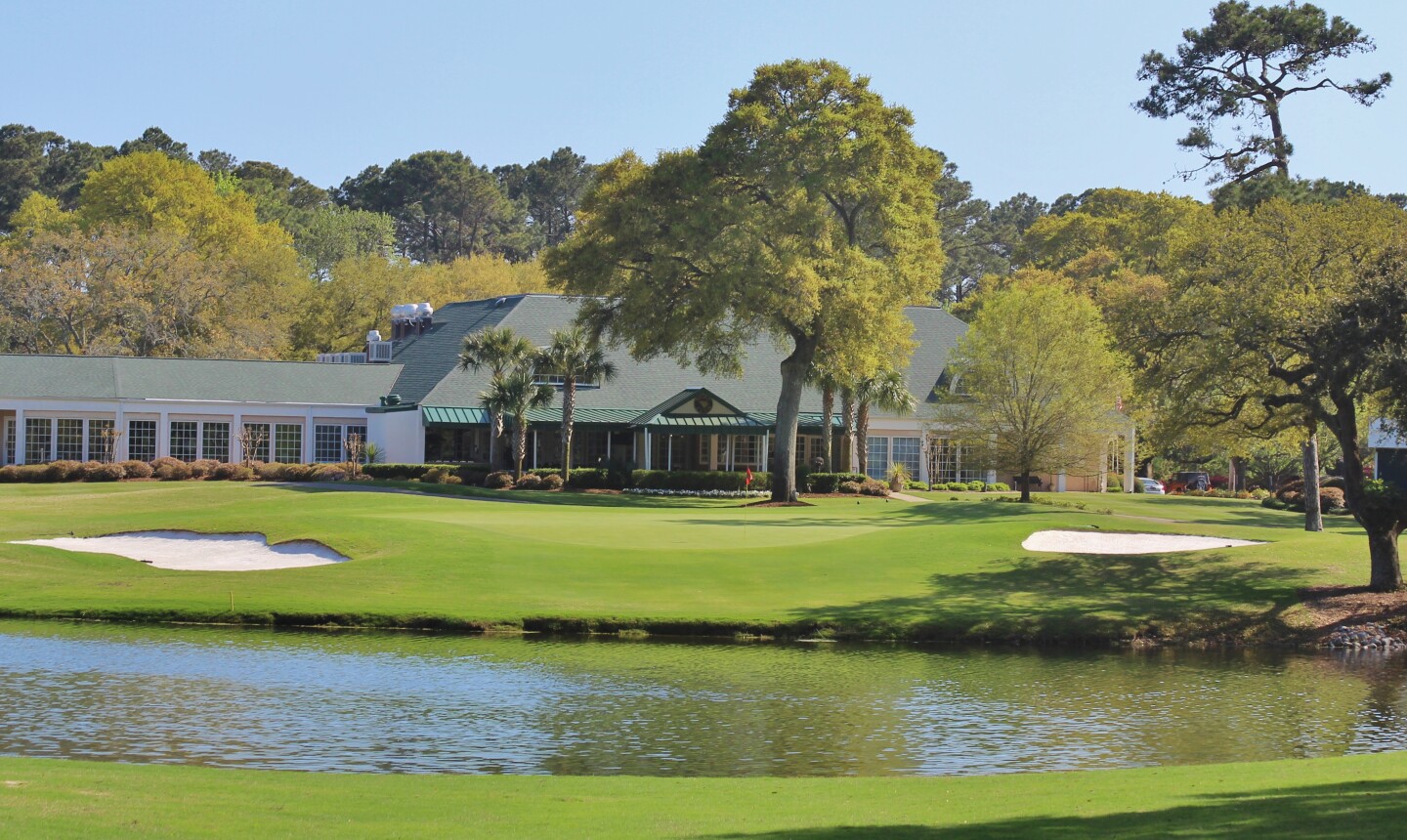 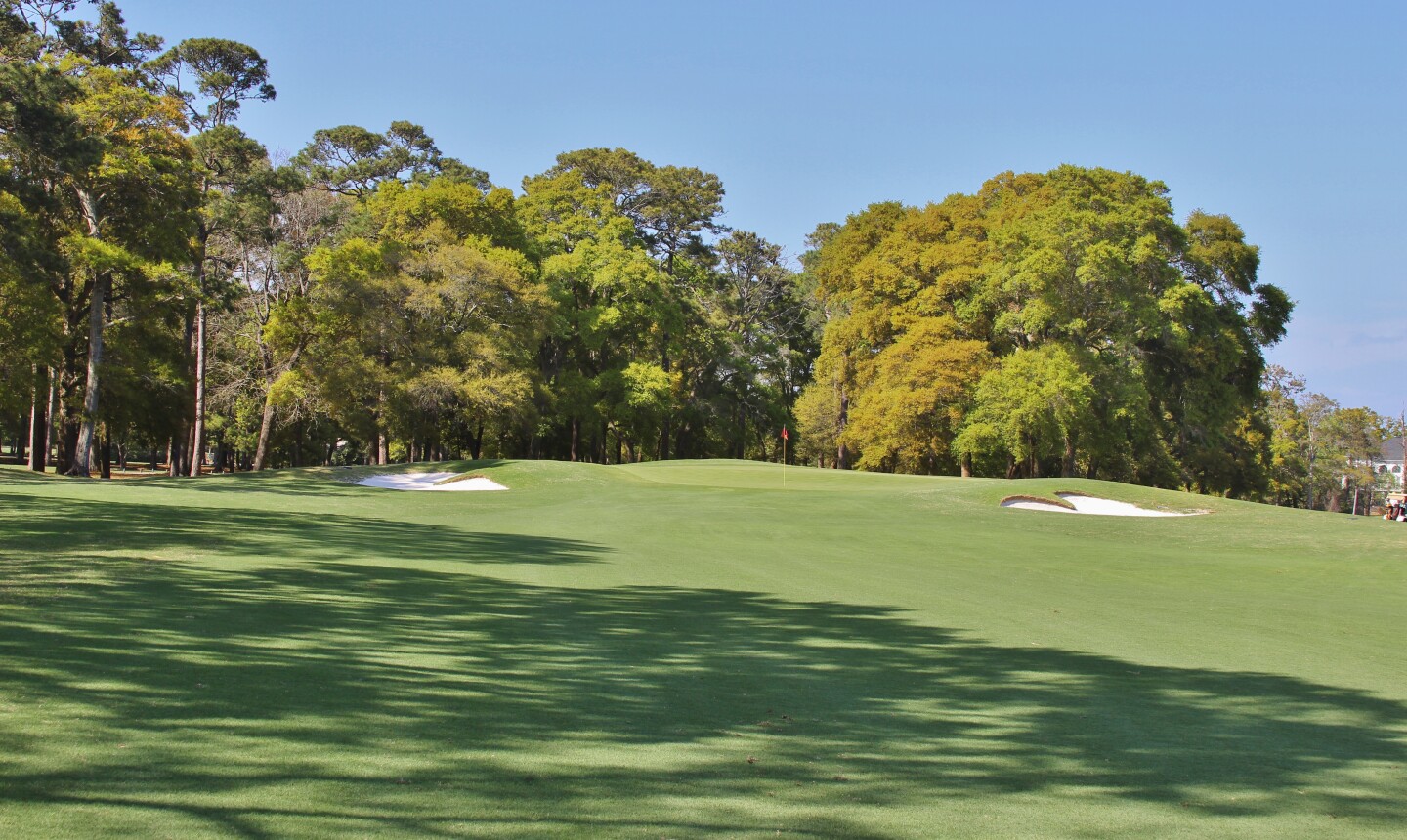 All 10 par 4s dogleg right, some gently and others like an extremely bent elbow. All four par 5s dogleg left, twisting in the opposite direction. All this sameness might hinder lesser designs but not the Surf Golf & Beach Club. What George Cobb designed in 1960 and John LaFoy modernized in 1992 is a 6,842-yard parkland course that provides endless joy for anybody who plays it.

The Surf Golf & Beach Club used to be entirely private, but the realities of a crowded local golf market have opened up availability to the general public. Head Professional Bill Campbell, who has been at the club for 26 years, said it's best to call and inquire about what tee times might be available on a daily basis. Its new, open policy is another boon to Myrtle Beach as a golf destination.

The Surf Golf & Beach Club, ranked no. 17 on the list of the 60 best Grand Strand golf courses, feels so different from other Myrtle Beach clubs.

Slick bentgrass greens and a playable layout are a welcome change from other area courses that have switched over to Bermuda grass greens and harass players with countless forced carries over wetlands and water hazards.

"The best part about our course is you can finish most of the holes," Campbell said. "Some of the scores could be high, but you are not losing balls on every shot. For better players, it is still a challenge, but other players can get around the course."

Carl Oberer, a member of the club since 1998, loves how he always "feels at ease out here." He described playing the Surf Golf & Beach Club like wearing a comfortable old slipper.

"It has the old-style course appeal," he said just moments after a recent round. "There are big, wide oaks. It's not terribly difficult, but the greens are the defense. You get a lot of slippery, downhill putts. It is always in immaculate shape."

Water comes into play on three of the four par 3s, the most demanding coming at No. 18, a 217-yard monster over a pond. The round reaches a boiling point on the 10th hole, a meaty par 5 that modern equipment has made more interesting. Big hitters can attempt a 230-yard blast over two ponds to set up going for the green in two. Other mortals are left with hitting a three-wood or hybrid down the middle of a skinny fairway to avoid water left and woods right.

Campbell isn't particularly a fan of how playing the hole has changed over the years. "It is one of the most memorable holes for the club, but not for the right reasons," he said. "It kind of unfairly rewards a long hitter who can carry both lakes. As long as you hit it long, it is the easiest hole on the course. If you are not long, it is the hardest shot on the golf course."

There are no great water or marsh views on the course, although it still has a beautiful quality to it.

With fewer forced carries, the Surf Golf & Beach Club plays considerably easier than other top-tier courses along the Grand Strand.

The greens are great, and the club has a classy, low-key vibe that anybody would love. Galleries
8 Images
Go old school at the Surf Golf & Beach Club in North Myrtle Beach
Surf Golf & Beach Club remains one of the few Myrtle Beach golf courses sticking with bentgrass greens. Most have converted to mini-verde Bermuda grass to combat the scorching summers. Fast-rolling greens, especially on delicate downhill putts, are the course's main defense. Water guards three of the four par 3s. A peculiar quirk -- all the par 5s dogleg left and all the par 4s dogleg right -– would seem to add up to a boring, predictable round. That's hardly true.