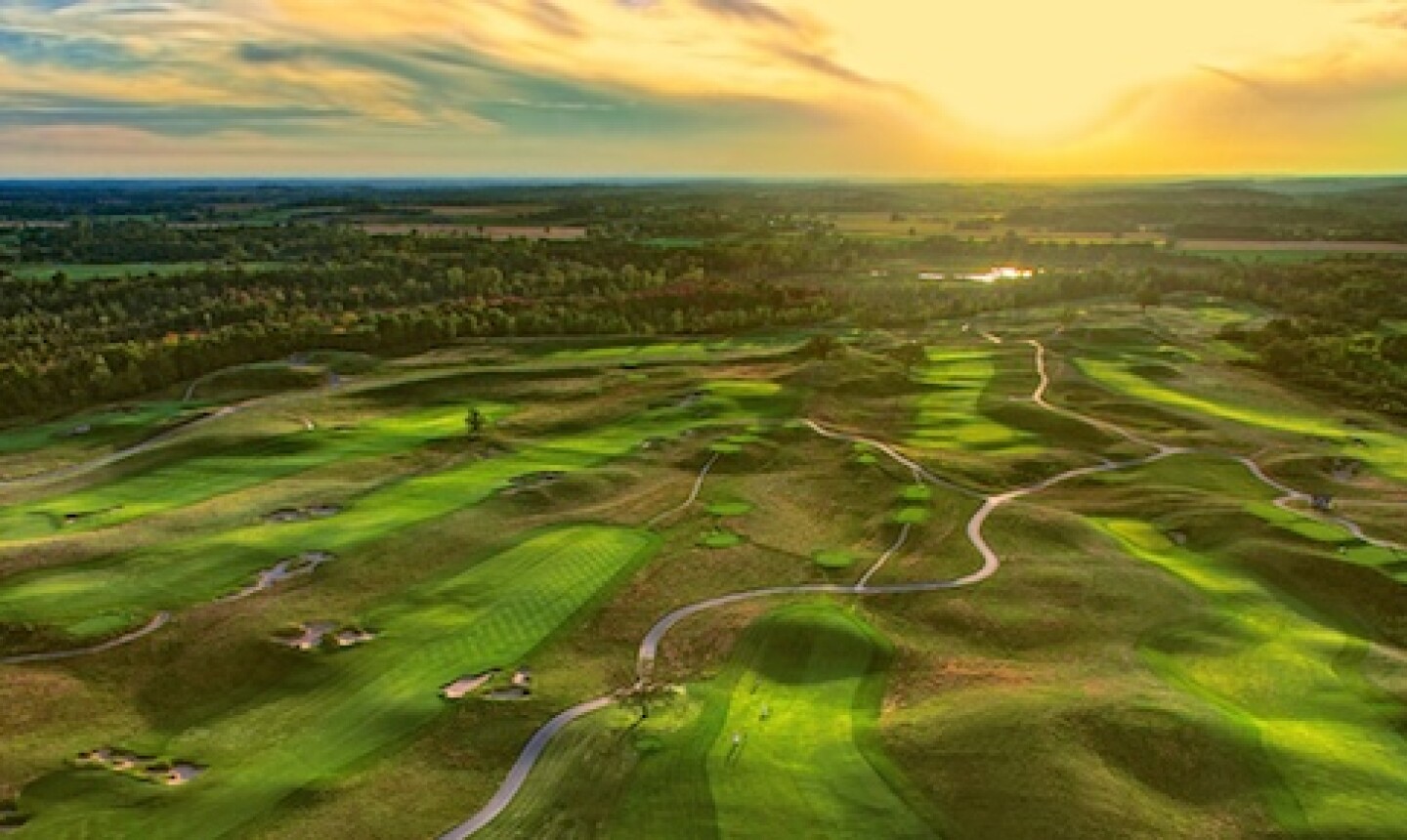 After years of anticipation, the 2017 U.S. Open is set to begin at Erin Hills Golf Course in Erin, Wisconsin.

Due to an unusual series of events in its early years, this Wisconsin golf gem - the longest course in the state - has seemingly lived five lifetimes in the decade-plus since it was announced as the host of the 2008 U.S. Women's Public Links Championship.

It's gone through more ownership changes, design revisions and identity crises than courses three times its age, but at last, it's been fine-tuned into perfect shape, and come this weekend, Erin Hills Golf Course will become the most talked-about layout in the world.

Erin Hills is big - its fairways are wider than most U.S. Open venues', save for unusual and controversial 2015 host Chambers Bay. It's long - with some unlisted back tee boxes, the course can theoretically stretch past the 8,000 yard mark, but will play around 7,800 yards during the Championship. But with four long par fives (which will nevertheless be attacked with wedges or less by the pros) accounting for a bunch of that yardage, plus two short par fours, there are going to be plenty of birdie opportunities.

U.S. Open sites can be a turn-off for us amateur golfers. After all, seeing the pros make bogeys and double-bogeys with regularity doesn't exactly augur well for our own attempts to take on extremely difficult courses, especially as contemporary golf course design trends render the notion of raw difficulty far less prestigious than it used to be. Besides, even if we do have that masochistic urge, those courses are super-private and therefore super-difficult to access.

But Erin Hills is doubly different. Here's why you should seek it out:

A Centerpiece of the Wisconsin Golf Trail

Its central location Erin Hills makes a perfect jumping-off point to either of the dynamic duo of amazing Wisconsin golf resorts: Destination Kohler (an hour's drive) and Sand Valley Golf Resort (two and a half hours).

Sand Valley is the new kid on the block, and as the latest development in the portfolio of Bandon Dunes founder Mike Keiser, is a virtual lock to become known as one of the world's great golf destinations in its own right. Its original course, designed by Bill Coore and Ben Crenshaw, is a minimalist masterpiece in one of America's great, heretofore-undiscovered dunescapes. A second 18, Mammoth Dunes is on the way, courtesy of David McLay Kidd, as is a 17-hole, Coore-Crenshaw short course.

To be honest, this is just a thumbnail sketch of Wisconsin's great golf offerings for travelers. We visited the excellent (and very different) Sentryworld and Lawsonia Links last late summer, for example, and they belong firmly on your Wisconsin golf radar, too.

What are your impressions of the Badger State's golf scene? Any hidden gems you'd like to share with your fellow readers? As always, let us know below!

I have played a lot of golf in Wisconsin in the summer time when visiting. Lots of great golf because of the superb conditions that most of the courses are in. While not really a difficult nor undulating course, one of my favorites is Horicon Hills GC in Horicon WI. The shots near and over the marsh are beautiful and penal. Greens are small and nearly always perfect. I have played Mike Stranz designed courses, from Tobacco Road in NC, to Caledonia Golf and Fish Club, and True Blue in SC. They are visually amazing, and works of art - but Horicon Hills is one of those courses you could play for the rest of your life and never get tired of it.

Erin Hills Golf Course is managed from June 1st till September 1st by University of Wisconsin Stout under the BS degree of Golf Enterprise Management and Hospitality, clubhouse and bar areas. UW-Stout is a division 3 school and not associated with the PGA, YET? During the US Open Erin Hills is managed by the USGA, not UW-Stout. UW-Stout is located 100 miles east of the Twin Cities in a small beautiful town of Menomonie, Wisconsin.UW-Stout.edu

The Bull in Sheboygan Falls near Kohler is another great course.

University Ridge just South of Madison is where the University of Wisconsin Badger men's and women's golf teams home course is located. Beautiful scenery and very well maintained course, they are hosting a Senior PGA event for a second year. North of Madison in Waunakee is another beautiful course called The Meadows of Sixmile Creek. There are many golf courses in and around the Madison area that are very well maintained and challenging.