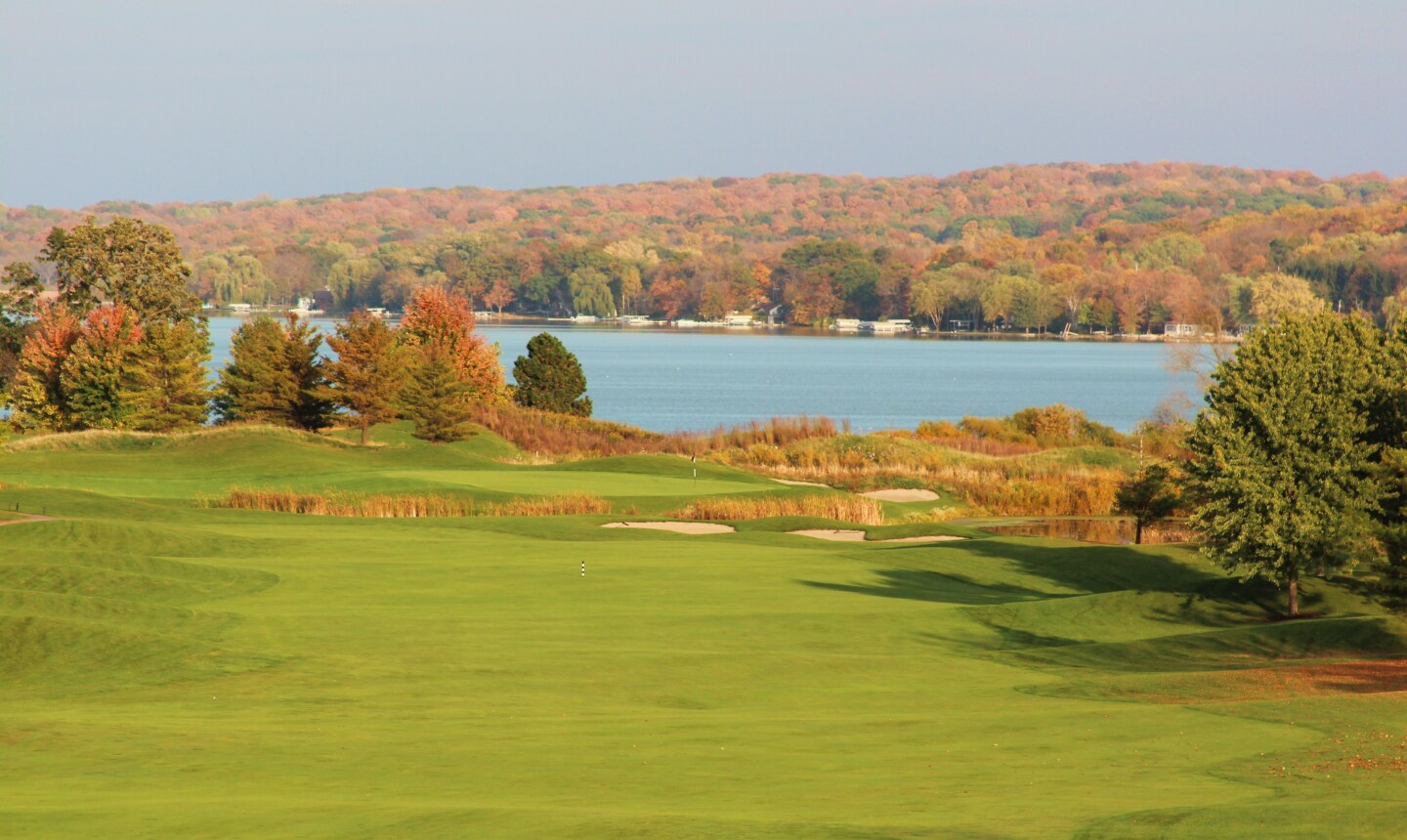 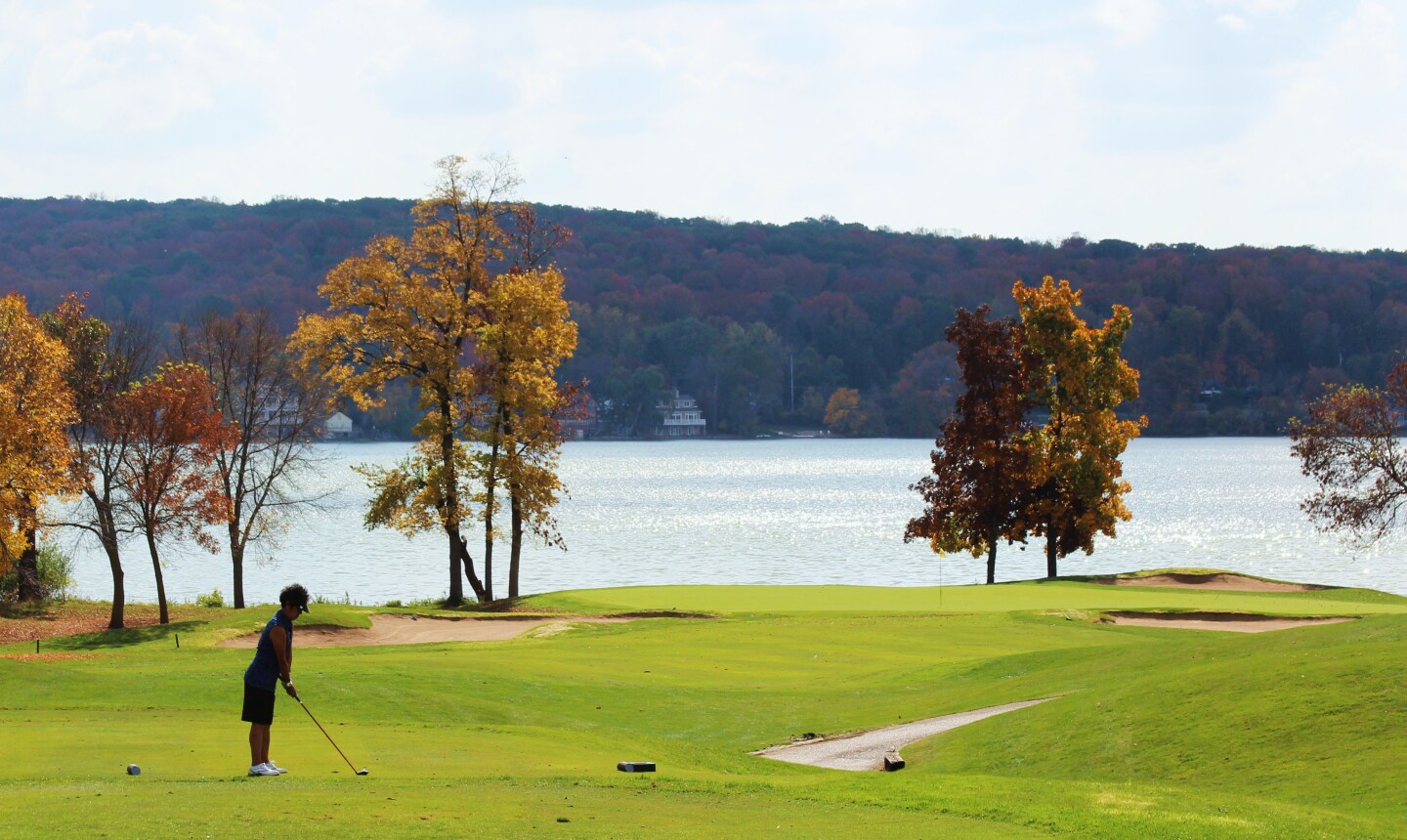 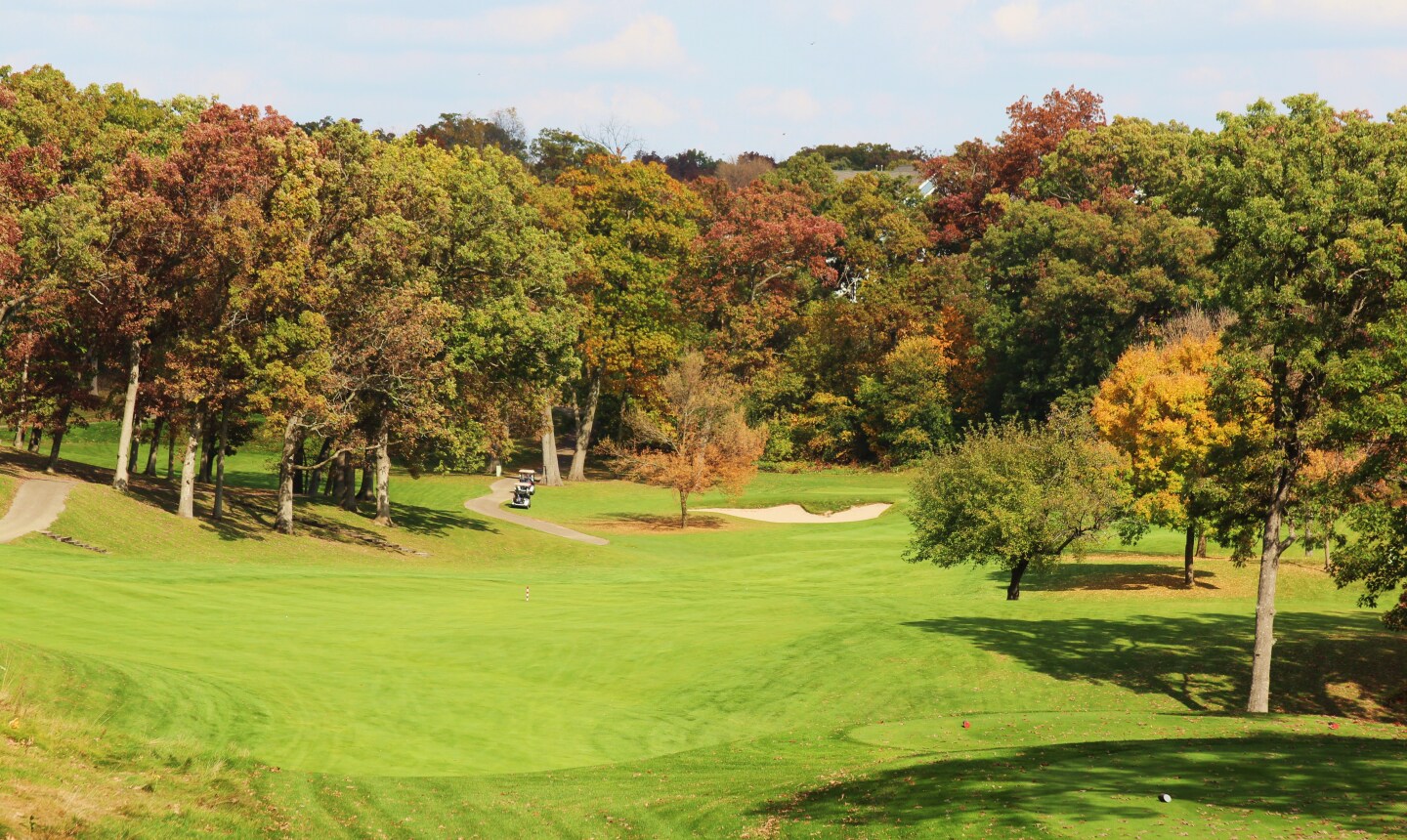 LAKE GENEVA, Wis. -- A picturesque setting unfolds once golfers step out the back of the 56,000-square-foot clubhouse at Geneva National Golf Club.

From the back porch, the view soars over the golf courses and Lake Como, past the trees and homes that line the opposite shore, to the skyline in the distance. It's the first clue that golf at this 54-hole facility in southern Wisconsin will be special.

With courses designed by Lee Trevino, Gary Player and Arnold Palmer, Geneva National is the second-largest golf facility in the state, behind only the famed four-course retreat at the American Club in Kohler. It is a staple of this lakeside tourist destination.

"Geneva National is an upscale golf experience," said John Cordell, a resident of the Chicago suburbs who regularly visits for golf. "They are nicely wooded."

All three courses essentially share the same land, so they're similar in topography and feel. It's the subtleties of the designs that end the debate about which architect did best.

The Player Course at Geneva National

The first hole plummets downhill toward the lake, the first of many fine vistas from elevated tees (such as the tee shots on the par-3 13th and par-5 14th). The toughest par 5 at Geneva National comes at the 588-yard second hole, which twists left toward an elevated green protected by water. The fifth, featuring a split fairway, can be drivable from the 310-yard gold tees. The par-3 sixth opens up to a whole new setting, an open meadow with ponds.

The routing of three par 3s and three par 5s on the back nine provides ample chances to score. The 14th is reachable in two for even short hitters like me, provided you hit a strong drive off an elevated tee to the corner of the dogleg left.

Terry Slocum, of Libertyville, Ill., considers the Player his favorite. "There's nothing tricky about it. You see all the challenges," he said. "There is nothing hidden. I think it is a fair course."

The Palmer Course at Geneva National

There's a minority that votes Geneva National's Arnold Palmer Course No. 1 for this reason: its finish along the shores of Lake Como.

The 7,171-yard Palmer starts off cruel with a tricky dogleg left with a stream fronting the green. Severe slopes characterize the greens, especially the second and seventh holes. The terrain rolls gently, allowing for the elevated green at the par-3 third and the elevated tee at the par-4 sixth.

"Those two holes are very nice," Slocum said. "The par 5 has a challenging end to it. The back of the green, there is nothing but rocks and the lake."

The Trevino Course at Geneva National

Geneva National's Lee Trevino Course has the lowest slope rating of the three tracks, yet still plays tougher because of its narrower fairways and hard-to-read greens.

Unfortunately, the 7,120-yard course lacks the charisma of the first two. There are no lake views. Virtually every real estate option at Geneva National -- townhomes, condos, large homes -- lines the fairways at one point or another.

The signature hole, the 520-yard, par-5 fifth, starts from elevated tee, ending at a green protected by a stream. The 15th and 18th also feature streams as their primary defense.

The owners of Geneva National recently took over the management of the Lodge at Geneva Ridge, which opened its 146 rooms and suites in the 1970s, operating as the Interlaken Resort & Country Spa for many years.

The 283-room Lake Lawn Resort doesn't offer packages with Geneva National but makes a fine home base for any golfer. Situated on 250 acres just down the road from Geneva National on Lake Delavan, Lake Lawn has made an amazing comeback in 2011.

The resort, dating to 1878, spent millions of dollars on room upgrades earlier this decade, an investment that couldn't be recouped during the recession, forcing a bank foreclosure.

Lake Lawn closed Dec. 12, 2010. New local investors purchased the resort and are already sprucing it up once again. 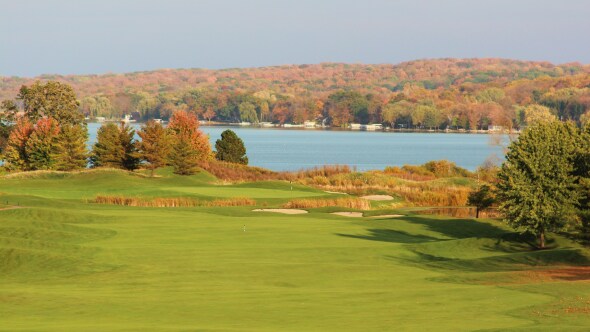 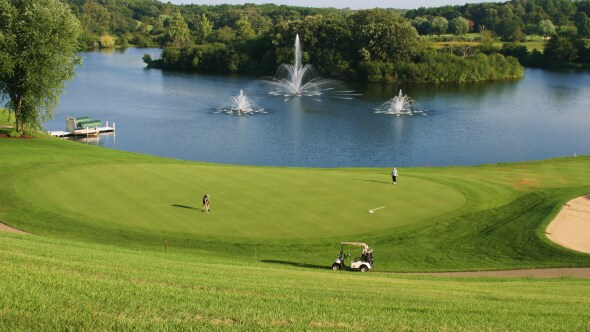 Articles
4 Min Read
With great food and resorts, Lake Geneva is a treat on and off the golf course
Lake Geneva -- a small lakeside town in southern Wisconsin -- has always been "Chicago's playground." Chicagoans can hop in the car and within two hours be fishing or boating on one of the region's three major lakes or teeing it up on a scenic resort golf course kissing their shores. With top-notch golf -- Grand Geneva Resort & Spa and Geneva National, to name two -- resorts and restaurants, it's easy to see why Lake Geneva is a popular destination.

Kira K. Dixon
Lifestyle Correspondent
Now Reading
Geneva National Golf Club is stocked with 54 holes of good golf
New Cookie Policy
WE AND OUR PARTNERS USE COOKIES ON THIS SITE TO IMPROVE OUR SERVICE, PERFORM ANALYTICS, PERSONALIZE ADVERTISING, MEASURE ADVERTISING PERFORMANCE, AND REMEMBER WEBSITE PREFERENCES. BY USING THE SITE, YOU CONSENT TO THESE COOKIES. FOR MORE INFORMATION ON COOKIES INCLUDING HOW TO MANAGE YOUR CONSENT VISIT OUR COOKIE POLICY.
CONTINUE
Search Near Me