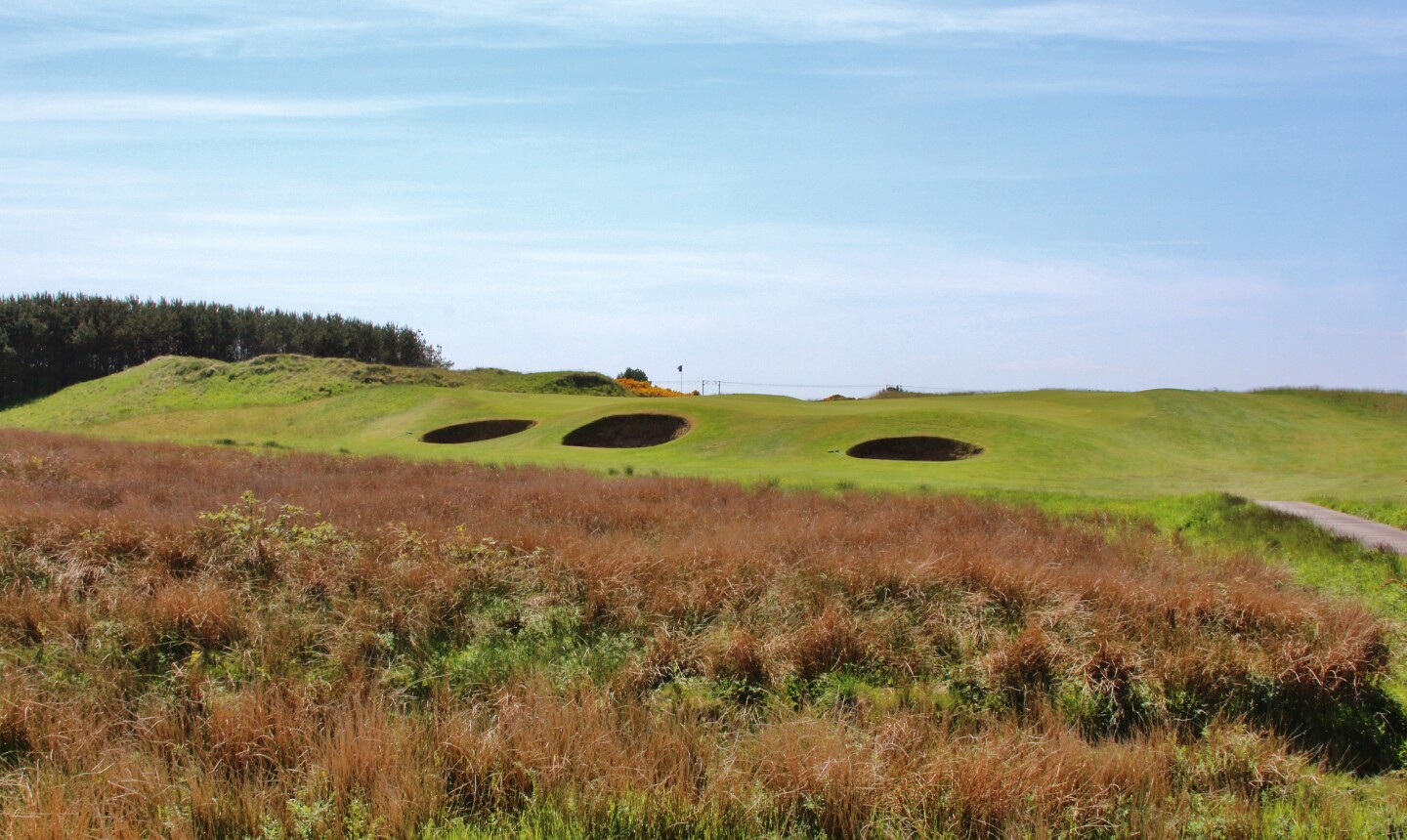 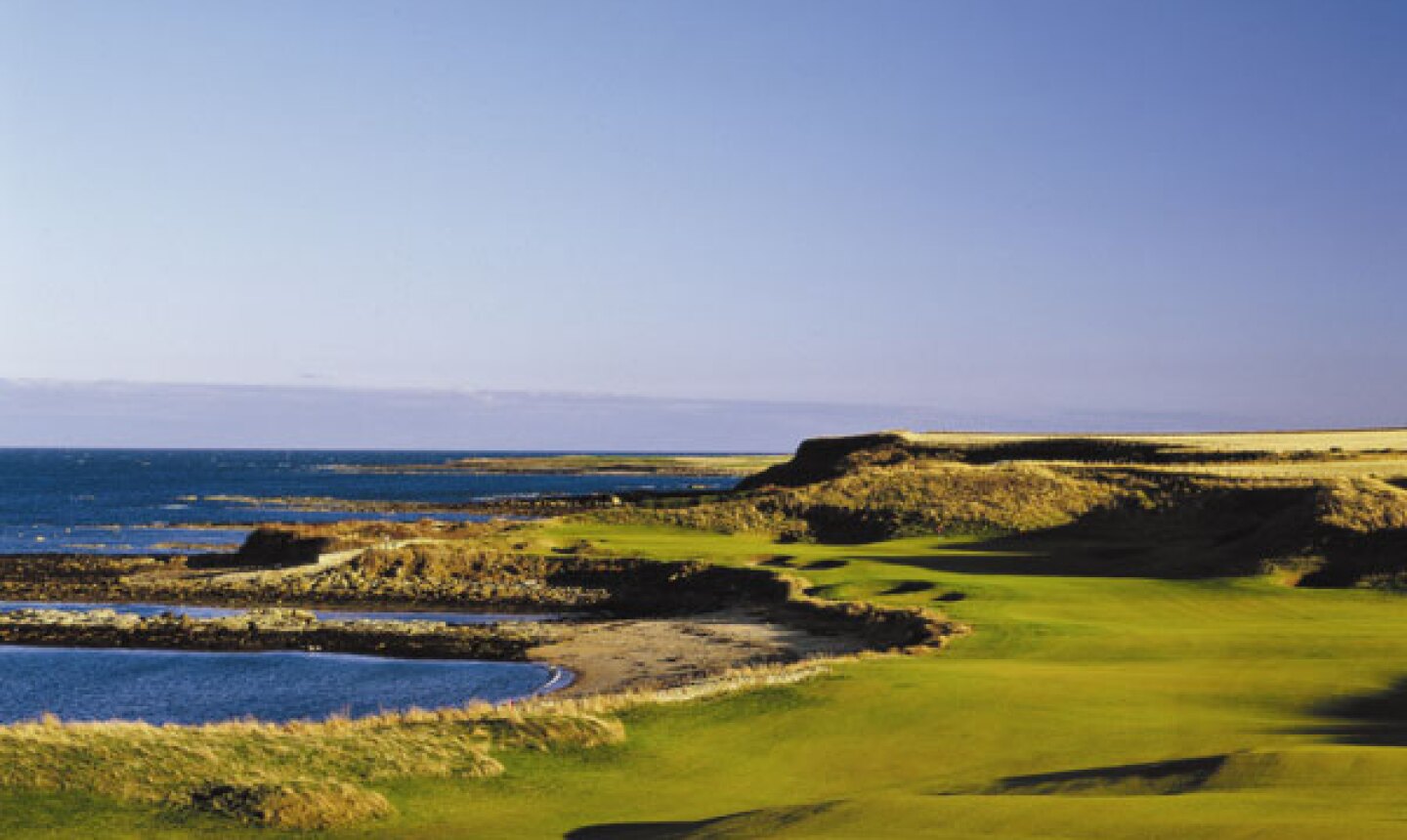 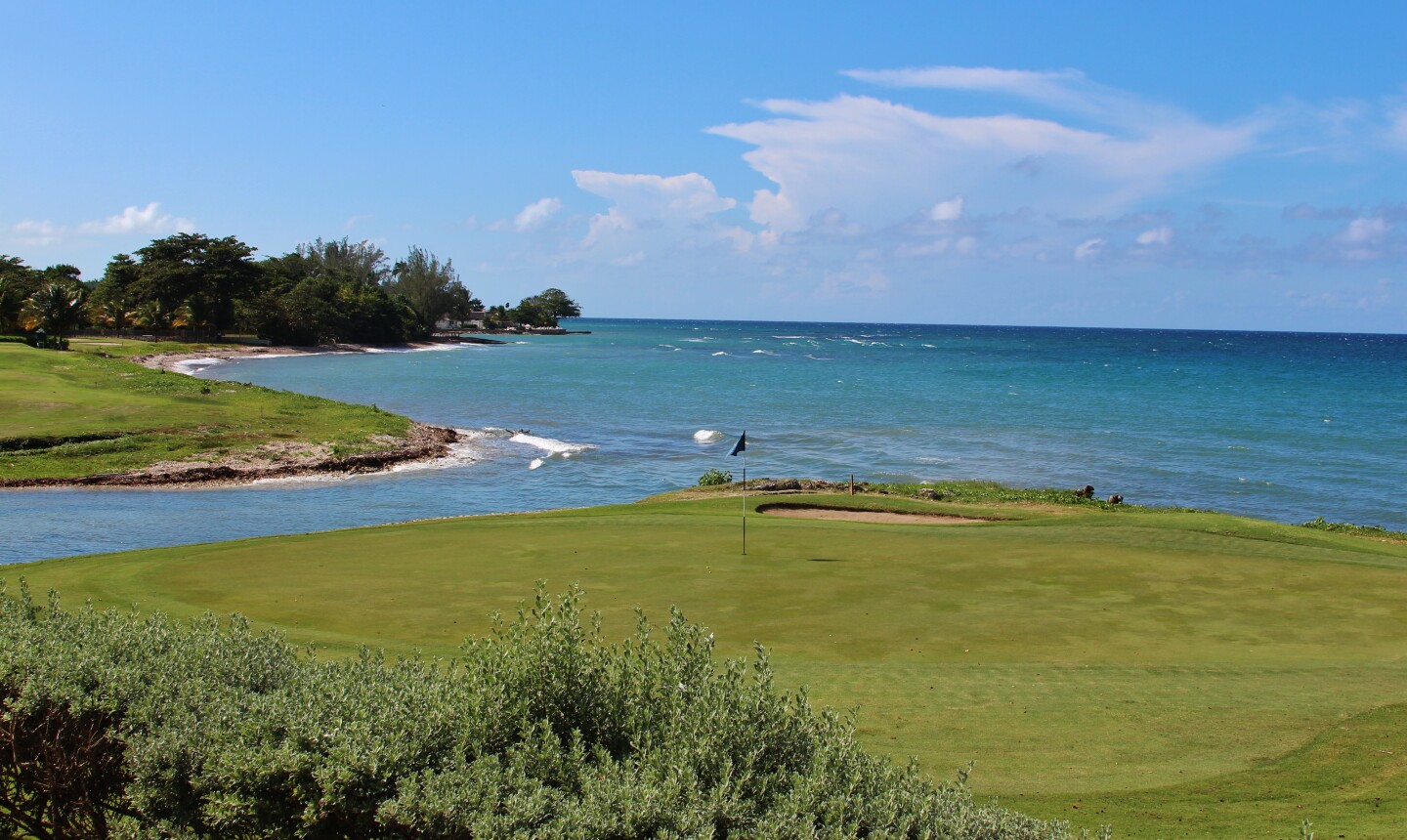 The schedule of tournaments on the LPGA Tour is more international than ever.

The influx of South Koreans -- spurred on by Se Ri Pak -- has opened up a whole new continent of women's golf fans.

The 2017 schedule on the LPGA Tour has ballooned to 35 events, four of them new, and 13 of them outside of North America. The season opened in the Bahamas, Australia, Thailand and Singapore and is close to heading stateside to Arizona in mid-March.

Tournament: 2017 Ricoh Women's British Open.
Comment: Kyle Phillips crafted Kingsbarns upon the windswept cliffs where golf has been played since 1793. Wide fairways and big, perplexing greens ensure it remains enjoyable in big winds off the North Sea. The dramatic, dogleg, par-5 12th hole and the peninsula green at the par-3 15th hole are the showstoppers on the sea.

Tournament: 2017 Aberdeen Asset Management Ladies Scottish Open.
Comment: Dundonald Links -- host of one of the new events -- might be young compared to its historic neighbors, but the site does have some interesting history. There was an early course named the Dundonald Golf Club from 1911-1936 before the land was taken over by the military. Phillips brought golf back to the mostly flat site, creating a 7,100-yard modern links that opened in 2003.

Tournament: 2011 RICOH Women's British Open (Yani Tseng).
Comment: The links they call "Carnasty" was actually pretty tame for the ladies as Tseng shot 16-under in a runaway win. This fearsome links will host its eighth Open Championship in 2018.

Tournament: 2012 RICOH Women's British Open (Jiyai Shin).
Comment: The club called "Hoylake" has hosted 12 Open Championships, so the ladies were thrilled to get their lone shot in 2012. The four-hole stretch starting at No. 9 plays along England's "golf coast."

Tournaments: 1998/2003/2006 Weetabix Women's British Open (Sherri Steinhauer/Annika Sorenstam/Steinhauer) and 2009 RICOH Women's British Open (Catriona Matthew).
Comment: Despite a lack of length, more than 200 bunkers make this links one of the most challenging of the Open venues. It has hosted more modern men's and women's Opens combined (15) than every links except the Old course at St. Andrews.

Tournament: 2011 The Solheim Cup (Europe wins, 15-13).
Comment: This Jack Nicklaus course, which opened in 2009, provided endless theater in an amazing European comeback. The sheer majesty and mystique of the 12th-century Killeen Castle hovering over the property helps the golf course stand out among other parkland layouts around Dublin.

Tournament: 2010 The Mojo 6 Jamaica LPGA Invitational (Anna Nordqvist).
Comment: There's such variety on Cinnamon Hill -- from two glorious ocean holes at the par-4 fifth and par-3 sixth to a back nine of jungle holes, ending with risk-reward par 5s at No. 17 and No. 18.

Comment: The Mazda paired PGA Tour Champions players and LPGA Tour players in two-person teams against one another before the LPGA Tour ran its own event from 1989-91. The PGA Tour moved in for the Johnnie Walker World Championship from 1991-95, proving the worth of this gorgeous seaside course near Montego Bay.

Tournaments: 2013-present Pure Silk-Bahamas LPGA Classic.
Comment: This season-opening event tends to be blustery as the course sits exposed on the ocean. Tom Weiskopf did a masterful job designing wide holes to fit the windy conditions.

The Ocean Club on Paradise Island

Tournaments: 1998-99 Gillette Tour Challenge Championship (Michelle McGann/Lee Trevino/Jim Furyk, Dottie Pepper/Graham Marsh/Tom Watson).
Comment: This short-lived, silly-season team event paired a top pro from the three tours against one another on this world top 100 gem in the middle of the Atlantic Ocean. Each player earned qualifying points during the regular season and at unique six-hole exhibition matches.

Tournaments: 2012/2015 ISPS Handa Women's Australian Open (Jessica Korda/Lydia Ko).
Comment: Royal Melbourne has a long history of hosting the men during the World Cup of Golf in 1959, 1972, 1988 and 2013 and the 1998 and 2011 Presidents Cup, which will return in 2019. Twelve holes from the West course and six from the East -- both Alister MacKenzie designs -- create the Composite course used for tournaments.

Tournaments: 2005 Women's World Cup of Golf (Japan's Ai Miyazato/Rui Kitada).
Comment: This walkers-only paradise, a Player design that hosted the 2003 Presidents Cup, is simply mesmerizing. The wet weather in South Africa's "Garden Route" doesn't stop the turf from being crisp and bouncy like a links. There's more water than there should be for a faux links but it all works.

Tournament: 2001 Bank of Montreal Canadian Women's Open (Annika Sorenstam).
Comment: Host of the 2002 Canadian Open, the South course re-opened in 2015 after a $6 million renovation by the firm of MacKenzie & Ebert. It's a target course with lots of water and cross hazards.

Tournament: 1997 du Maurier Classic (Colleen Walker).
Comment: This famous Jack Nicklaus design that has hosted 27 Canadian Opens has been given a reprieve (at least for the moment) from being redeveloped into housing. The club is also the headquarters of Golf Canada, the Canadian Golf Museum and Hall of Fame, and a TaylorMade Performance Lab.

Tournament: 2000-present Evian Masters/Championship
Comment: The 6,700-yard course (6,120 meters) overlooks the shores of Lake Geneva near the Swiss-French border. Seventeen years and counting is among the longest current streaks on the LPGA Tour. The tournament became an official major in 2013.

* Several tournament venues in Asia and elsewhere were not considered, simply because so few American golfers travel to such places to play golf.