Gone but not forgotten: Golf courses and events we wish were still on TV

The ever-shifting sands of the PGA Tour schedule have left many a prominent golf course and tournament in the dust.

Firestone, host to 19 WGC events since its 1999 inception, does retain a small consolation prize, the Bridgestone Senior Players tournament. The new PGA Tour Champions event, scheduled for July 8-14, 2019, is under contract through 2022.

I'm almost getting weepy, knowing we won't ever see Tiger and Phil prowling Firestone's fairways again (it's hard to imagine either plays the event on the old guys circuit). It was a good run, but these tournaments never last forever, do they?

I admit I'm a sentimental old sap. Why don't you ride with me down memory lane, looking back at some of the courses and tournaments that have disappeared from the pro golf landscape. This unique Deegan's Dozen is a mix of six pro events I wish were still around, and six courses that have hosted big events in the past that aren't in any sort of tournament/exhibition match rotation anymore. They should be. I'd love to see a comeback for any or all of them. Who doesn't love a good comeback story?

What old pro golf events do you miss and what old tournament courses would you love to see on TV? Let us know in the comments below.


With apologies to the Walt Disney World Golf Classic (played from 1971-2012), this Michigan native is going with the old Buick Open, held from 1958-2009 (with a slight break from 1970-76). The Warwick Hills Golf & Country Club in Grand Blanc, Mich., wasn't a great course to play or for spectators on TV or on the ground, but the event had a nice fan-friendly vibe and players always went low to put on a good show.


This silly season event had a nice run from 1979-2014, pairing the winners of all four majors battling in a two-day exhibition. Its best years were during the glory days of Tiger Woods, who won it seven times at Poipu Bay on Kaui. Phil Mickelson's 59 was memorable, too. Moving to Bermuda's Mid Ocean Club and Port Royal Golf Club was fun for the ocean views, but the event lost its steam when some winners stopped showing up.


This four-man shootout (don't forget Annika Sorenstam's appearance) was must-see TV every Thanksgiving weekend from 1983-2008. It was played at desert courses in Scottsdale, Ariz., and Palm Springs, Calif. It was so popular that the Champions Tour (the Wendy's Champions Skins Game from 1988-2011), the LPGA Tour (1990-2003), and a Canadian version (the Telus Skins Game from 1993-2012) joined in on the money grab.


The only Tour event determined by Stableford scoring became an institution at the Castle Pines Golf Club near Denver from 1986-2006. I loved the format and the setting. The Reno–Tahoe Open (now the Barracuda Championship) brought Stableford scoring back to the Tour in 2012 at the Montreux Golf & Country Club, another beautiful mountain course set in dizzying heights at above 5,500 feet in elevation.


No matter your political opinions, the Blue Monster at Trump National Doral Miami didn't deserve the ending it got when the PGA Tour packed up and moved its WGC event to Mexico in 2017. The final hole will forever be etched into the lore of American golf, the site of so many memorable moments from 1962-2016.


How can you not have mad-love for Shell's? It brought exotic courses to your living room with every episode. I could have cared less who won the mano-a-mano matches. I was enamored with the destinations and the venue. The competitions were secondary. The upcoming Tiger-Phil showdown in Las Vegas on Thanksgiving weekend does provide a glimmer of hope for future WWOG-type matches. It will pit two legends of the game at a highly intriguing course never seen on TV before, the Shadow Creek Golf Club, and could lead to more matches.

To determine the courses on this list, I scoured the histories of the three majors - The Open, the U.S. Open and the PGA Championship - that move to different venues and then celebrate a trio of private clubs I'll probably never get to see, on TV or in person.


To be honest, I was surprised at the lack of "must-see" courses to choose from among the old PGA Championship hosts. Scioto Country Club in Ohio? Blue Mound Golf & Country Club in Wisconsin? The Pittsburgh Field Club in Pennsylvania? I went with Laurel Valley, host of the 1965 PGA in the heart of Arnold Palmer country.


This C.B. MacDonald classic in Bermuda has hosted both a Shell's WWOG match and two PGA Grand Slams of Golf in 2007-08. It's the perfect combination of beautiful ocean views and tremendous design. The fifth is one of golf's great 'Cape' holes. Babe Ruth once hit 11 straight tee balls into Mangrove Lake.


The original 12-hole loop at Prestwick hosted the first 11 versions of The Open (plus five more) before it was extended to 18 holes in 1882. In all, this links along the railway of Scotland's Ayrshire coast has hosted The Open 24 times, none since 1925. I'd love to watch the pros squirm trying to solve its quirky blind shots.


This ultra-private MacDonald/Seth Raynor design in Wheaton, Ill., hosted three of the earliest U.S. Opens - 1896, 1900 and 1911 - long before TV cameras. Sadly, because of its exclusivity, it will likely never host a modern men's major, but it did get some limited TV time on Fox Sports 1 for the inaugural U.S. Senior Women's Open in July. If you want a taste of its one-of-a-kind linear course architecture, the new South course at Arcadia Bluffs in northern Michigan has similar features with square greens and rectangular bunkering.


The infamous all-male private club in New Jersey has only been on TV once - the very first Shell's Wonderful World of Golf, a match between Gene Littler and Byron Nelson in 1962. So little of the course has been made public that drone footage by Golf Digest released in 2017 created an online stir among golf architecture purists.

I wasn't a golf fan (just a high school graduate) in 1991 when the Dr. Alister MacKenzie's Monterey Peninsula masterpiece was forced out of the three-course rotation of the AT&T Pebble Beach Pro-Am. The good news is you will get to see the legendary course on Fox in 2025 during the 50th Walker Cup Match between the United States and Great Britain & Ireland.

Jason Scott Deegan
Jason Scott Deegan has reviewed more than 1,000 courses and golf destinations for some of the industry's biggest publications. His work has been honored by the Golf Writer's Association of America and the Michigan Press Association. Follow him on Instagram at @jasondeegangolfadvisor and Twitter at @WorldGolfer.
30 Comments

I still miss the the BMW Championship and Western Open held at Cog Hill's Dubsdread in Lemont IL. It is one of the most enjoyable places to play or watch golf. Dubsdread is a true test of golf. I doubt anyone will ever beat Tiger's course record of 62, but it was always fun watching the pros try.

Can't believe how long it's been since Shell's WWoG.

I always enjoyed watching the professionals, such as Fred Couples, Payne Stewart & Fuzzy Zellar. You know Canada always tried to show appreciation and respect for these pros to come north. But you choose to call it a money grab, just because Canada called the venue Telus Skins Game. It's guys like you that make a bad name for professional golf, and that is part of the reason golf is going down hill in certain areas. We do not like the bullshit, so you can keep it south of the border, with Trump.

I still would love to see Westchester C.C., NY as a PGA Tour stop.

It is sad that The Firestone won’t be hosting any PGA events in the near future, but they will get another tournament soon...be sure of that!! To great of a course for the players and the fans to not have an event there!! As far as missing tournaments...The Western Open was one of the longest running tournaments ever in PGA history! And it was well loved by players and fans alike!!!!! I’ve been to two BMW tournaments in Chicago and were fun to watch, but the Western Open is sorely missed!! There are really great courses in and around the Chicagoland area plus Wi near Chicago!! And btw Chicago has the best sports fans in the country:)!!!!

I'd like to see the Western Open at Butler National or cog Hill.

What about the old Southern Open in Columbus, later Callaway Gardens, GA?
It morphed into a Buick Open at some point.
Pro brought their whole families to stay at cottages at Callaway Gardens and loved it because there was NO cellphone service!

So terribly sorry to see Firestone CC go by the wayside with PGA tourney. Historic place with great parkland design.

CBS was almost teary eyed during the broadcast yesterday.

The Inverness Club in Toledo, Ohio. The true golf course without the gigantic greens. The pros never best it up. Exciting tourneys.

I wish we could still watch the real Bob Hope Classic with 5 Days of stars and pros playing together with unknown business executives on four different courses around the Coachella Valley. Is it a new era of selfish players, local dumb heads or corporate toads that messed that one up?? 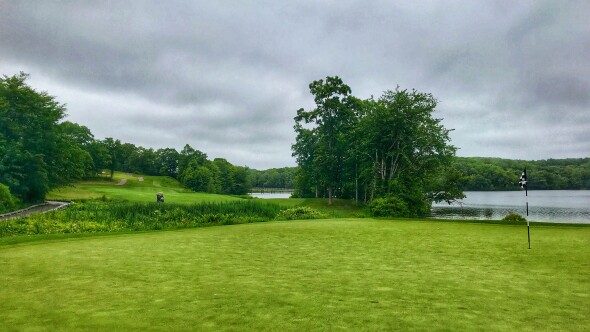 Kira K. Dixon
Lifestyle Correspondent
Now Reading
Gone but not forgotten: Golf courses and events we wish were still on TV
New Cookie Policy
WE AND OUR PARTNERS USE COOKIES ON THIS SITE TO IMPROVE OUR SERVICE, PERFORM ANALYTICS, PERSONALIZE ADVERTISING, MEASURE ADVERTISING PERFORMANCE, AND REMEMBER WEBSITE PREFERENCES. BY USING THE SITE, YOU CONSENT TO THESE COOKIES. FOR MORE INFORMATION ON COOKIES INCLUDING HOW TO MANAGE YOUR CONSENT VISIT OUR COOKIE POLICY.
CONTINUE
Search Near Me