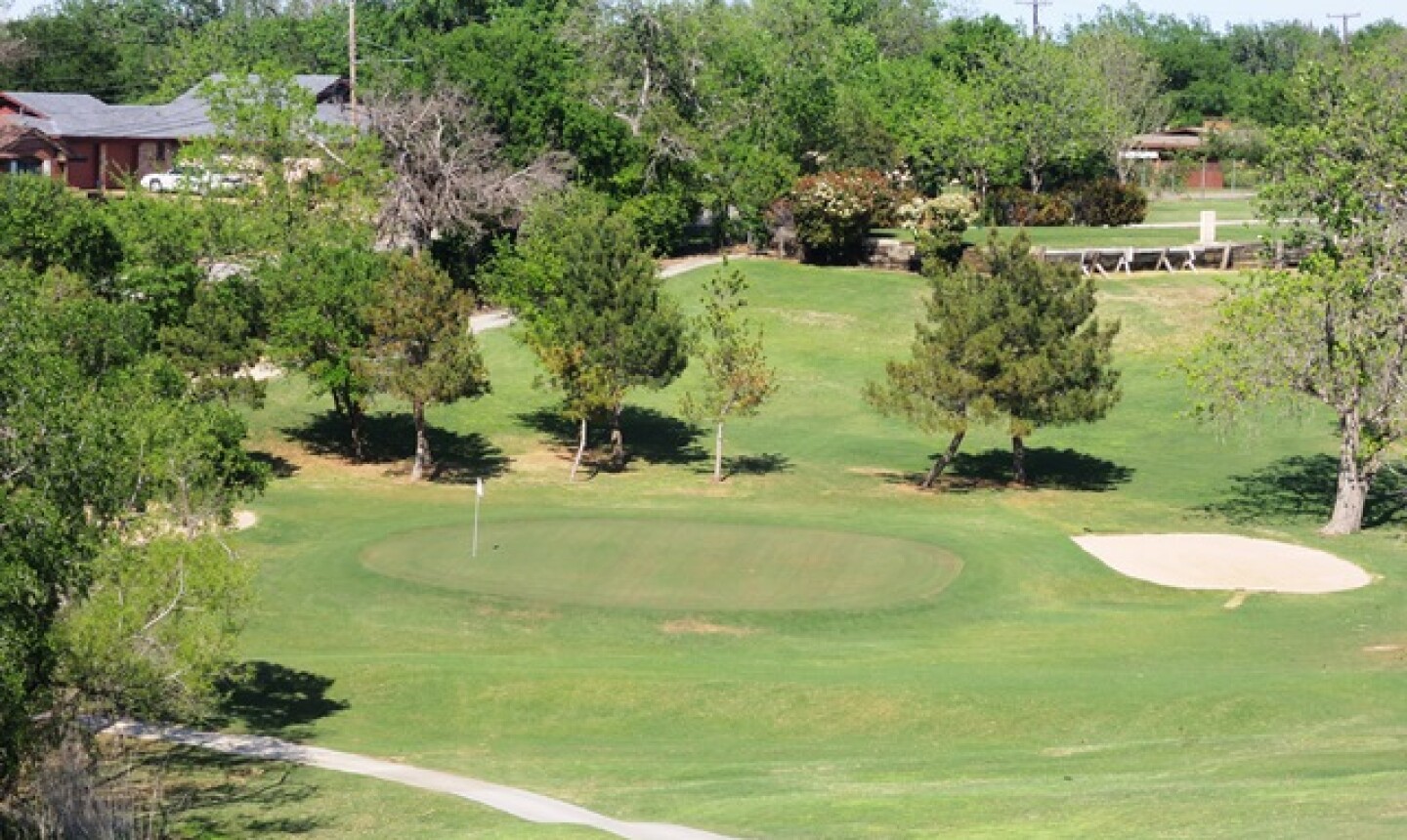 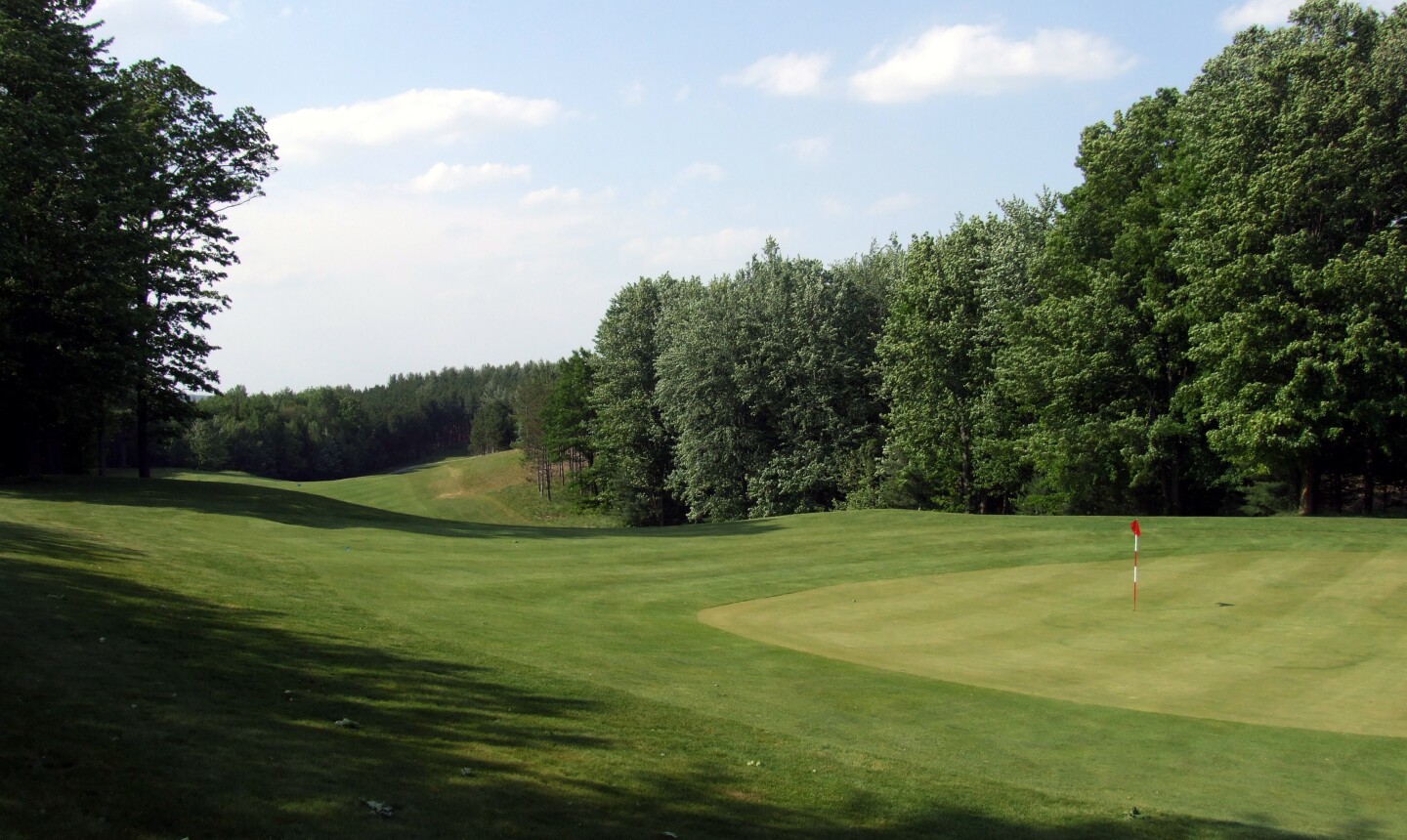 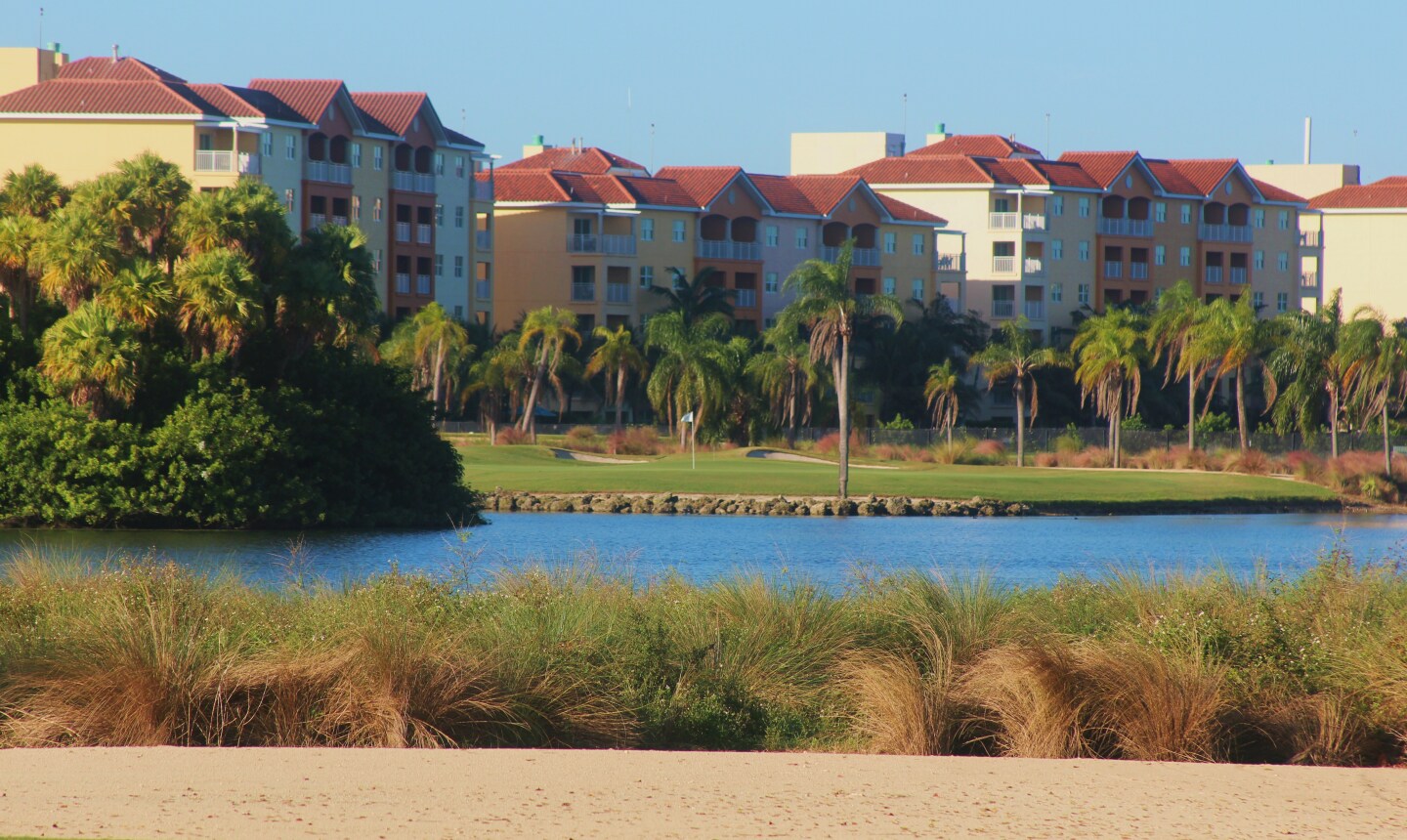 The Great White Course at Trump National Doral Miami, which closed in January, is being redeveloped. Jason Scott Deegan/Golf Advisor 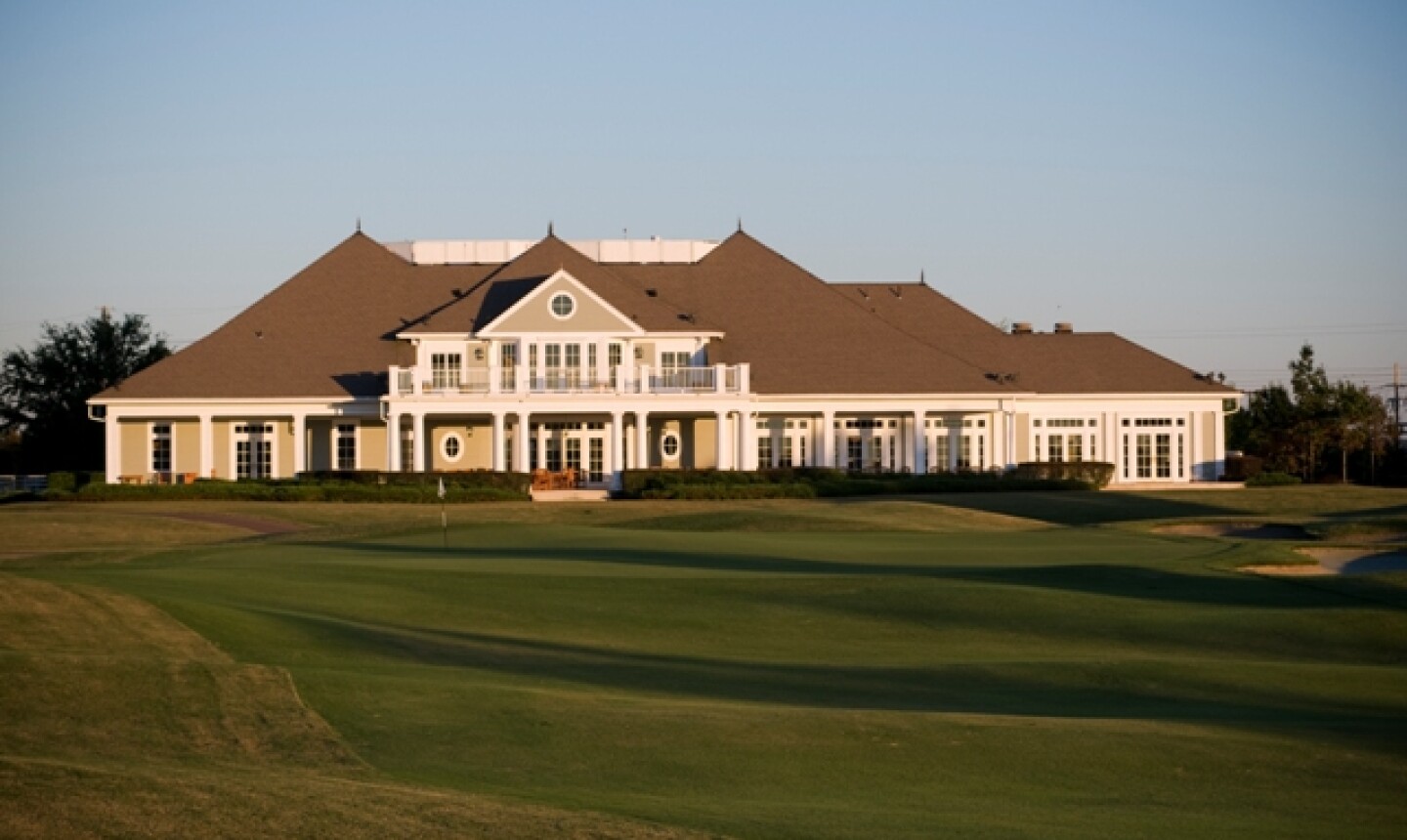 The Links at Cottonwoods was one of three excellent golf options in Tunica, Miss. before closing in 2014. Courtesy of Harrah's 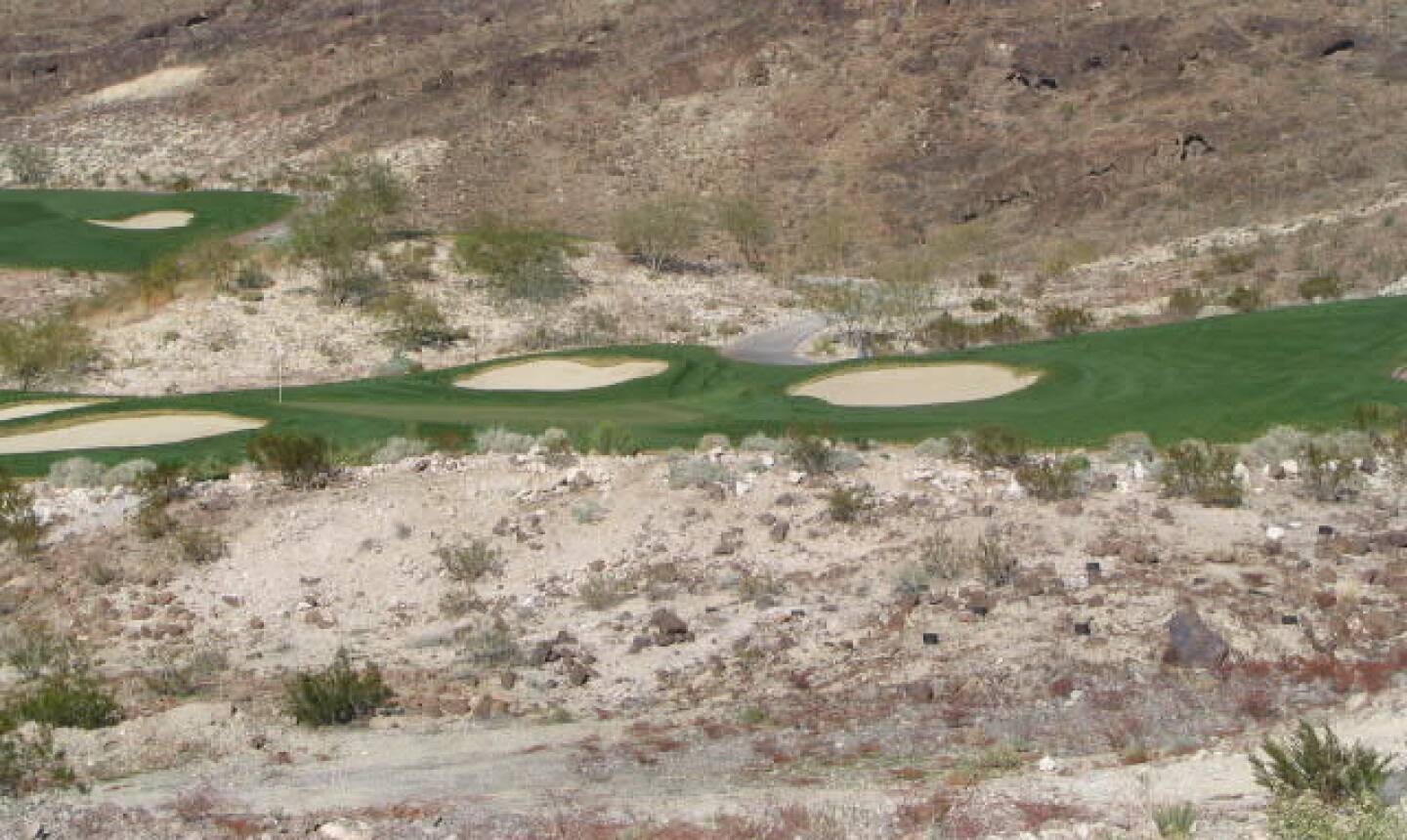 I got the chance to play Stevinson Ranch Golf Club in February before it closed for good in July. Pictured is the old 17th hole. Jason Scott Deegan/Golf Advisor 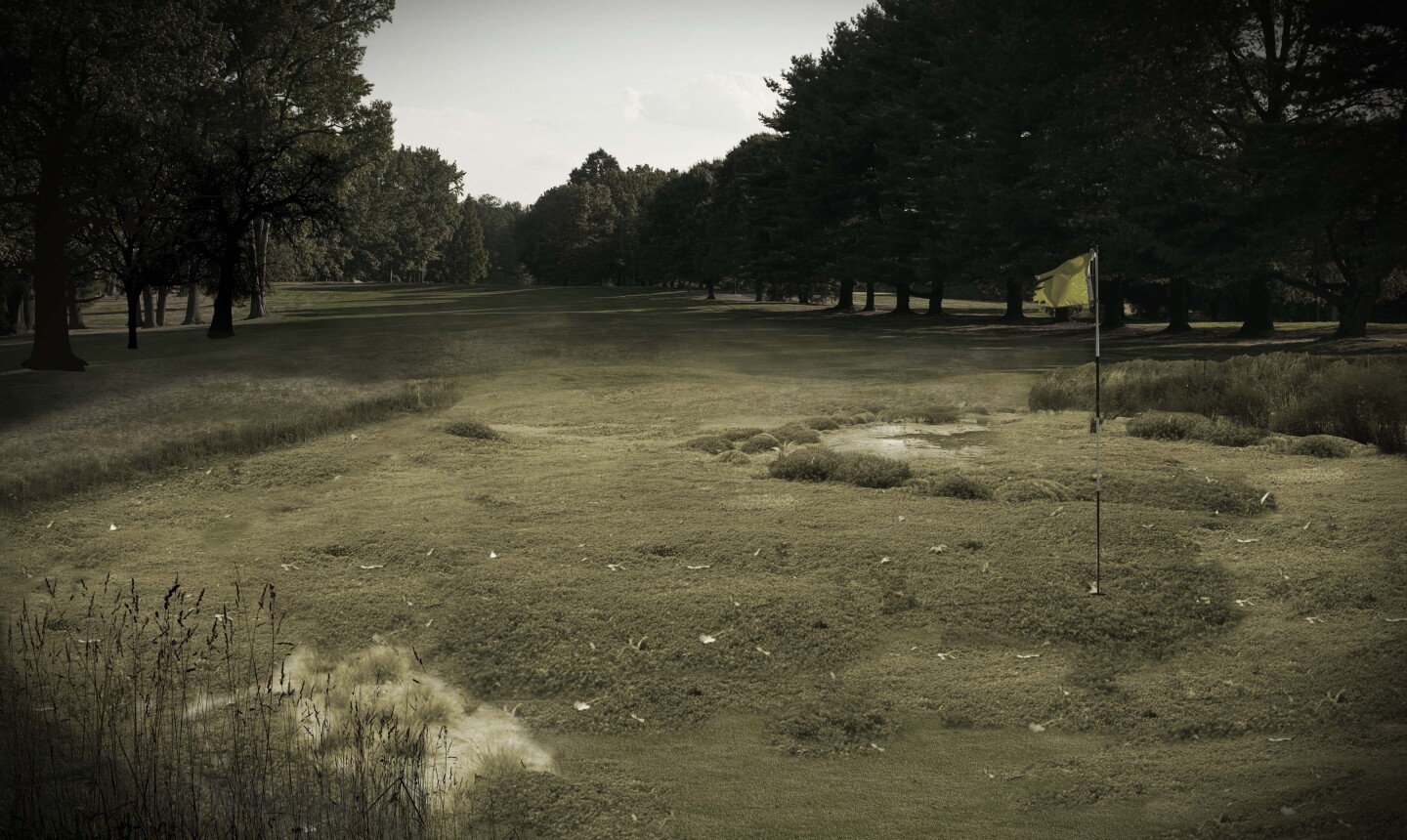 Over 600 U.S. courses closed between 2006-2013. Jason Deegan looks at some of the best to succumb to the downturn. Golf Advisor

Hundreds of courses have closed across America over the last decade.

The National Golf Foundation reported that 643 18-hole layouts closed from 2006-2013, the most recent numbers available. A number of them are probably gone for a reason. The recession helped cull the weak from the herd. Many struggling and now shuttered facilities weren't run well, weren't well maintained or weren't well designed.

Not every club that went under was a total failure. Some closures hurt. Here's a collection of courses closed since 2005 that we wish were still taking tee times today.

The Links at Cottonwood, Tunica, Miss.

I flew down to Mississippi about a decade ago to see the new Tunica National Golf & Tennis Club and came away more impressed with The Links at Cottonwood, a Hale Irwin design owned by Harrah's Tunica. Financial pressures forced Harrah's to abandon its casinos and golf course in 2014.

No region has lost more courses (roughly 25) since the turn of the century than the "Grand Strand," a 90-mile stretch from Pawleys Island, S.C., through Myrtle Beach and into the southern edge of North Carolina. Marsh Harbour was a local favorite until its land lease ran out, and the course ceased operations in 2005. A year later, in 2006, the Wild Wing Resort in Conway, S.C., closed three of its four courses -- Hummingbird, Woodstork and Falcon. Waterway Hills Golf Club became Myrtle Beach's most recent victim, ceasing operations in June 2015. Probably a few more will falter before a proper balance is restored.

Two steps back in Texas: Glen Garden and Pecan Valley

Losing Glen Garden Golf & Country Club in Forth Worth and Pecan Valley Golf Club in San Antonio was a blow to golf history. Kid caddies Byron Nelson and Ben Hogan battled in a nine-hole caddie championship in 1926 at Glen Garden. Nelson later won his 18th PGA event at the course in his record-setting season in 1945. Pecan Valley hosted the 1968 PGA Championship won by Julius Boros and Texas Opens in 1967, 1969 and 1970. Pecan Valley closed in 2012, followed by Glen Garden in 2014.

This wild and wonky Dan Maples design created a stir when it opened in 1985. No golfer -- especially those coming to a timeless resort such as nearby Pinehurst -- had seen such quirky golf holes cut from a former sand quarry. The Pit garnered the cache of a "cult classic" until Mike Strantz created an even more dramatic version called Tobacco Road Golf Club in 1998. The Pit eventually succumbed to financial pressures and closed. Pinehurst stepped in to buy its 900 acres in 2011. Reports have indicated that a Bill Coore/Ben Crenshaw design could be built there should Pinehurst ever need to expand again.

The dual closings of the Falls and the Reflection Bay courses in 2009 showed how deep the recession cut. Reflection Bay Golf Club, host of the the Wendy's 3-Tour Challenge for 10 years, reopened in 2014 after a partial redesign by original architect Jack Nicklaus, but the Falls, designed by Tom Weiskopf, will get no such reprieve. Although it is green again, chunks are being sold off as real estate. Without 36 holes open to the public, it's hard to envision Lake Las Vegas ever blossoming into a true golf destination.

The Great White, a Greg Norman design characterized by water and cart paths lined with crushed coquina shells, was the second-best course at Doral behind the Blue Monster, but its isolated location doomed the design. When Donald Trump bought Doral in 2012, he poured money toward improving the resort's four other courses, while setting aside the Great White to make way for more real estate. It closed in January.

High Pointe goes back to the age-old question: Which is more important, golf or beer? Tom Doak's first solo design garnered some honors, but with so much nearby competition -- mainly Grand Traverse Resort & Spa -- it closed in 2008. The site sat fallow until spring of 2015 when the land was purchased and transformed into a hops farm to support the state's growing micro-brewery business. At least this closure has a happy ending.

When I finally got the chance to play golf in Atlantic City in 2013, turns out I was a couple years too late. I enjoyed the surviving Steve Kay course at Blue Heron Pines, owned by Ron Jaworski, just fine. All the locals swear, however, that the East was the better play. The former Golf Magazine top 100 public selection opened in 2000, hosted a U.S. Amateur Public Links Championship in 2003 and closed in 2006 to make room for a housing project that still hasn't gotten off the ground.

Beechtree had a strong decade-long run from 1998-2008. Doak claims the success of Beechtree, a parkland-links hybrid, helped him land high profile jobs at Bandon Dunes Golf Resort in Oregon and Cape Kidnappers in New Zealand. Yep, you guessed it: Beechtree, another former Golf Magazine top 100 public pick, closed to make way for a housing development 30 miles east of Baltimore.

The sustained drought has claimed the two best public courses in the Central Valley south of the Bay Area -- Stevinson Ranch Golf Club in Stevinson and the Legends Course at the Diablo Grande Golf & Country Club in Patterson. Stevinson Ranch's demise made national news. Owner George Kelley co-designed the unique links-style course on his family's farm with John Harbottle III in 1995. It regularly ranked among the top public golf courses in California. Ultimately, the recession, a clubhouse fire and government-mandated water restrictions caught up to Kelley's playground. Golf Magazine chronicled its last hurrah, a 36-hole shotgun in July.

Diablo Grande's Nicklaus/Gene Sarazen course closed without as much fanfare in 2014. Its less heralded Ranch Course, designed by Denis Griffiths in 1996, still endures. Summer's searing heat continues to scorch the earth in the bone-dry Golden State. You have to wonder how many other courses can continue to survive such extreme conditions.

In just about every part of the country, a golf course has been lost in recent years. Did you have an old favorite that is gone forever? Let us know in the comments below.

Jason Scott Deegan
Jason Scott Deegan has reviewed and photographed more than 1,000 courses and written about golf destinations in 20 countries for some of the industry's biggest publications. His work has been honored by the Golf Writer's Association of America and the Michigan Press Association. Follow him on Instagram at @jasondeegangolfpass and Twitter at @WorldGolfer.
16 Comments

Although Oyster Bay was at the top of my playlist when I used to visit Myrtle Beach, Marsh Harbour was my #2 favorite. Great layout and playability. Designed by Don Maples, I believe.

marsh harbor hasn't been open to play since the late 1980's!

Same here. Marsh Harbour was great. Sad to see that and so many of the other Myrtle Beach area courses go bust.

Beech tree was amazing sad to see it go live in baltimore. Im sad to find out the pit closed its was on my dream courses list

Yarrow in Augusta, MI was an amazing design.. but located in the middle of Nowhere with almost nothing around, it seemingly struggled to make ends meet, even with a city named AUGUSTA it failed and sold out a couple years back to a mental health & Drug rehab facility. Designer Raymond Hearn still considers the layout as one of his best and is disappointed to have learned of it's ultimate fate! Yarrow, Gone but not forgotten.

The massive Price course in Princeville, Kauai.  New owner dumped a gazillion bucks into new bunker/green complexes, and an unbelievable clubhouse a few years ago...then shut 'er down after that...presumably to make room for RE development.  At next to three bills a loop, hard to believe it was economics.  And, it's the wettest place on earth, so water's not the problem.  Who knows?  Reduces the already skinny available golf on the rock by 36 holes between Prince and Kauai Lagoons closing about the same time.

We lost a great course in Columbus, Oh this past year, Winding Hollow Country Club. A fabulous design cut through the woods, it was closed to make way for commercial development. Another very old private course, Riviera country Club was lost to a housing development. The land was worth so much more than the golf course could ever bring in. What a shame.

We lost two here in North San Diego County over the past couple of years.  Escondido County Club, which was around since the late 50's I believe and San Luis Rey Downs Golf Course, which was also built in the 60's.  Both were golf course communities and neither have been re-purposed as of yet.  It's a shame for all of the people who bought on the course to enjoy golf living, now they have a burned out view from their back porches.

Grayson County Golf Course is on the chopping block and scheduled to close at the end of the year. On the grounds of  the former Perrin Air Force base in Grayson County Texas the municipal course has been losing revenue for several years.

Pleasant Hills in San Jose, CA has been closed for over 15 years and the layout is still intact never used for anything else over 7000 yards.

Indian Creek in Carrollton, Texas has closed its two courses due to the mass flooding that Texas experienced this spring. The courses are going to be turned into a city park.