4 reasons why golfers should never get relief from divots

There is no need to compromise one of golf's bedrock principles because of a tiny spot of bad luck.

Every few months, certain golf debates bubble up around happenings in professional tournaments. The Rules have gotten a lot of play lately, thanks to a couple awkward, high-profile moments courtesy of Patrick Reed.

YOU SHOULD GET FREE DROPS FROM DIVOTS IN THE FAIRWAY

Lee Westwood hit a perfect drive on 18 and finished in a sandy divot. Surely this should get relief @WestwoodLee #pga #ArnoldPalmerInvitational #golf pic.twitter.com/6QQ8shnGGD

Westwood, being an excellent ball-striker throughout his quarter-century career, hit a fine shot, about 50 feet left of the flag, safely on the green. His result was better than that of several players who hit from perfect fairway lies.

This question comes up from time to time: should golfers get free relief from divots in the fairways? The commenters above, and many other golfers, seem to think the answer should be "Yes." If your ball finds its way into a divot - sand-filled or unrepaired - you should be able to mark it, lift it, clean it and drop it on unmarred grass, they say.

But the answer is, and should always be, "No." Here are four reasons why:

1. It violates the bedrock principle of the game

The Rules of Golf can be complicated (even for pros), and there is healthy debate over some of the more esoteric and seldom-applied passages. But at the very front of the document, in Rule 1.1, sits the dual commandment that the golfer "plays the golf course as he or she finds it; and plays the ball as it lies."

This is as close to a fundamental concept as the game has. A round of golf consists of a series of journeys from tee to cup, and the intrigue of the game lies in challenging the player to navigate those journeys as efficiently as possible. Golf is challenging on both a physical and a mental level, and the handling of adversity on the course - including seemingly random rare, unfortunate breaks like having to hit from a divot - is an integral part of the game. The "rub of the green" is a sacred obstacle that helps golf serve as a periodic metaphor for life. Unforeseen misfortunes cannot simply be erased in our daily lives; nor should they be in golf.

Even if golf's overseers were moved to kill one of the principles on which the game has operated for centuries in this way, they would not be able to enforce it. There is no precise and unassailable definition of what constitutes a divot on a golf course and what does not. Grass is growing all the time, and as a divot fills in, it eventually ceases to be a divot.

How could golfers and tournament rules officials be expected to all carry an identical image of what is barely a divot, versus what is not a divot? This would introduce such an untenable level of subjectivity into the game that players would ask for relief anytime they did not have a perfect lie in a fairway.

If you think having to hit from a divot is "unfair," just wait until you would see the otherwise acceptable lies players would end up receiving relief from.

3. It makes golfers less accountable to one another and makes golf course maintenance worse

Replacing or filling in divots (depending on what sort of grass you're playing on) is a fundamental element of golf etiquette because golfers have a duty to care for the golf course. It is part of the understood covenant every golfer agrees to the moment the first tee shot is struck, even though judging by the conditions of the pockmarked greens at practically every course in Creation during its peak season, it seems millions of golfers either forget or ignore this basic courtesy.

Not only is repairing a divot a sign of respect for a course's superintendent, it's a sign of respect to other golfers. Not only do I not want my ball to end up in someone else's unfixed divot, I don't want anyone else's ball to end up in mine. If that concern no longer existed, what do you think would happen to golfers' already poor conscientiousness about caring for the course? 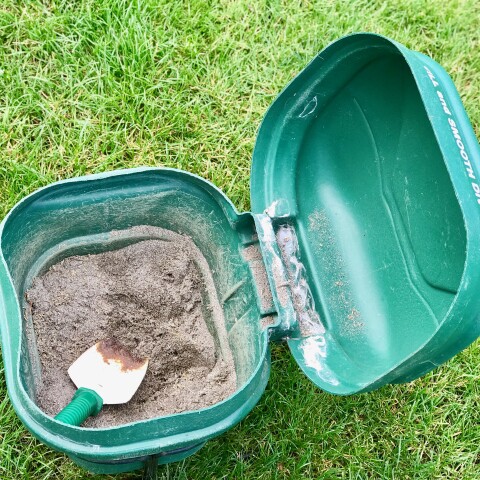 Articles
A plea for our golf courses

Those who would do away with the directive to play the ball as it lies in a divot act like that rare occurrence is the end of the world. In reality, its bark is worse than its bite.

Lee Westwood himself weighed in on the debate, coming down firmly in the camp that aims to uphold golf's sensible tradition.

Just gotta shrug it off and get on with it. The game was never meant to be fair. That’s the mental challenge.

The next time you find your ball in a divot on the course, "picture the perfect impact of a club trapping downward onto the ball and removing a thin divot on the target side of the ball," said Martin Chuck, a member of GolfPass faculty, whose series Breaking Bad Habits: On The Course includes a dedicated segment aimed at teaching golfers to extricate themselves from divot lies. "Enjoy the challenge." 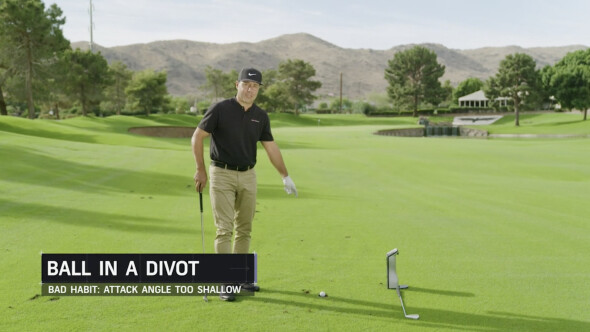 [WATCH FREE] How to escape from a divot lie
In this segment from his popular Breaking Bad Habits: On The Course series, Martin Chuck demonstrates the definitive technique that will help you hit a great shot out of any divot lie.
OpinionEvents

Relief should be granted from a divot- if you go out early in the day you have less of a chance of finding yourself in a divot. so to make it the same for everyone take relief from a divot

I think in Professional Tournaments that for every group teeing off, there should be a volunteer following them. This volunteer"s job would be to fill in the divots will fill that they would carry. Since the golfers caddie don"t or won"t carry the fill, then having these volunteers follow every group would make the fairways only, fit for play. As for amateur play, they should get relief and many golfers do not fill in their divots.

Even at the pro level it only seems fair to grant relief since it's a man made hazard which is not consistently repaired by golfers. By the end of the week, they are everywhere. What if it's just sand dumped into the divot and not packed down or not filled at all. Some can be deep. Relief should be standard.

for the sake of equity, those golfers teeing off early do not encounter nearly as many divots on the course as those fortunate enough (based on tournament position) to be starting their round later in the day. we all should play the same course but the course is different as the day goes on due to new divots in the fairway that early players would not encounter. divots are man-made defects; they are not natural elements of the course. other significant man-made defects (eg., construction areas) are often marked as "ground under repair" for which relief is allowed. i favor relief from the divot.

Improve your Lie in the Fairway, my opinion.

A sand filled divot should be considered ground under repair and a free drop.

Having volunteered at many PGA & LPGA tournaments, I see a big problem with the etiquette logic of #3 during pro events. Caddies don't carry a container of sand/seed to fill in the divot holes of their players. They do replace the turf rug that was gouged out as long as there is one big enough, which quite often there is not. The result is at the end of the day common landing areas are covered with much worse than what Westwood faced.

If they can define a hanging chad in the Bush-Gore election, then golf/golfers should have no problem identifying a Divot! If someone hits a ball into the “fairway” they should be able to lift and drop, I’m not for cleaning the ball! No golfers next shot should be hinder because 1) the divot wasn’t replace, 2) the divot wasn’t filled! A perfect shot should not be turned into a bad result! And, if politicians can change laws unconstitutionally to benefit some, then changing golf rules to benefit all should be a no brainer!

The rub of the green.

Having to hit a shot out of a divot is probably not as common as a hole in one. Good luck or bad luck.... just the luck of the play..