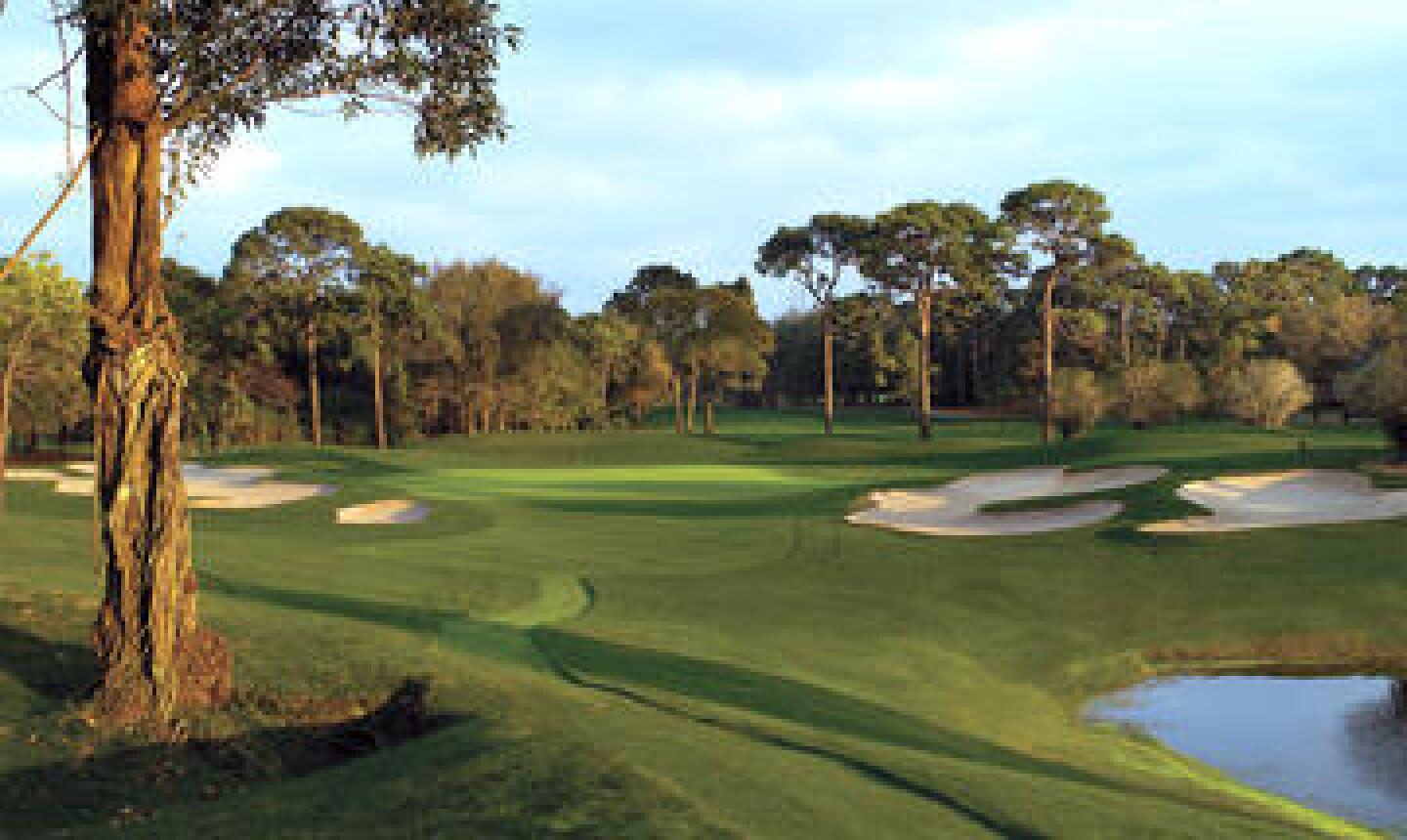 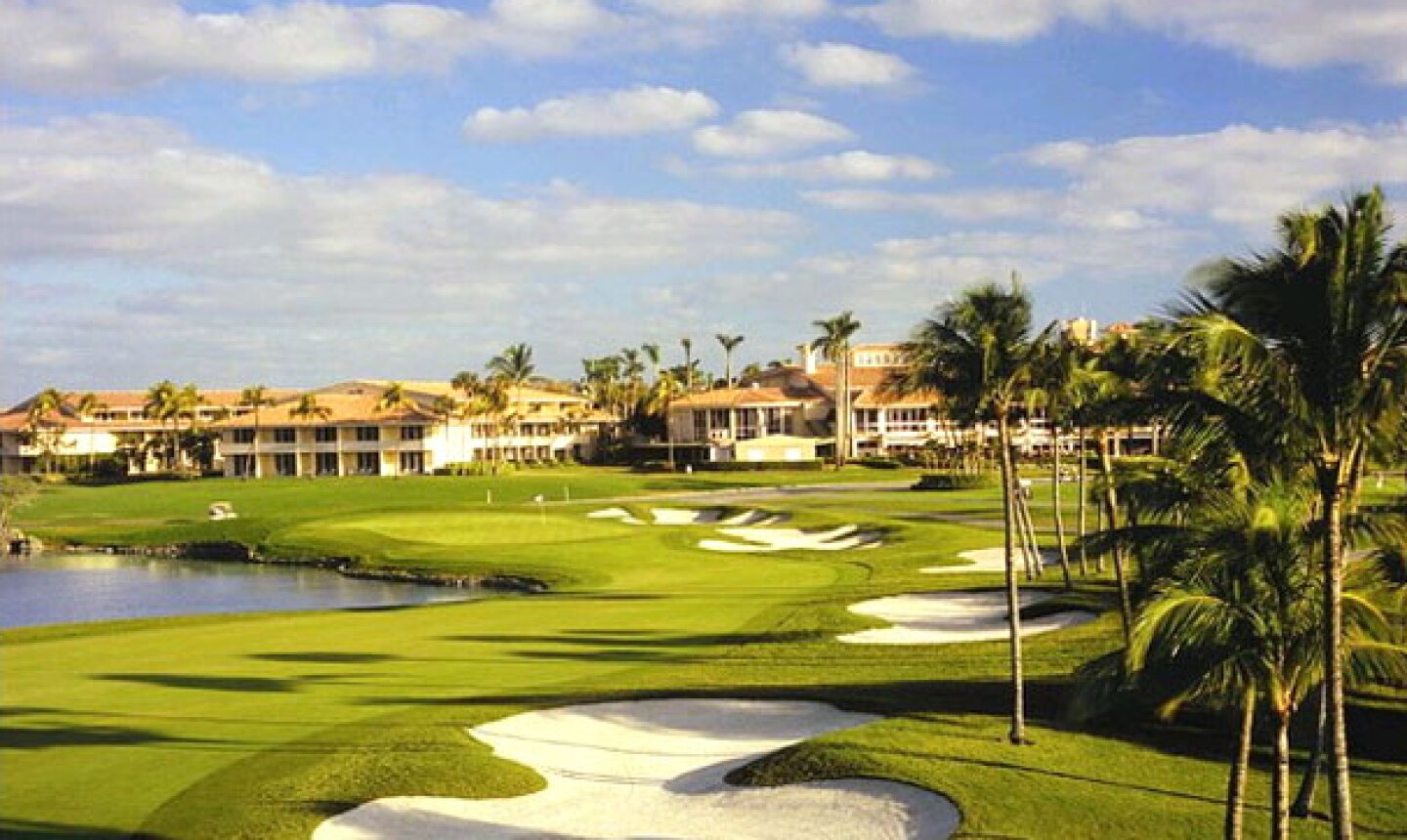 Doral's Blue Monster may fit Tiger's eye, but to the rest of us, this tour venue still plays as a savage beast. Courtesy of Doral Resort & Spa 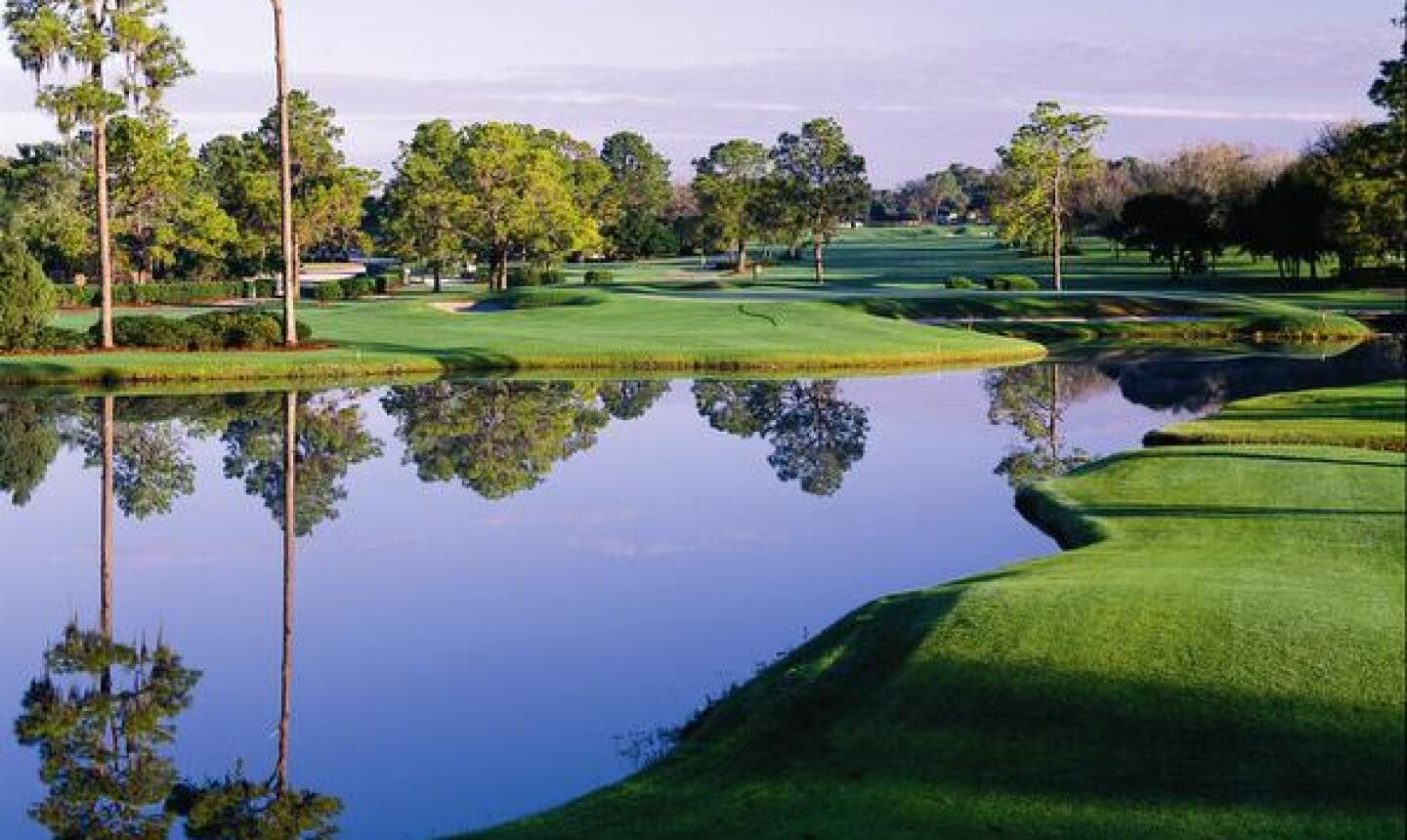 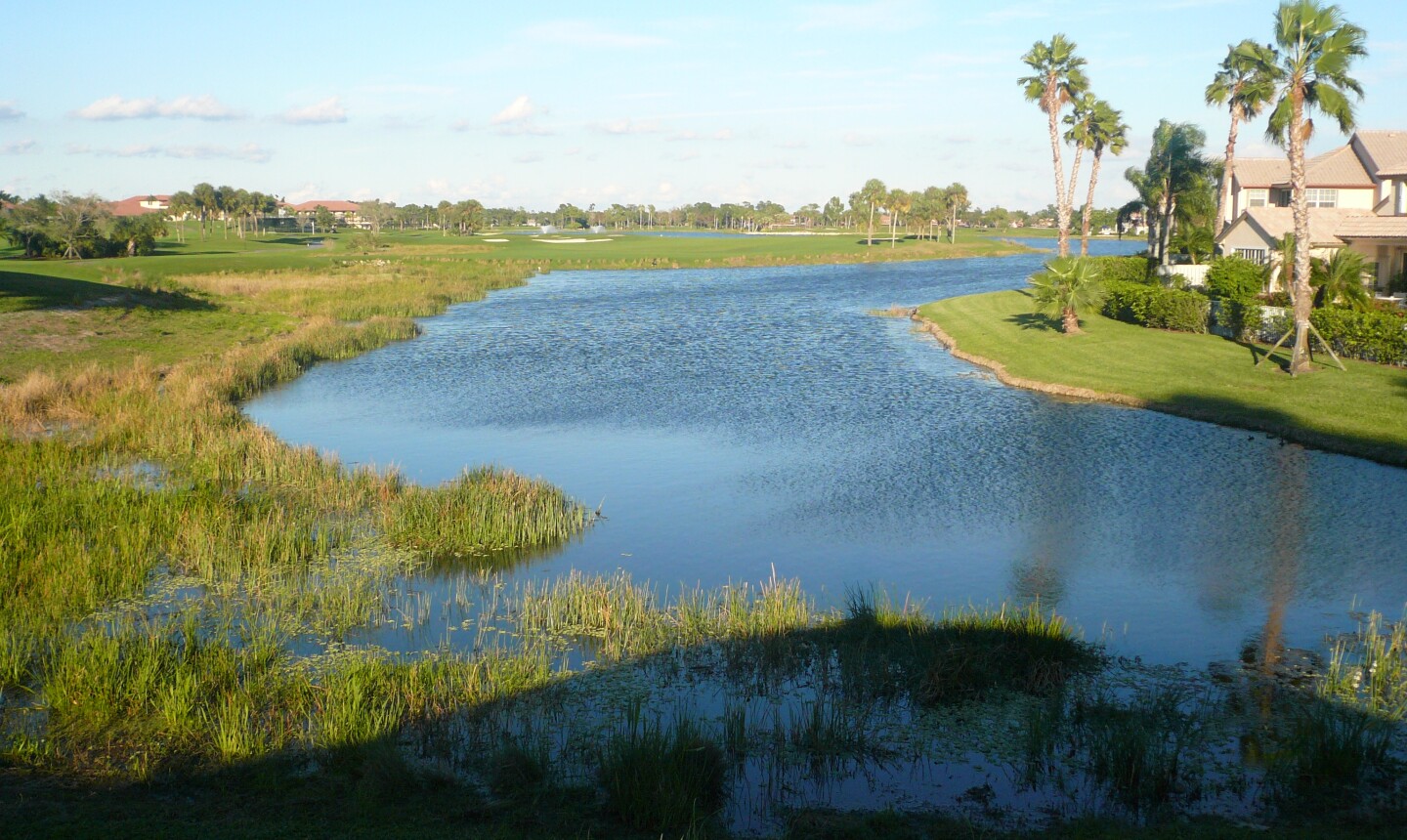 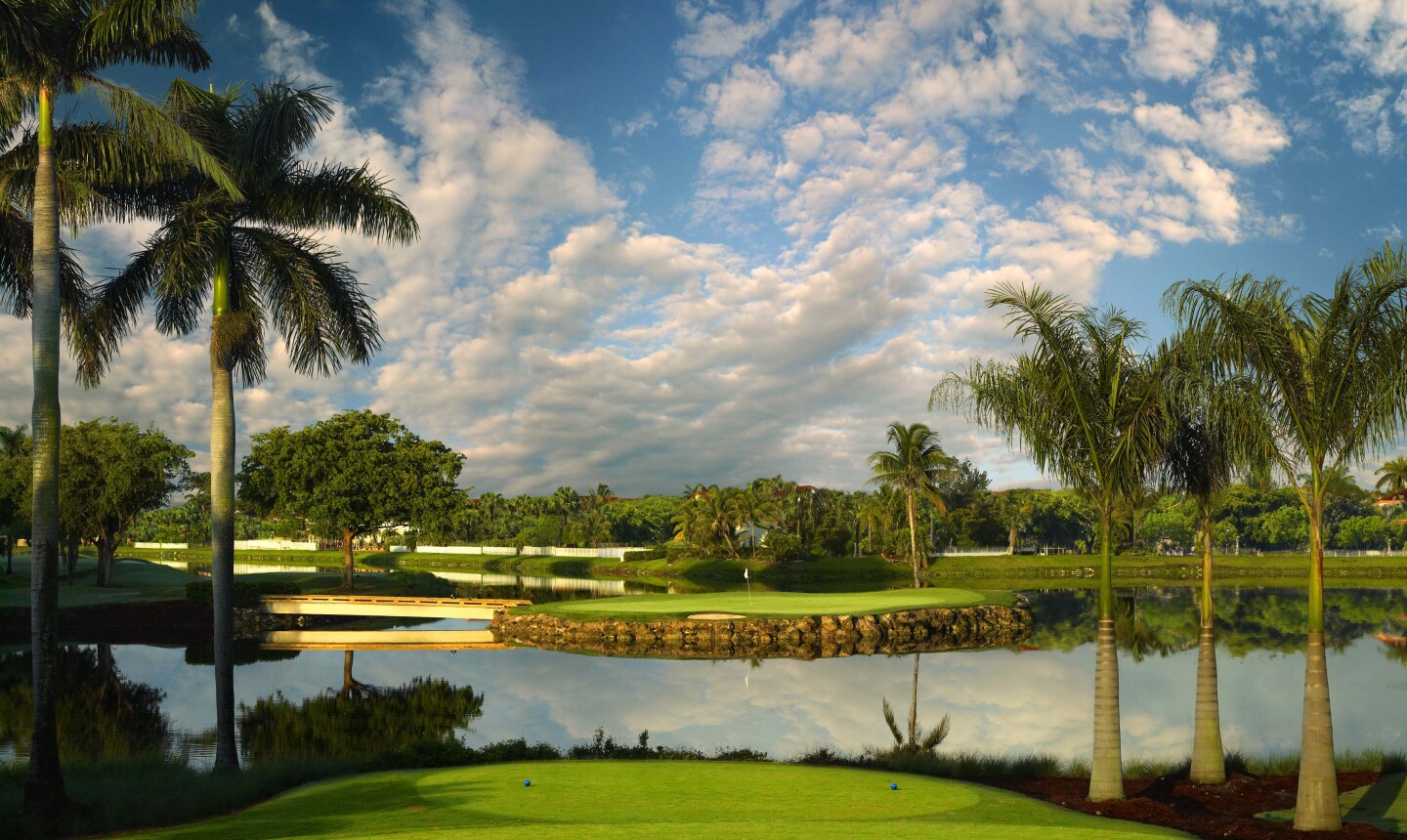 At Doral, don't pass up the chance to play the Jim McLean Signature Course. Courtesy of Doral Golf Resort & Spa

With the PGA Tour amid its spring swing through Florida, you can start planning that golf vacation to some of its destinations, such as the Blue Monster at Doral in Miami and the Copperhead at Innisbrook Resort and Golf Club near Tampa.

The PGA Tour really begins to ramp it up each spring when they roll into Florida for the annual four-week "Florida Swing" leading up to the Masters in April.

But not only is this the time of year when the eyes of the sports world really begin to follow golf, it's also the most publicly accessible stretch of schedule the PGA Tour plays all year long.

Nowhere else will you find four public golf courses right in a row - all in the same state on the PGA Tour.

Not only are these venerable Florida golf courses open to the public, they're some of America's best resorts to tee it up -- not to mention some of the favorite courses the pros tee it up at all year.

So no need for a sponsor's exemption to play on the Florida Swing. Your pass is right here.

Once the tour van has pulled out of town, your golf group can pull right in and enjoy near Tour-quality conditions. And March and April are a fine time -- probably the best -- to play golf in Florida.

Here's a look at following the path of the pros - where you won't need a sponsor's exemption to create your own Florida Swing:

One of Florida's most impressive golf resorts, PGA National Resort & Spa in Palm Beach Gardens boasts five championship golf courses, anchored by the Jack Nicklaus-designed Champion Course, host of the Honda Classic. Holes 15 thru 17 make up the "Bear Trap," one of the toughest stretches of holes the PGA Tour will see all season.

As for the other golf courses at PGA National, diversity is the calling card, though each pays homage to the game's roots (caddies and forecaddies are even available). The Palmer Course is a links-style design in the essence of Scotland, while the Fazio Course seamlessly blends classic golf architecture with modern design. The Squire is a thinking-man's tribute to the styles of the legendary Gene Sarazen.

The Blue Monster at Doral

For Tiger Woods, the Blue Monster at Doral Golf Resort & Spa in Miami is simply "a golf course that fits my eye," which perhaps explains his track record here, which includes three victories and more Top 10s.

For the rest of us, the Blue Monster may not be so kind, and the bermuda rough usually grows thick and deep, plus the daunting 18th hole's water hazard left of the fairway and green is likely to claim at least one of our balls here.

But there are four other choices at Doral, which was recently purchased by Donald Trump, beyond the beast, which is currently undergoing several alterations at the hands of designer Gil Hanse. Resident teaching professional Jim McLean added his own course, the McLean Signature Course, which promises one of the toughest three-hole stretches in south Florida, dubbed the "Bermuda Triangle."

Or, check out Greg Norman's Great White Course, which was overhauled in 2005 to include better-than-ever landscaping on top of its signature "coquina" crushed shells.

The Copperhead Course at Innisbrook

A mainstay on the PGA Tour's Florida Swing, the Copperhead at Innisbrook has been called by Paul Azinger, "The best course we play on tour."

Curtis Strange once said he could play the course every day for the rest of his life. "It has that much character," Strange acknowledged.

And Stewart Cink even said its layout was good enough "it could host a U.S. Open."

Perhaps Florida's golf course with the most "street cred" among the best golfers in the world, the Copperhead will certainly test your mettle as you meander through the deep pines. But it's just one of four championship courses at this Tampa-area golf resort.

Innisbrook's Island Course, which was recently renovated, is a mighty good runner-up to the Copperhead. It plays over 7,300 yards and has hosted both NCAA Championships and U.S. Open Qualifiers, so don't expect a cupcake resort course.

The North Course and South Course, on the other hand, are well shorter, though they still pose plenty of threats in the form of water hazards (both have water on over half their holes) and waste bunkering.

Any die-hard fan of the "King" has to make the trek to Arnold Palmer's winter abode, Bay Hill Club & Lodge in Orlando, at least once.

The course has become a staple on the PGA Tour and nowadays hosts some of the best fields at the Arnold Palmer Invitational presented by MasterCard; due in part to Palmer's involvement and also because so many PGA Tour players call the Orlando area home.

Just remember to hang onto your hat when you fist-pump your way across the green after drilling a putt on the 18th, ala Tiger's 2008 climactic finish. 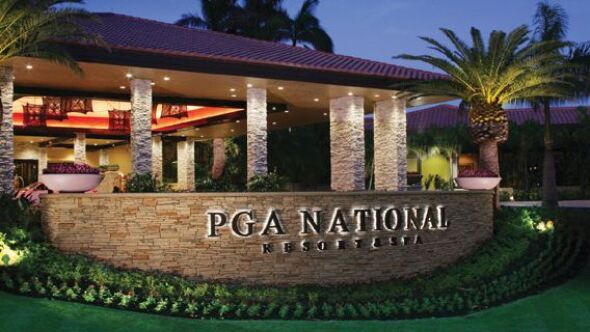 Articles
3 Min Read
PGA National Resort and Spa in Palm Beach Gardens, Fla.: Revamped facility is big on golf and style
There's something for every golfer on every level at PGA National Resort and Spa. A recent $65 million renovation to the south Florida resort included significant improvements to its five golf courses. The Champions Course gets most of the attention, but the whole venue features a new, modern look and feel that exudes luxury and serious golf. Considering a high-end golf trip? PGA National deserves a look, Mike Bailey writes.

Kira K. Dixon
Lifestyle Correspondent
Now Reading
No sponsor's exemption needed: Follow the PGA Tour's Florida Swing to PGA National, Doral, Innisbrook and Bay Hill
New Cookie Policy
WE AND OUR PARTNERS USE COOKIES ON THIS SITE TO IMPROVE OUR SERVICE, PERFORM ANALYTICS, PERSONALIZE ADVERTISING, MEASURE ADVERTISING PERFORMANCE, AND REMEMBER WEBSITE PREFERENCES. BY USING THE SITE, YOU CONSENT TO THESE COOKIES. FOR MORE INFORMATION ON COOKIES INCLUDING HOW TO MANAGE YOUR CONSENT VISIT OUR COOKIE POLICY.
CONTINUE
Search Near Me