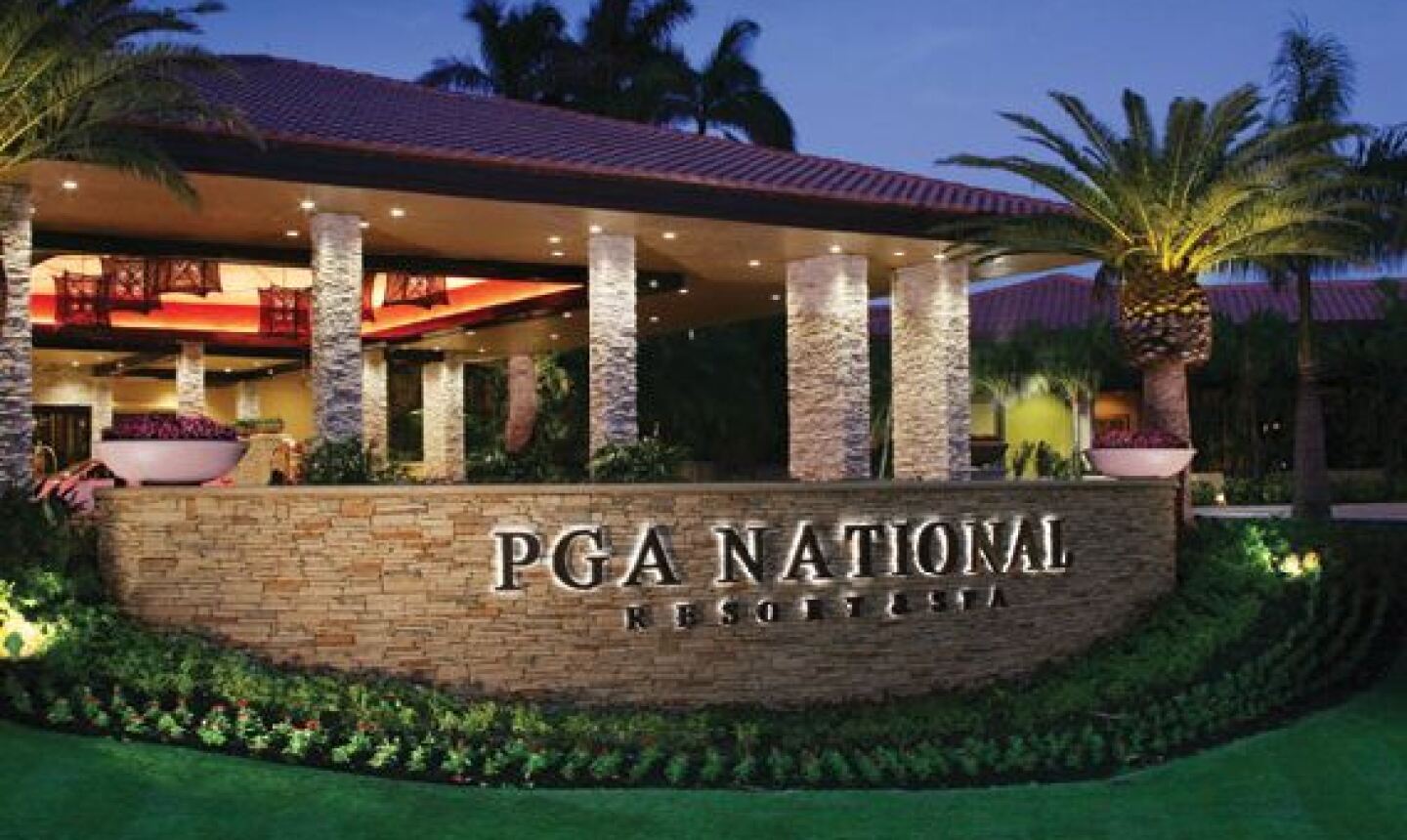 On the heels of a $65 million renovation, PGA National Resort and Spa exudes luxury and serious golf. Courtesy of PGA National 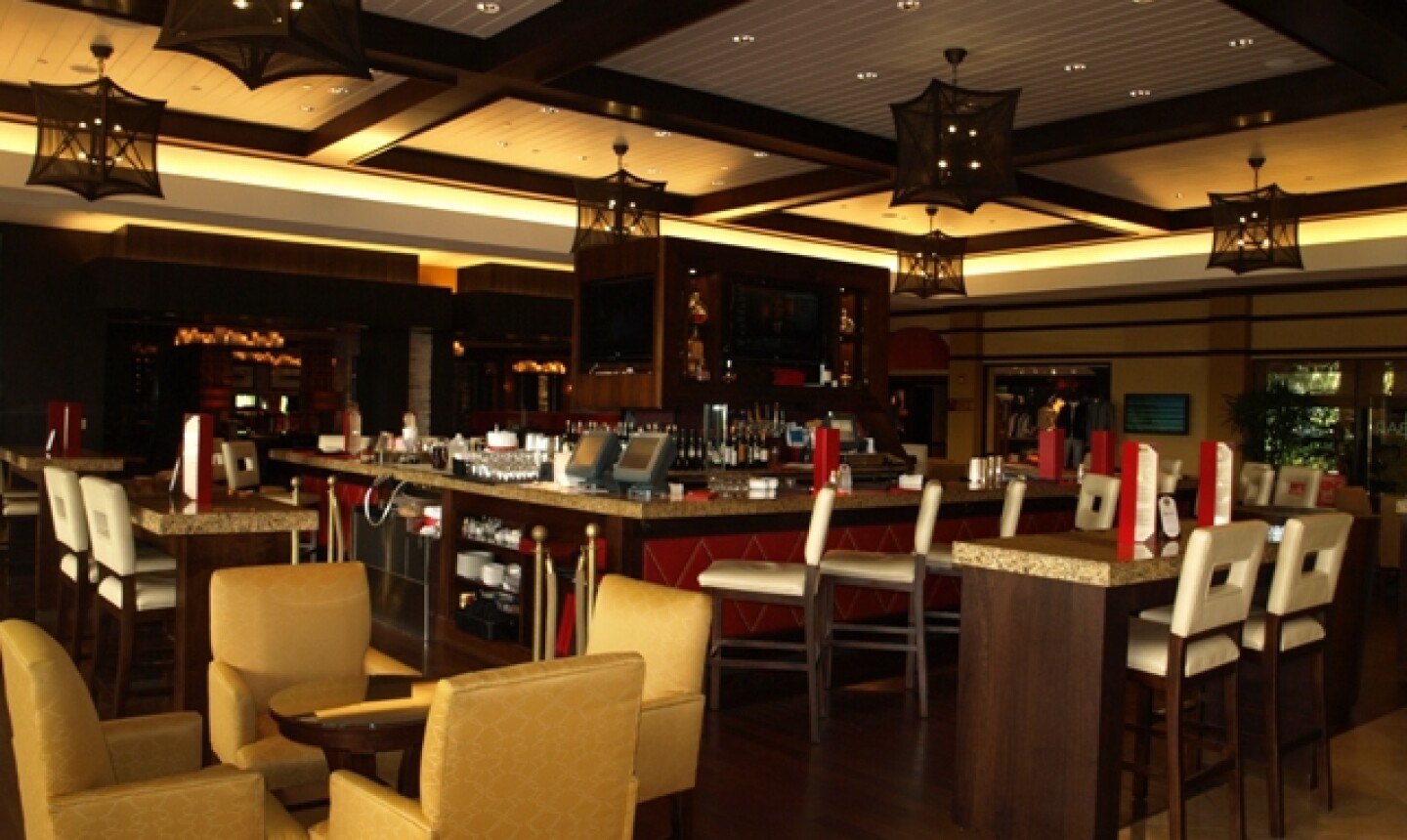 PGA National's iBAR, located in the lobby, is a popular spot to gather. Mike Bailey/Golf Advisor 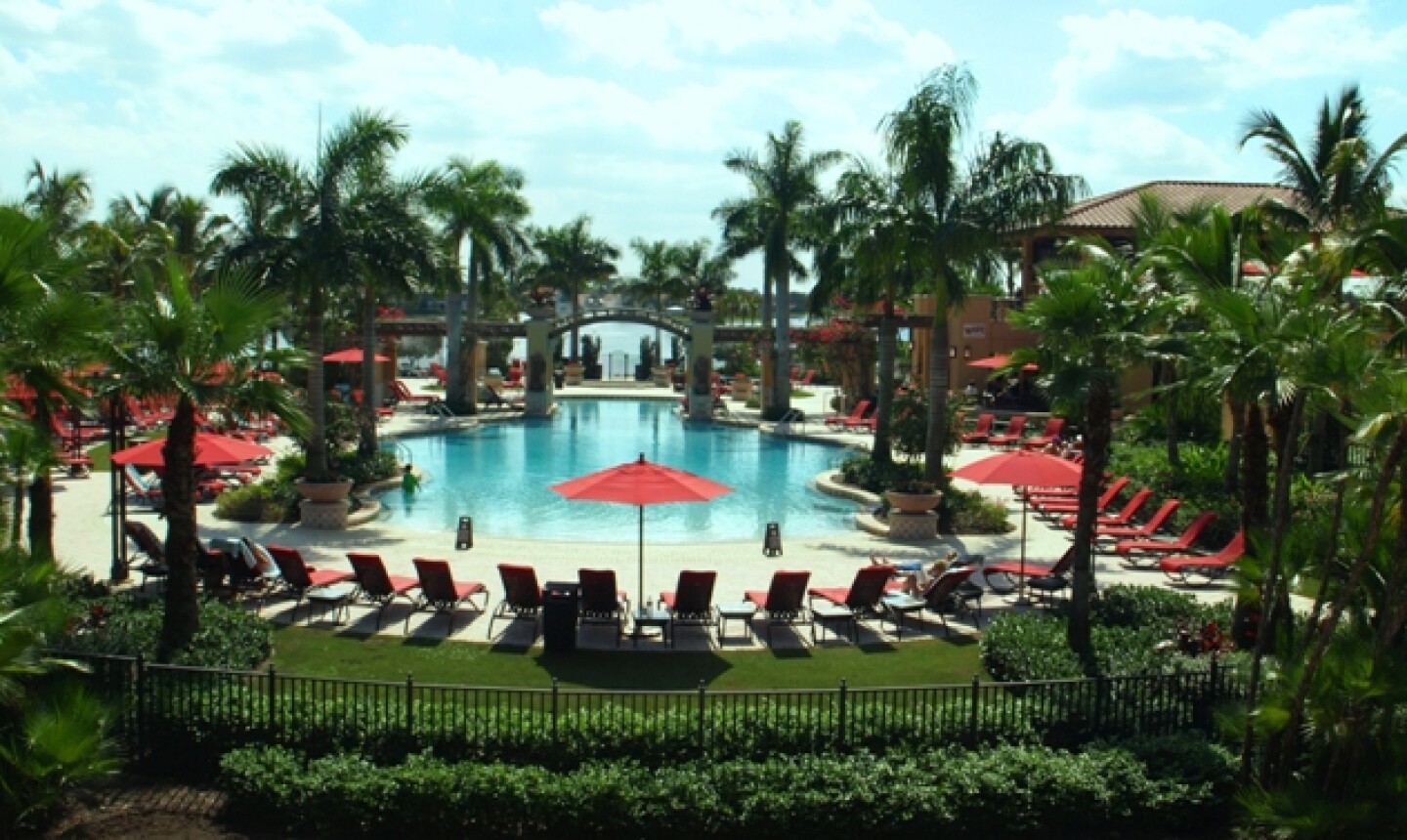 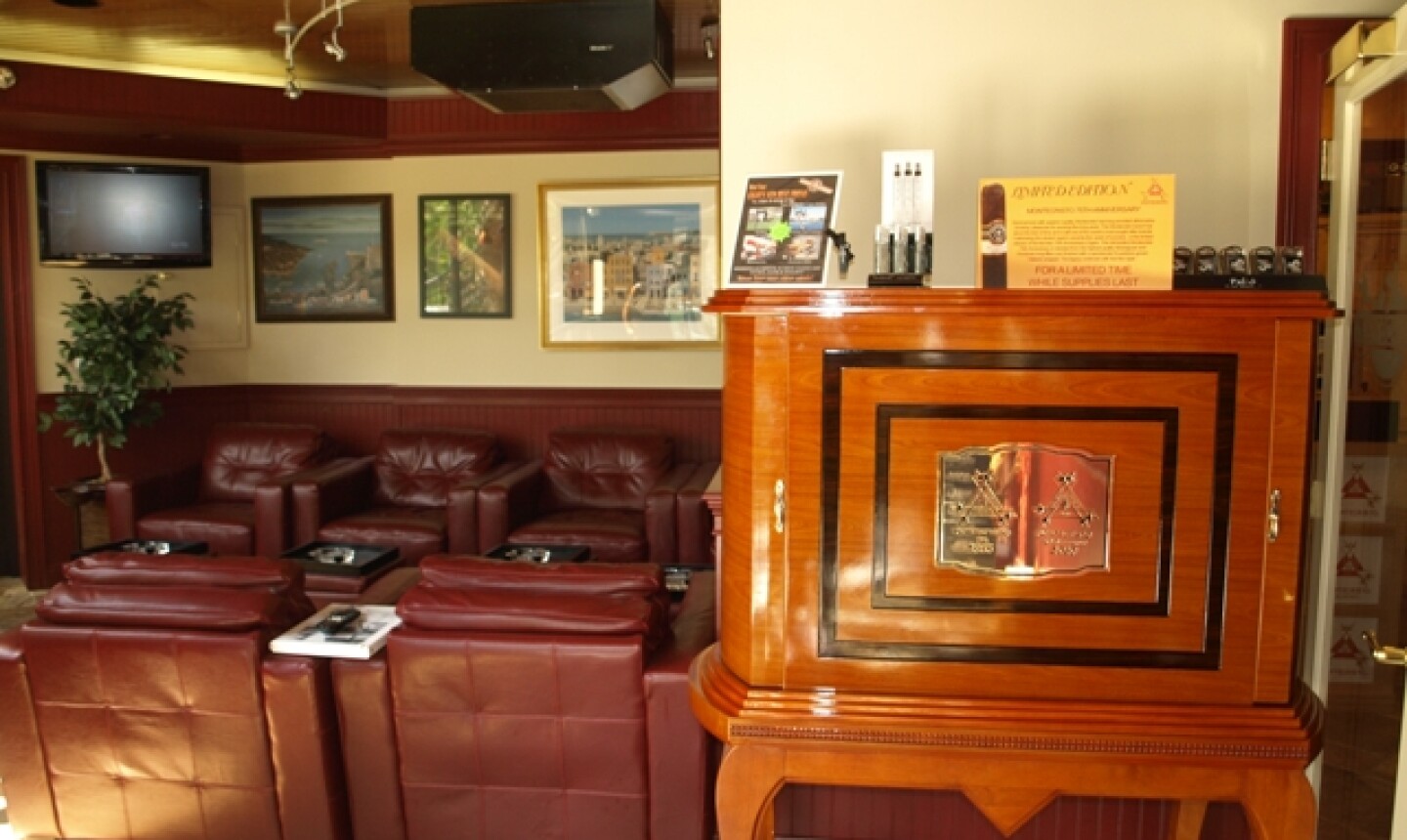 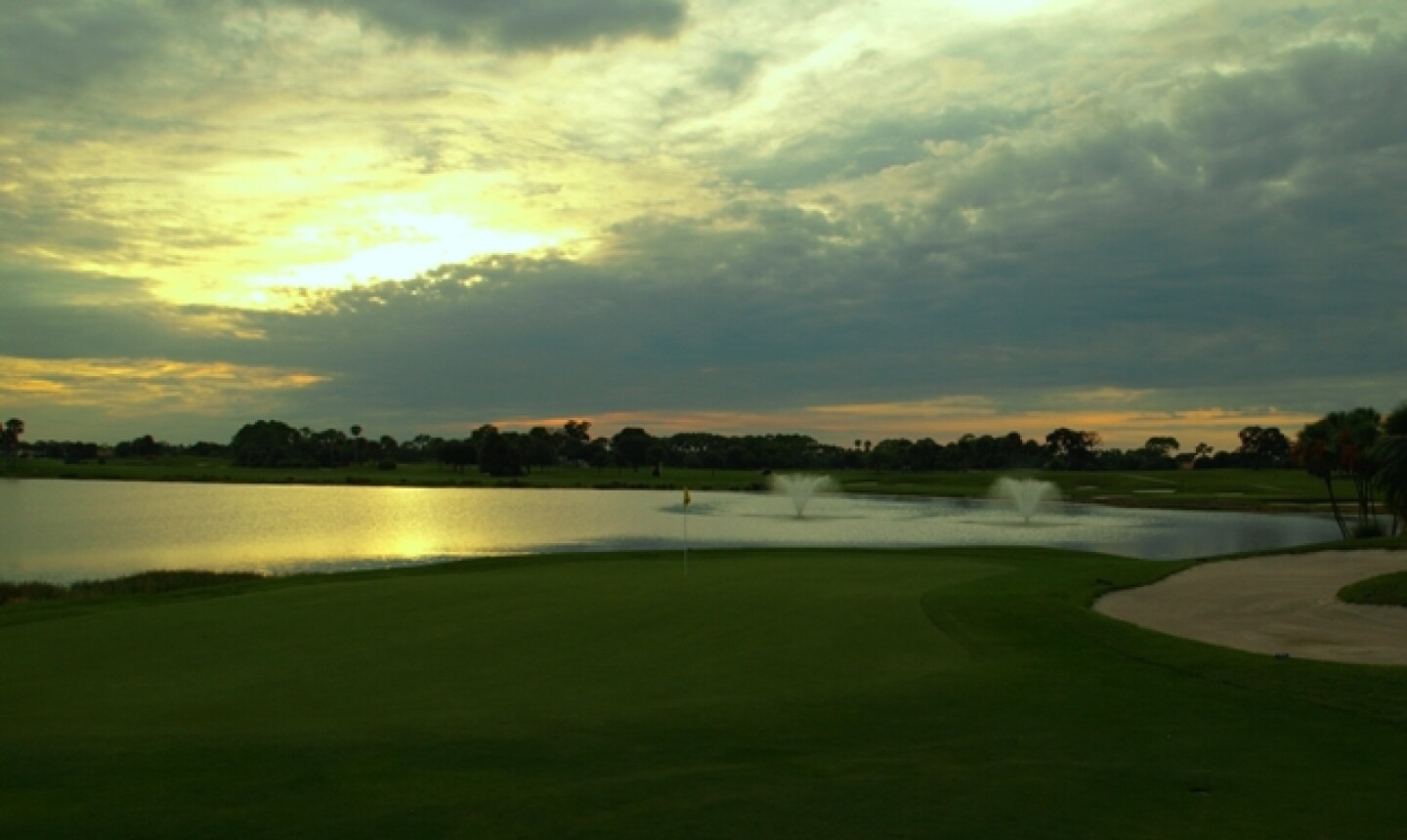 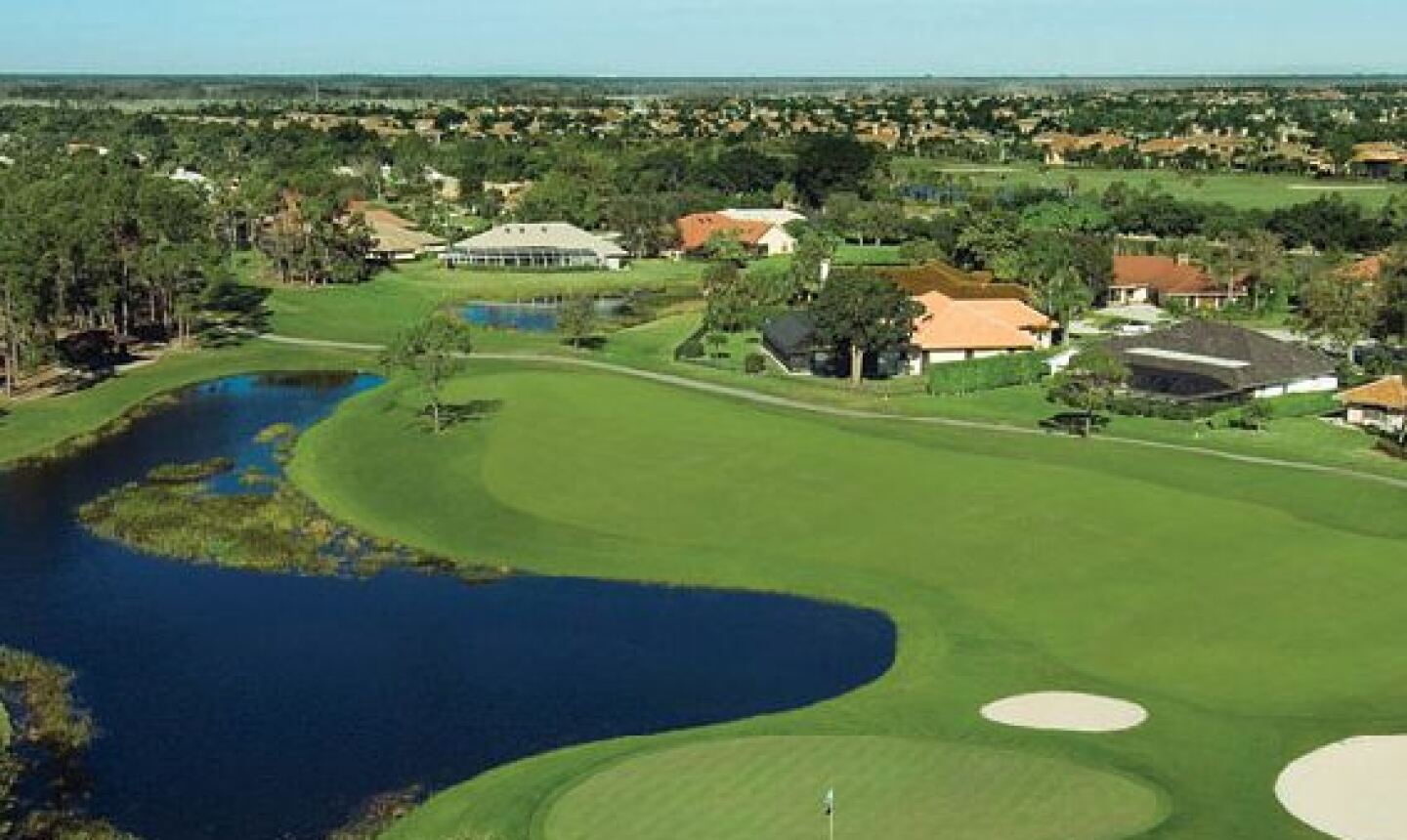 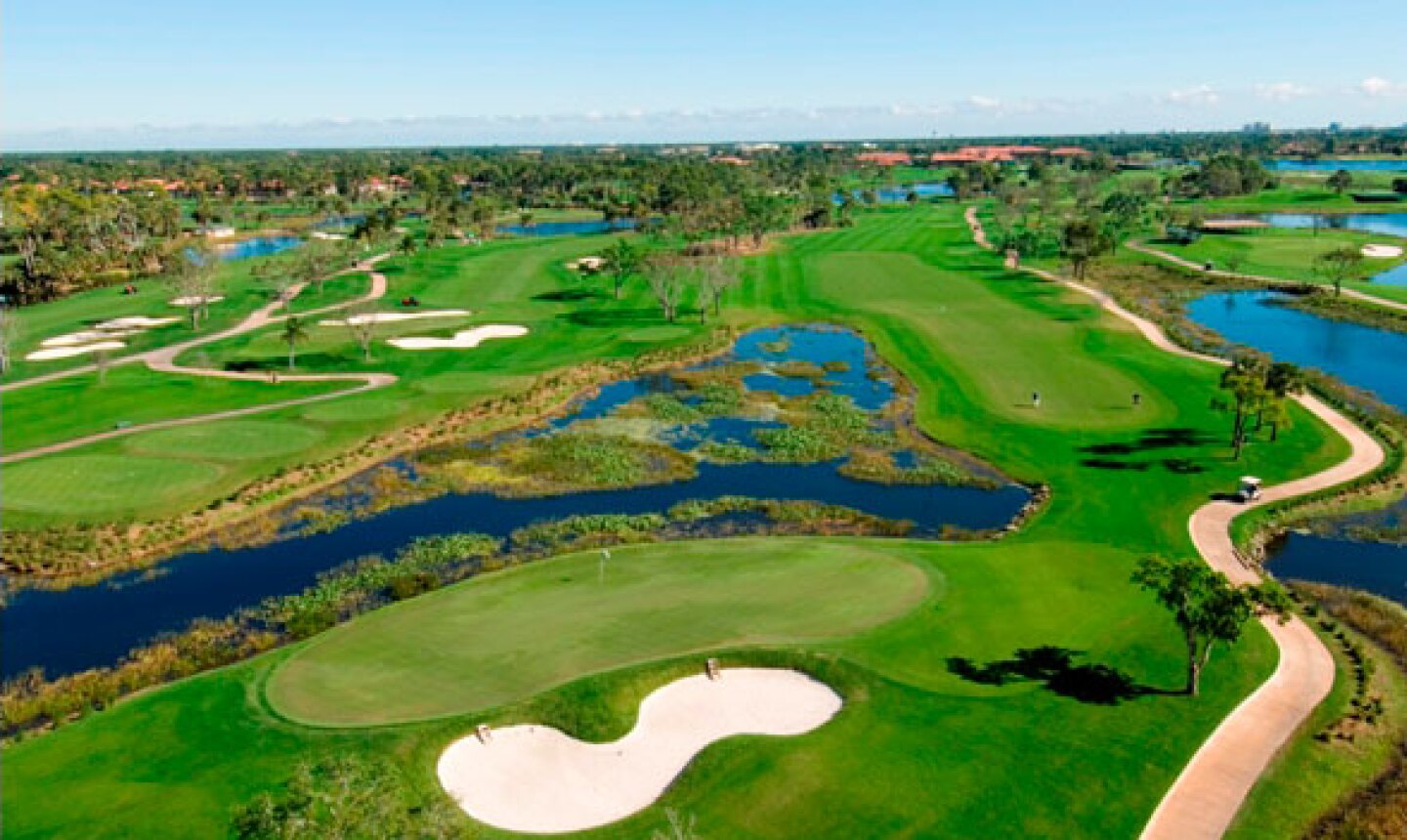 The Champion Course, host of the PGA Tour's Honda Classic, serves as the centerpiece of the golf-centric PGA National Resort and Spa. Courtesy of PGA National

PALM BEACH GARDENS, Fla. -- For those who live and breathe golf and like to do it in style, the new-look PGA National Resort and Spa should rank among the short list of travel destinations.

After new owners recently ordered a $65 million renovation of the entire resort that included significant improvements to its five golf courses, PGA National offers a new, modern look and feel that exudes luxury and serious golf.

With its large European spa featuring the Waters of the World, fine dining, hip bars and extremely comfortable rooms, the resort is back as one of South Florida's premier destinations.

Headlined by The Champion Course, host of the PGA Tour's Honda Classic, the golf at PGA National will hold your interest. Add the new David Leadbetter Golf Academy, Dave Pelz Scoring School, Titleist Performance Institute and professional club-fitting service, and there's something for every golfer on every level. PGA National is the first resort in the world to include the Leadbetter and Pelz schools at one location.

"If you're serious about improving your golf game, we have every base covered," said Jane Broderick, director of golf operations at PGA National.

The resort's updates, in addition to the new eateries and room decor, include the 33,000-square-foot PGA National Health and Racquet Club, which added new equipment and training rooms. And you'll want to see the new zero-entry pool and a cigar bar.

"Our $65 million revitalization gives us a sophisticated new feel and compliments our overall guest experience," says Joel Paige, vice president and managing director. "We felt the investment was the perfect vehicle to celebrate our 30-year anniversary as we continue to build customers for life."

The Champion Course boasts as much history and tradition as many storied layouts with a higher-profile reputation. Originally designed by Tom Fazio and George Fazio -- and more famously renovated by Jack Nicklaus -- the Champ, as its known, has also hosted the Champions Tour, the Ryder Cup, the PGA Championship and countless other championships.

The Champion has undergone significant improvements over the past decade. It's home to the famous Bear Trap on holes 15 to 17, a stretch of two difficult and watery par 3s sandwiched around a par 4. The layout has a reputation for its tough play, especially in the wind. And the other four classic South Florida golf courses, which feature plenty of water, trees, gators and gently rolling fairways, aren't too shabby either.

They include The Palmer, actually a bit longer than The Champion at 7,079 yards; The Haig, a George and Tom Fazio design that pays tribute to five-time PGA Champion Walter Hagen; The Squire, also designed by the Fazios to pay homage to Gene Sarazen; and The Estates course, a Karl Litten layout that sits a short drive from the other golf courses.

"We are able to offer golfers of all skill levels an unparalleled golf experience," Broderick said.

Simply put, PGA National Resort and Spa is a fantastic all-around golf resort that excels in its amenities and accommodations. It's on a short list of resorts that include five golf courses. And here, four originate from one large golf shop.

The jewel of the collection is undoubtedly The Champion Course, but don't take the others lightly. Particularly impressive, The Palmer recently underwent a complete renovation, and The Squire features new greens. Although plenty of homes sit around the golf courses, they're not too noticeable and don't often come into play. And you'll find plenty of South Florida features, including lots of water, sand, native trees and alligators.

Beyond the golf, the other amenities at PGA National are exceptional. Dining at the signature Ironwood Grille Restaurant rates as a well-above-average culinary experience with outstanding steaks, prime rib, seafood and appetizers.

Inside the new lobby is the new iBAR, fast becoming a favorite spot to hang out and watch sports on TV or listen to live music. It also serves as the site of resort-staged special events such as wine tastings and ladies night out.

Don't miss the resort's 40,000-square-foot spa, which offers dozens of treatments from experienced therapists. And the outdoor mineral pools, dubbed the Waters of the World, complete the experience.

PGA National is perfect for a guys' trip or a couples' retreat. It deserves consideration for anyone thinking about a luxury golf trip of more than two or three days. 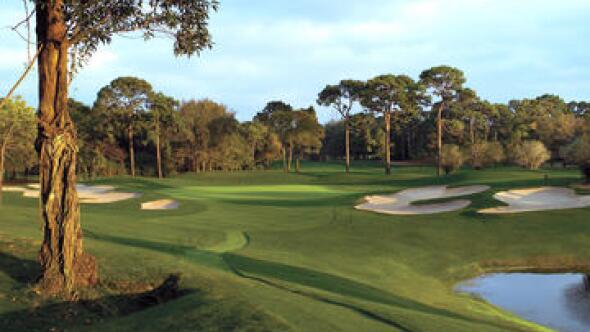 Articles
4 Min Read
No sponsor's exemption needed to follow the path of the pros on the PGA Tour's Florida Swing
The PGA Tour really begins to ramp it up each spring when they roll into Florida for the annual four-week "Florida Swing" leading up to the Masters. It's the most publicly accessible stretch of schedule the tour plays all year long. Here's a look at following the path of the pros -- where you won't need a sponsor's exemption to create your own Florida Swing.

Kira K. Dixon
Lifestyle Correspondent
Now Reading
PGA National Resort and Spa in Palm Beach Gardens, Florida: Revamped facility is big on golf and style
New Cookie Policy
WE AND OUR PARTNERS USE COOKIES ON THIS SITE TO IMPROVE OUR SERVICE, PERFORM ANALYTICS, PERSONALIZE ADVERTISING, MEASURE ADVERTISING PERFORMANCE, AND REMEMBER WEBSITE PREFERENCES. BY USING THE SITE, YOU CONSENT TO THESE COOKIES. FOR MORE INFORMATION ON COOKIES INCLUDING HOW TO MANAGE YOUR CONSENT VISIT OUR COOKIE POLICY.
CONTINUE
Search Near Me