Playing after watching is a Cool Golf Thing

One of the debates that seems to roll around this time each year is over which major people most enjoy watching. I think a solid case can be made for any of them, save the PGA Championship, which is a compelling enough viewing experience but, in the absence of a strong identity, relatively vanilla.

The Masters has the 56-minutes-of-live-golf-per-hour policy and the iconic nature of the course. The U.S. Open has the threat of disaster that tends to loom over every shot. The Open Championship is a visual delight no matter the venue, because it's always held on links, where course vistas, bounding golf balls, revetted bunkers and nasty off-fairway lies add to a pleasingly unfamiliar atmosphere. But what makes me enjoy watching the Open just a little more than the other majors is a fact of geography: it takes place five time zones ahead of me. After play concludes, there's often enough daylight for 18 holes.

There is no better motivator for my own practice than watching truly thrilling competitive golf. That crystallized this April, when after Tiger Woods' triumphant Masters victory, which came earlier in the day than ever before due to the threat of inclement weather moving tee times to the morning, I didn't have to suppress that energized feeling because daylight would keep me from hitting some shots of my own. It was the exception that proved the rule: stateside majors delay that gratification. For all the visual delights while it's airing, the Open Championship's tradition of sending American viewers out to the golf course once the claret jug has been decided might be the best thing about watching it in the first place. 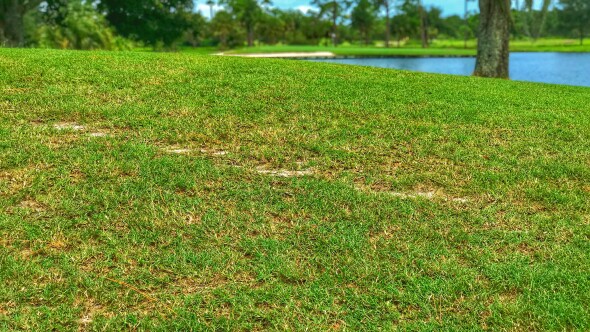 Articles
1 Min Read
Previously, on 'Cool Golf Things'...
Don't like it? Don't hit it there.

Kira K. Dixon
Lifestyle Correspondent
Now Reading
Playing after watching is a Cool Golf Thing
New Cookie Policy
WE AND OUR PARTNERS USE COOKIES ON THIS SITE TO IMPROVE OUR SERVICE, PERFORM ANALYTICS, PERSONALIZE ADVERTISING, MEASURE ADVERTISING PERFORMANCE, AND REMEMBER WEBSITE PREFERENCES. BY USING THE SITE, YOU CONSENT TO THESE COOKIES. FOR MORE INFORMATION ON COOKIES INCLUDING HOW TO MANAGE YOUR CONSENT VISIT OUR COOKIE POLICY.
CONTINUE
Search Near Me