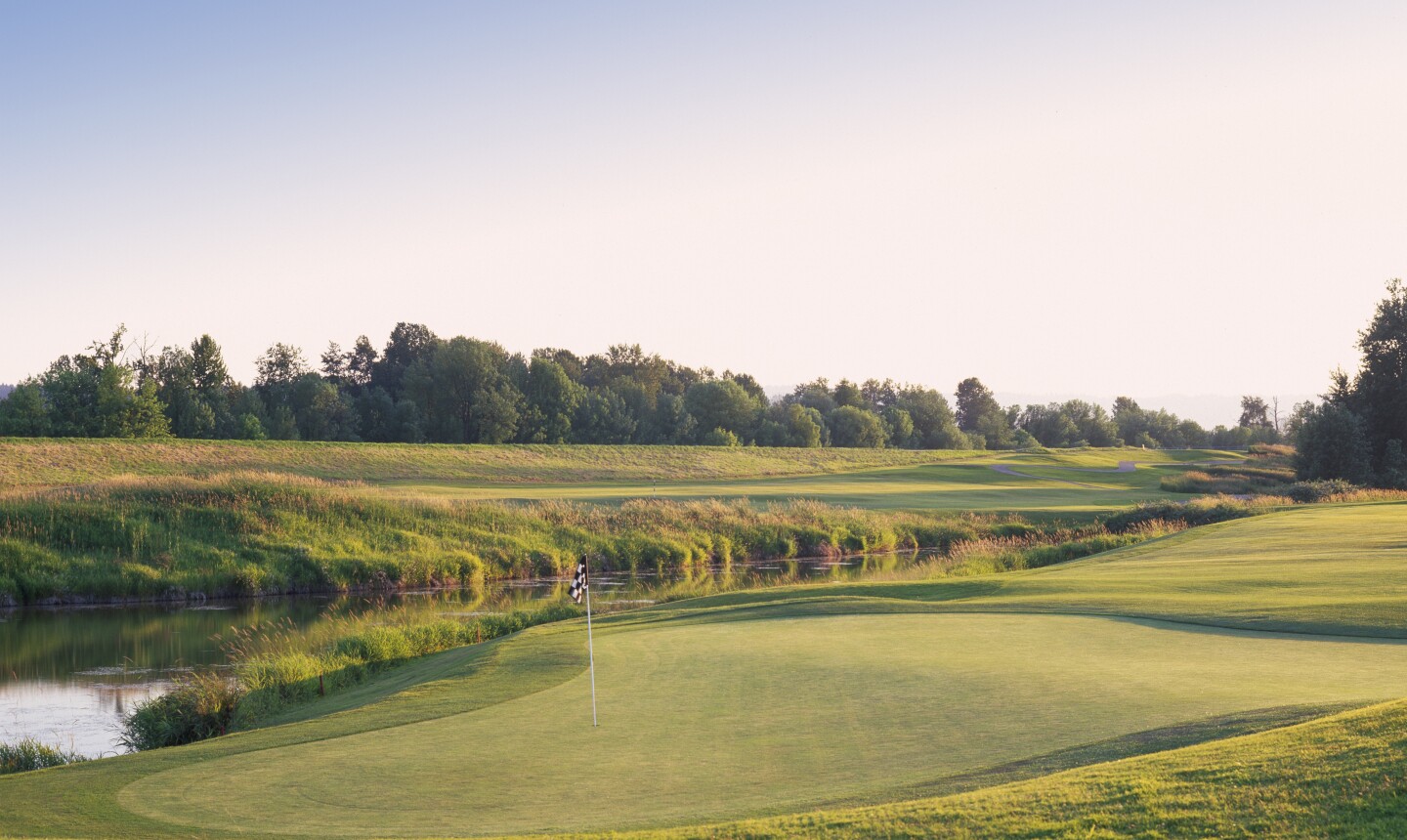 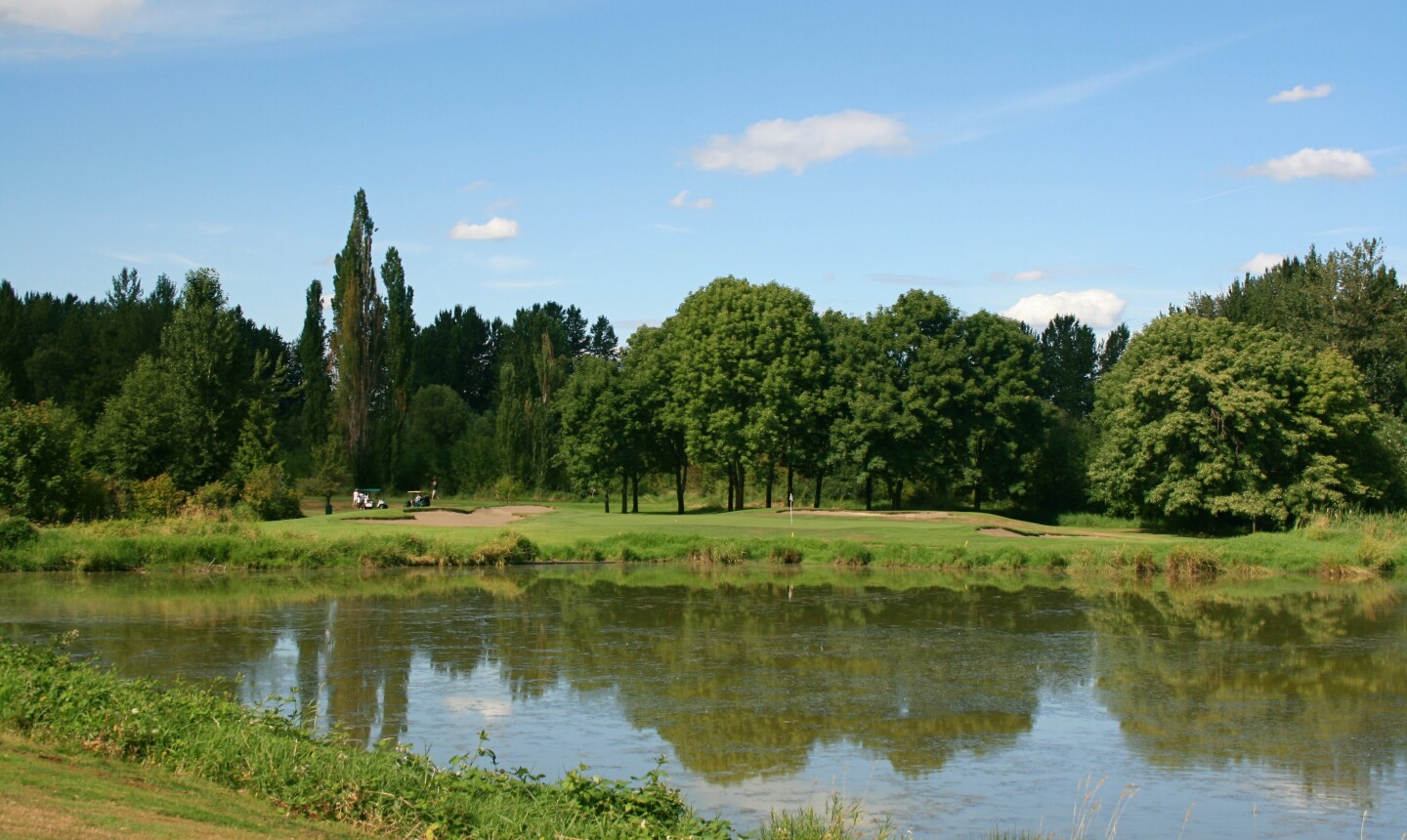 The Greenback course at Heron Lakes G.C. doesn't feature as much water as the Great Blue, but carries are still demanded on holes like the par-3 third. Brandon Tucker/Golf Advisor 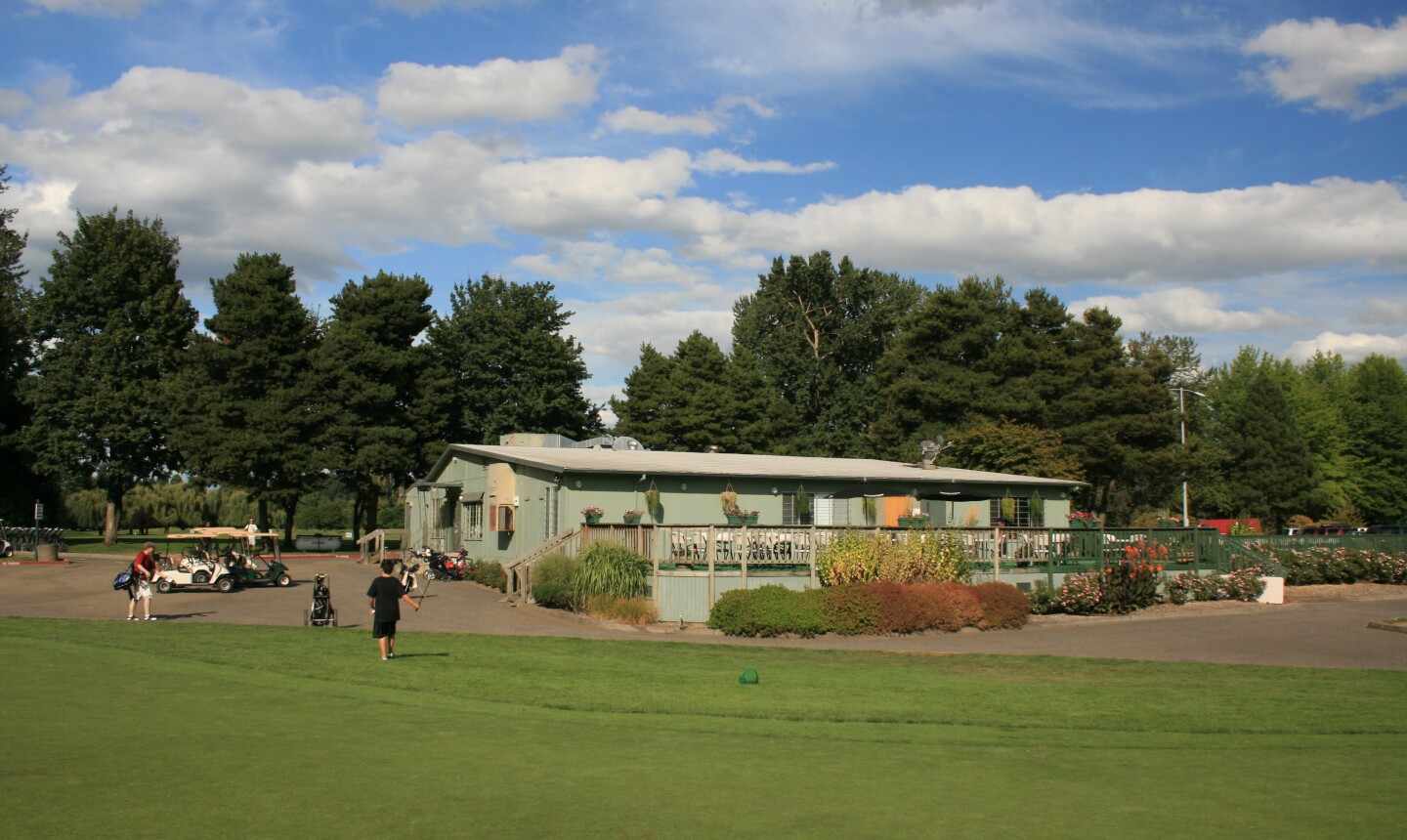 Kemper Sports has renovated the existing clubhouse at Heron Lakes Golf Club, and there are plans to build a new one in the near future. Brandon Tucker/Golf Advisor 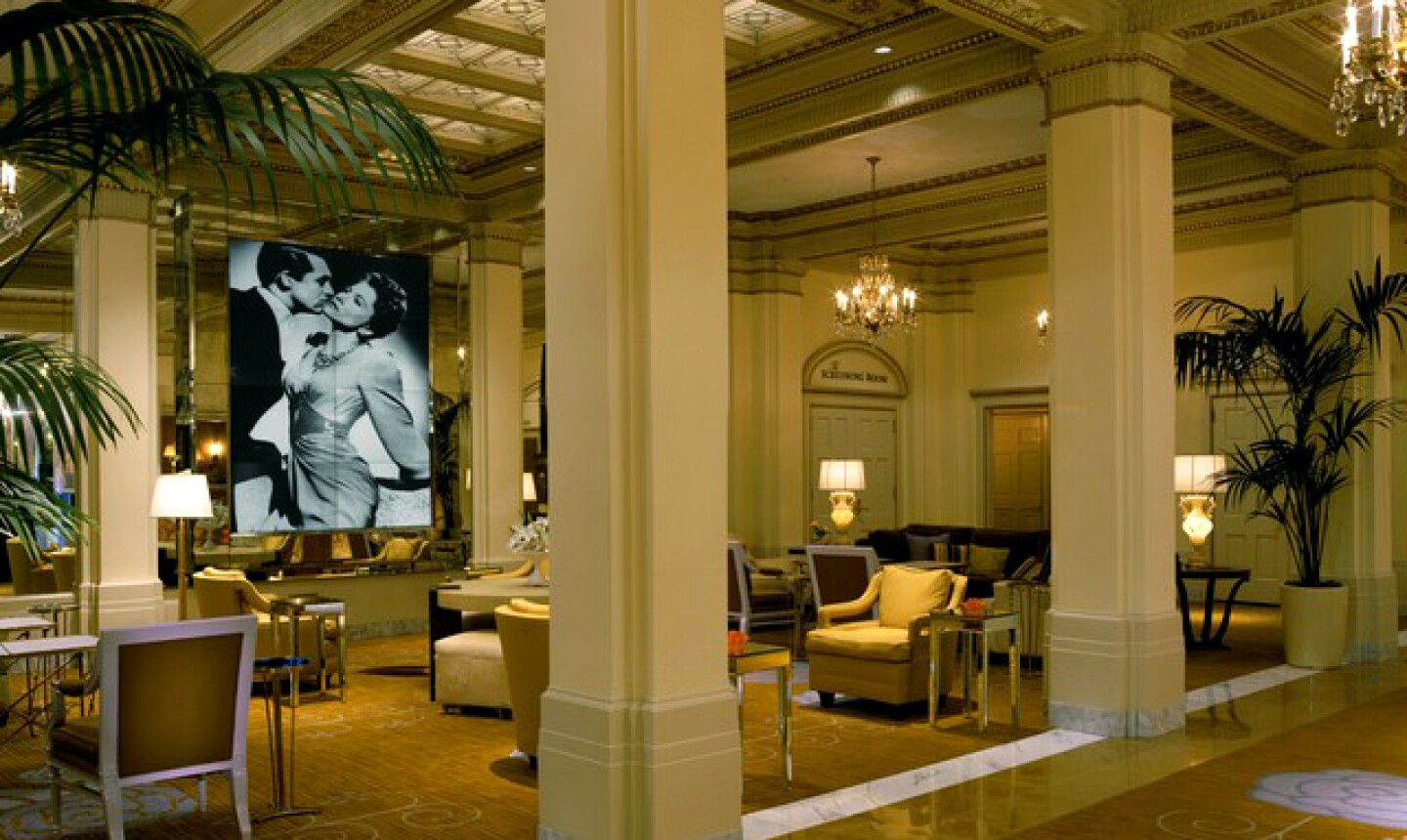 The Hotel Deluxe Portland is a stylish property in the heart of downtown. Courtesy of Hotel Deluxe

PORTLAND, Ore. - Portland is one of America's great livable and unique cities, and its residents are an especially outdoorsy bunch during the sunny summer months.

So it makes perfect sense that the city would have a dynamite municipal golf system, which is highlighted by Heron Lakes Golf Club, just minutes north of downtown.

Featuring two of the five municipal golf courses of Portland, Heron Lakes G.C. has always been considered an area gem since the first 27 holes were laid in 1971, followed by an additional nine holes that would later add to the separating into two 18-hole courses that debuted in 1992 and resulted in the Greenback at Heron Lakes Golf Club and Great Blue at Heron Lakes Golf Club.

In June of 2008, Kemper Sports was tapped by the city to oversee management of the facility and make the course an even better asset to Portland's golfing citizens. Considered by local players as little more than a "mom-and-pop shop" for many years, the course still offers that same local vibe and green fees low enough that it can be any golfer's weekly course.

So far, improvements appear to be working as the club experienced a 13-percent increase in rounds played through the summer of 2009 compared to a year prior.

For visitors to the Portland area, the two courses, especially the Great Blue, are fit for those who don't want to fork over Pumpkin Ridge-type green fees.

It's a muni that has attracted some of the game's best players, just look at the course records: Johnny Miller holds the course record on the Greenback: 63, while Tiger Woods holds the Great Blue course record at 64. Stretching to a length more than 6,900 yards, Great Blue most recently hosted the 2000 U.S. Amateur Public Links Championship, won by D.J. Trahan, and with a new clubhouse plans in the works, the club hopes to welcome back a top amateur event in the near future.

"No break, Heron Lakes," is how the starter described the Greenback course to my group before teeing off, and that's pretty accurate. The breaks are more subtle, though they're pretty large and yield a good amount of long lag putts.

Great Blue, on the other hand, features more undulations and shelves, and the possibility for some tricky pin locations, especially on the par 5s, such as the 16th, where finding yourself above the pin is a recipe for three-putting. The championship rating is almost two shots higher at 73.2/140, and the eighth hole is a long par 4 for any handicap, thanks to a sharp dogleg around a river. While there are some birdie opportunities to be had, like the short par-4 third hole at just 326 yards, No. 18 is a sinister closer with an intimidating tee shot: a 413-yard par 4 with water down the right side and in front of the green and bunkers left.

The Portland area's top two upscale games in town are at Pumpkin Ridge (with its Ghost Creek course and Witch Hollow course) and Reserve Vineyards & Golf Club with its Cupp course and Fought course. But those who want to stay close to the city and are more money-conscious, Heron Lakes makes a good case to skip those courses.

If your group only has time for one round, and you're a pretty good stick, play the Great Blue, which is as challenging as you'll find in the area and has better hole variety.

Where to stay in Portland: Hotel Lucia and Hotel Deluxe

Portland is as artsy and weird of a city as there is, so to do your Portland stay right, steer clear of the cookie-cutter properties and check out one of two Provenance brand hotels downtown.

Opened in 2006, Hotel Deluxe offers the look of a Golden Era property in a beautifully renovated building within walking distance to all of downtown's attractions. No two guest rooms are alike, and the lobby bar, Driftwood, is a dimly lit, sophisticated hideout to meet up. It's around the corner from the MAX rail red line that connects straight to the airport.

Hotel Lucia is more modern-themed but showcases the black-and-white photographs of David Hume Kennerly. Hundreds of fantastic shots are on display in guest rooms, hallways and public spaces.

While both hotels are stylish, rest assured a great attention is given to the comforts of the room as well. Pillow menus are a common aspect to each of Provenance's hotels, where you can choose from a selection of sizes and firmness to ensure it's just like your pillow back home (if that's a good thing) and iPod docks mean your own tunes can set your own mood.