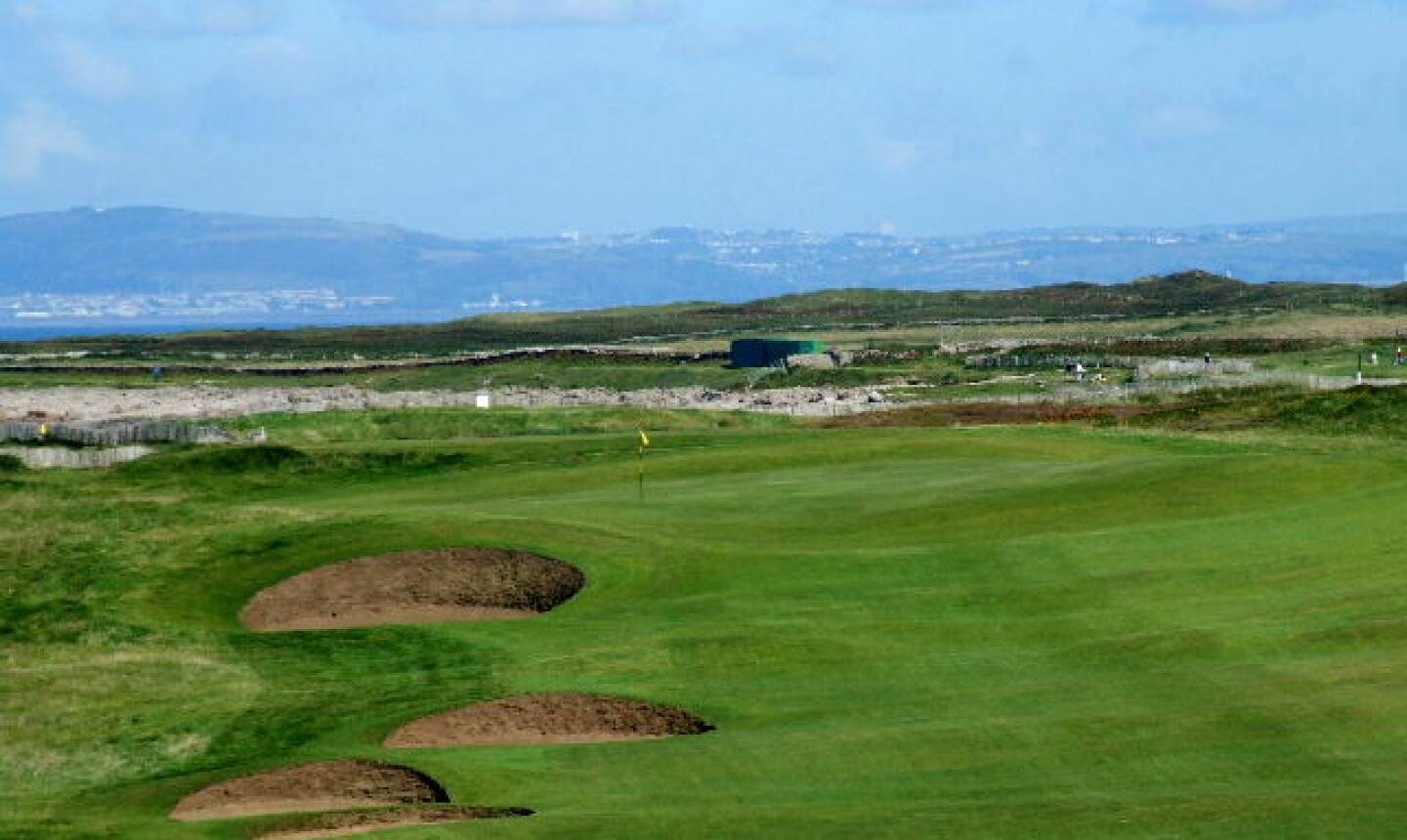 Royal Porthcawl's first hole with its pot bunkers to the left is its most famous. Brandon Tucker/Golf Advisor 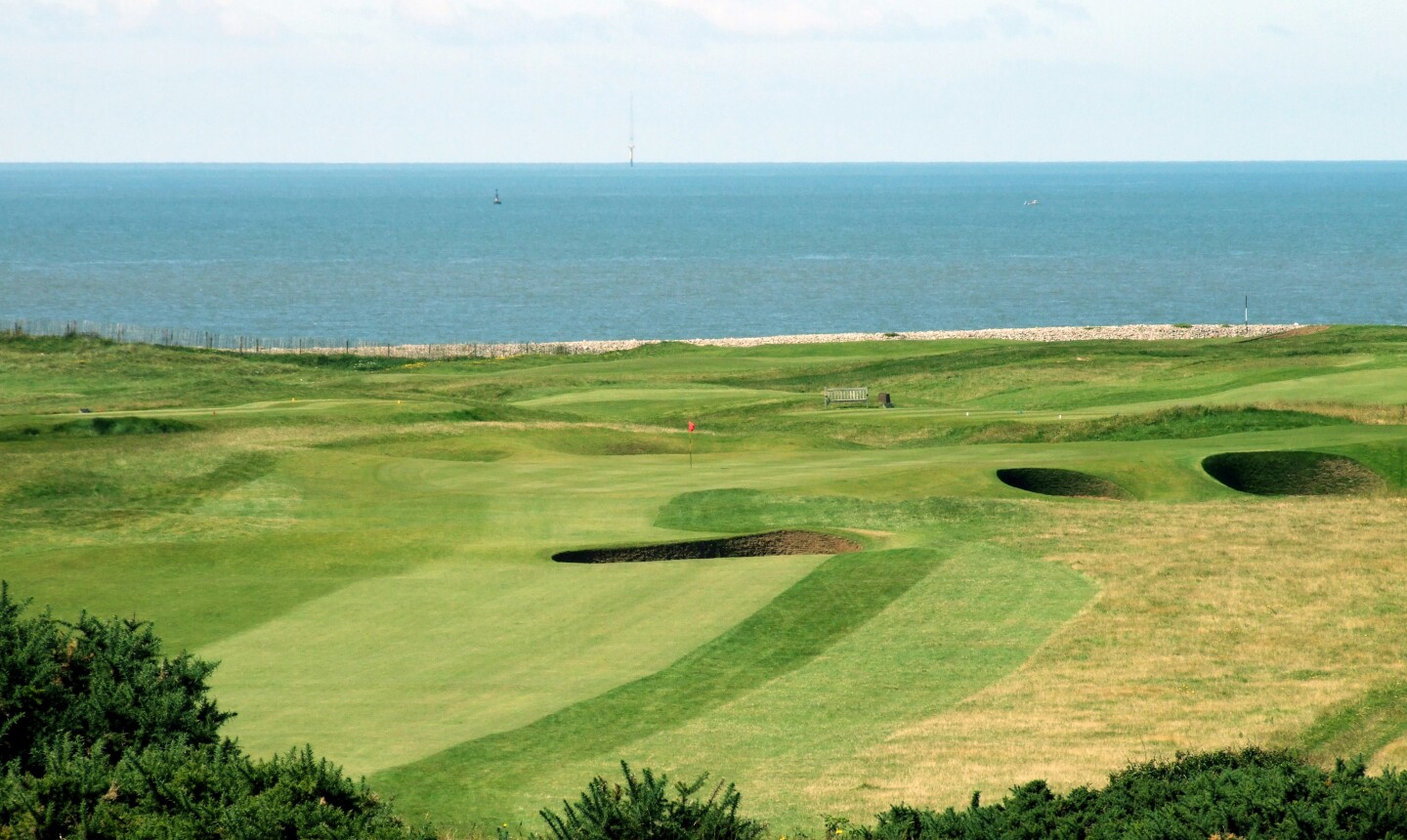 The sea is visible from every tee at Royal Porthcawl. Brandon Tucker/Golf Advisor

Royal Porthcawl in Wales sees just a fraction of the rounds of its more famous neighbors in England and Scotland. The result is a golf course just as good as most British Open venues, but one that gives golfers an isolated, tranquil round.

PORTHCAWL, Wales - If there is such thing as an "undiscovered" championship links golf course, one with Walker Cup pedigree and legends of bringingTiger Woods to his knees, it's Royal Porthcawl in Wales.

Most links enthusiasts in the British Isles are fully aware of Royal Porthcawl as one of the giants of links golf - a 19th century masterpiece with a tournament pedigree worthy of hosting the 1995 Walker Cup, where a young Tiger Woods and the American squad fell, among many other prestigious amateur events.

But what's shocking about Royal Porthcawl to the touring golfer who has experienced the British Open courses of Scotland and England, or the southwest Ireland medal courses, is you can show up on the sunniest day in the middle of the summer and likely have the course all to yourself.

This is no exclusive, members only club, either. It's an old-school, private club sure, but public play is allowed on most days. The secret just isn't out yet.

For links of this caliber, it's an unexpected and pleasant surprise - and symbolizes Wales' niche as a destination where the quality of courses supersede their international reputation. Royal Porthcawl isn't on all of the World Top 100 lists yet, but once worldwide press comes to nearby Celtic Manor for the 2010 Ryder Cup, it's safe to say its stock will skyrocket.

The history of Royal Porthcawl dates back to 1891, when a group of nearby Cardiff businessmen - all golfing enthusiasts - formed the club on Lock's Common. The club was moved to the present location in 1895 on the Manor of Sker. Three years later, the original nine holes were abandoned and 18 new holes were created, which is the present course to this day.

Today, the course has all the remnants of its 19th century tradition, from a timeless coastal links setting to a clubhouse that's littered with memorabilia and character, with little in the form of modernity, down to the old wooden benches and rusty lockers in the locker room.

The first three holes, all playing right along the beach, start the round off strong. No. 1's iconic four deep pot bunkers to the left of the elevated green forebode a round where you'll need to steer far clear of these menacing pots. This is the closest you'll come to the sea here until the 18th green, each tee box has a panoramic view of the sea and surrounding countryside.

Where the course really shows its teeth are its long, back-to-back par 4s on the 15th and 16th, which both feature elevated tees, played downhill and back up to elevated greens. Legend has is Tiger Woods was able to carry the two giant bunkers that split the fairway on the 16th during the Walker Cup, but few else.

The 18th hole plays downhill straight towards the sea - and the wind can cause havoc on your approach shot to a giant green that slopes front to back.

Porthcawl has the feel and the challenge of any British Open venue in the U.K., though it's never hosted one. The closest the club has come is the 1995 Walker Cup, when Tiger Woods suffered a singles match defeat and the Americans lost - an event that still gets plenty of lip service in local pubs to this day.

Porthcawl's only real shortcoming to the 21st century game is that its par 5s need to add significant length, something the club is currently working on. The par-5 11th hole is being extended 40 yards with a new green currently being built behind the present.

Perhaps the most unique aspect to Porthcawl is that it sees just a fraction of the rounds of its more famous neighbors in England and Scotland. The result is a course just as good as most British Open courses but gives golfers an isolated, tranquil round.

Look no further than the clubhouse, one of the most character-filled and history-laden you'll find anywhere. Memorabilia graces every inch of the walls (be sure to find someone to at least point out a few notable faces). Aside from a full lunch menu, be sure to grab a pint of Pimms, a sweet mixed drink that hits the spot after a sunny day on these stern links.

Career amateur Gary Wolstenholme from England is the man who beat Tiger Woods in pouring rain during singles matches at the 1995 Walker Cup. Great Britain & Ireland won the event 14 & 10. 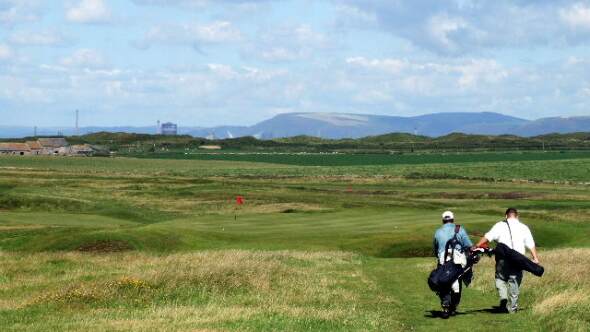 Articles
Charming Wales still discovering its niche as a golf destination
Whereas golf in Ireland and Scotland is renowned, Wales is very much a golf destination still realizing its potential. But, man, what potential: Golf courses like Royal Porthcawl can match anything in Ireland and Scotland. Plus, you can have them all to yourself, Brandon Tucker writes.
3 Min Read