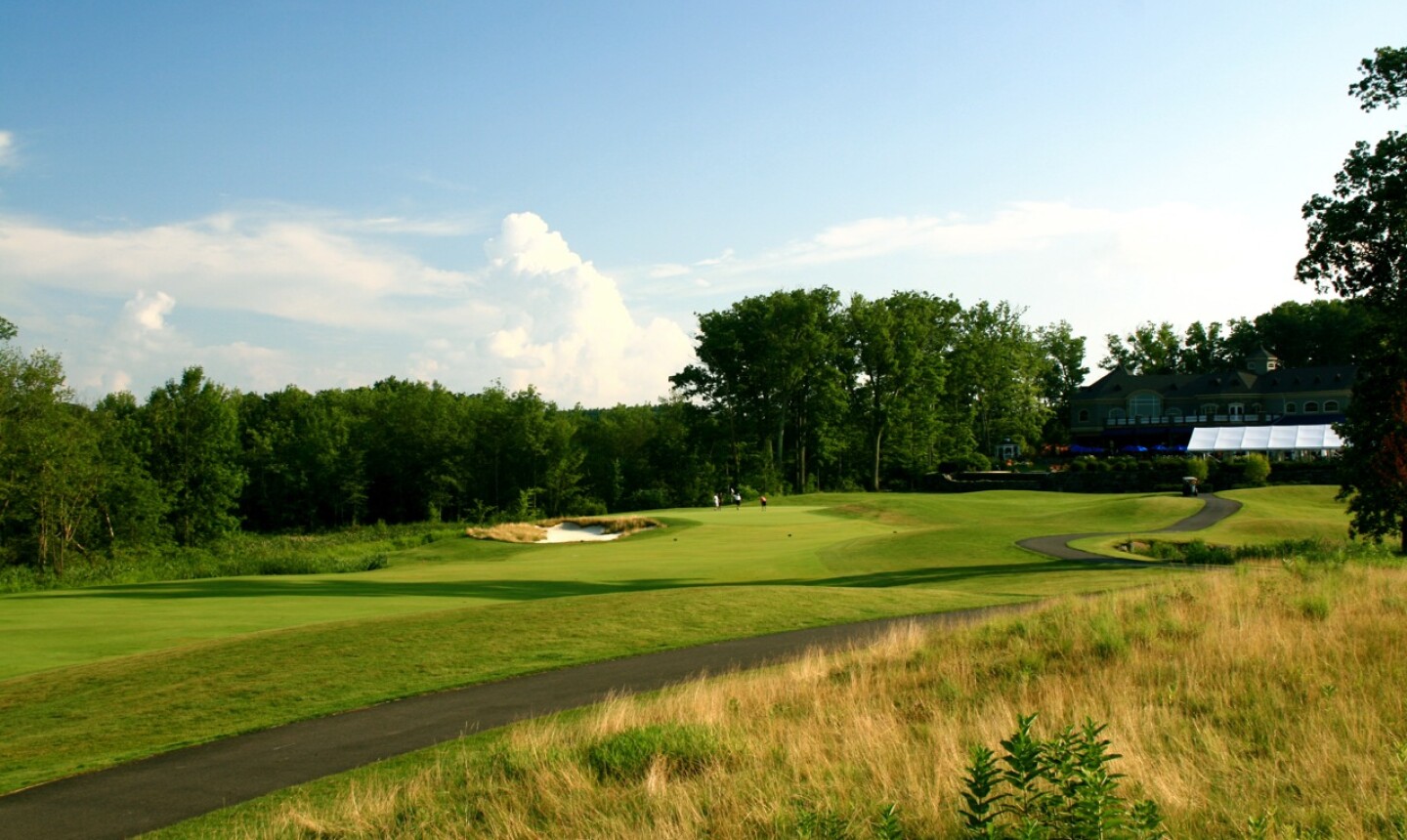 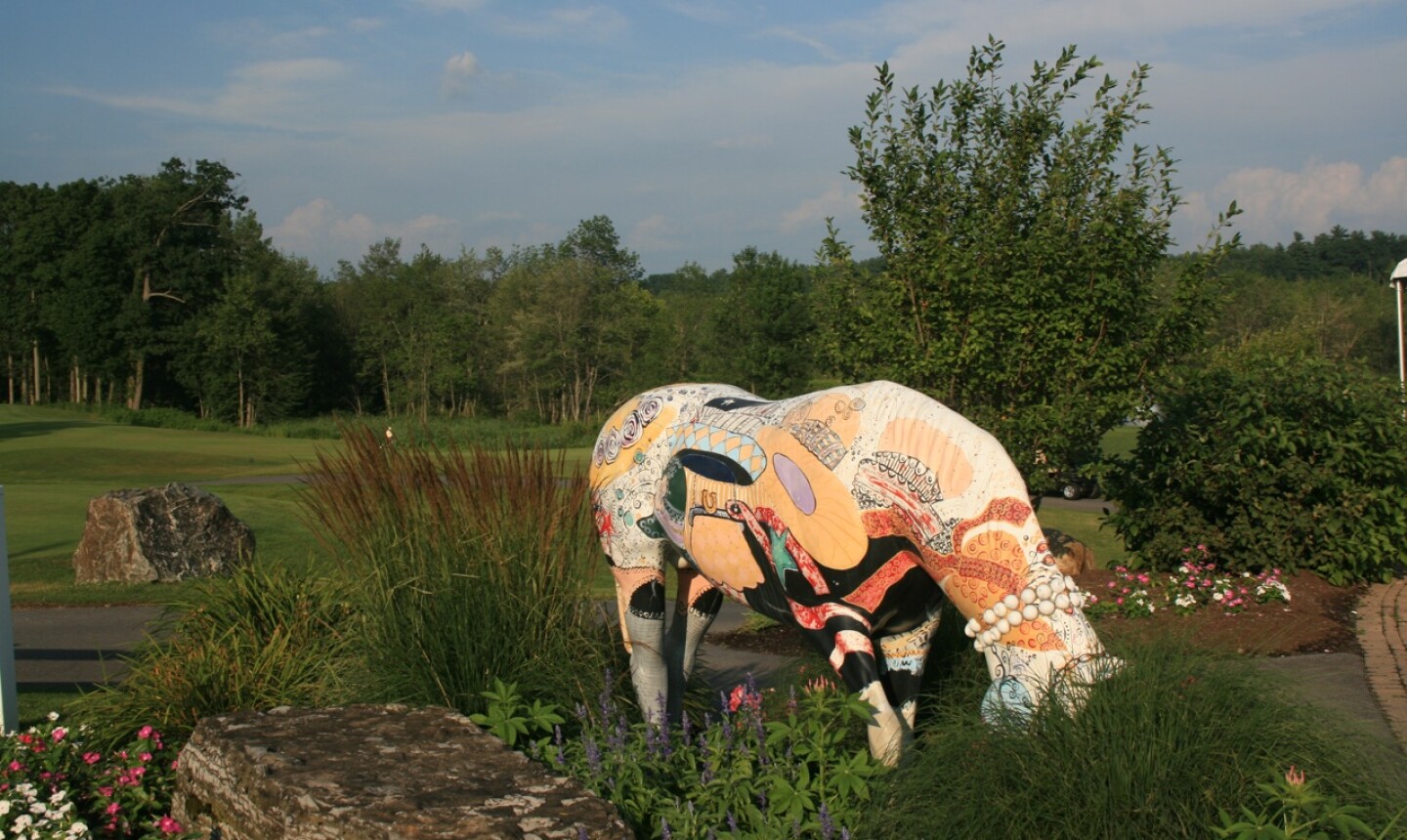 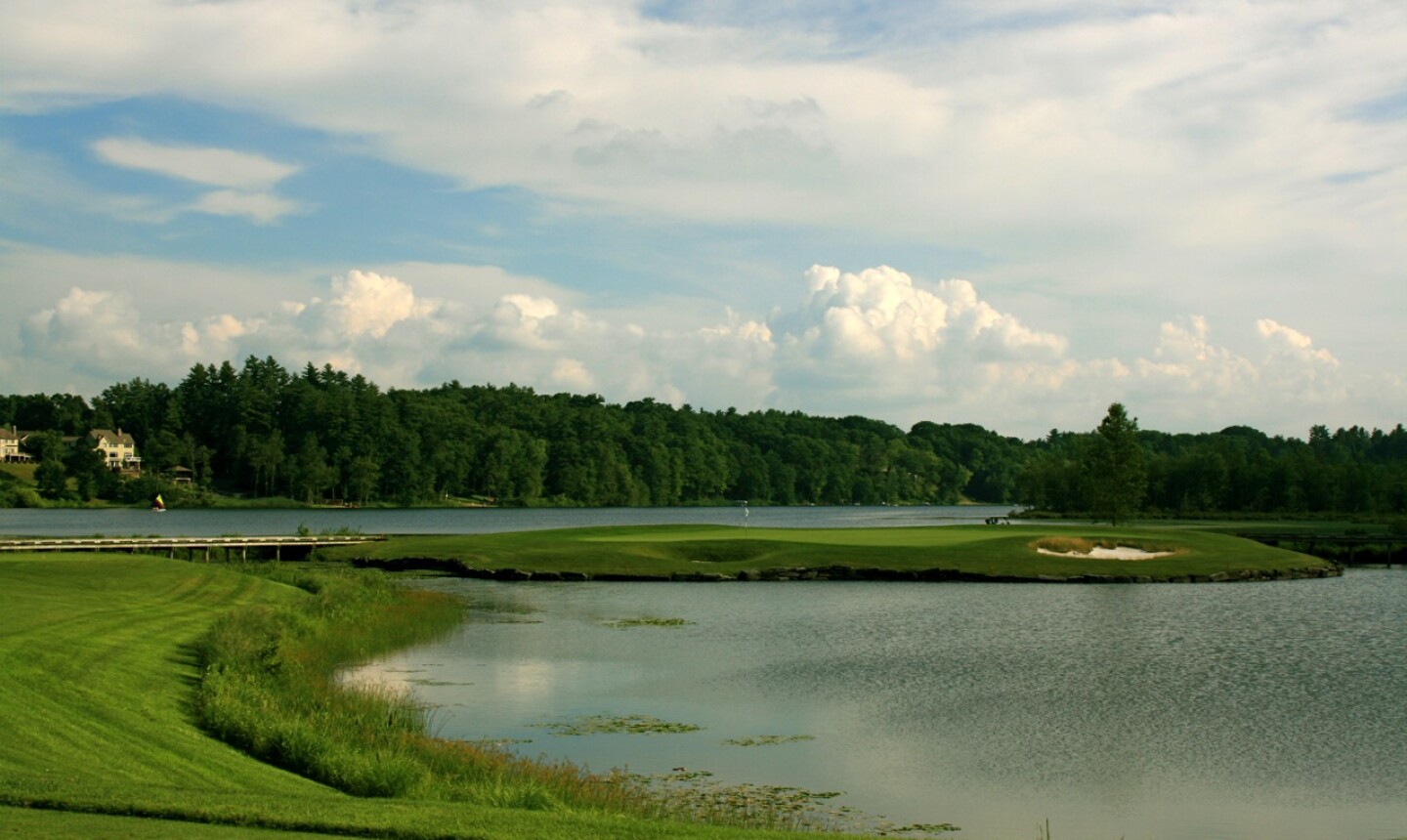 The par-3 15th, with a lake backdrop, is the most photogenic of the 18 holes at Saratoga National Golf Club. Brandon Tucker/Golf Advisor

So consider a round of golf for the royal treatment after you win a little cash on the ponies.

The 40-day horse racing series in late summer until Labor Day attracts fans from all over the region. The track ranks as New York's oldest, dating to 1864. Races usually take place in the afternoon, making mornings ripe for 18 holes of nearby golf -- and the most upscale public option is Saratoga National.

Opened in 2001, the Roger Rulewich design is a modern play in an area more known for its older-generation courses. The golf course, undeniably the Saratoga area's most challenging examination, plays 7,265 yards from the championship tees. Golfweek rates Saratoga National as the second best public layout in New York, behind U.S. Open venue Bethpage Black.

Rulewich worked under Robert Trent Jones Sr. for many years, and his design style emulates his old boss. Loads of forced carries, perpendicular hazards, raised greens and large bunkers define the golf course. If that wasn't enough, the club's pin-setter didn't offer my group any favors for a Wednesday afternoon round, planting one sucker-pin after the next.

Compared to the front side, the golf course's back nine gets a little more secluded -- and wet -- in some spots, none more than the par-5 13th hole, which features water down the left side. The entrance road, out of bounds, sits to the right.

Saratoga National Golf Club's signature hole, also on the back side and water heavy, contrasts the forest of the front nine with a long lake and passing boats as a backdrop. This par-3, the 15th, also includes an island green.

If a birdie hole exists at Saratoga National, it's the ensuing 16th -- a short, drivable, par-4 dogleg right that, naturally, features water around the green and fairway.

Saratoga National Golf Club is known for its private-club-worthy clubhouse, practice facilities, service and conditioning, and green fees include use of the driving range. Upon arrival, bag boys ask to replace your golf spikes and when you head into the clubhouse, an attendant is on staff in the full locker room. After golf, you can dine in the steakhouse, Prime, overlooking the 18th hole, and the club caters to many private and large functions, and it as setting up a wedding on the day I played.

This is where you come to feel like a high roller for the afternoon. In fact, all the niceties probably outshine the golf course. Two-time Super Bowl-winning football coach Bill Parcells played in a group a few holes behind mine, making Saratoga National officially "tuna worthy."

The layout sits on scenic but comparatively flat wetlands and forest, which is pretty and quiet but not as dramatic as The Sagamore Golf Course, a classic Donald Ross design in the foothills of the Adirondack Mountains to the north.

If you're not up for Saratoga National's upscale price tag, New York Golf Trail recommends the more understated Saratoga Lake Golf Club, a walker-friendly golf course that can be played for as little as $26.

Downtown Saratoga Springs is small, pretty and loaded with bars, especially on Caroline Street off of the main drag, Broadway Ave. Check out the Tin and Lint, a small basement pub with HD Golden Tee, virtual shuffleboard, darts and a pool table. For a larger option, head to the Saratoga City Tavern, with four levels and a rooftop deck.

Stay and Play in Saratoga Springs

A new option just minutes from downtown Saratoga Springs and Saratoga National is the Residence Inn. Each suite, spacious with modern amenities, including free WiFi, can easily cater to a golfing foursome. Also included in your room charge is a hot breakfast buffet, and on most nights you can enjoy a free happy hour with wine and beer.