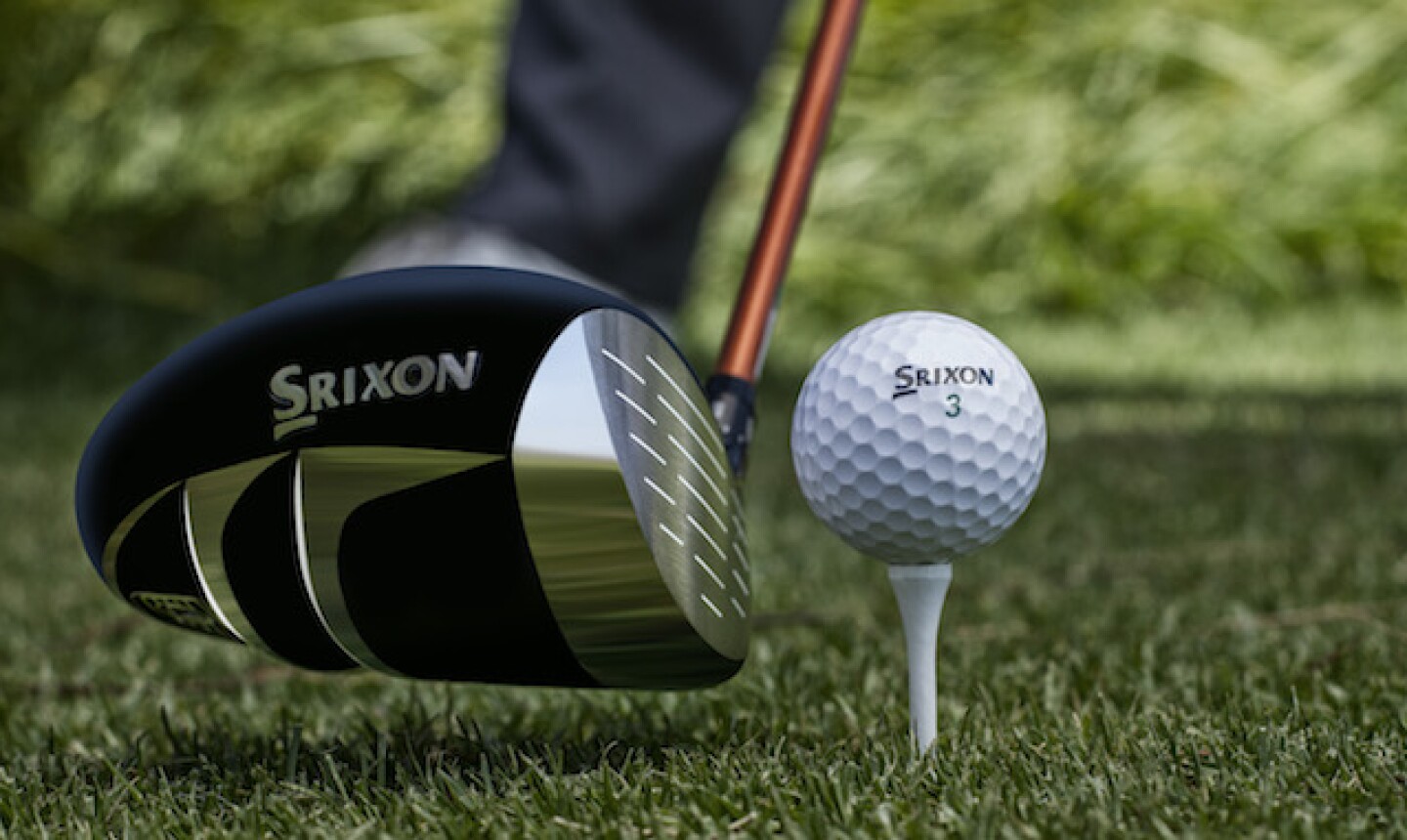 As long as golf exists, golfers will want one thing out of their drivers above all else:

Everyone wants to hit it farther. Even five or ten new-found yards can make a palpable difference in a golfer's enjoyment of a round.

But despite all the marketing hype that still flies around, it's important to be clear: it's getting more and more difficult for clubs to deliver more and more distance, due to the regulations on head size (no larger than 460 cc) and spring action (C.O.R. rating of no more than .830) placed on equipment manufacturers by the U.S.G.A.

You may have noticed that many companies' drivers have started looking a bit busier lately: more colors, ridges on the crowns, etc. That classic, plain look seems to be falling by the wayside in favor of more "obvious" manifestations of new club technology.

Srixon Golf has taken the other approach. As other companies have begun or jumped headlong into new trends, Srixon has stayed the course, producing beautiful looking and beautifully performing clubs. This is the case with their Z Series irons, which we tested recently, and it's especially true of their new Z565 and Z765 drivers.

Here's what you need to know about these beauties:

More Than Just A Pretty Face (And Crown)

I don't know about you, but I have always felt most confident in clubs that are easy on the eyes. And to me, simple is best. Srixon's new drivers are both incredibly simple and pretty-looking at address, a smooth, deep black crown. That's it. No other color lines, no ridges, just a tranquil crescent that frames a golf ball beautifully.

Here is where Srixon's designers start to seem more like magicians. That crown may look the same as those of drivers you've hit over the past decade, but it's lighter. Four grams may not sound like a huge weight savings, but in the relatively light head of a driver, it makes a difference. Saving four grams from the crown means four more grams for the rest of the clubhead, and Srixon used that extra mass to further stabilize and optimize the trajectory of the ball.

The shots I've hit with this driver bear that out: in addition to being a little longer than my previous "gamer," they're a good bit straighter.

Another noteworthy new feature: a "Power Wave Sole," which beefs up the lower reaches of the clubface. As someone whose misses tend to be a little thin, I can tell that imperfect strikes feel a little better, and lose a little less distance. And since golf is a game of misses, I consider this a pretty consequential improvement.

No Shortage Of Modern Possibilities

Yes, Srixon's new Z565 and Z765 drivers look traditional, but they also have one critical modern element: adjustability. You can adjust the hosel into a dozen different configurations, which can change the loft up or down as much as a degree, and can change the lie angle up or down  as much as two degrees.

There is also a nine-gram weight in the back part of the sole of the driver, which can be replaced by others ranging from three up to 15 grams. This will affect the swing weight of the driver to suit your preferences and swing profile.

Bottom line: if you're of the opinion that the best product design doesn't wear its technology on its sleeve, and that elegance and simplicity are overlooked in our tech-obsessed world, you are likely to fall in love with Srixon's new Z Series drivers.

And for more of our coverage of the latest offerings from Cleveland and Srixon, see below:

Articles
8 Min Read
Beginner tips: How to meet golf buddies
It doesn't matter if you've been playing for a lifetime or you're brand new: every golfer needs more golf buddies.
By Brandon Tucker

By Jason Scott Deegan
Read More
Load More
Popular
GolfPad TAGS: A $99 option for club-tracking and advanced statistics
Ask GolfPass: Where to play near Williamsburg, Virginia
The world's 20 best golf destinations that beat the heat
A soft spot for golf in the heartland
Editorial Staff

Kira K. Dixon
Lifestyle Correspondent
Now Reading
Srixon Golf Z Series Drivers - An Elegant Take On Distance And Accuracy
New Cookie Policy
WE AND OUR PARTNERS USE COOKIES ON THIS SITE TO IMPROVE OUR SERVICE, PERFORM ANALYTICS, PERSONALIZE ADVERTISING, MEASURE ADVERTISING PERFORMANCE, AND REMEMBER WEBSITE PREFERENCES. BY USING THE SITE, YOU CONSENT TO THESE COOKIES. FOR MORE INFORMATION ON COOKIES INCLUDING HOW TO MANAGE YOUR CONSENT VISIT OUR COOKIE POLICY.
CONTINUE
Search Near Me