Surrey a hotbed of golf courses in the shadow of Vancouver, B.C. 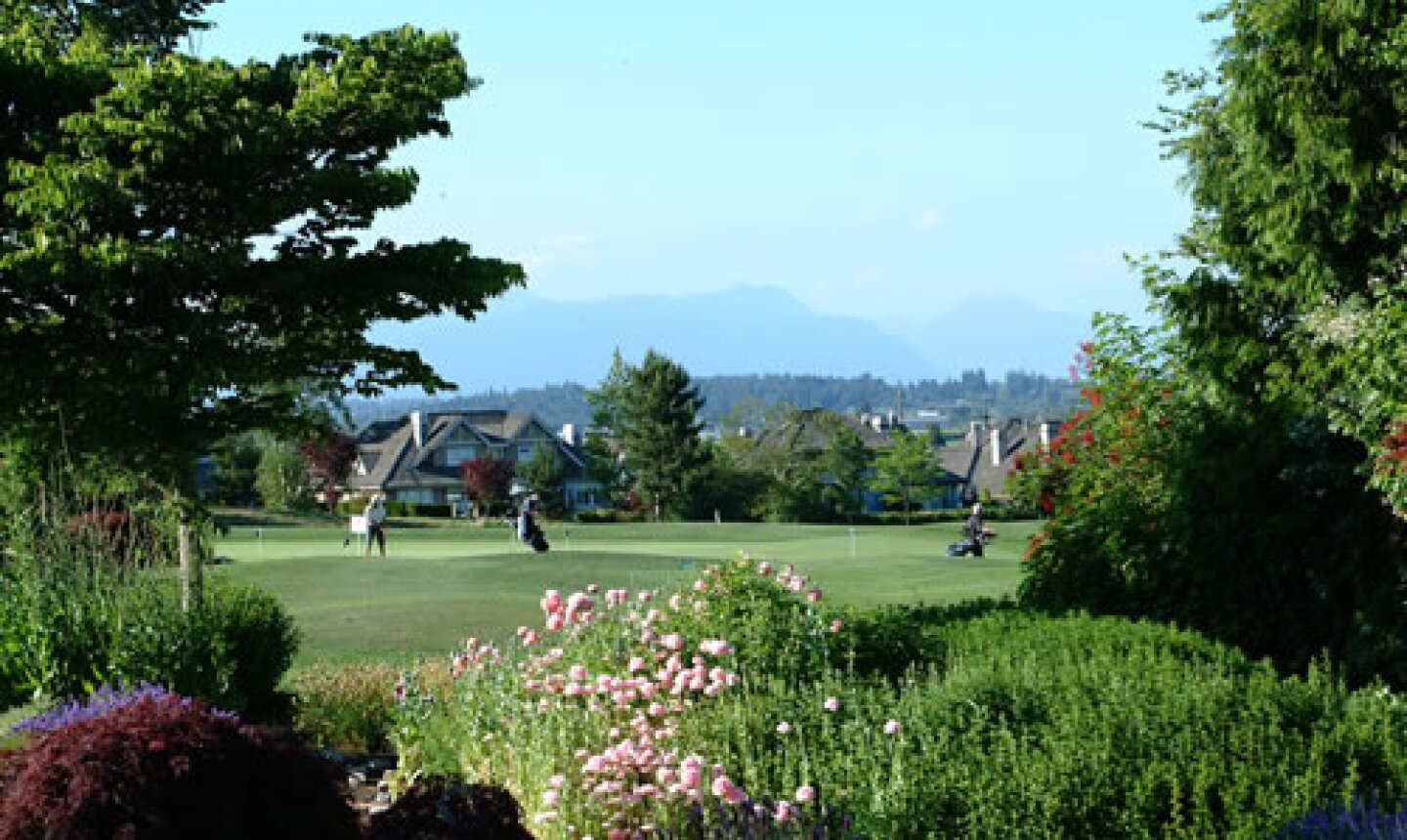 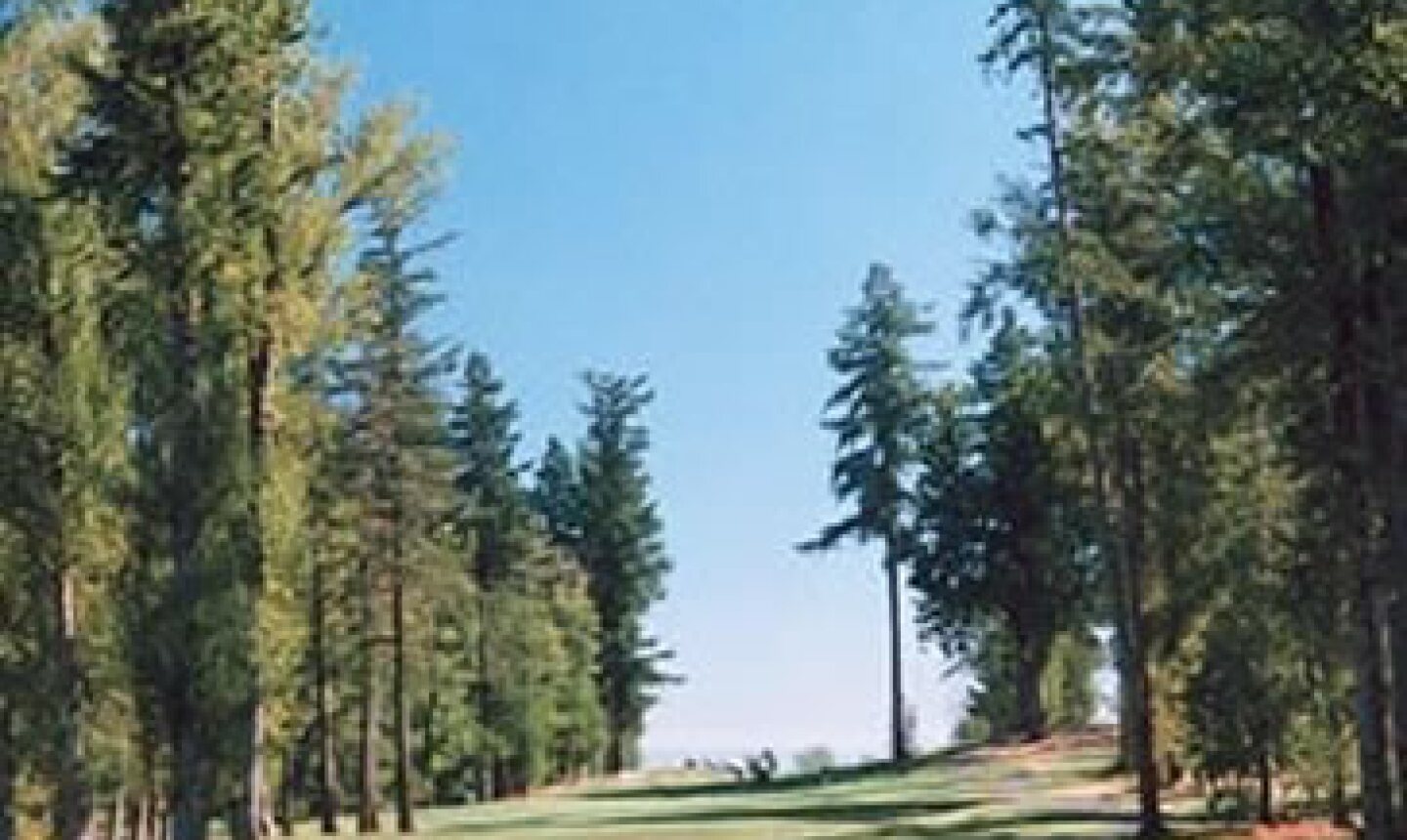 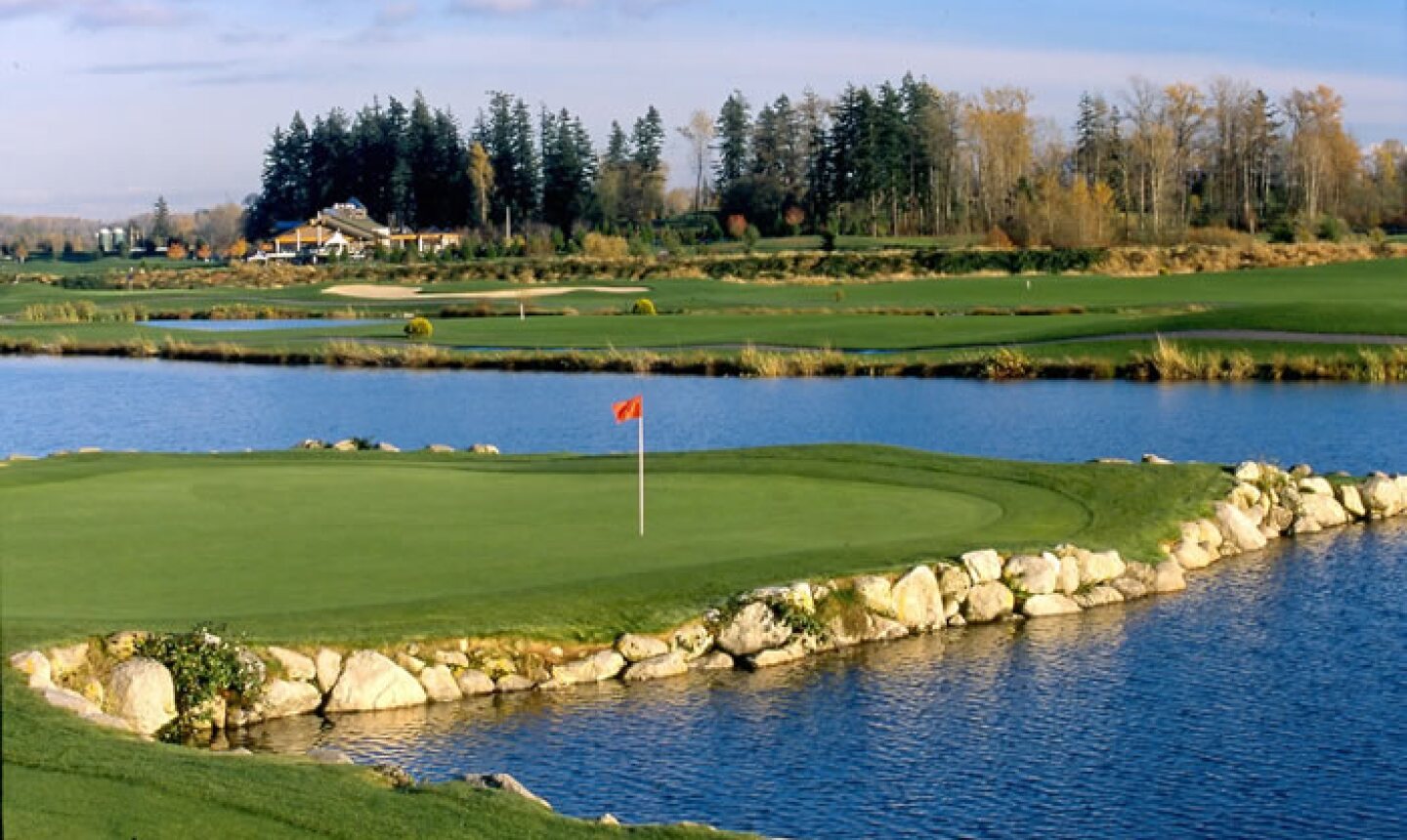 Surrey is home to some of the best public golf courses in Canada, including Morgan Creek Golf Course and the 36-hole Northview Golf & Country Club, a former PGA Tour stop.

SOUTH SURREY, B.C. (March 23, 2007) - Once you've been out to Whistler, the stunning mountain destination that borders on golf heaven and will host to the 2010 Winter Olympic Games, the drive to Surrey seems downright sleepy.

Heading southeast out of Vancouver, there are no hairpin turns, no exhilarating mountain passes or coastline vistas like those along the "Sea to Sky" highway to Whistler. Only flat, flowing signs of suburbia.

New subdivisions line up like ducklings, interspersed with the farmland that dominated this landscape before it started booming as an alternative to the big city. Surrey is now home to 400,000 people and still growing (its population is expected to overtake Vancouver's within 10 years).

It's also home to some of the best public golf courses in Canada. Hidden among the homes and farms are two golf playgrounds, the 36-hole Northview Golf & Country Club and Morgan Creek Golf Course.

Both have been ranked among the top 100 public courses in Canada by Score Golf, the nation's premier golf publication. Northview's Ridge course is a former PGA Tour stop, having hosted the Air Canada Championship. And the drives at these 54 holes are considerably more interesting than the one to get here.

Actually located in South Surrey, 6,968-yard Morgan Creek might be the crowning achievement of Canadian architect Thomas McBroom. Although the pricey houses and town homes now lining the fairways have lessened it's appeal for some golfers, the course is still a strategic thriller, ranked No. 35 among the country's public courses by the Toronto Globe and Mail.

McBroom did commit one design no-no: The hardest hole on the course is the first. But that's OK; the 426-yard dogleg right kick-starts what is sure to be a fun round. Players must hit a heroic approach over the first of the many wetland hazards they'll see - six of the first nine holes are guarded by water.

Similarly, the back nine begins with its hardest hole, a long, a sweeping dogleg right of 470 yards. The final two par 5s invite players to bomb it off the tee onto the fairways; the decisions get tougher on the second shot as each green is hidden behind a hazard.

Although it last hosted the PGA Tour in 2002, the Ridge course retains its reputation of catering to the best golfers in the world.

Much more flamboyant than its sister Canal course, the Ridge is a minefield of bunker complexes and diabolical water hazards. Players must switch gears from the bombers' paradise at the 534-yard seventh hole to the delicate 350-yard eighth, where placement is critical.

The back nine steps it up with some serious target golf on approach shots. Five swings of your irons - at No. 10, 11 14, 17 and 18 - could be the difference between hard-fought pars and potential double bogeys, or worse.

While this 7,101-yard course doesn't have the prom-queen looks of either its sibling Ridge or Morgan Creek, it's a solid track, distinctive with massive, treeless fairways and tricky greens. Seventy-three bunkers define the open terrain.

Two holes stand out. The 580-yard par-5 eighth is actually reachable, if you're playing the right tees and have the right nerve: The green bends like a fishhook into the water that lines the entire left side, creating a scary second (or third) shot to a thin peninsula.

The 180-yard par-3 17th is all carry over water and the first of two dangerous tee shots to finish the round.

Surrey doesn't boast the best golf course in greater Vancouver - that's Westwood Plateau Golf & Country Club in Coquitlam. Still, it does provide the best golf "weekend" in the area. Play 18 holes at Northview's Canal course for a warm-up. Tackle the Ridge course on Saturday and do lunch the spectacular clubhouse. Cap the weekend with the gem, Morgan Creek.

Named by Englishman H.J. Brewer for his native county and incorporated in 1879, Surrey is the second-largest city in British Columbia. There are plenty of hotels and motels in town, but don't stay here - all the action is in downtown Vancouver.

The Fairmont-Waterfront has it all: great views of the waterfront, good service, luxury rooms. Most important, all of the major downtown restaurants and attractions within walking distance.

You could spend an entire weekend in Vancouver's Stanley Park, one of the largest urban parks in North America. Walkers and in-line skaters flock to its landmark totem poles, the Prospect Point Lighthouse and Third Beach. Granville Island is a popular weekend getaway for locals, with its restaurants, shops, galleries and public market.

The old warehouse district of Yaletown is lined with galleries and specialty stores like foodie oasis Urban Fare, which imports bread from France and sells square watermelons ergonomically designed for your fridge. The neighborhood hums with life at night.

The Elixir Restaurant in Yaletown's Opus Hotel isn't just a place to eat; it's a place to be seen. The beautiful people all seem to congregate here, dressed their best to roll up by limo, stroll down the avenue or dance at the adjacent Opus Bar. The food is good, but it's the atmosphere that really makes an impression.

jason, you may not have done full research in south surrey re golf.if you did, how could you ignore the storied 90 year old PEACE PORTAL golf club. built by man an horse it may lack the glitz and glam of the others by Palmer and McBroom, but Frances James was acknowledged as western representative of the well known William H Tucker & Sons of the 1910s and 1920s.

Tim Gavrich
Senior Writer
Now Reading
Surrey a hotbed of golf courses in the shadow of Vancouver, B.C.
Search Near Me