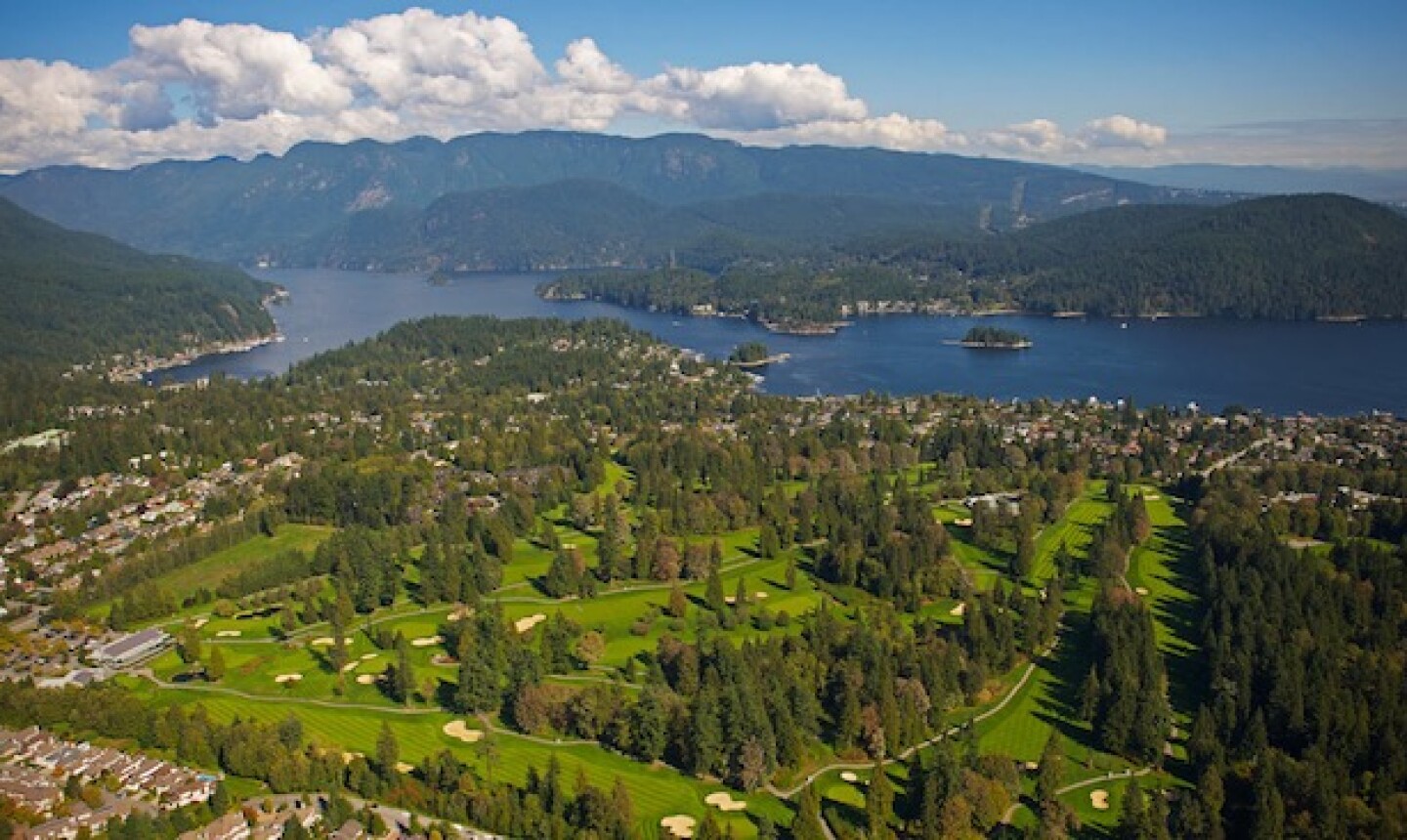 If you've played golf in both the United States/Canada and the United Kingdom or Australia, you've probably noticed something odd:

The notion of a "private golf club" has very different meanings in different places.

In the UK and Australia, the vast majority of the time, nominally "private" golf clubs - even the incredible ones like Sunningdale in England and Royal Melbourne Down Under - are not solely the domain of members and invited guests. On certain days of the week and/or at certain times of the day, visitors are not just permitted but are welcome, as a way of bolstering club revenue.

This is one of the reasons why the cost of membership at some of the best courses in England, Scotland and Australia is a fraction of what it is at many inferior clubs Stateside.

But believe it or not, there are a handful of American and Canadian clubs that are more like Muirfield than Merion. And their courses are all well worth playing. (For the record, and as we've documented in the past, there are a number of ways to access private clubs in the U.S.: through charity outings, by staying at the right hotel, or a good old-fashioned polite and honest handwritten note. But access to these clubs, while still "private," is a bit simpler.)

Now, you may find yourself saying, "But doesn't this make these courses 'semi-private'?" In the case of the following courses, our answer would be no, because the following clubs only offer a handful of tee times to non-members on certain days of the week:

The private Gallery Golf Club is home to two John Fought-designed courses, North and South, the latter of which hosted the WGC-Accenture Match Play in 2007 and 2008 before the tournament moved to the nearby Golf Club at Dove Mountain for a few more years. The North Course is notable in its own right, as the home to one of the longest holes in Arizona, the 725-yard par-5 ninth, which plunges spectacularly downhill toward the clubhouse. Visitor tee times are limited, and only ever available after 10 am.

The Kennebunkport area, long a vacation spot for First Families, is normally associated for golfers not with Webhannet, but with Cape Arundel, another area course more than a century old. But Webhannet is not to be overlooked, especially given its visitor policy of setting aside one tee time per hour for non-members. At only 6,100 yards from the tips, it may seem like a pushover, but its par threes may convince you otherwise.

This modest, tree-lined course between Lakeland and Gainesville is not going to win any major awards, but it does boast a committed local membership who enjoy not having to make tee times when they want to play. The only players who do need to make reservations in advance, are non-members, on a space-available basis. Of all the private clubs with visitor tee times, this is the most affordable we found.

Promontory is a stunning private club and community with two courses, by Jack Nicklaus and Pete Dye, respectively. The Nicklaus-designed Painted Valley Course is reserved for members and invited guests only, but the Dye Canyon course holds aside eight tee times per day after 11 am for interested non-members. There are some stunning holes at Dye Canyon - a 720-yard par five and a 299-yard par three, if you dare to play from the tips. Don't worry, though - the course is about 7,000 feet above sea level, so it plays a little shorter...

Dating back to 1878, Rockaway Hunting Club bills itself as the oldest country club in the United States. The course is not quite that old, but it is old - a half-Tillinghast, half-Emmet gem that was recently renovated by Gil Hanse. The club is as much a throwback as the course - men are required to wear a coat and tie at dinnertime on Wednesdays, Thursdays and Fridays. Visitors from certain other clubs ("a select group of clubs whose members we wish to encourage to visit the Club," per Rockaway Hunting Club's website) have access to five tee times per day, Tuesdays through Fridays in peak season, from 9:30 t0 10:30 am. Accommodations in the clubhouse are also available for $180 per night.

Just 15 minutes from the vibrant and diverse city of Vancouver, Seymour Golf & Country Club is a quiet oasis for its members. But it's not just dues-payers who get to enjoy it - the course is open to the public on Mondays. If you're planning to visit soon, though, be aware that the back nine is currently closed for a complete renovation, but the project will be finished by the time the 2017 golf season rolls around.

Have you played any of these private clubs as a "visitor?" Any other clubs like this we overlooked? Be sure to let us know in the comments!

Yes, I played The Gallery not long after it opened. You are correct, the 9th is quite the brute(for the record, believe we played it from the next tees in at only 690yds). My enduring memory was pulling about 50 barbs out of my leg from a 'jumping cholla' cactus searching for a long tee shot on a par-3