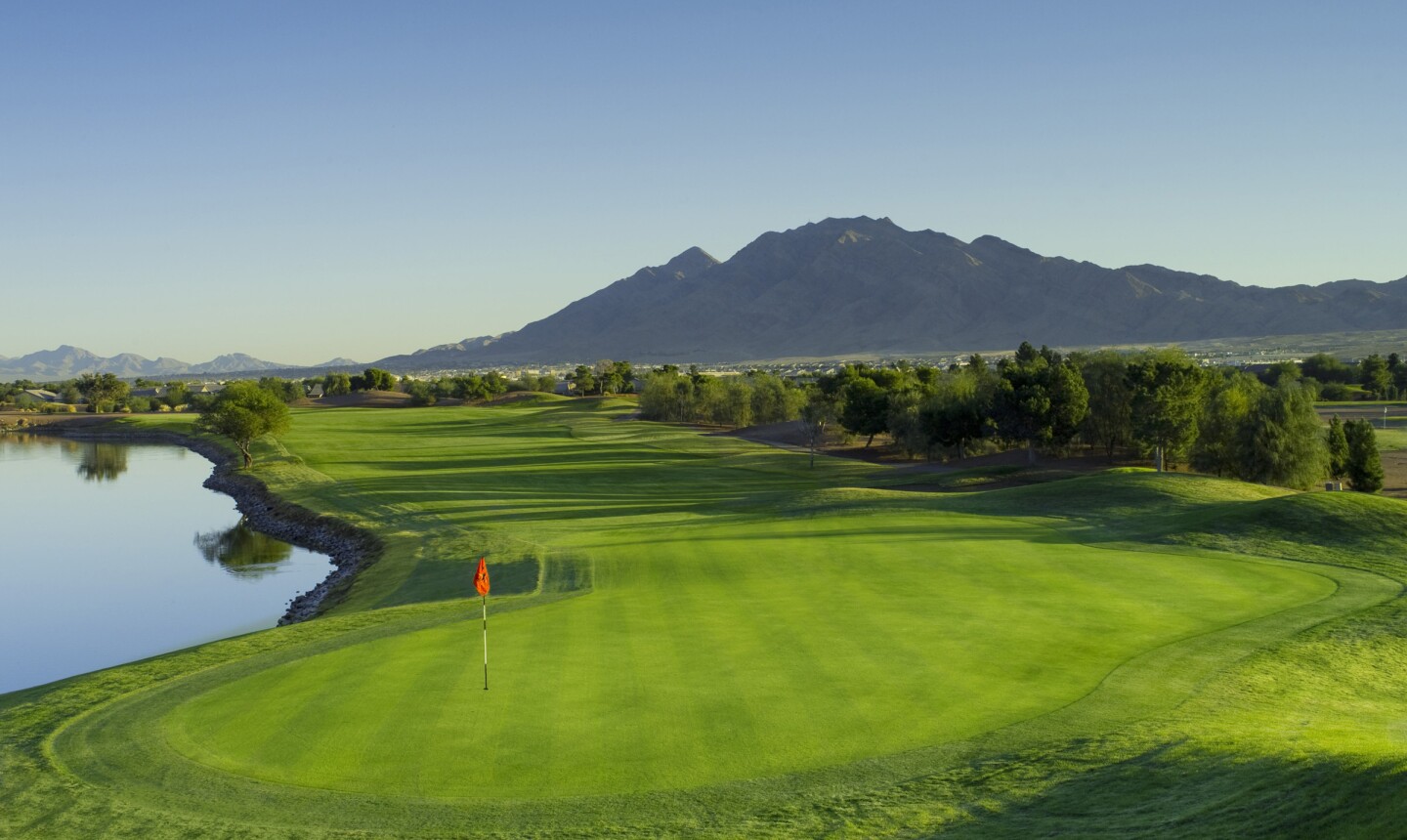 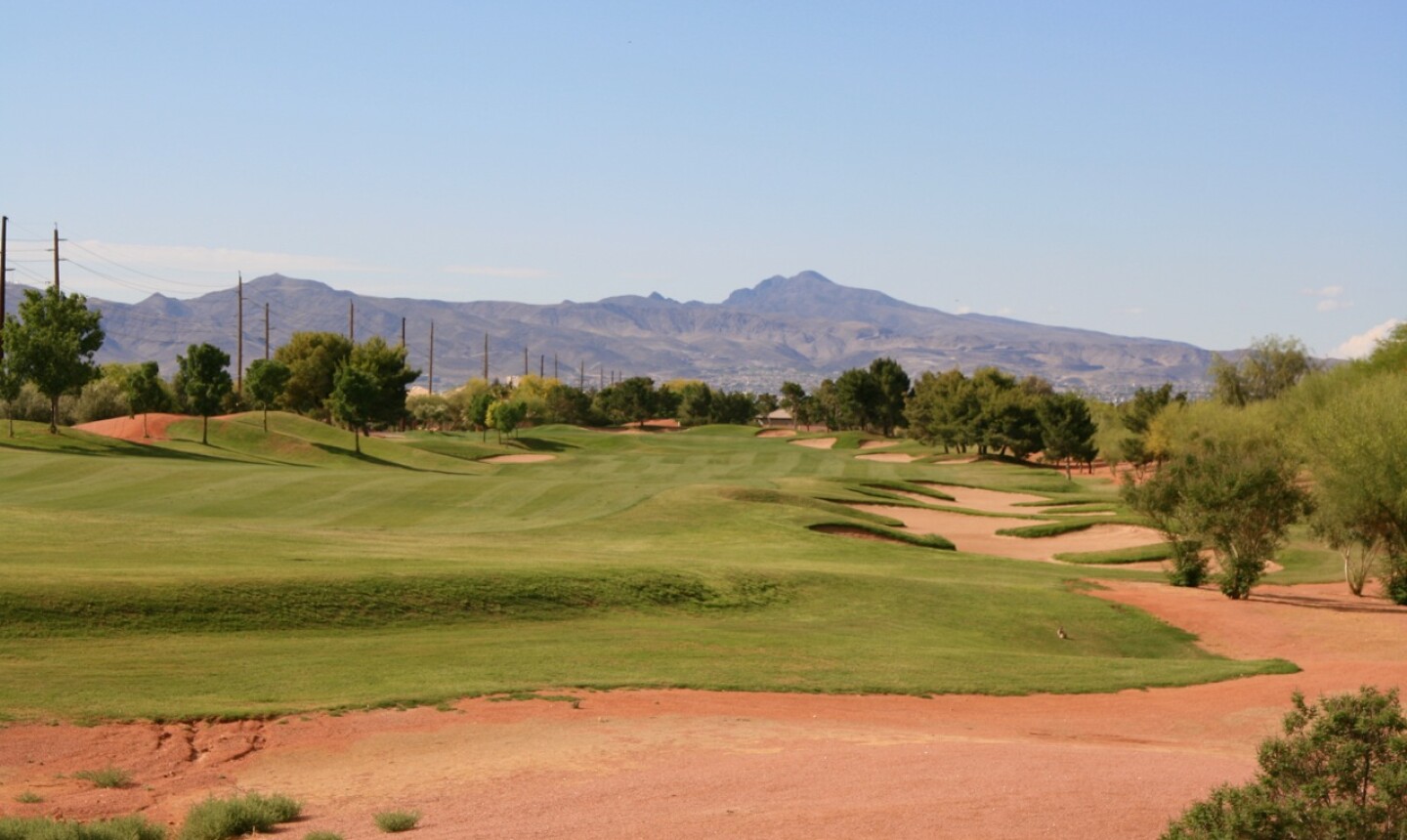 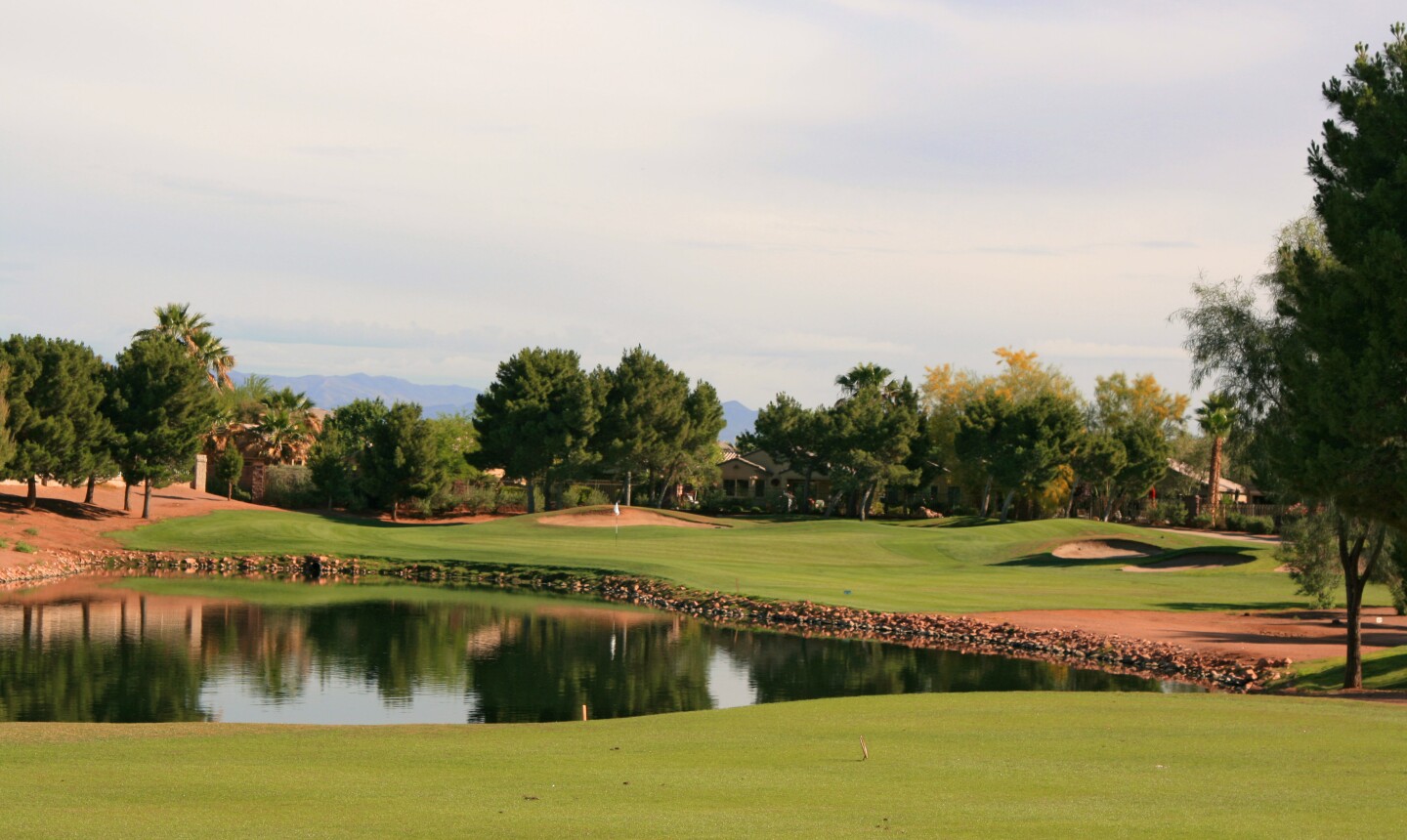 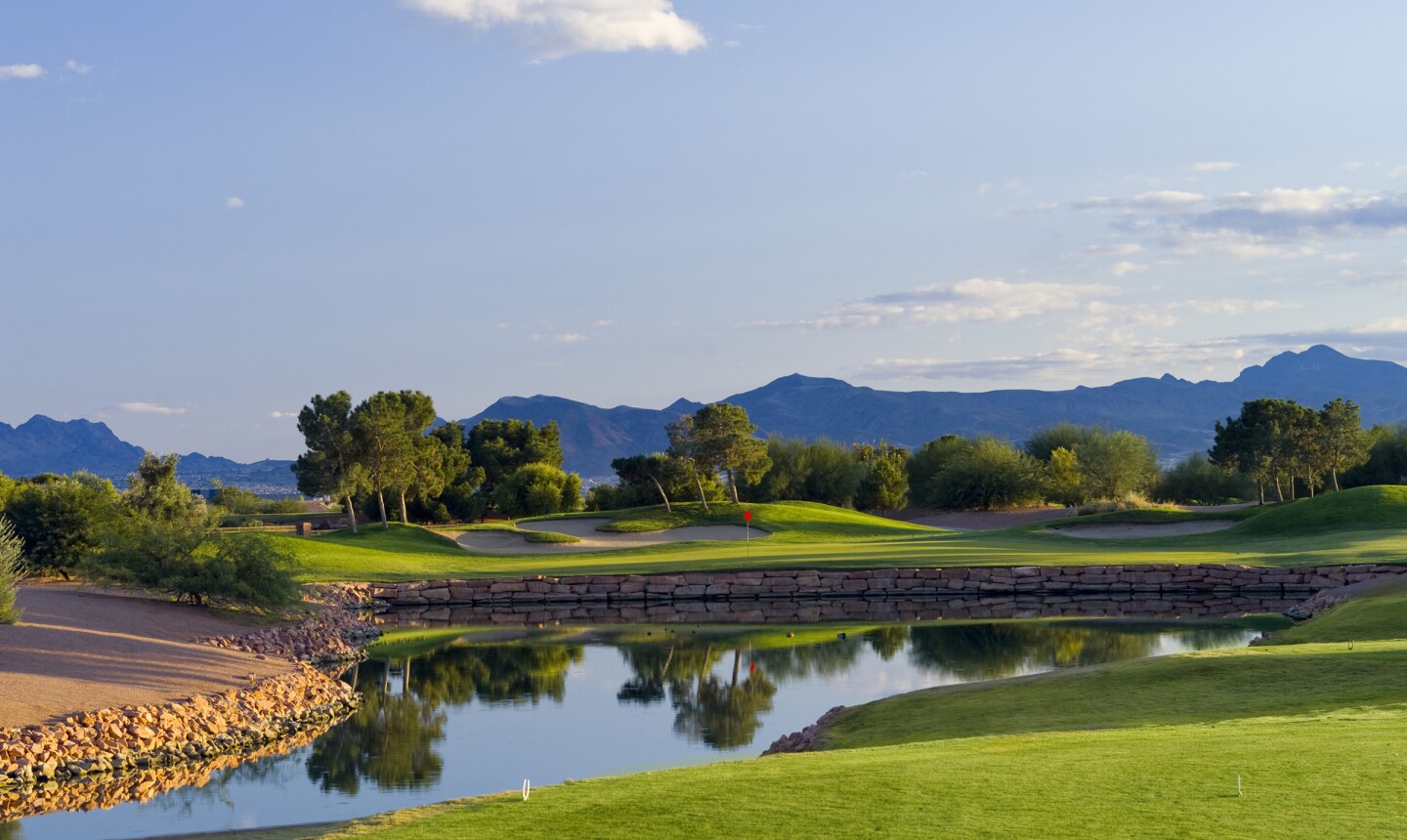 The club was originally a 54-hole facility named Sunrise Golf Club when it opened in 1992. Several years later, owners plowed over 36 holes to make way for the great housing boom of the early 2000s.

Then, of course, the financial meltdown of 2008 came and the last of Stallion Mountain's 18 holes couldn't hang on and the club closed all together. As Vegas slowly bounced back, the property was picked up for just $3.8 million in the summer of 2011 (clubhouse and all) and the resuscitation began.

Now under new ownership, plus a new management company, O.B. Sports, Stallion Mountain is bucking again. It's always been one of Vegas' top layouts for low-handicappers and local professionals, with a layout stretching as deep as 7,351 yards. The Jim Colbert and Jeff Brauer design has hosted the PGA Tour's Las Vegas Invitational, as well as Golf Channel's Big Break II in 1997.

Less than two years out of the weeds, staff members at Stallion Mountain will tell you the course isn't quite where they want it to be yet. But in its current form, it's still one of the better courses in Las Vegas' upper-middle class golf scene, thanks to a great design that is far less target-style than some of the other courses in the area.

The layout has a lot less desert influence than your average Las Vegas-area golf course. Playing corridors are green and wide, with gently rippling fairways framed by a smattering of pine trees. There are a lot of wetlands and ponds out here (at least for Southwestern desert standards), and the finishing stretch could yield a particularly wet close to your round. The par-3 17th hole is all carry over water to a shallow green, playing as long as 218 yards from the tips. Both par 5s on the back nine straddle a long, narrow pond that protects the right side of each hole.

Stallion Mountain's current rating of 4.1/5.0 on GolfNow.com continues to improve as management elevates course conditions and operations. Comments since this spring have virtually all been positive:

"We decided to get a tee time for my bachelor party, and despite our group's ineptitude as golfers, the experience was wonderful," wrote GolfNow user Azizfan of his round in April 2013. "The course was beautiful, the staff was very friendly and welcoming, and we couldn't have asked for a better day. It was a great value for the price."

The facility has always been known as one of Vegas' best that allow public access, and it's all back in action. The clubhouse, all 38,000 square feet, has a pro shop, bar, restaurant and lots of group space. There is a double-sided range and multiple short-game areas. The facility is staffed at resort-type levels with plenty of beverage cart girls, bag boys and more. 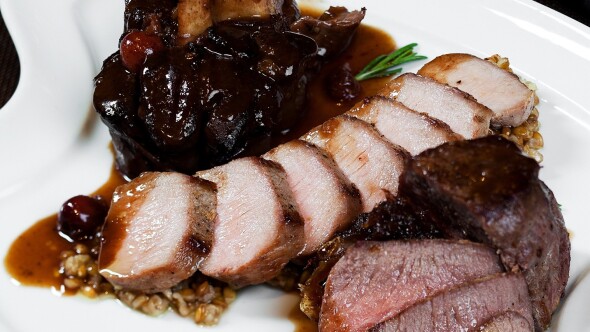 Articles
4 Min Read
Attention, golfers: Las Vegas provides plenty of food for thought at its fine restaurants
Even the best food critic in the world will have his or her hands -- and mouth -- full trying to keep up with the dining scene in Las Vegas. There are new dishes and new restaurants to sample all the time. It's foodie heaven. There are menus for all tastes and budgets. Here are my favorite dining haunts discovered within the past year during two separate golf trips.

Kira K. Dixon
Lifestyle Correspondent
Now Reading
The comeback continues at revived Stallion Mountain Golf Club in Las Vegas
New Cookie Policy
WE AND OUR PARTNERS USE COOKIES ON THIS SITE TO IMPROVE OUR SERVICE, PERFORM ANALYTICS, PERSONALIZE ADVERTISING, MEASURE ADVERTISING PERFORMANCE, AND REMEMBER WEBSITE PREFERENCES. BY USING THE SITE, YOU CONSENT TO THESE COOKIES. FOR MORE INFORMATION ON COOKIES INCLUDING HOW TO MANAGE YOUR CONSENT VISIT OUR COOKIE POLICY.
CONTINUE
Search Near Me