The most delicious hole in golf

Why not spice up a par 5 with an oyster farm? Or harvest honey from bee hives or tap trees for maple syrup? The golf industry is getting creative and tasty at these courses.

HUALALAI, Hawaii — The 5th hole of the Weiskopf Course at the Four Seasons Hualalai Golf Club is an inopportune place to spray a shot right. It would be impolite to disturb the oysters.

What at first glance appears to be a garden-variety collection pond in place to challenge your swing is something actually quite unusual: a hard-working, 3-acre saltwater ecosystem created by the resort's longtime Director of Natural Resources David Chai. In a destination that puts a premium on health and eating well (and has the ecology to make it happen), he's crafted a low-energy aqua culture environment that harvests 60-70,000 Kumamoto and Pacific oysters annually. They're served up to members and guests of the Four Seasons Hualalai at various dining concepts on the Big Island resort, club and residential community.

The premise for the pond was fairly simple. "If we can have a lake," said Chai. "Why not make it saltwater and grow some food?" Chai & staff were thoughtful with their own flavor of golf course strategy in creating an entire 3-acre natural ecosystem that includes shrimp, milkfish, mullet and seagrapes. Chai is also experimenting with growing a seaweed-based "vegan caviar." The more natural the ecosystem, the faster the seafood grows and the beter it tastes. In addition to serving up seafood, fly fishing programs are also taught to members and resort guests.

Not every golf course has the fertile environment of the Big Island or the resources of Hualalai, but most golf courses surely have some land or water here and there that could be used in a way that serves as more than just a water hazard.

Some courses have closed entirely over the years and have given way to farming, most notably High Pointe Golf Course in Traverse City, which has been transformed into a sprawling hops farm serving the state's emerging craft beer movement. Speaking of the 19th hole, it's tough to play golf courses in California Wine Country without seeing bordering vineyards, like at aptly named Chardonnay Golf Club or at CordeValle in NorCal.

In truth, golf courses serving as a place to grow food dates back to the game's origins. Livestock roamed early golf courses and grazed their fairways, serving as the de facto grounds crew in the summer months. To this day, many courses keep sheep on the grounds like Royal North Devon, and a round at Wales' Pennard Golf Club is prone to cattle playing through.

Can you grow crops and play golf in the same space? It's an option that could gain interest as a Permaculture movement takes hold across America and golf courses look for additional revenue sources. What if the high native grasses bordering a fairway was instead a lucrative crop like hemp that could be harvested and sold twice a year?

Or maybe staff could start with something smaller. Hives don't need much space - just keep the bees away from the tees, please. They've been installed at such golf course properties as the TPC San Antonio in Texas and PGA Village in Port St. Lucie, Fla., where superintendent Dick Gray works with a local beekeeper to maintain hives on-site, which produce honey used in the facility’s dining spaces and sold in the pro shop. It has been a hit among the membership. 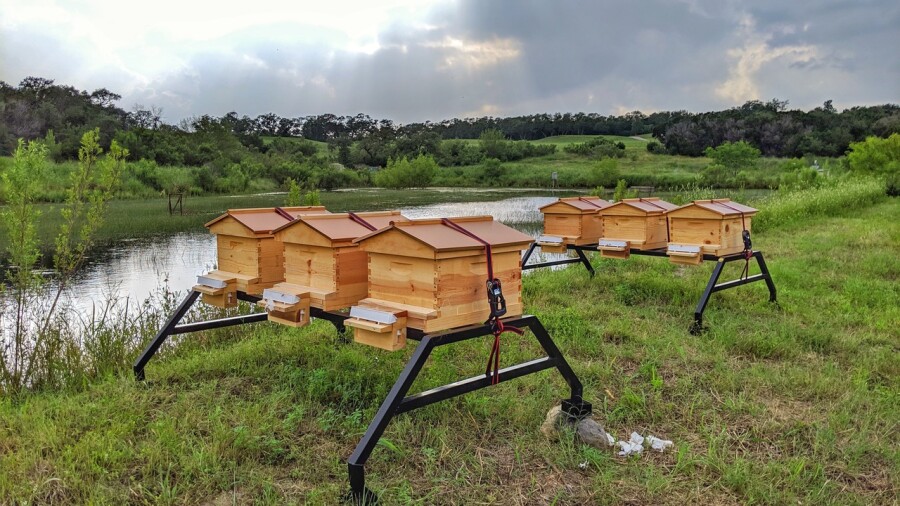 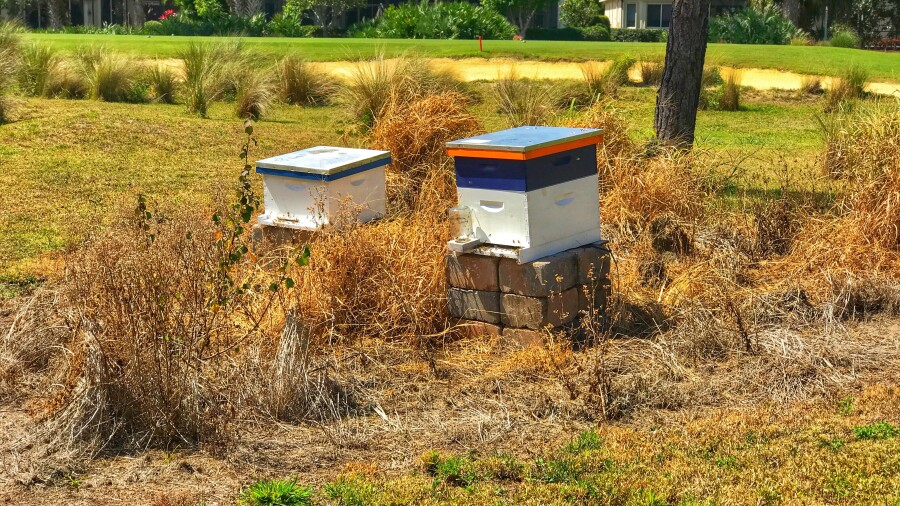 You don't need balmy southern weather to grow food on a golf course. Northern golf courses can even be tapped for food when the snow falls. In Chicago, Medinah Country Club has 54 holes on 650 acres and an ambitious culinary program. Meachem's Garden onsite grows 34 different plants and vegetables, plus spices and fragrant, edible flowers. They also tap trees in the winter time to generate maple syrup for their pro shop and dining concepts.

The next time you're on your home course, think less about where the bunkers are and instead where you might be able to plant some crops that would enhance the 19th hole.

Is your home club growing crops on premises? Tell us in the comments below!

Brandon Tucker
Brandon Tucker is the Sr. Managing Editor for GolfPass and was the founding editor of Golf Advisor in 2014, he was the managing editor for Golf Channel Digital's Courses & Travel. To date, his golf travels have taken him to over two dozen countries and nearly 600 golf courses worldwide. While he's played some of the most prestigious courses in the world, Tucker's favorite way to play the game is on a great muni in under three hours. Follow Brandon on Twitter at @BrandonTucker and on Instagram at @btuck34.
7 Comments

THERE IS NO NEED FOR BEE-HIVES ON THE GOLF COURSE !

Over-worked and under-paid superintendents are now being coerced and intimidated to adopt radical, ineffective, harmful, expensive, and time-consuming « Pollinator Best Management Practices » that will DO NOTHING to mitigate harm against bees.

Why are a few bee-keepers losing bees ?!?! Because they are incompetent. Bee-keepers are killing their own hives because they have NO idea what they are doing, and are simply NOT skilled to raise bees. Bees are certainly NOT being lost because of the golf course use of neonicotinoids. Regardless, bees are growing and thriving throughout the bee industry.

Golf superintendents are NOT responsible for the problems of the bee industry. Furthermore, the bees are actually growing and thriving. And, there is NO need for bee-hives on the golf course !

I love to hear about the connections to nature and other ways to help our environment while playing golf and supporting our local clubs !
However, I had a question about golf courses often use pesticides and fertilizers could these work their way into the food that might be consumed ? Just a thought .......

Garbage. Give me a hot dog and a beer at the turn and get that sissified food off the course

Pauly, sounds like you could use a hug.....or some of that CBD oil for your personality I hear they have some for you !

Yea, you will be the guy who drops over dead on the 16th someday from a heart attack and will screw up my round. You probably don’t walk either.

Uh, you’re the guy ruining golf with your popped collar and slowing everything down by walking like a douche

Oh man, you are good. Such a special power you must have in order to figure me out. Wow, you are special.