The rise of night golf

Golf's pandemic boom is extending after dark at facilities that have lights. 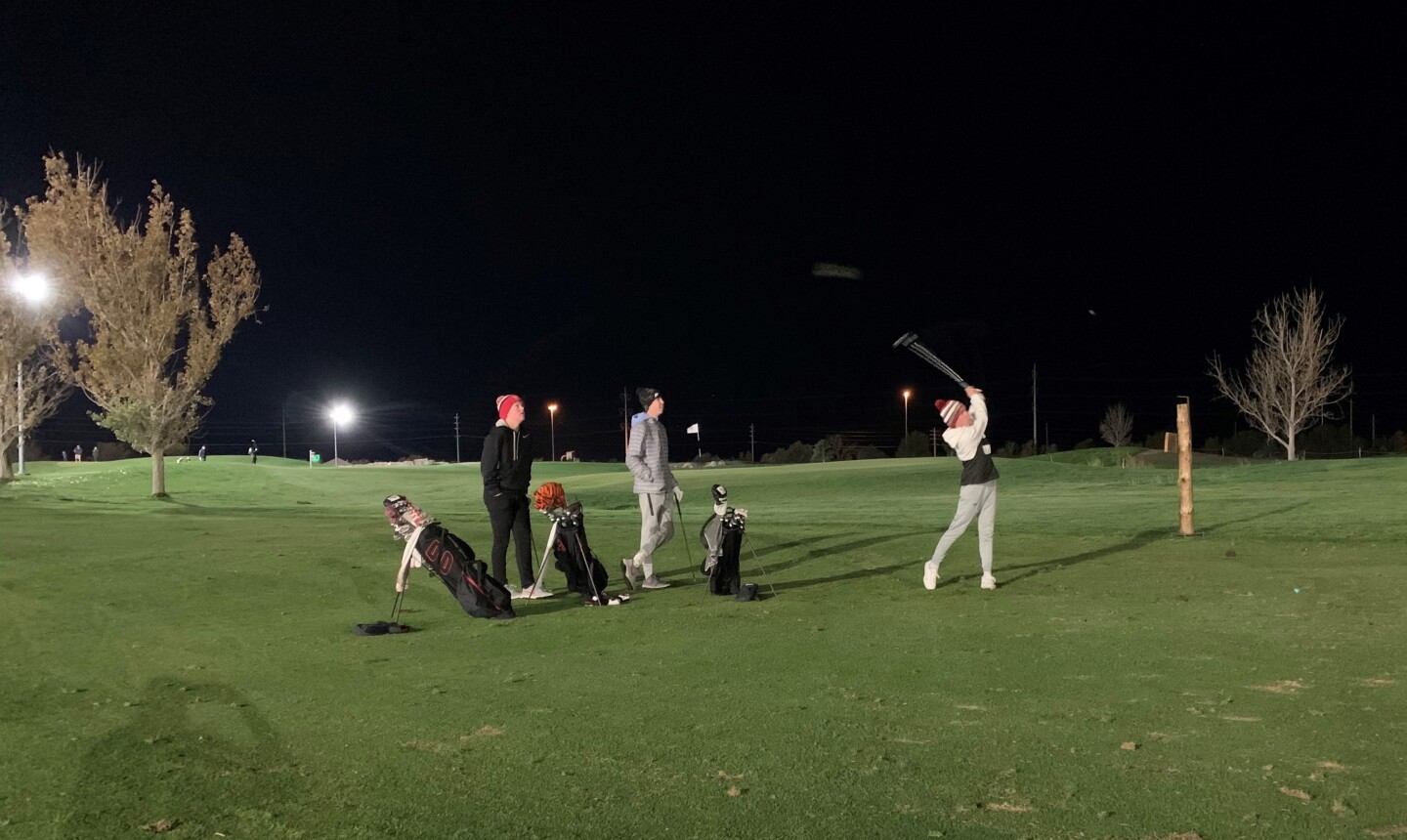 Golfers tee off on No. 9 of the Timpanogos Pasture Par 3 Course in Provo, Utah. Courtesy photo 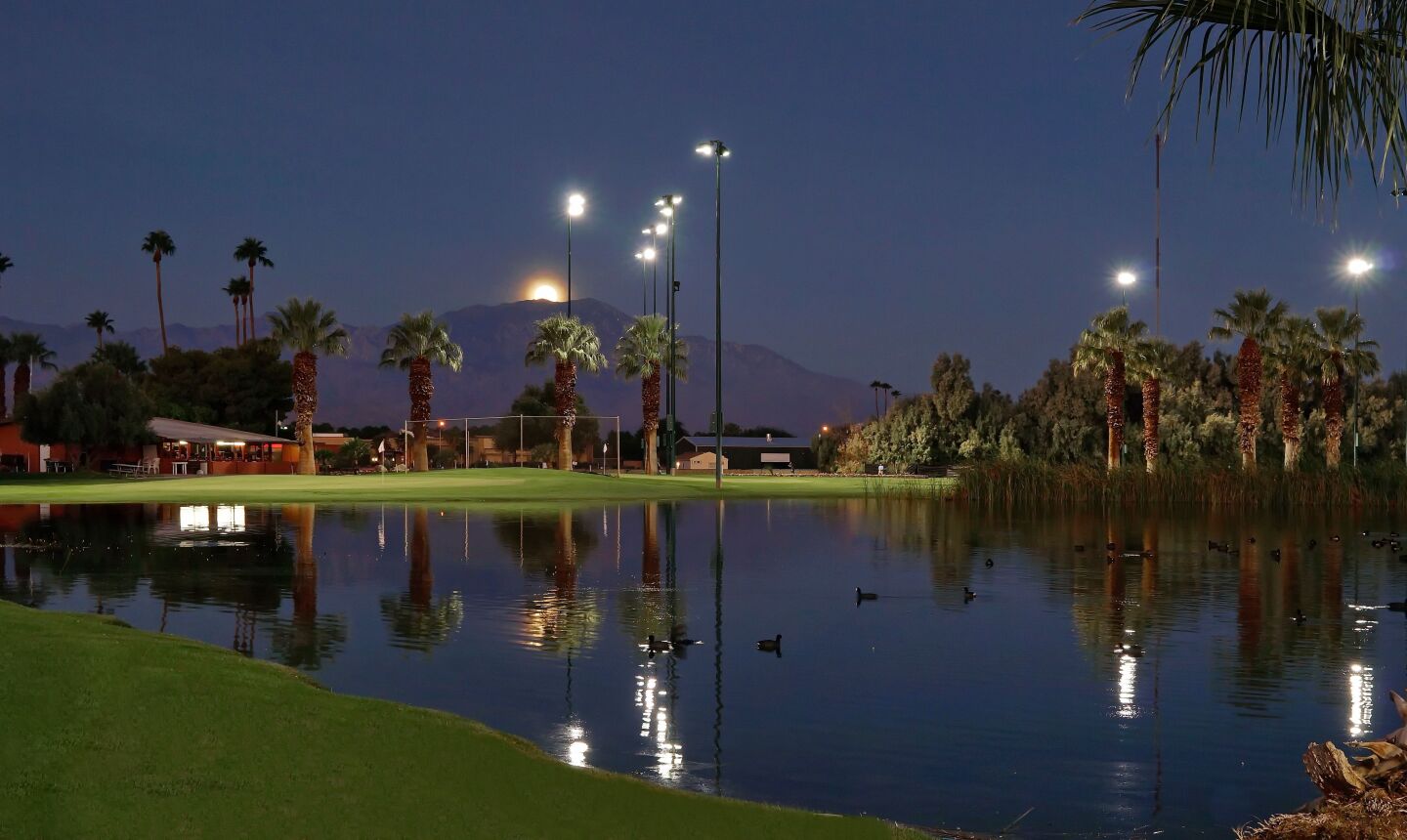 The Lights at Indio is a popular night golf facility in California's Coachella Valley. Courtesy photo

Night golf is enjoying its moment in the sun (pardon the phrasing) thanks to the COVID-19 pandemic. Facilities that offer night golf are seeing a boost that parallels the boom in rounds played during the day.

David Ruvolo, the general manager of The Lights at Indio in California’s Coachella Valley, said night golf business on weekends has tripled in 2020, outpacing growth during the day, where rounds have doubled.

"You can see a trend going upward of people playing more at night, whether it is summer or the winter time," he said. "You even get your snowbirds coming in, people from Seattle or Canada. Even if it is cold (by desert standards), people still come out (and say) 'This is great. Who cares about the weather'?"

Need more proof night golf is cool? Rickie Fowler and Bubba Watson have teed it up after dark on the 3,004-yard executive course in recent years while in town for the PGA Tour's Desert Classic.

Across the country, The Links of Naples - the only lighted facility in southwest Florida - just turned on its lights last weekend in anticipation of a busy winter.

"It looks like it is going to be a busy year. We might have to expand" what days the lights go on, said General Manager Scott Allen. The par 61 of 3,985 yards, built in 2000, currently offers night golf on Wednesdays, Fridays and Saturdays. The last tee time is 7:30 p.m., but the lights stay on until 11 p.m.

Allen said 2019 also witnessed a boost in play at night, the best in the last five years. "It is all millennials. They are starting to play golf," he said.

Another popular night-golf facility is investing in upgrades. Although San Diego's lighted Mission Bay loses money, according to the San Diego Union-Tribune, its clubhouse will be renovated as part of a $15-million capital improvement project for the city's three municipal facilities in preparation for the 2021 U.S. Open at Torrey Pines South. Mission Bay's par 58 of 2,607 yards gets solid reviews from Golf Advisor users, averaging 3.8 stars. California is home to the nation's most night-golf courses with 13.

When the Timpanogos Pasture Par 3 Course opened Oct. 7 as part of a major redesign and renaming of the former East Bay municipal golf facility in Provo, Utah, it became the first night-lit golf course in the state. It is the handiwork of architect Kevin Atkinson, who jazzed up the Timpanogos Golf Club's new 7,056-yard championship course by adding waste bunkering and an island green par 3. There's also a seven-hole Legacy Trail Short course that can be played with S.N.A.G. (Starting New At Golf) equipment that includes tennis balls and oversized clubs.

Brett Wagner, the course's head pro, said the Pasture has been averaging about 40 players a night despite a cold snap. The lights will go dark in a couple weeks and return in spring. He said the par-3 course was inspired by popular short courses such as Bandon Preserve at Bandon Dunes, The Cradle at Pinehurst Resort and The Sandbox at Sand Valley.

The 1,168-yard routing features nine holes ranging from 82 yards up to 211 yards, all separated by native grasses in an open "pasture". Its name comes from the first rudimentary nine-hole course created by the First War Pasture Cattle Company - often illuminated by the headlights of cars - that eventually became the site's first course in 1923.

Wagner said the fact that Provo City Power is owned by the city helped make installing and running LED lights "not as expensive as you think." Could this be the first of more night-golf facilities built in the United States if golf's popularity continues to surge?

Building a short course "has become a popular thing, but you don’t see lighting (often)," he said. "We wanted to keep it lit on the tee box and the green, instead of stadium lighting. It added to that natural feel."

Will you play more night golf during the pandemic if there's a facility near you? Tell us about your feelings about night golf in the comments below. 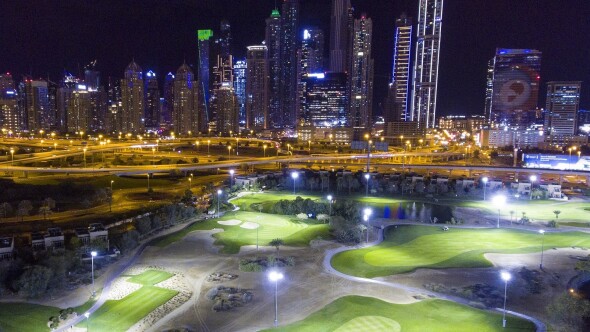 Articles
Night owls can play golf under the lights at night
Long before TopGolf became popular, golfers who wanted to play after dark had to search for golf courses lit by floodlights for night-time play. We've found 65 such facilities in 23 states. Here's a convenient guide to help you get your golf fix at night.
33 Min Read

I'd play at night! Also, I'm a LED lighting contractor in New Orleans. Would be on board to setup an any courses within a few hundred miles of here/

I have played night golf in Greenville, SC. It was awesome! I was able to play after work, even when it was dark! I would join a club if they had lights on part of the course.

I grew up in small town Anderson, IN 60's-70's. That happened to be GM town which golf was a sport anytime available. A short lighted 18 hole was a hit Boca Real pronounced Re-Al. It was so much fun roughly 3000 yes. I am all for it getting more golfers involved in the game is great.

I think it's great !! I have played night time golf in China on a par 71 golf course. It was a great experience !! More clubs should do this. There is an extra cost but it sure works as it did in China when the temperature is in the high 90s and 100s.The cost can get covered by more play !!