The "Tiger Woods Golf Trail": Have You Played His Favorite Courses? 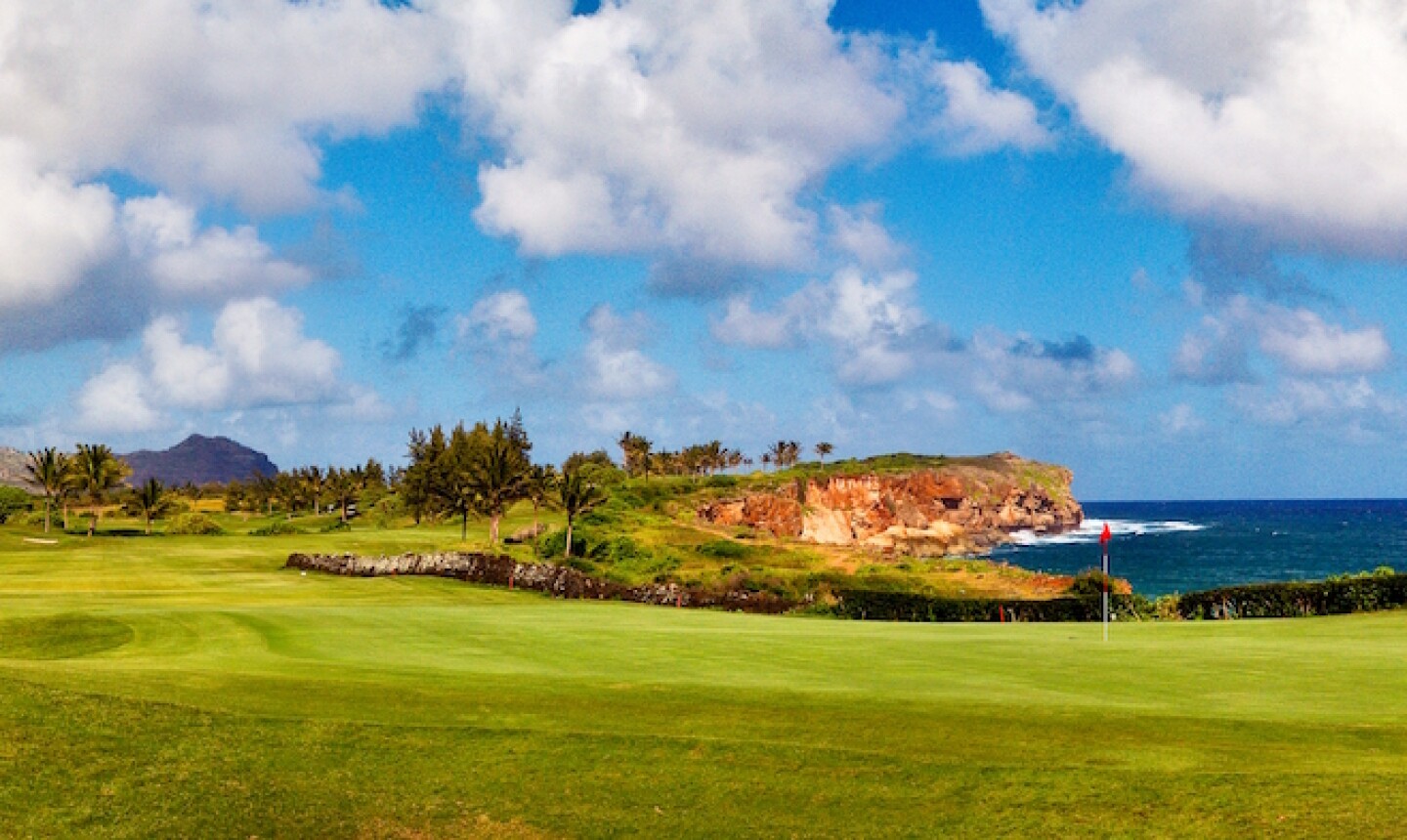 You probably heard the news...

After undergoing back surgery this past April - his fourth in the span of about four years - Tiger Woods will be making his return to competitive golf in a few weeks' time, at his own HERO World Challenge, held at Albany, an Ernie Els designed in Nassau, Bahamas, November 30 - December 3.

Albany bills itself as an exclusive, high-end community, but it is possible to access the course as a non-member by staying at the club. That said, it's one of the most expensive places in the world to stay and play, with overnight accommodations starting at a hefty $2,500 per night.

Albany's sky-high price point fits in with Tiger's status and lifestyle - he's the world's first billionaire athlete, after all - but is it the type of course where he'll play well?

Maybe not. Judging by his track record, Tiger loves courses that are for all of us, not just the privileged few.

Of the 106 professional victories (including 14 majors and 79 PGA Tour wins) Tiger Woods has amassed in his incredible career, 61 have happened on municipal, daily-fee and resort courses. Given that so many top-level professional golf tournaments are played on private courses, Woods' dominance at public and resort courses is particularly staggering.

This "Tiger Woods Golf Trail" spans the world. Here are the main stops:

If there's one public golf facility most closely associated with Woods' storied career, it's Torrey Pines - specifically, the South Course. Woods has won an insane eight professional events there, including in 2008, when he won both the Farmers Insurance Open early in the year and the U.S. Open in June, on one leg, in a playoff over Rocco Mediate. The South Course has hosted the most dramatic moments, but Woods would not have won so many Farmers Insurance Opens without taking care of business in his rounds on the shorter, sportier North Course, as well.

Bay Hill plays a close second-fiddle to Torrey Pines in Woods' illustrious career, as he's racked up seven Arnold Palmer Invitationals at the home of The King.

Torrey Pines and Bay Hill - as well as Muirfield Village and Firestone on the private side - receive most of the recognition as key places in Woods career, but Poipu Bay has been very good to him as well, as he's won seven times there, all in past editions of the now-defunct Grand Slam of Golf, a four-man "silly-season" event that used to bring together the year's four major champions. So yes, these were small-field wins in his prime, but a win's a win, isn't it?

Poipu Bay is situated on the southern coast of Kauai, known as Hawaii's "Garden Isle." The course is associated with the Grand Hyatt Kauai Resort & Spa.

Cog Hill has faded somewhat from golf fans' consciousness in recent years, as the Western Open, now known as the BMW Championship, has shifted away from the venerable Chicagoland public complex. But in his prime, Tiger Woods won here five times. You can play this bruiser of a course for $155.

Woods tamed the Blue Monster four times from 2005 to 2013, before Donald Trump bought the resort and hired Gil Hanse to toughen the course back to its former fearsome glory. The bones of the course remain broadly similar, and who can forget the epic duel between Woods and Phil Mickelson there in 2005?

Woods initially became a household name on the strength of his match play prowess, as he won three consecutive U.S. Junior Amateurs, followed by three consecutive U.S. Amateurs, from 1991 to 1996. His individual match play record as a pro is excellent as well, as he won three match-play World Golf Championships at La Costa, in 1997, 2003 and 2004. Oddly enough, his most famous La Costa moment came in a non-winning year: the first round of the 2006 event, when opponent Stephen Ames proclaimed that anything can happen" against Woods, who was having ball-striking issues at that time. "Anything" did happen - Woods absolutely annihilated Ames, 9&8 (3:29 mark of the video above).

La Costa's routing has changed somewhat in recent years, but Tiger fan or not, you would do well to spend time at this resort, now part of the Omni family.

Tiger Woods has only teed it up twice in his professional career at Harding Park, but both times have resulted in victories: in thrilling fashion over John Daly in the 2005 American Express Championship, and as a member of the victorious American Presidents Cup squad in 2009, when he went a perfect 5-0 in his matches. If Woods can get his groove back (and get his back healthy) over the next couple years, circle the 2020 PGA Championship there as a potential Tiger-in-winter triumph.

Sawgrass is something of an anomaly on this list, because despite having won three huge events there in his life - the 1995 U.S. Amateur and the 2001 and 2013 PLAYERS - his track record at the course is somewhat mixed. If anything, this makes the Pete Dye classic all the more intriguing as a course to experience and study for its associations with Woods.

The Grove is one of many courses on which Tiger Woods has won just once, but it belongs on this list because, like Harding Park, it is a place where Woods is batting 1.000. That win wasn't so much a victory as a clinic - Woods shot 23-under par for four days and won by eight strokes over Ian Poulter and Adam Scott.

You probably won't go quite that low, but The Grove's Kyle Phillips-designed course is one of England's best-regarded inland layouts, and the attendant resort is lovely.

Tiger never did win here, but you can probably tell from the video above why it deserves to be a stop on the Tiger Woods Golf Trail...

Have you played any of these courses? What did you think? Please read what others are saying or share your comments below!

I have played Harding Park, Torrey Pines both courses, and Poipu Bay...Harding Park is a classic muni upscale layout that has hosted the local championship for many years boasting such
winners as Johnny Miller, Ken Venturi, and many other golf names...It is a nice layout with many ball eating Monterey Cypress trees Once on the par three 17th the coastal winds came up, and 13+ golf balls fell to the ground as we were playing...Torrey courses are similar only oriented with many holes traveling with the wind then against it...This variety adds to the pleasure...finally, like many San Diego area courses, there are ubiquitous signs warning "KEEP OUT--RATTLESNAKE COUNTRY"(no worries if you keep it in the fairway)...Poipu on the other hand is just plain fun...Fairly easy, it boasts a variety of holes, both up and down wind on the coast of what some say is the windiest spot in Hawaii...One of my favorite stories is when Phil Mickelson missed a seven foot putt on the
last hole (par five) for an Albatross ending 58...He won anyway with an Eagle....PLAY THEM ALL...as many times as you can...

Tiger is one of the biggest players of golf of all times.

Ernie, thank you for comment and clarity of the question. I, too, have played Torrey Pines and Doral prior to its new ownership, but will not patronize anything owned by #45. BigDaddy46 must be Jesus and therefore, without sin and able to judge others.

Really? Then why were Mr. Palmer and Tiger such good friends? This article is about the golf courses where Tiger, arguably one of the greatest golfers of our time, had a good time, or success, or both. Personally, I love Sawgrass but would never ever give that misogynist racist freak Trump a dime of my money so Doral is one place I will never go.

Nice article! At Fairways and FunDays (an Irish Golf Tour Operator) we have given clients the opportunity to play "The Irish Tiger Trail" for some time www [dot] fairwaysandfundays [dot] com [slash] Tours [slash] tiger-trail

This tour allows clients to follow in the footsteps of Tiger and play the Irish courses that he has played. Plus, as with all of our Tours, clients are treated to "An Ultimate Golf &amp; Ireland Experience" - the very best of Ireland by day and by night both on and off the fairways.

Keep up the fantastic work with your superb articles.

How could you not include Pebble Beach?

Of the courses on this trail, I have only played Torrey Pines (both the North and redesigned South) and TPC Sawgrass. In my opinion, TPC Sawgrass is vastly superior to both Torrey Pines courses. I was surprised at how much fun TPC Sawgrass was to play. 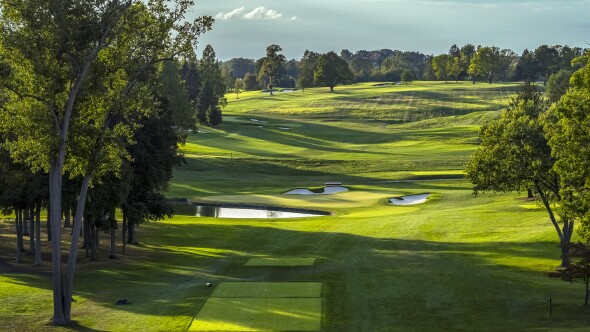 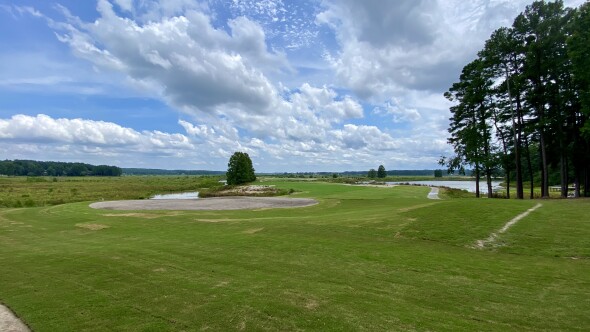 Tim Gavrich
Senior Writer
Now Reading
The "Tiger Woods Golf Trail": Have You Played His Favorite Courses?
Search Near Me