Top 20 golf architects who most influenced the major championship venues 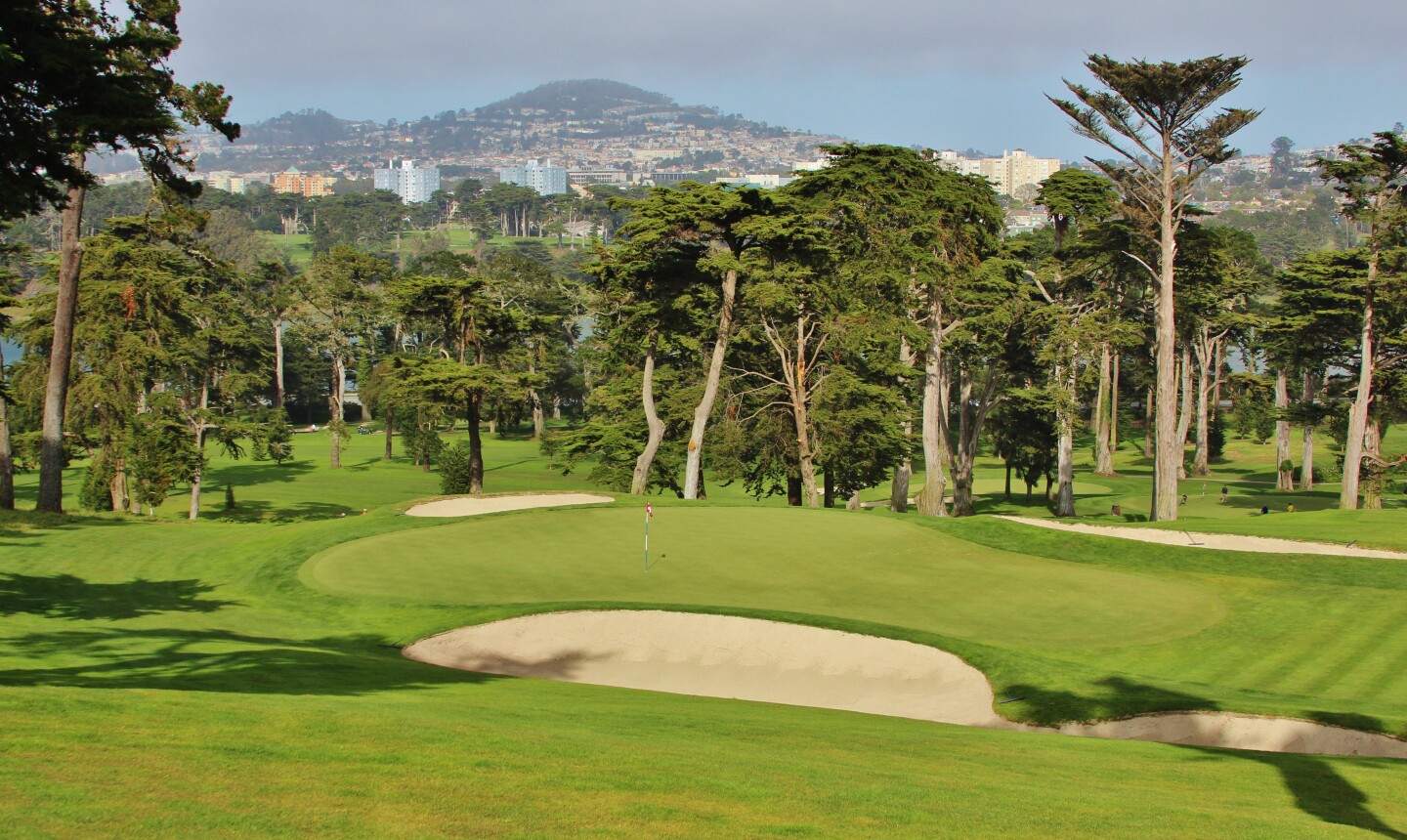 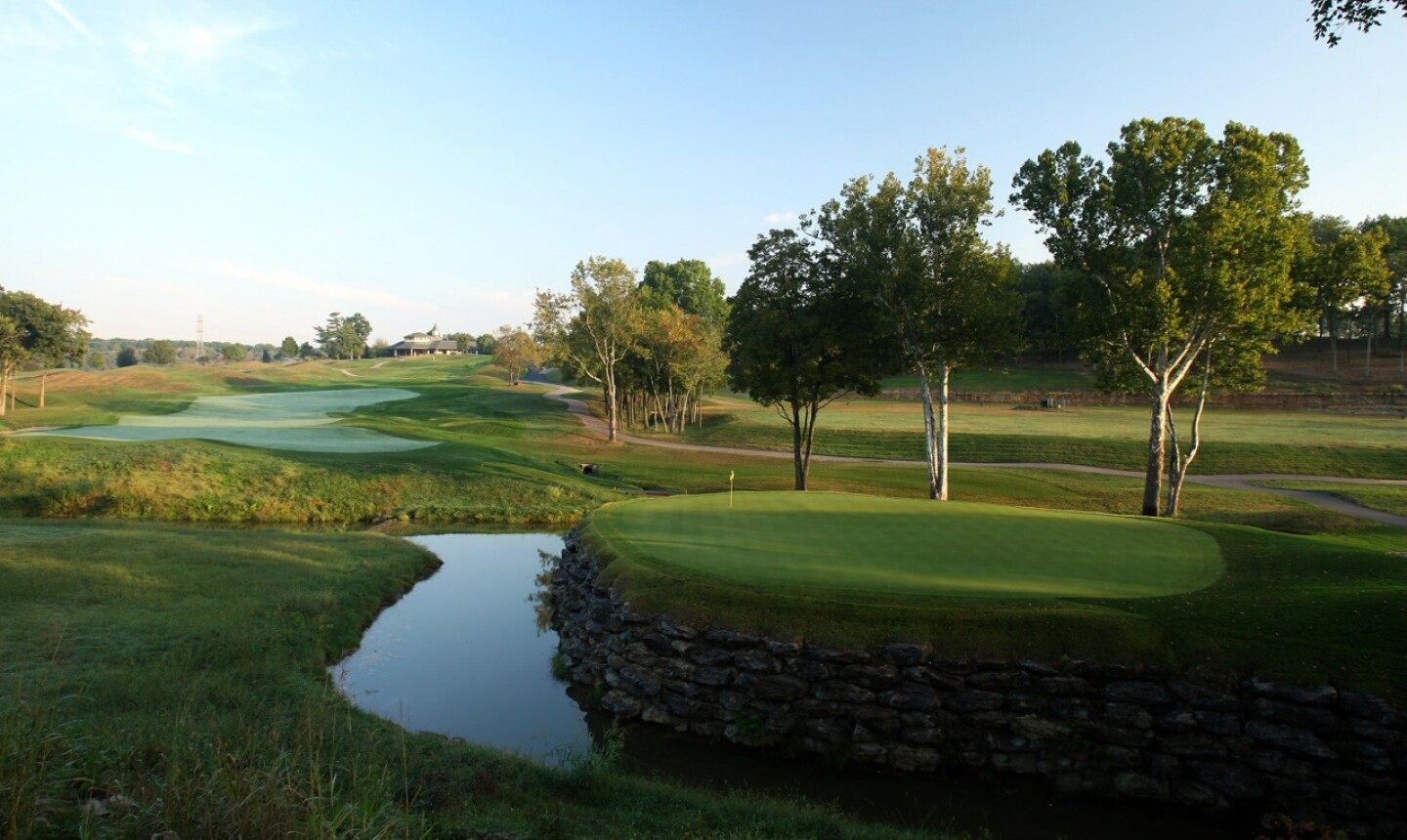 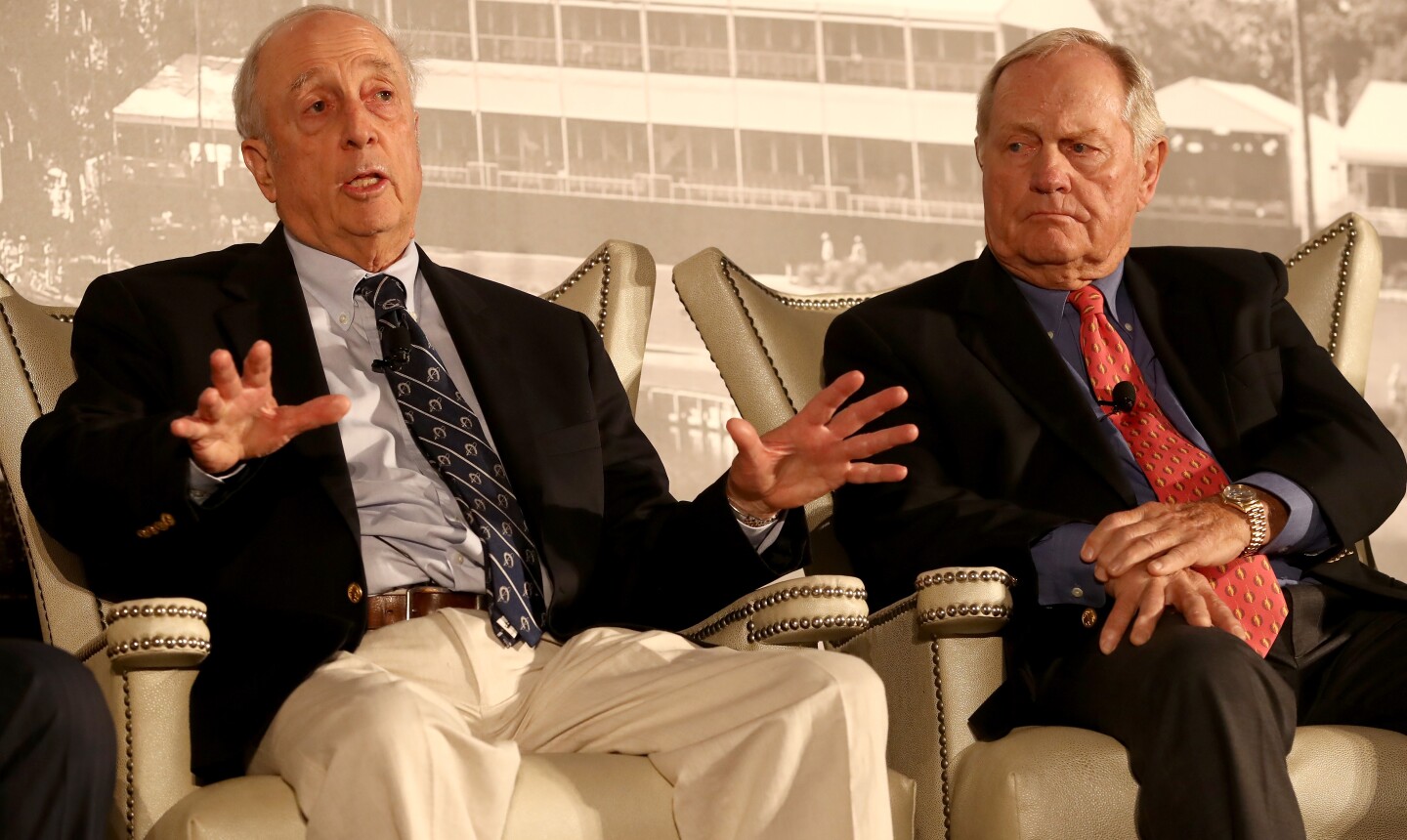 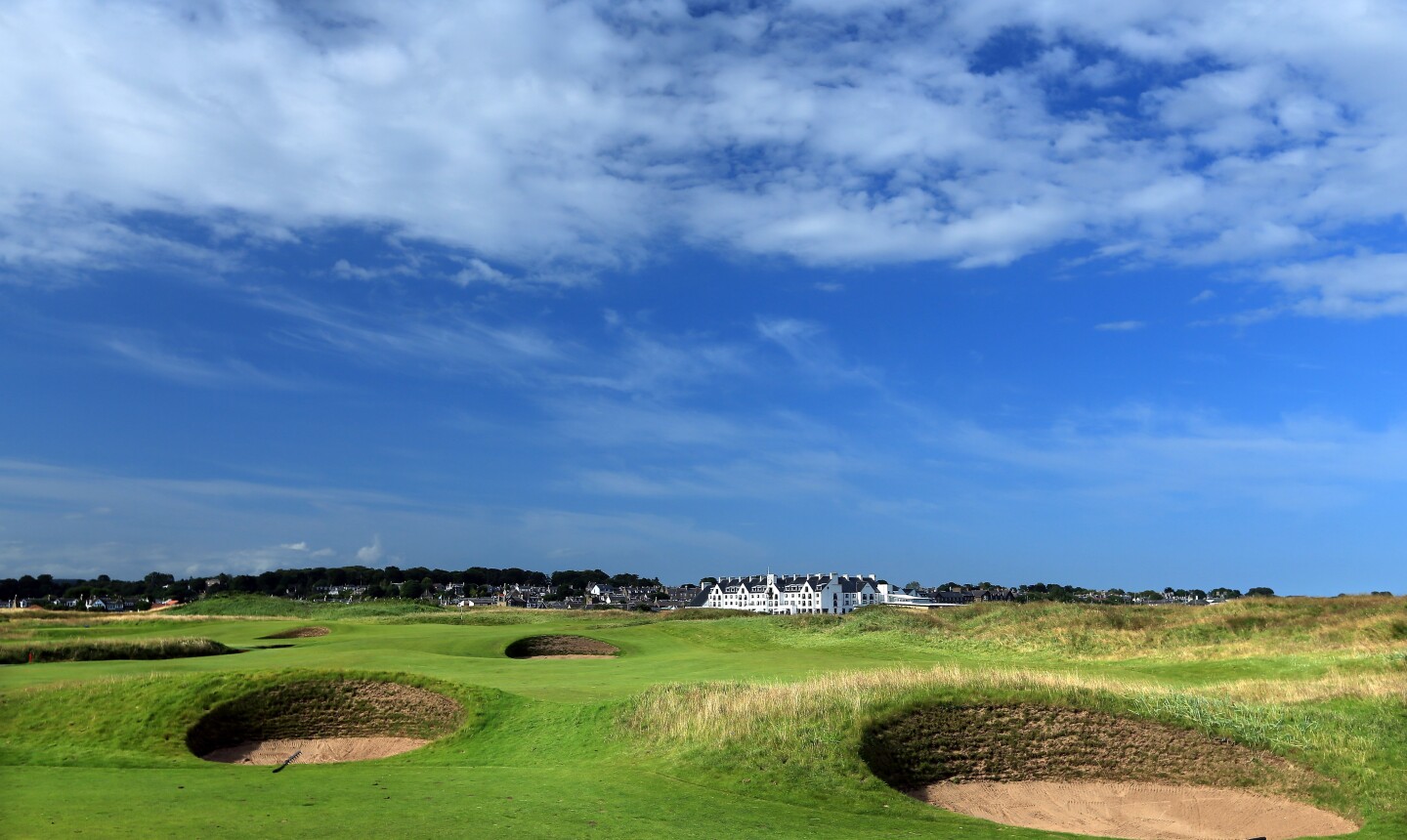 Englishman Donald Steel has consulted on every links that has hosted The Open in modern times, including Carnoustie Golf Links in Scotland. Getty Images

If winning majors is what separates legendary golfers from merely good ones, shouldn't the same theory be applied to golf course architects?

More than 125 courses have hosted a major championship since 1860, the first year of The Open Championship. And it's no surprise that many famous golf course architects designed the majority of these major venues. Great architects make great courses, and those courses, in turn, help produce great champions.

Designing a course garners more weight than doing a renovation. That's why Rees Jones - nicknamed 'The Open Doctor' for so many renovations on courses that hosted the U.S. Open - didn't make the top 10, although his handiwork has greatly influenced modern majors. It was just as difficult determining how much credit architects such as Tom Bendelow or Old Tom Morris should get for designing courses that have greatly evolved for more than a century.

What's interesting are the names who didn't make the cut. Robert Trent Jones II, designer of Chambers Bay, host of the controversial 2015 U.S. Open, hasn't done enough work on major venues to join his father, Robert Trent Jones Sr., and his brother, Rees Jones, in the top 20. Arnold Palmer and/or his firm have worked on Oakmont and Pebble Beach, for example, but, despite a massive body of work, didn't design a course good enough to host a major. You could argue that Herb Fownes (who designed Oakmont) and Jack Neville (the man behind Pebble Beach) have influenced their share of majors at those legendary courses, but their one-hit wonder status didn't move the needle enough for inclusion, either.

Also missing are the architects who are all the rage today: Gil Hanse, Tom Doak and the duo of Bill Coore and Ben Crenshaw. Those famous modern minimalists have all worked on major venues (Coore and Crenshaw notably for their restoration of Pinehurst No. 2), but nobody has designed a new course worthy of a major. Maybe with a few more renovation projects, they can climb onto this list.

Courses designed: Birmingham Country Club (1953 PGA Championship). Medinah Country Club No. 3 (PGA Championships in 2006 and 1999. U.S. Opens in 1949, 1975 and 1990).
Other majors impacted by his work: Columbus Country Club (1964 PGA Championship). Skokie Country Club (1922 U.S. Open). The Minikahda Club (1916 U.S. Open).
Comment: The "Johnny Appleseed" of course designers laid out hundreds of courses in the early 20th century, although a majority of them have been redone, so he rarely gets credit today. His critics say he merely staked sites for greens and tees. His family contends Bendelow doesn't get the credit he deserves.
Total impact: Two designs, three renovated courses and nine majors.

Courses designed: North Course at Olympia Fields (U.S. Opens in 1928 and 2003. PGA Championships in 1925 and 1961). Minneapolis Golf Club (1959 PGA Championship). Meadowbrook Country Club (1955 PGA Championship).
Other majors impacted by his work: None.
Comment: Park is one of a handful of Scotsmen who made their marks early in American course architecture. Donald Ross followed up Park's original routings at Minneapolis GC and Meadowbrook to make them major worthy. Meadowbrook's original six-hole course by Park remained in play as holes No. 2, 3, 7, 10, 11 and 18 for several generations until a recent renovation by Andy Staples that debuted in 2017 as a way to celebrate the club's 100th anniversary.
Total impact: Three original designs and six majors.

Courses designed: Lake Course at The Olympic Club (U.S. Opens in 1955, 1966, 1987, 1998 and 2012). Hillcrest Country Club (1929 PGA Championship).
Other majors impacted by his work: Interlachen Country Club (1930 U.S. Open). The Minikahda Club (1916 U.S. Open).
Comment: The Lake Course is, by far, Watson's legacy, although Hillcrest remains an exclusive club in L.A. for the Hollywood elite. Not much of his original design at Interlachen survived a complete rerouting by Ross. Several of his original holes live on at Minikahda, despite later changes by Bendelow and Ross.
Total impact: Two designs, two renovated courses and eight majors.

Courses designed: Blue Mound Golf & Country Club (1933 PGA Championship), Chicago Golf Club (U.S. Opens in 1897, 1900 and 1911). Onwentsia Club (1906 U.S. Open). St. Louis Country Club (1947 U.S. Open).
Other majors impacted by their work: Shinnecock Hills Golf Club (U.S. Opens in 1986, 1995, 2004 and 2018).
Comment: It's virtually impossible to separate this dynamic duo, although Raynor warrants a solo design credit at Blue Mound in Wisconsin. Both men relied heavily on template holes they found overseas and brought to America. Macdonald founded Chicago Golf Club in 1892, designed its original holes, then signed off on his protégée, Raynor, to modernize the course in the 1920s. Macdonald designed St. Louis CC in 1892, but it was Raynor who finished it in 1914 as the layout that stands today. Macdonald also laid out the first nine holes at Onwentsia in 1895.
Total impact: Four designs, one early renovation and 10 majors.

Courses designed: None.
Other majors impacted by his work: South course at Torrey Pines (2008 U.S. Open). Bethpage Black (U.S. Opens in 2002 and 2009). South course at Oakland Hills Country Club (PGA Championship in 2008). Highlands course at Atlanta Athletic Club (PGA Championships in 2001 and 2011). Blue Course at Congressional Country Club (U.S. Opens in 1997 and 2011). Medinah Country Club No. 3 (2006 PGA Championship). The Country Club (1988 U.S. Open). Lower course at Baltusrol Golf Club (1993 U.S. Open. PGA Championships in 2005 and 2016). Hazeltine National Golf Club (PGA Championships in 2002 and 2009. 1991 U.S. Open). Pinehurst No. 2 (U.S. Opens in 2005 and 2014). Sahalee Country Club (2008 PGA Championship).
Comment: The man nicknamed "The Open Doctor" isn't higher on this list because none of these courses are "his" designs, although it's likely neither Torrey Pines (2001 redo) nor Bethpage Black (1997-98 redo) would have landed majors without his efforts to make them tougher. His work at The Country Club prior to the 1988 U.S. Open led to gigs preparing a collection of famous private clubs for modern majors - Baltusrol (work completed in 1992 and 2004), Sahalee (1996 renovation), Hazeltine (for all three majors after 1990), Pinehurst (adding back tees prior to 2005 U.S. Open), AAC (2006 renovation), Congressional (multiple times starting in 1989), Medinah (tweaks in 2002 and 2010) and Oakland Hills (alterations in 2006-07). His penal style has come under scrutiny in recent years. Phil Mickelson has been an outspoken critic, and Oakland Hills has approved changes and brought in Hanse to erase the work of Jones and his father, RTJ Sr., to return to the more classic look created by Ross, the original architect.
Total impact: 11 renovated courses and 19 majors.

Courses designed: Valhalla Golf Club (PGA Championships in 1996, 2000 and 2016). Shoal Creek Golf and Country Club (PGA Championships in 1984 and 1990).
Other majors impacted by his work: Pebble Beach Golf Links (U.S. Opens in 2000 and 2010). Augusta National Golf Club (Masters 1985-present). Pinehurst No. 2 (U.S. Opens in 1999, 2005 and 2014). South Course at Firestone Country Club (1975 PGA Championship).
Comment: The greatest player of all-time has also earned his place among the most influential architects. In addition to Shoal Creek and Valhalla, he left small imprints on three of golf's most legendary venues – in the 1980s working on Pinehurst No. 2 and Augusta National, while later building one new hole, the cliff-top par 3 fifth, at Pebble Beach in 1998.
Total impact: Two designs, four course renovations and 12 majors, not including the Masters.