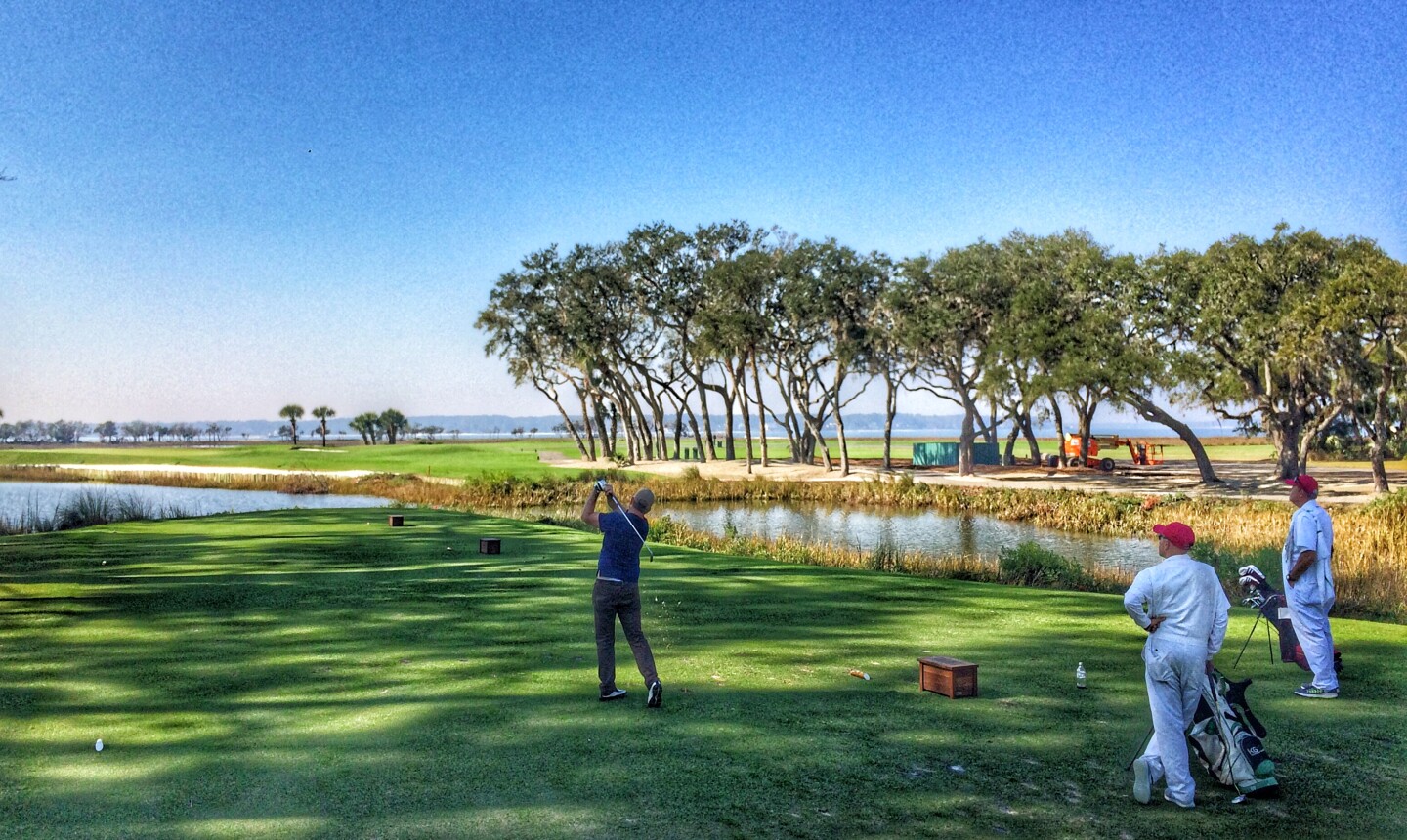 Thanks to caddies, spaced out tee times and a compact routing, Harbour Town was a top play for pace of play in 2016 according to reviews. Brandon Tucker/Golf Advisor

What's the recipe for the seemingly-elusive quality of exceptional pace of play?

It can be a multitude of factors, ranging from spacing between tee times to how difficult the course is set up.

We looked at your 100,000-plus reviews in 2016 to determine which courses most consistently earned high pace of play ratings. The results are a mix of championship layouts and shorter courses. It's a constant struggle for facilities to maintain a balance between booking enough tee times to make ends meet while also ensuring the course doesn't become overcrowded.

At Golf Advisor, our reviewers don't rate the course based on a specific time it took to play 18, but rather how pleased they were with the flow of the round. That makes this rating particularly subjective, as golfers consider anything from the pace of the groups ahead to how the course layout is able to get groups around.

In total, nine of the Top 25 courses listed below found their way onto our Top 50 Overall U.S. courses in 2016: proof that pace certainly matters when golfers consider the overall experience at the course.

Riverhead, N.Y.
What they're saying: "I really appreciate that they reinforce pace of play on this course."

Destin, Fla.
What they're saying: "Staff was super friendly with a marshal riding around handing out iced towels on a regular basis."

Hollister, Calif.
What they're saying: "Perfect attitude for their starter; informative, sociable and efficient."

San Antonio, Tex.
What they're saying: "We were first on the course and played in 2 1/2 hours!"

Merry Hill, N.C.
What they're saying: "Staff are wonderful to deal with...best deal for the money that I played."

Lagrange, Ohio
What they're saying: "Pace of play was great and we finished in just over 3 hours."

Palm Desert, Calif.
What they're saying: "Under 4 hours on a Saturday for 3 golfers is unheard of!"

Snow Hill, N.C.
What they're saying: "Staff were friendly and welcoming, eager to help in any way needed."

Mt. Gilead, N.C.
What they're saying: "The fairways were well cut, the rough fair, and the bunkers well kept."

Wickenburg, Ariz.
What they're saying: "The pace of play was excellent, the staff friendly and professional."

Lancaster, S.C.
What they're saying: "It was like having our own private course- we did have to share with the wild turkeys though."

Montgomery, Tex.
What they're saying: "This was an exceedingly great value. Pace of play was great."

Canton, Tex.
What they're saying: "Play moved along nice and course was in great shape."

Elberton, Ga.
What they're saying: "On the course I alway feel like I'm at a private resort and not a State Park course."

What they're saying: "Well worth the drive. Beautiful course with country setting."

Fort Myers, Fla.
What they're saying: "I played this course alone in about 2 1/2 hours. Excellent pace."

Edgefield, S.C.
What they're saying: "You feel like you have the course all to yourself."

Montverde, Fla.
What they're saying: "Well laid out course that was very fair and fun to play."

Hilton Head Island, S.C.
What they're saying: "Our forecaddie, obviously knew the course extremely well and was able to guide us effectively."

Statham, Ga.
What they're saying: "I have played Pinehurst, East lake, many of the TPC courses and still come back here and say WOW."

Millington, Tenn.
What they're saying: "Attention to details and friendless of staff makes for a must play."

Warner Springs, Calif.
What they're saying: "All of the amenities that a country club has with a local, friendly feel."

Tim Gavrich
Senior Writer
Now Reading
Top 25 U.S. courses as rated by pace of play in 2016
Search Near Me