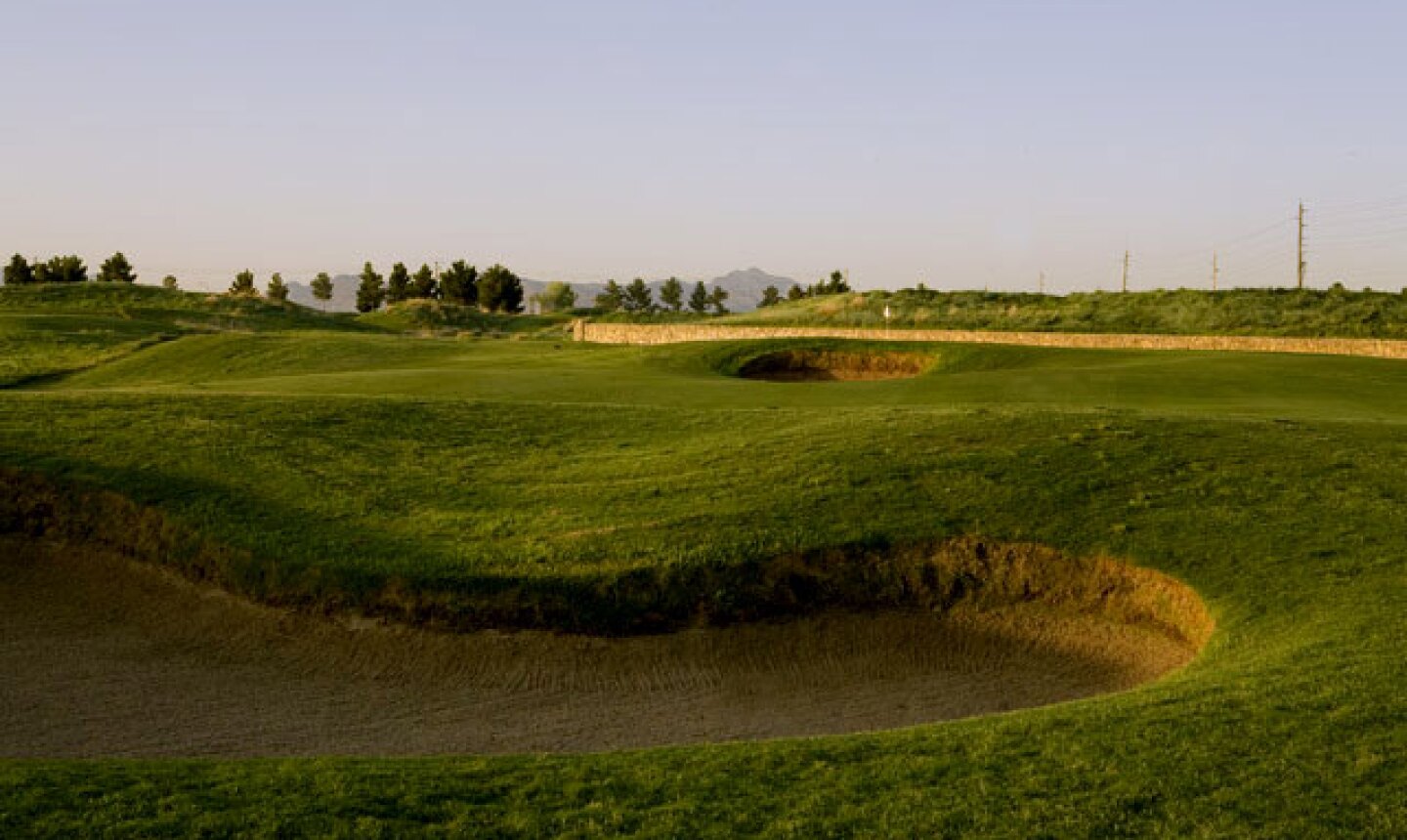 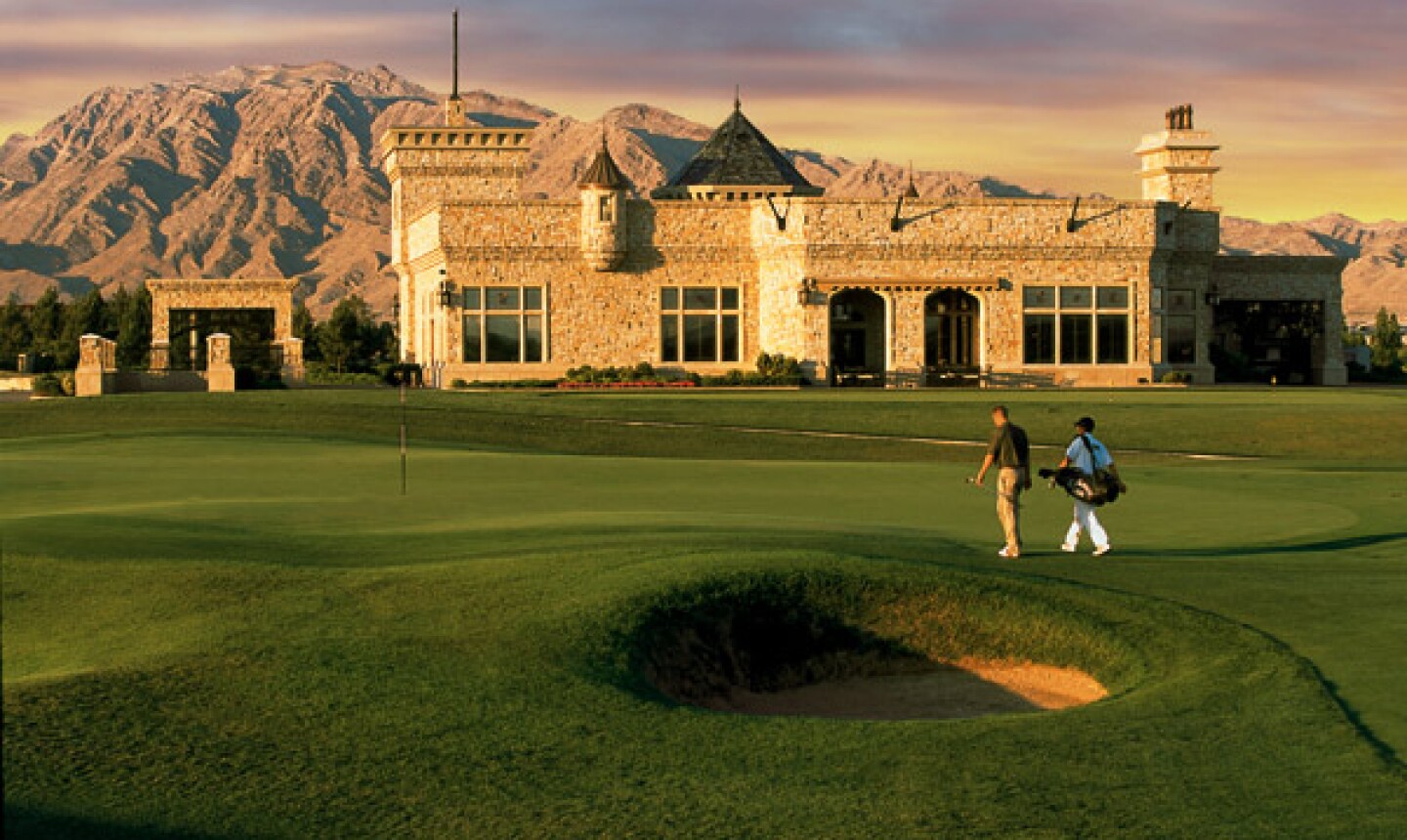 The par-5 ninth hole at Royal Links Golf Club was inspired by the fifth at Muirfield. Courtesy of Royal Links G.C. 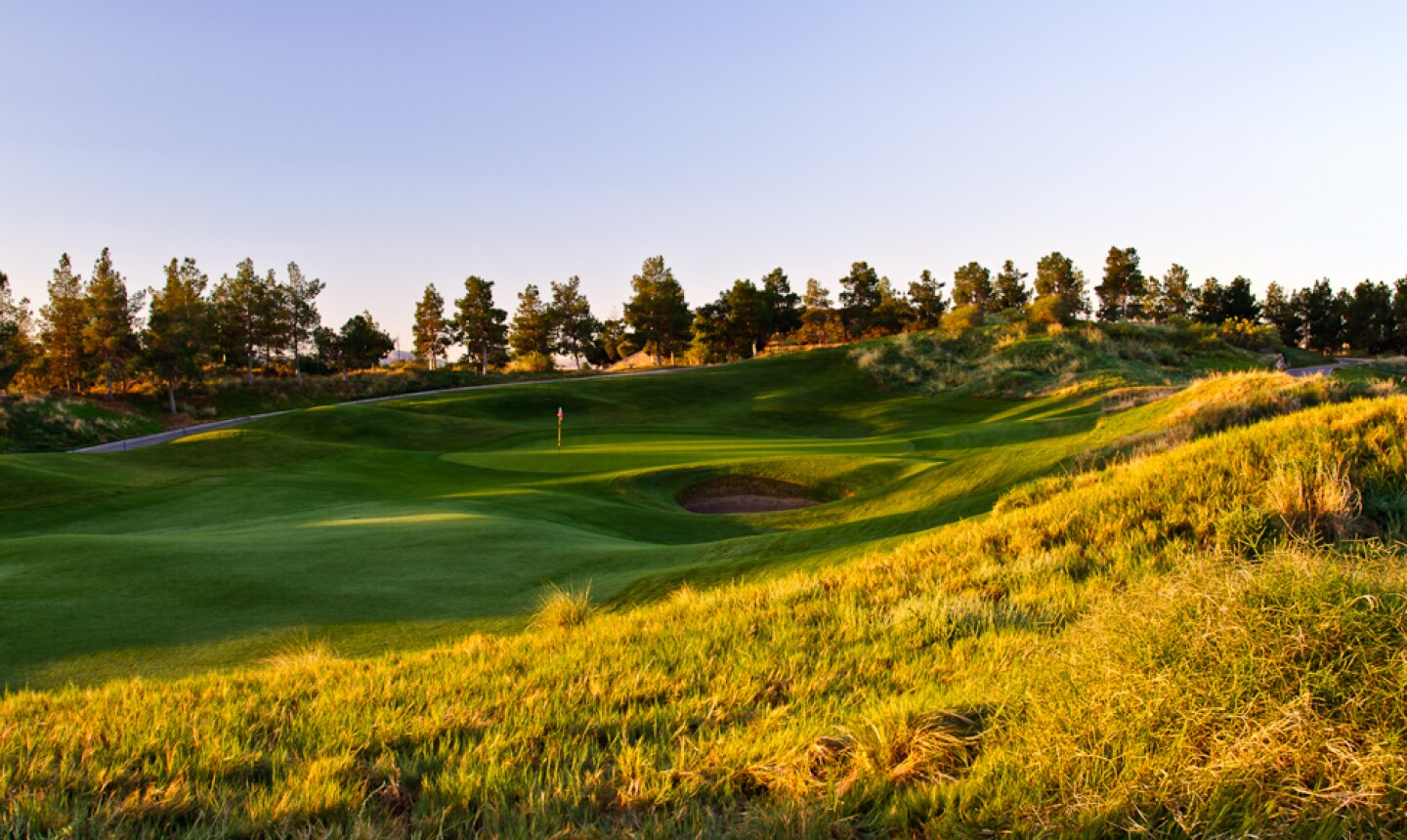 LAS VEGAS -- Mark Simoes, of Vancouver, is like a lot of golfers.

He wants to experience the links courses of the British Isles, while avoiding the exchange rates and the long, expensive flight overseas.

"I loved all 18," he said, sitting at a table in the bar of the castle clubhouse. "It's this course that got us to book with Walters Golf. It's like a theme park. We will never get to Scotland or Ireland. This is our best chance to experience that kind of golf."

Nearly everybody who has played Royal Links agrees that the 7,029-yard course is a fun ride thanks to all of the quirkiness of links golf: blind shots, pot bunkers, bad bounces off of rippling fairways and hairy dunes. The unique holes give a relatively flat parcel of land without any water features some great personality.

Fourteen courses have hosted the British Open since its inception in 1860, and 11 are represented at Royal Links. Of the three holes from the Old Course at St. Andrews, it's the 10th that remains the most memorable. Players hit over a billboard and stone fence meant to mimic the famous tee shot of the "Road Hole," the 17th at St. Andrews. The fifth hole, a mirror image of the 12th at St. Andrews, is the first of two drivable par 4s, although five hidden fairway bunkers have other plans.

The 324-yard 11th hole is blind off the tee with the green tucked behind dunes, a tribute to the sixth hole at Royal Cinque Ports, the course more commonly known as Deal, which hosted The Open in 1909 and 1920. Even the most educated golfers probably wouldn't know that trivia without playing Royal Links.

Of the three holes from Royal Troon, the short, 153-yard eighth at Royal Links copies the nuances of the "Postage Stamp" eighth hole.

Prestwick, Royal Birkdale and Turnberry's Ailsa course all have two holes represented. Royal Lytham & St Annes, Royal Liverpool, Royal St. George's and Muirfield round out the design. True to form, the hole inspired by the 14th at Carnoustie -- the 16th at Royal Links -- plays narrow and tough, just like the real Carnoustie.

A storybook next to each tee box highlights the historical significance of each original hole. The yardage book lists all the past Open champions.

"For a tourist experience, it was cool," Simoes said. "It lends itself to the history of golf."

The fact that Royal Links Golf Club is so different from anything else around makes it a worthwhile play on any Las Vegas golf trip. The blind shots, and the hidden fairway bunkers, are what make it maddeningly fun. Striking what you think is a perfect tee shot, only to find your ball in a tiny pot bunker, that's the rub of the game at Royal Links.

Jason Scott Deegan
Jason Scott Deegan has reviewed and photographed more than 1,000 courses and written about golf destinations in 20 countries for some of the industry's biggest publications. His work has been honored by the Golf Writer's Association of America and the Michigan Press Association. Follow him on Instagram at @jasondeegangolfpass and Twitter at @WorldGolfer.
0 Comments
Related Links
More from the author