Tournament tested: A comparison of the public golf courses that host the PGA Tour

TPC Deere Run, located in the Quad Cities area, is the most affordable PGA Tour venue open to the public. Courtesy of TPC Deere Run The North Course at Silverado Resort and Spa might be the most playable of all the public-access PGA Tour venues. Jason Scott Deegan/Golf Advisor 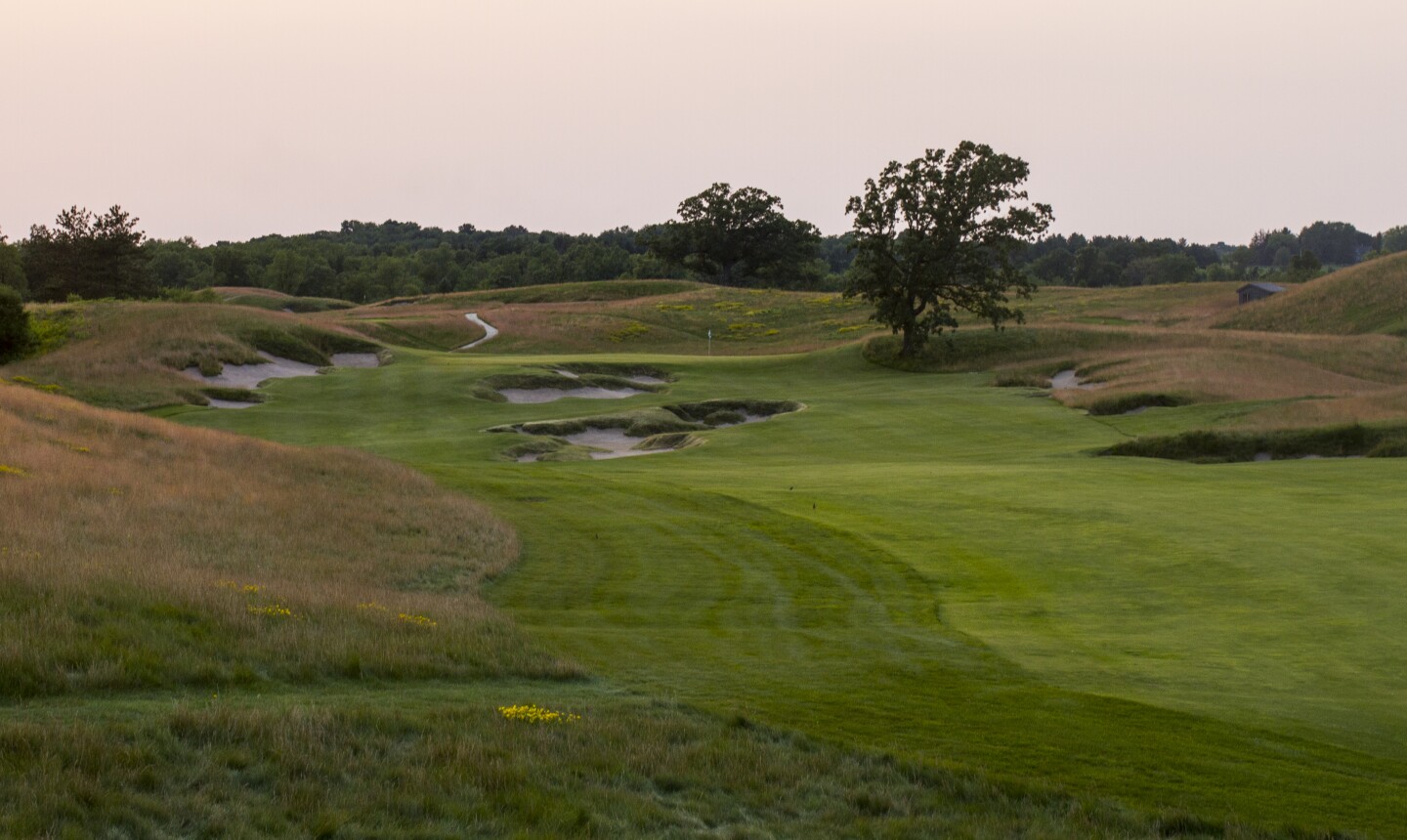 Erin Hills, a new venue for the U.S. Open in 2017, will be the longest course on the PGA Tour this season. Andrew Hollingworth/Golf Advisor 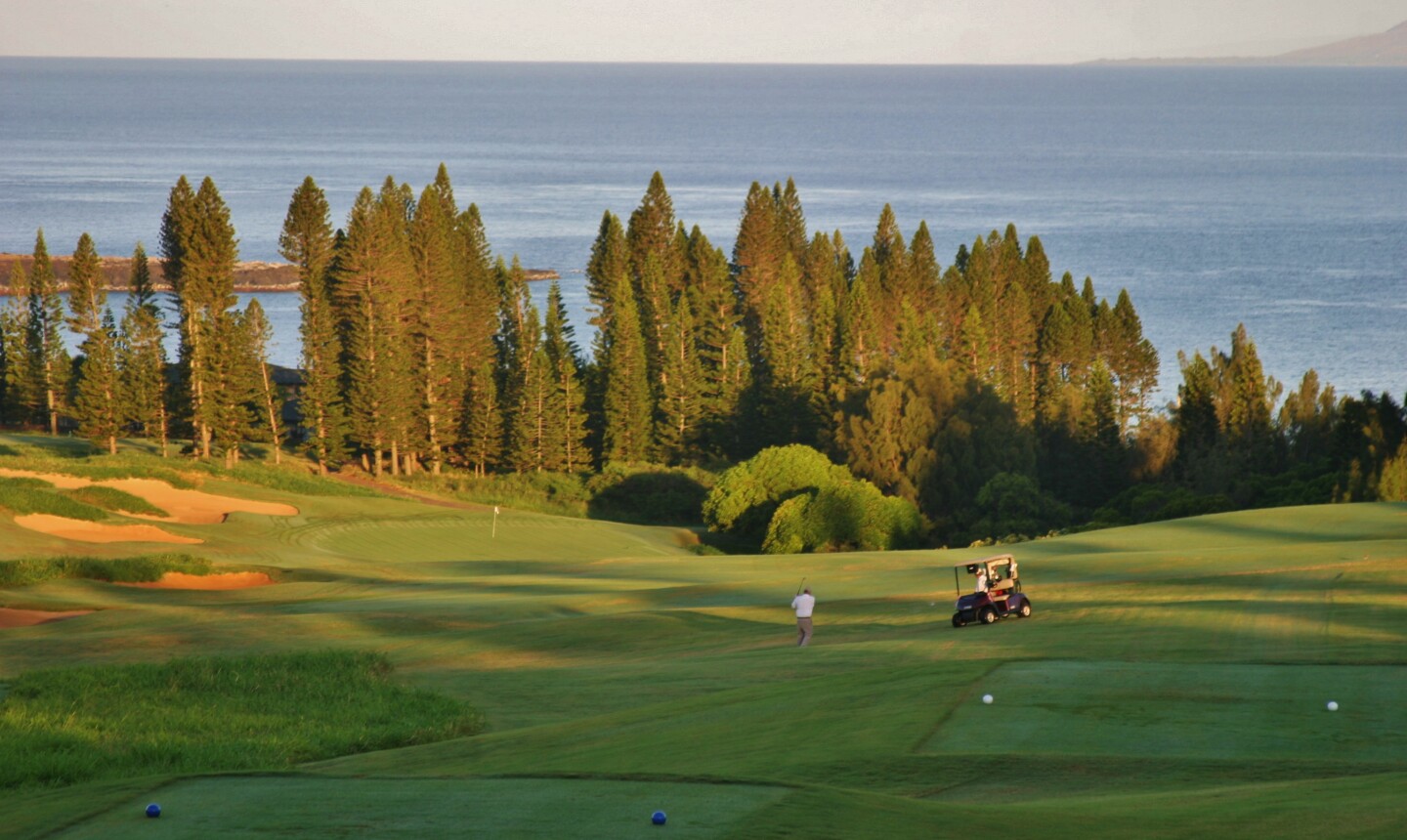 The Plantation Course at Kapalua Resort roams up and down the hills of Maui. Jason Scott Deegan/Golf Advisor

The wraparound schedule of the PGA Tour, which started in October and concludes next September with the Tour Championship, features 51 tournaments (not including the Presidents Cup).

More than half of those events (27) are played on public or resort golf courses accessible to all. We decided to compare and contrast the different experiences at those places. Here's what we found:

Longest: Erin Hills, which will host its first U.S. Open in June, can stretch to a whopping 7,800 yards, although it's likely the United States Golf Association will throttle back to a yardage closer to 7,500 yards.

Shortest: The lack of length has never been a problem at Pebble Beach Golf Links, which plays 6,828 yards from the tips. The heavy sea air, usually accompanied by a marine layer, keeps the ball from traveling too far.

Priciest: The first price increase at Pebble Beach in more than eight years -- from $495 to $525 -- has rankled more than a few people who believe the green fee is more a money-grab than a round of golf. The famed resort on California's Monterey Peninsula requires an overnight stay to book a tee time in advance, but you can still book 24 hours prior without one.

Cheapest: A quick search of GolfNow in late fall revealed tee times at TPC Deere Run in Illinois at $69. Only the Lake Course at Grand National on Alabama's Robert Trent Jones Golf Trail ($85 with cart, according to its Web site) comes remotely close to being such a bargain.

Oldest: Birkdale Golf Club in Southport, England, was formed in 1889 and moved to its current Birkdale Hills location, where an 18-hole course was constructed, in 1897. It wasn't until 1922, though, that the links course now known as Royal Birkdale was brought up to championship standards. The club will host its 10th Open Championship next summer.

Newest: The AT&T Oaks Course at TPC San Antonio, home of the Valero Texas Open in April, opened in 2010. Its Greg Norman design (assisted by Sergio Garcia) is very modern with wide fairways for long bombers lined by plenty of mounding, all leading to slick, canted greens.

Hilliest: The mountainous terrain of West Maui defines the Plantation Course at Kapalua Resort. The most famous elevation drop ends the day at no. 18, the go-for-it-in-two par 5 made famous by the Tiger Woods-Ernie Els duel more than a decade ago.

Flattest: Pete Dye shaped mounding and dug out some devilish pot bunkers to give TPC Louisiana outside New Orleans some charisma.

Prettiest: You can probably call Kapalua and Pebble Beach a tie. Both overlook the ocean in two of the scenic spots in America -- Maui and northern California.

Least Scenic: Most of the candidates here reside in Florida, where homes and flat terrain without ocean views are the norm. The Champion course at PGA National is well known as a fantastic test of golf, but you don't necessarily need a camera to play it.

Hardest: Count me among the legions of golfers who consider the Players Stadium Course at TPC Sawgrass among the hardest courses I've ever played. Dye's intimidation tactics scare amateurs into bad swings and costly mistakes.

Easiest: No tournament venue is easy, but the North Course at Silverado Resort and Spa in Napa, Calif., home of the Safeway Open, is incredible playable. There's really only water on one hole. The key to scoring is making putts on tricky-to-read greens.

Closest: Hosting The Players Championship at TPC Sawgrass in Ponte Vedra Beach, Fla., is like throwing a big backyard barbecue for the PGA Tour.

Farthest: The Tour brass travels farthest for the CIMB Classic at the TPC Kuala Lumpur in Malaysia, held in October.

Northernmost: Royal Birkdale wins this geographical contest. It's closer to the Arctic Circle than Glen Abbey Golf Club, the Canadian Open site outside of Toronto.

The TPC Stadium Course I have played 3 times. In the 90’s First time $100, 2nd $125 and the last $175. I’ve played Pebble for $375 and Plantation in Maui’s twilight for $90 and was real bargain second most scenic course I feel in the US
most scenic the Kiel Course in Kauai Nicklaus Signature Front plays thru tropical Rain Forest / jungle the back plays on cliffs of pacific Twi-rate was $75 amazing. Not sure how TPC Stadium can justify the jump from $100 to over
$500. Don’t get me wrong it is one my all time favorites so many memorable holes. Especially the back 9; but the price tag is out of sight. Just wish they offered special summer rates twilight or senior rates at around $250 I almost could justify that! $500 is obscene. Best course for money is Wolf Creek at Paradise Canyon. Mesquite, NV you have to book a tee-time no walk ones. Last time I played $125 after 1:00PM. 15 of 18 holes are signature holes. Waterfalls abound, elevation changes. Grass is so green with the back drop of orange sand canyons is amazing. Not a blade of grass is out of place. 70 Minutes’s north of Vegas. Best deal in the country is Belterra at a casino half between Cincy and Louisville in Indiana. This Fazio designed course is replica of Shadow Creek in Vegas. No two holes border another each whole gives complete isolation. They stagger tee-times enough you never see another 4some the entire round. The course is immaculate/pristine. The kicker is on Golf now after 3 the price is under $50

There are 3 rounds played at the Shore Course at Monterey Peninsula CC during the AT&T Pro-Am, not 1 round.

Sorry I wasn't clear. I meant one round per player.

Tim Gavrich
Senior Writer
Now Reading
Tournament tested: A comparison of the public golf courses that host the PGA Tour
Search Near Me