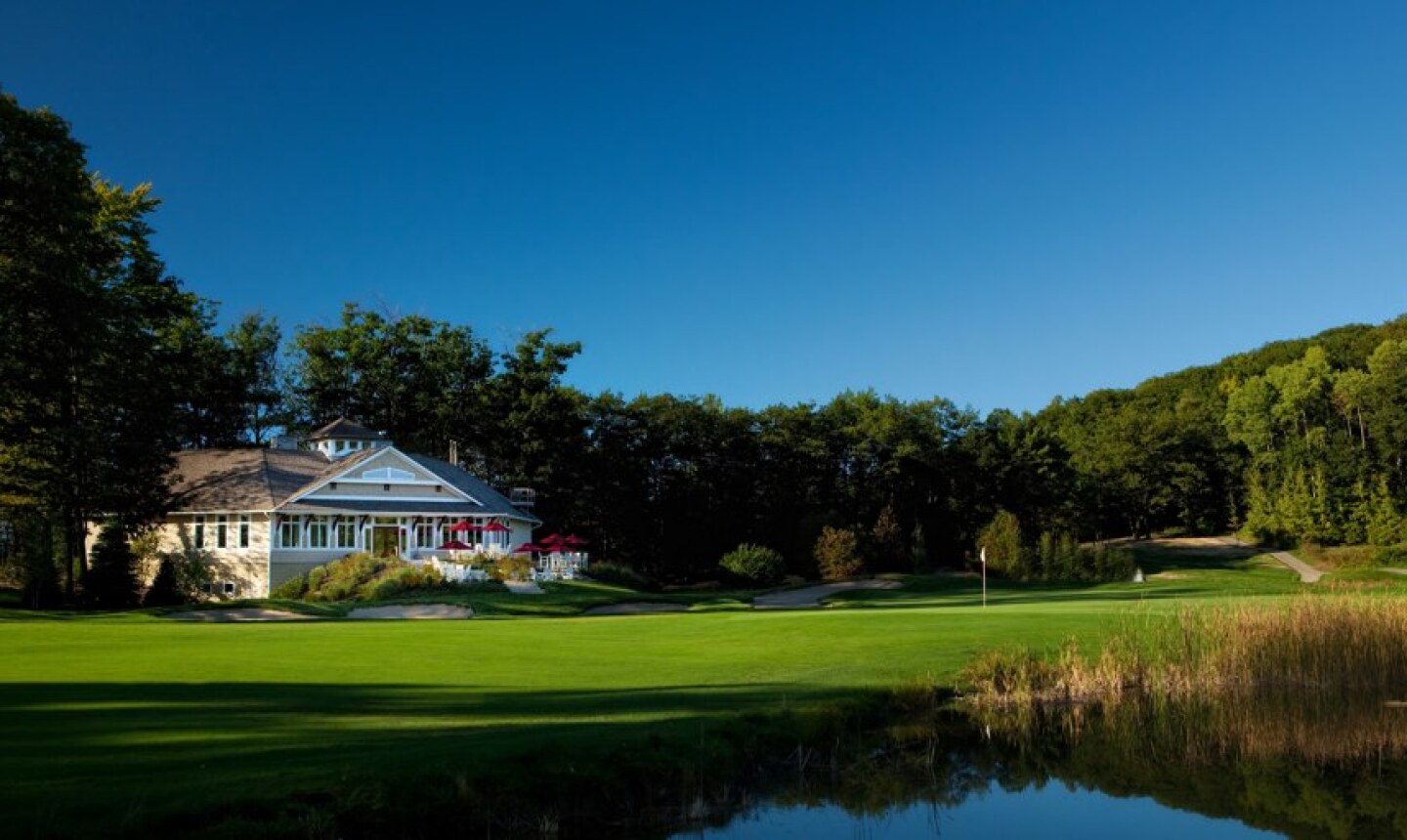 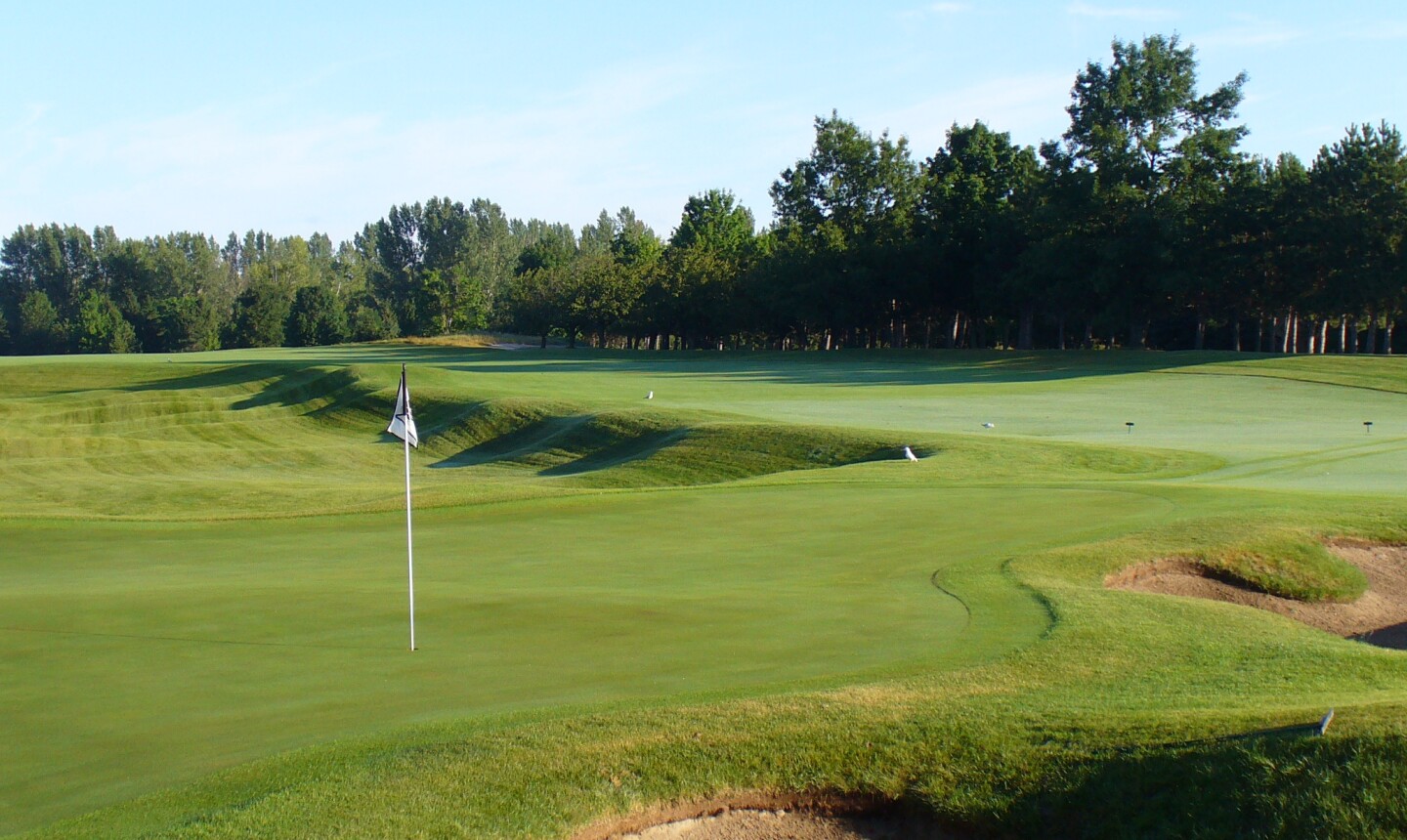 The par-4 second hole on The Bear Course at Grand Traverse has one of many fairways with "ledges" along the edge of it. Kiel Christianson/Golf Advisor 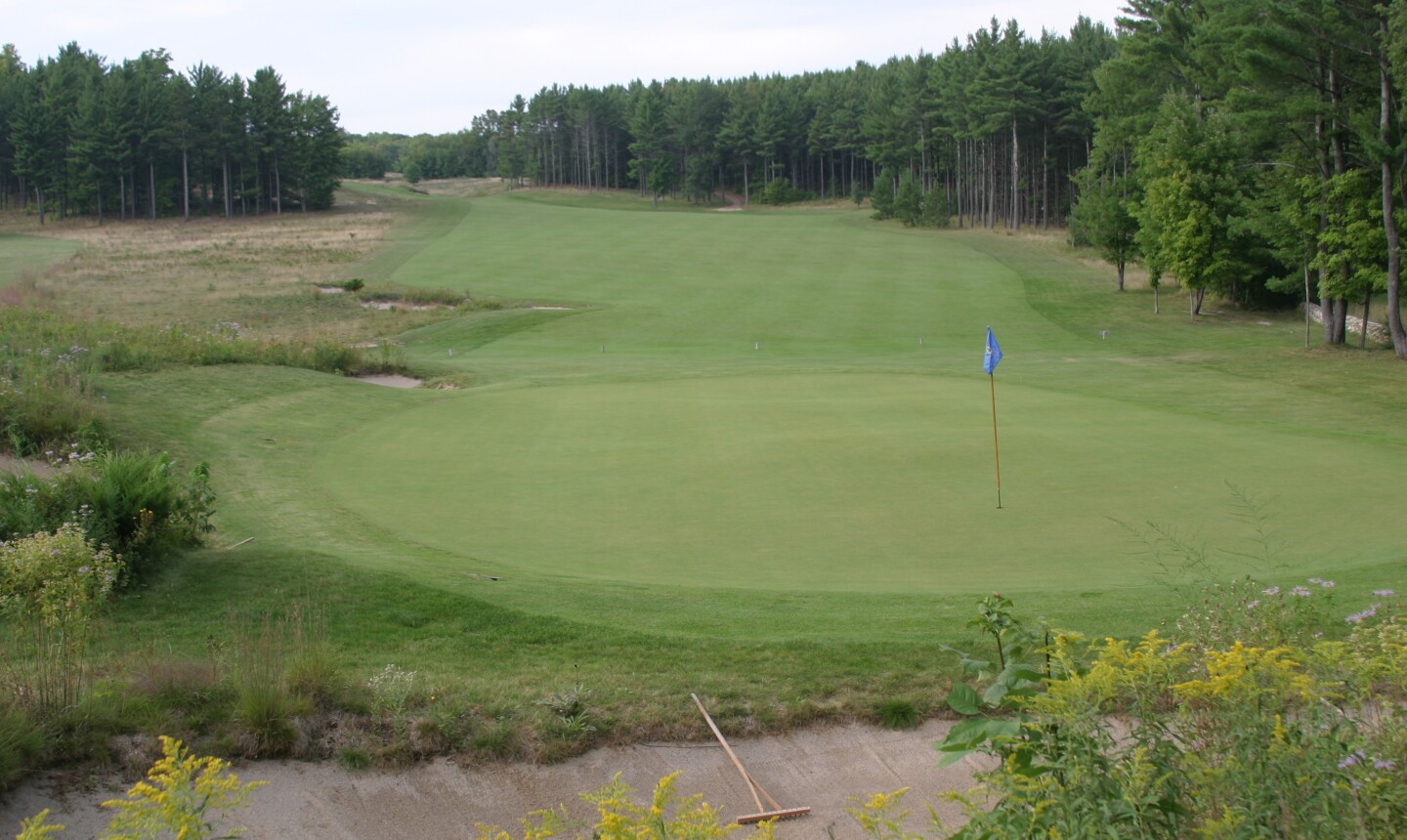 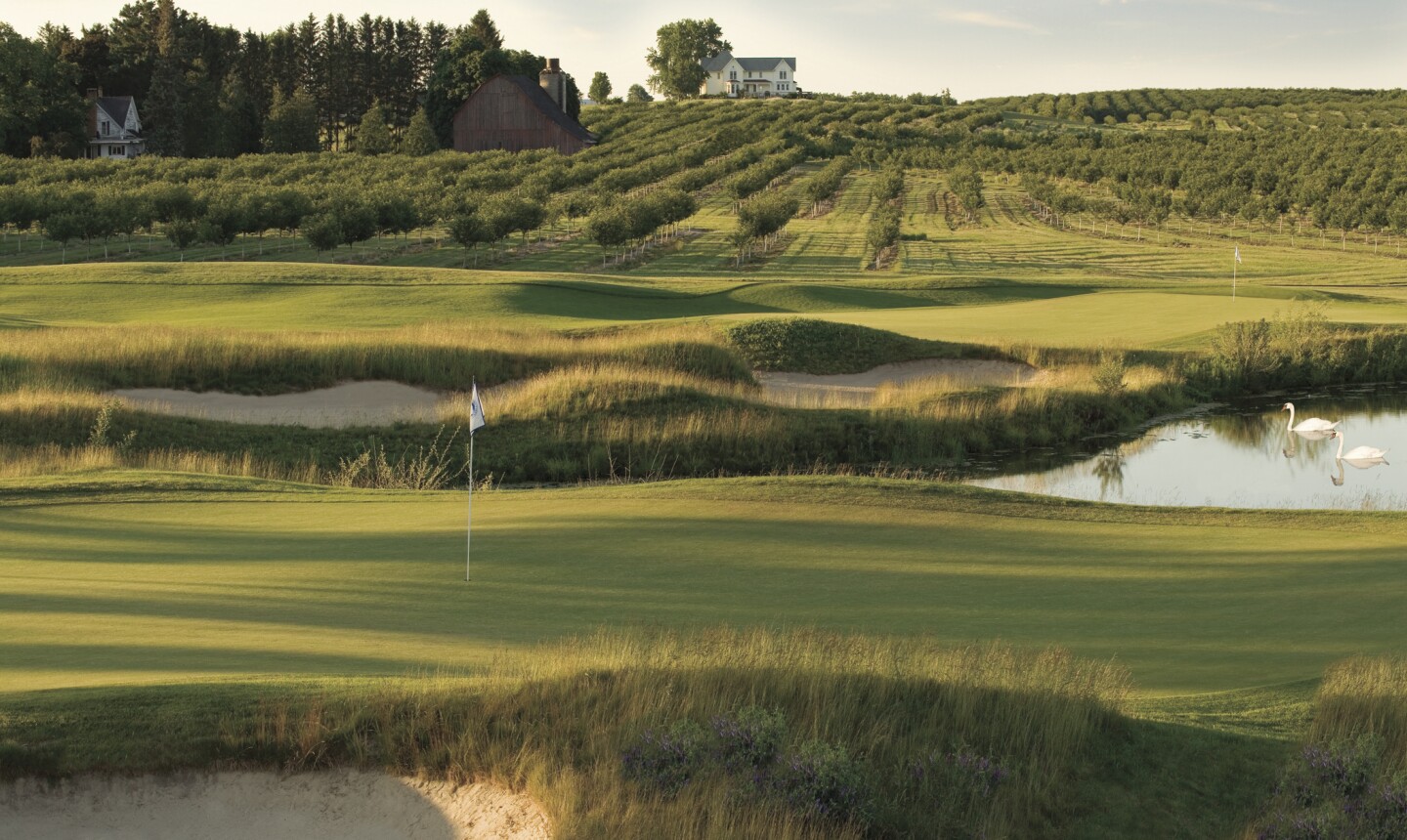 Over the past decade, Traverse City has separated from the pack as northern Michigan's most trendy, tourist-friendly city.

The waterfront towns of Petoskey, Harbor Springs and Charlevoix are nice, although none can match Traverse City's diverse collection of restaurants, bars, downtown shops, beaches, festivals, art scene, wineries (a half-hour's drive to the Leelanau Peninsula), golf courses and a casino.

Golfers have plenty of choices. An oversupply of courses brought about some casualties during the recession. High Pointe Golf Club, Tom Doak's first design, closed for good in 2009, and LochenHeath Golf Club and the King's Challenge (now called Manitou Passage) shut down for extended periods of time as well. A slow but steady rebound has the local golf scene looking up.

Here are the five best places to play golf in the Traverse City area:

The Bear Course at Grand Traverse, designed by Jack Nicklaus in 1985, can be a menace for golfers who spray it off the tee. Wisely, management softened this long-time former venue of the Michigan Open over the years to make it more enjoyable for all.

Playing from fairway bunkers and mounds carpeted in shaggy rough defeat any hope of a good shot to equally demanding greens. Players who make cautious moves can shoot a solid score, though.

This revived Arnold Palmer design, operated as an amenity of The Homestead in nearby Glen Arbor, has come a long way since a rebirth in 2009. The cosmetic changes to the clubhouse and par-71, 6,724-yard course create a wonderfully serene atmosphere for golf.

The highlights are Manitou Passage Golf Club's three par 5s, including the demanding eighth hole that tumbles downhill like a ski slope. The view from its elevated tee box inspired the course's new name.

Mike DeVries, an Alister MacKenzie disciple, routed a firm-and-fast ride through rolling hills. The greens can be downright frightening and fast in the heat of summer.

The Wolverine at the Grand Traverse Resort & Spa, Acme

Some of the best holes on the property zigzag through the wetlands of the front nine. The back nine skirts a vineyard.

LochenHeath Golf Club appears to have shaken its checkered past. Original architect Steve Smyers returned in 2004, three years after it opened, to tweak the routing, attempting to make it more playable.

After a failed attempt as a private club, the 7,239-yard course closed from 2009-2011. A first-class presentation these days has revived interest, however.

Carved from an old cherry orchard, LochenHeath mixes an open meadow feel with traditional northern woods. Unique bunkering spices up its visual appeal. Glimpses of Grand Traverse Bay come from the drivable, par-4 sixth hole and the deck of the remodeled clubhouse. 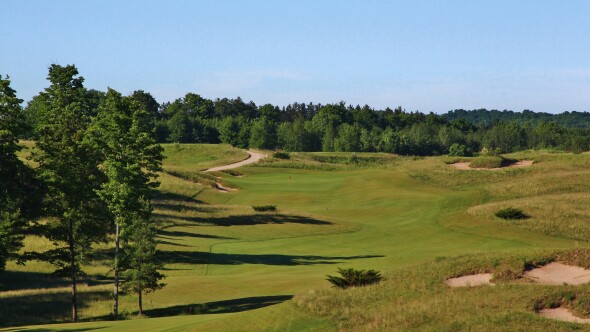 Galleries
Be a member for a day at the Kingsley Club in N. Michigan
The private Kingsley Club, located 20 minutes south of Traverse City, is the second-best private golf club in northern Michigan. Jason Scott Deegan tells how -- and why -- to play it.
9 Images 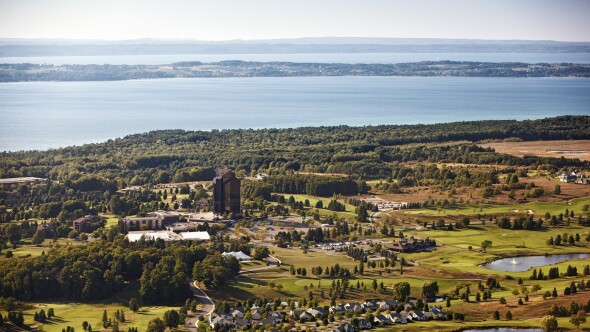 Articles
Summer golf in N. Michigan: The 10 best resorts
It isn't until you've narrowed down your next summer golf trip to the destination of northern Michigan that the real decisions begin. Here are 10 of the best options for northern Michigan golf resorts and what sets each apart.
6 Min Read