Trip Dispatch: An adventure of golf, boating and fishing in Brainerd, Minnesota 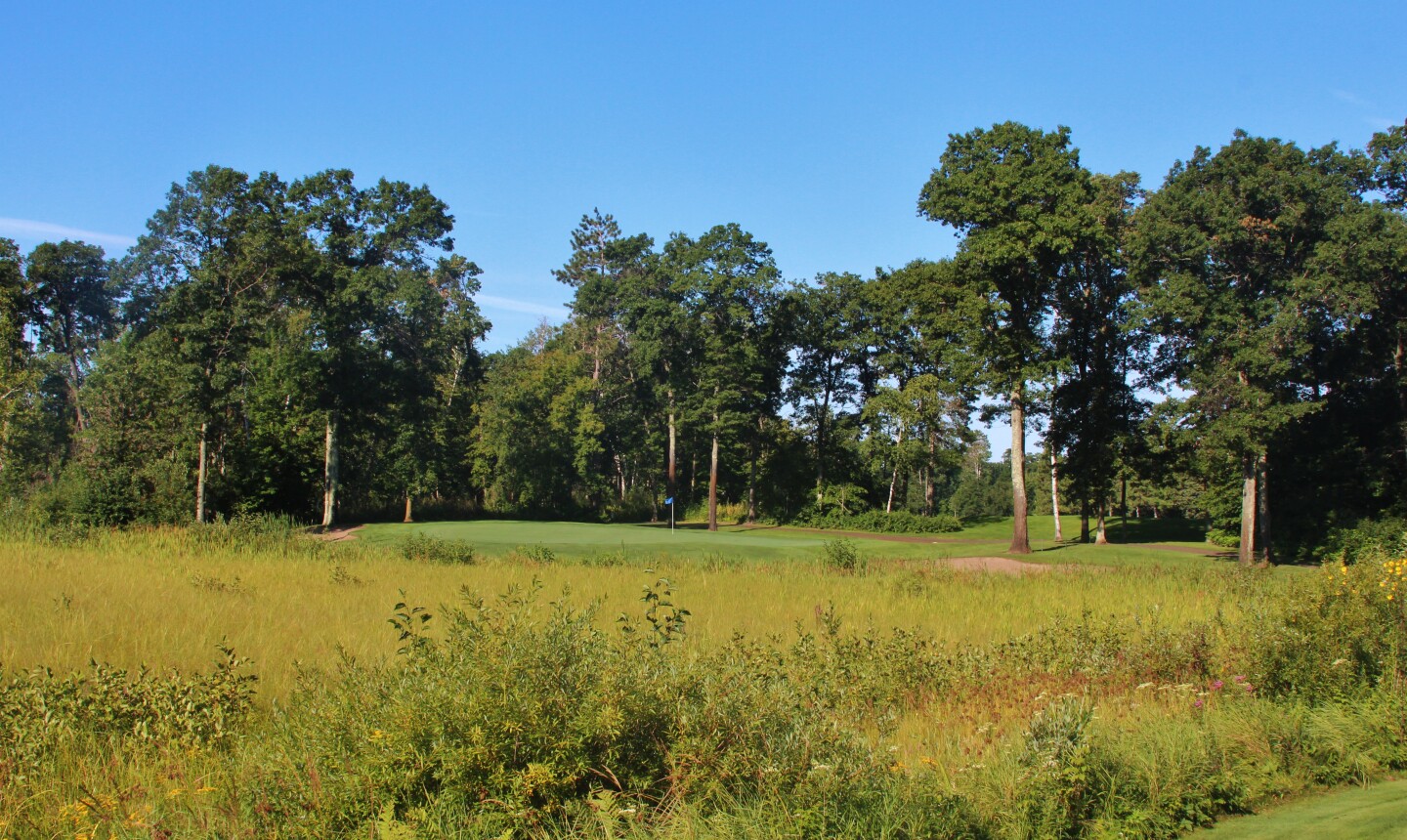 No. 6 on the Dutch Legacy course at Cragun's Resort. Jason Scott Deegan/Golf Advisor No. 16 and its bridge at The Classic at Madden's. Jason Scott Deegan/Golf Advisor 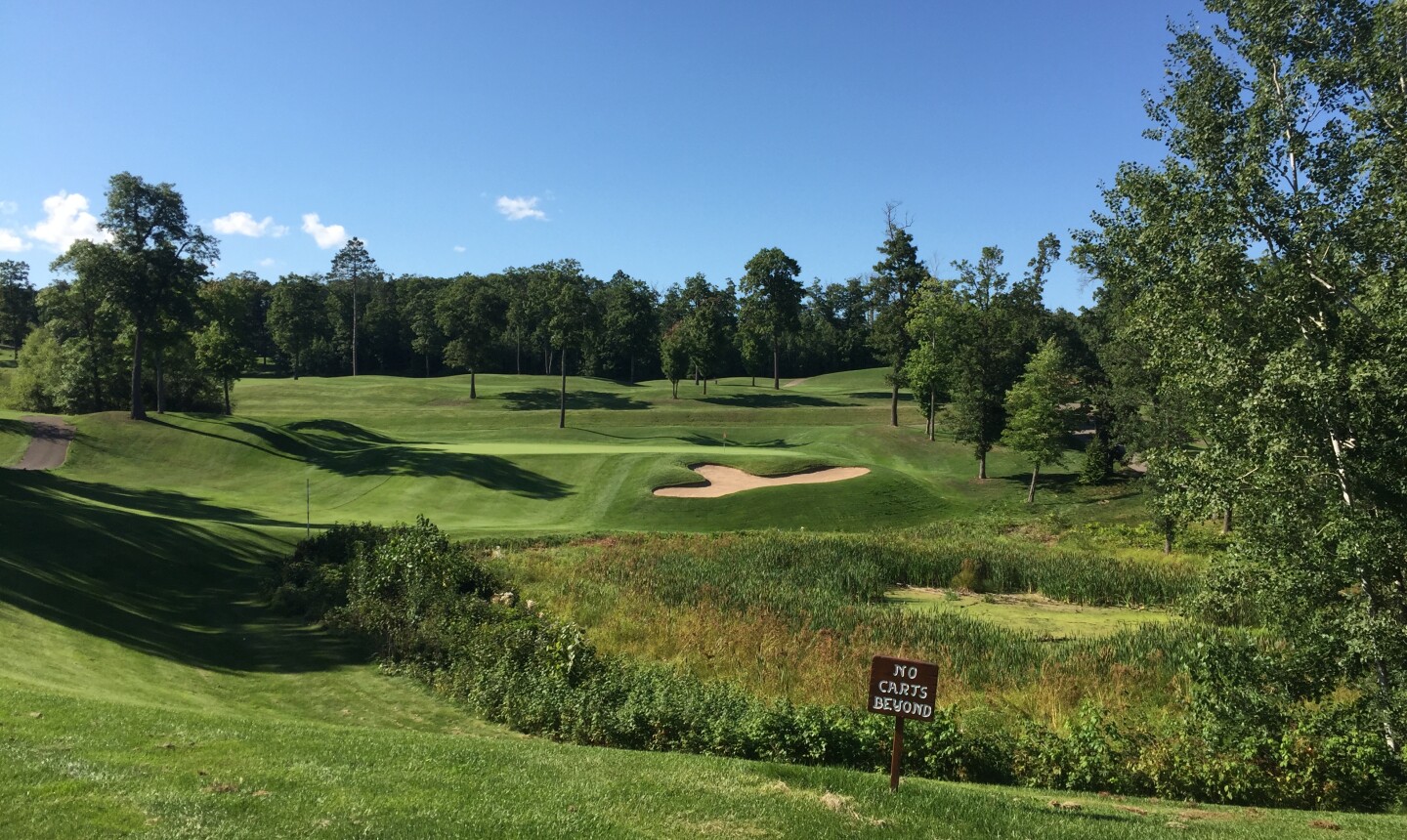 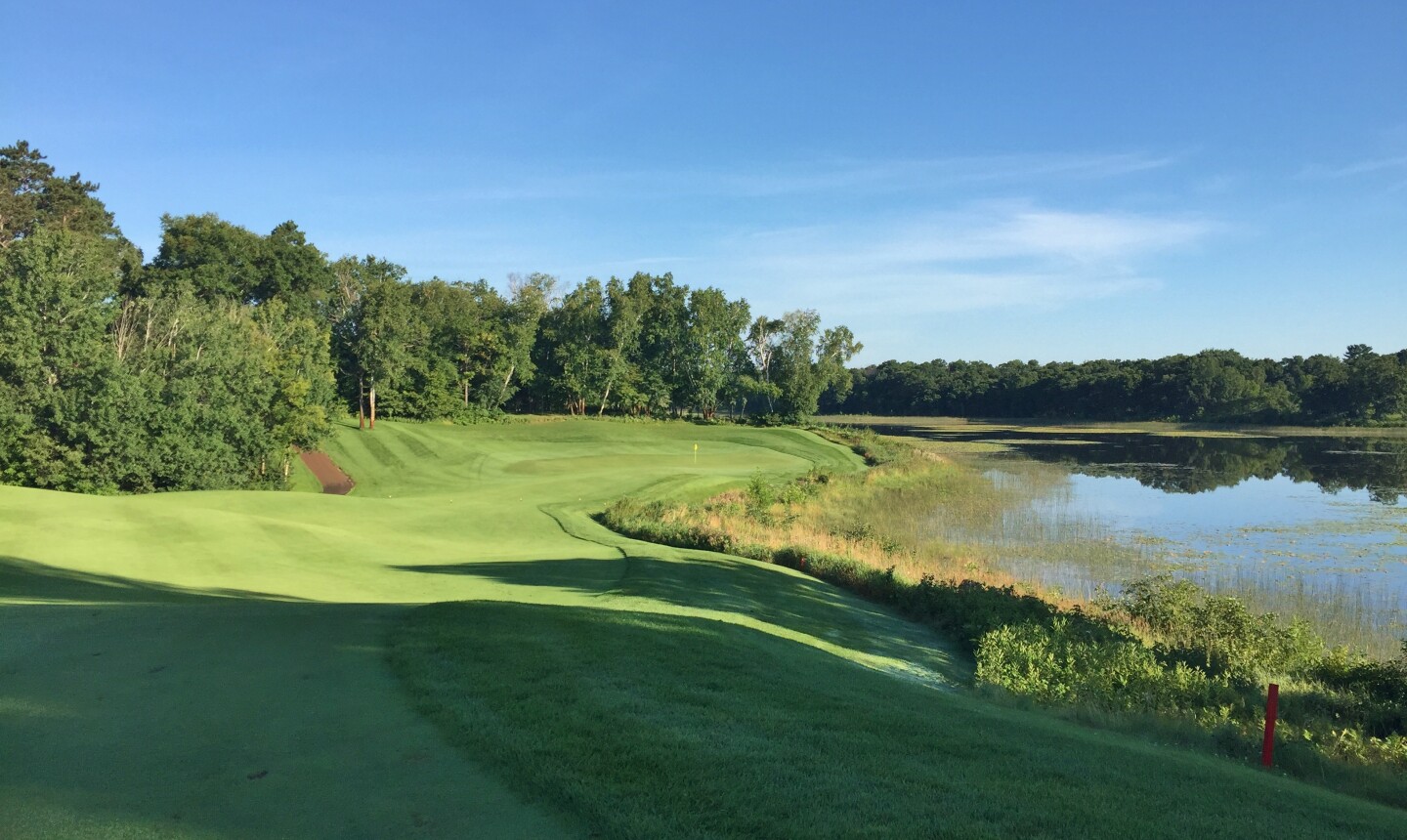 I've played its best courses - The Classic at Madden's and Deacon's Lodge - multiple times, and teed it up on the region's other top tracks at least once. Their collective mite and beauty can hang toe to toe (tee to tee?) with any of the Midwest's top golf destinations not named Kohler.

I've got great memories of Paul Bunyan Land, a small state-fair-like amusement park. I visited once as a child and the second time, a generation later, when my children were young. When the 26-foot-tall statue of Paul Bunyan began talking to my 4-year-old daughter, she was so taken aback, she began to cry. I wish I had it on video.

And I've seen the movie Fargo at least two dozen times. Do I love Minnesooootah? You betcha (spoken with that awesome accent, of course).

Despite my passion, I know very little about the Brainerd's best golf resorts themselves - Madden's On Gull Lake and Cragun's Hotel & Resort, both in Brainerd; Grand View Lodge Golf Resort & Spa in Nisswa, and the Breezy Point Resort in Pequot Lakes. Combined, these resorts offer nearly 200 holes of golf for all ages and skill levels. Sadly, I haven't set foot on any of them beyond the pro shop. I'd love to stay sometime to experience how they spoil guests with service, food and spas.

When I come to town, I party and crash at "Bergy Bay," a "resort" you won't find on Trip Advisor. That's what my aunt and uncle call their "cottage" on Gull Lake. This beautiful home sleeps at least a dozen comfortably, so my family has adopted it as our own personal resort. We ride their pontoon boat to Ernie's on Gull Lake for dinner (a must-do even if you drive there), catch fish by the dozens off their dock, take the kids tubing, cook S'mores over the backyard fire, play pool upstairs and badminton by the shore. All this without a resort fee.

Someday I'll do my readers right and review the nearby resorts - they have great reputations - but this latest trip was all about family fun and reacquainting myself with the nearby golf courses. A vicious summer storm two years ago wiped out thousands of trees around Brainerd, forcing many of the local resorts to repair significant damage left behind. These days, things are mostly back to normal, delivering the lake life at its best.

I played rounds at a combination of courses that make a strong case as the best foursome in town. Here's a look at my week touring one of the Midwest's best golf destinations:

The courses of Brainerd follow the state's motto, "The Land of 10,000 Lakes", quite well. Water hazards lurk everywhere, almost like the golf in Florida.

The last time I visited Brainerd - eight years, a lifetime, ago - I took on Bobby's Legacy, one of two courses by Robert Trent Jones Jr. at Cragun's. I still remember my best shot of the day, a heroic drive that carried Legacy Lake. Exploring Dutch Legacy, named after resort founder, Dutch Cragun, this time, my round didn't produce any memorable epic shots. However, I enjoyed it more.

Bobby's Legacy might wow you with more scenic holes hugging the lake, especially the closing stretch from holes nos. 13-18. Dutch Legacy felt more playable, offering a bit more risk-reward strategy to the round. You have to think your way around the 6,879-yard layout. I'm a big fan of both routings. They aren't your everyday par 72s. Dutch Legacy sports five par 5s and five par 3s, a great combination for scoring. Bobby's is a rare par 73 (five par 5s again).

Having two layouts so similar in architectural style, price and experience probably hurts Cragun's when it comes to debating Brainerd's best. They're almost interchangeable. However, if we're talking the best 36-hole day around, there's no competition.

My stepfather and 9-year-old nephew, who is new to golf, got a charge out of playing the resort's reversible nine-hole course forward and backward on back-to-back days. It was built in 2000, years before reversible became a craze with The Loop in northern Michigan and The Retreat & Links at Silvies Valley Ranch in Oregon.

Spoiled at The Classic at Maddens

One of those felled trees used to sit in the middle of the fairway on the Classic at Maddens. Replacing the daunting trunk is a much smaller sapling. I'm okay with that. The Classic plays plenty tough enough without another obstacle.

It's amazing that such a great course, another five par 5s/five par 3s combo, was created by a rookie design who never built another course. That Course Superintendent Scott Hoffman designed a Top 100-caliber course is quite the feat. If I had to nitpick, I'd point out a few minor flaws - a wetland carry so tough that a tiny secondary green had to be added on no. 5 for certain players (women/juniors/beginners) and the too-long 634-yard par-5 13th hole. Lots of other holes look special and play that way: No. 1, No. 3 (stay left!), No. 7 (think Augusta National with its bunkering), No. 11 and No. 16 (decorated by its beautiful covered bridge).

My foursome took a forecaddie, another amenity that sets Maddens apart. Truth be told, we should have walked with regular caddies, another bonus point for the routing and something you can't do on most other clubs in the area. My aunt and uncle swear by the food at the clubhouse grill, too. Add another item on my to-do list for next time.

I'd never heard of the Golden Eagle Golf Club until a golf writer friend recommended it. What a find in Fifty Lakes.

The healthy 50-minute drive is definitely worth it. Former PGA TOUR player Mike Morley, the main architect, teamed with Bruce McIntosh, a former Olympic and NHL hockey player in the 1970s, to open Golden Eagle in 2001. They transformed 210 acres of a private preserve into a 6,745-yard course with 110 feet of elevation change. If you looked up 'hidden gem' in any Minnesota golf magazine, chances are there's a picture of Golden Eagle.

A new owner - SVN/Northco Golf and Resort - has flip-flopped the nines, although I'm not sure it's the wisest decision. The round starts with an intimidating 170-yard shot over a deep wetland. I wasn't ready for the challenge after skipping the range and dropped one into the abyss. No matter. Teeing off at twilight introduced an electric golden hour at Golden Eagle. Shadows from the towering trees danced in the soft light.

The routing is, yet again, stocked with five par 3s and five par 5s. A couple of the par 5s are tricky doglegs left, so playing a second round would help anybody looking for birdie on those holes. All the par 3s are great, playing downhill, even if three of them require the same club. The only flat spots on the course are the tees. Constant side-hill and downhill lies on the fairways make the course more difficult than it first appears.

The best par 4s come in succession on the back nine: The short but difficult uphill 296-yard 15th and stunning downhill 412-yard 16th. When you factor in the price, this might be the best bang for your buck around Brainerd.

I planned my grand finale on purpose. Deacon's Lodge has always been one of my favorite Arnold Palmer courses. It has only gotten better since being purchased by nearby Breezy Point Resort in recent years. A pleasant surprised greeted me during my 45-minute ride to the course in the early morning gloom. First, I passed a billboard touting Deacon's Lodge as the second-best Palmer course in the world. Then I heard a radio commercial saying the same thing. Turns out, the resort built an entire ad campaign around a story detailing my favorite Palmer courses in the world. This might be the first time anybody thought of me as an expert at anything.

Between the log-cabin clubhouse and a routing skirting the Shaffer, Lynch and Douglas lakes, Deacon's Lodge delivers a Top 100 experience. My group was the first off on a beautiful Saturday morning, so I could catch a flight home later that evening. We watched a maintenance man roll the dew off of the putting green, not realizing what we were getting into. The greens were the fastest I've seen all year.

Knowing how many lakes and wetlands are in play, my merry band of hackers teed it forward. Yours should, too. The slope from the blues is a harrowing 142. For example, even from the white tees on No. 7, the no. 1 handicap, none of us cleared the 200-yard carry on the hero line to the green.

We lost more than a few balls. Nobody complained. In winter, Brainerd might be as cold and depressing as the movie Fargo depicts. Playing golf on a perfect summer day? It's just about heaven.