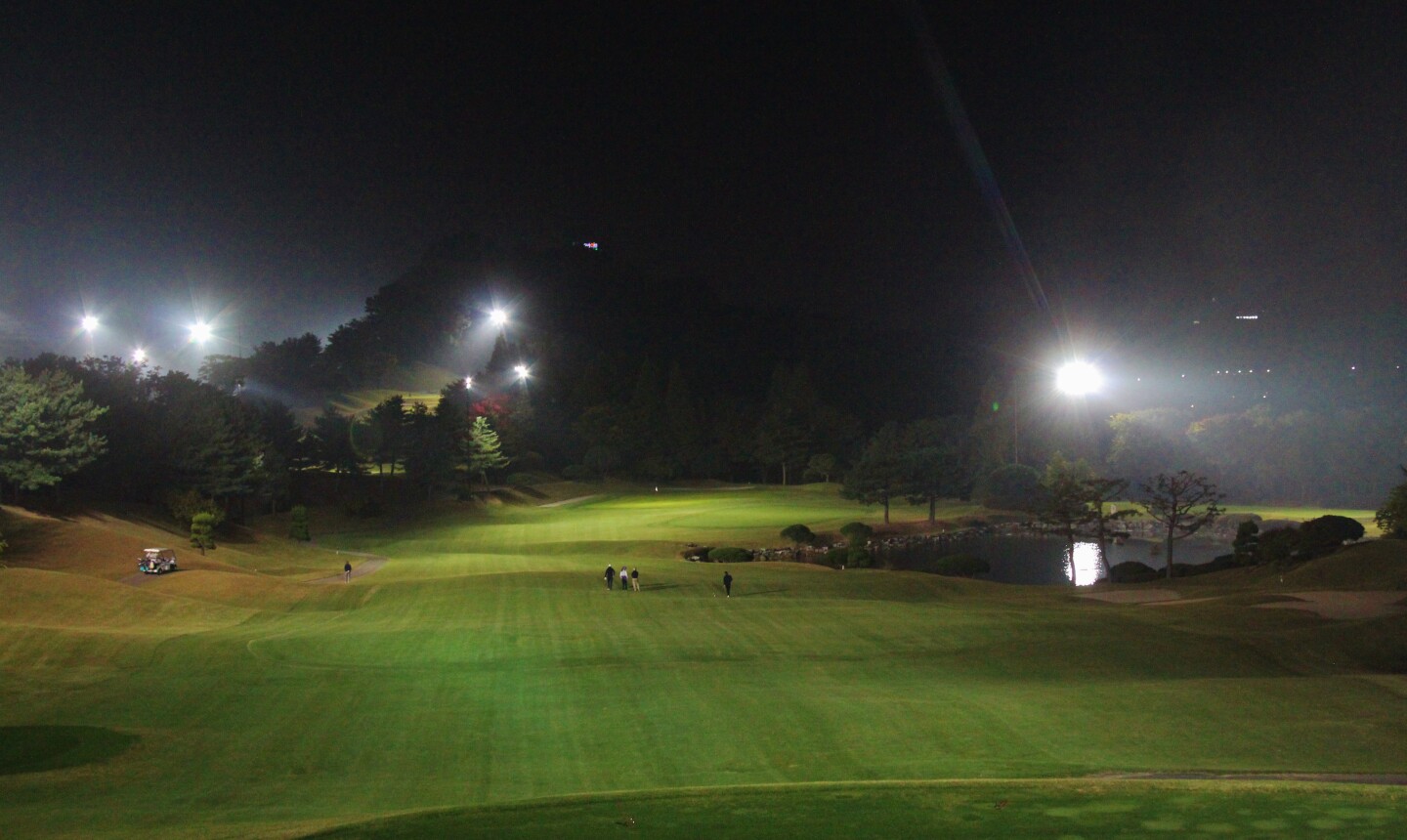 The first hole on the North golf course at Taekwang Country Club looks good in daylight and maybe even better after dark. Jason Scott Deegan/Golf Advisor 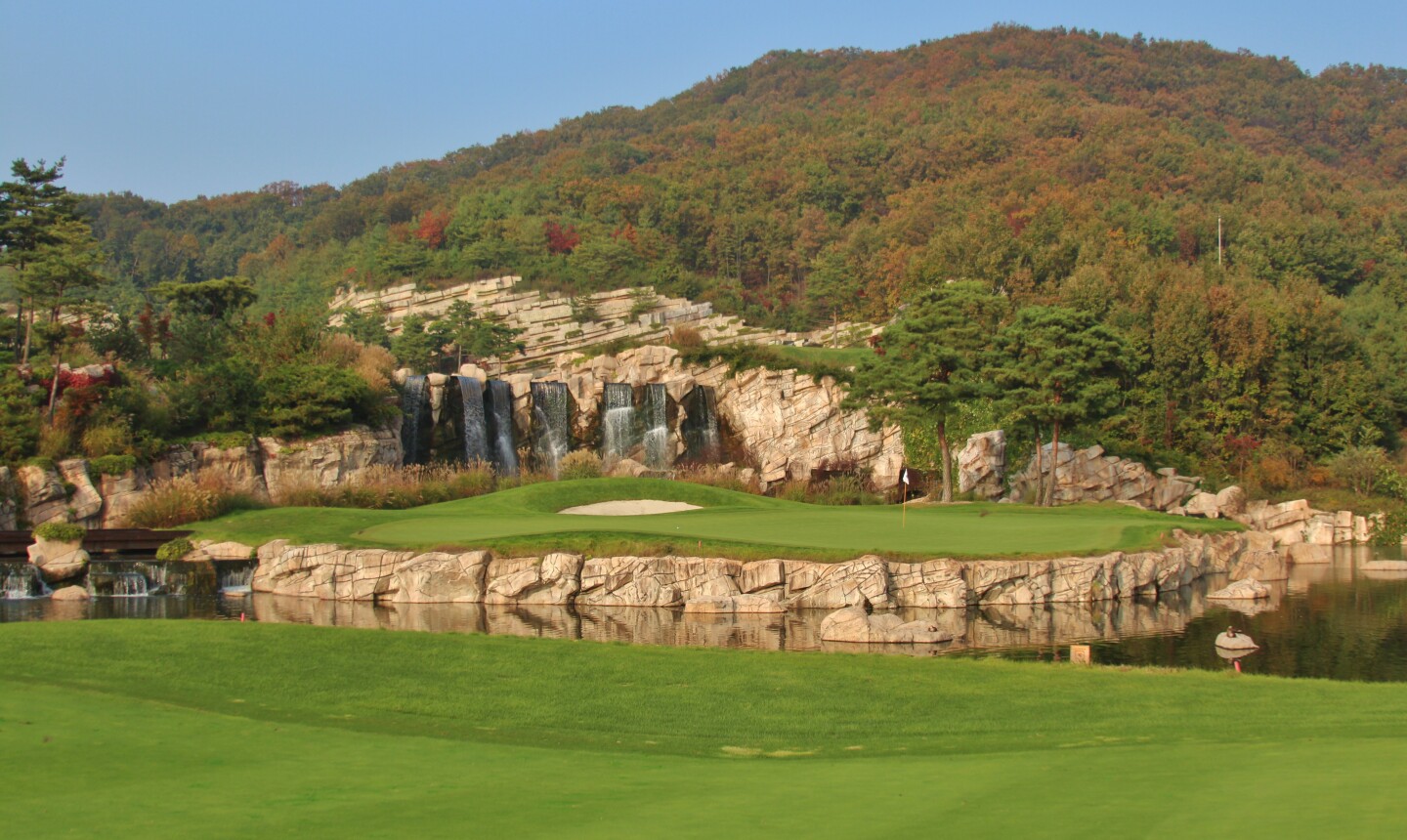 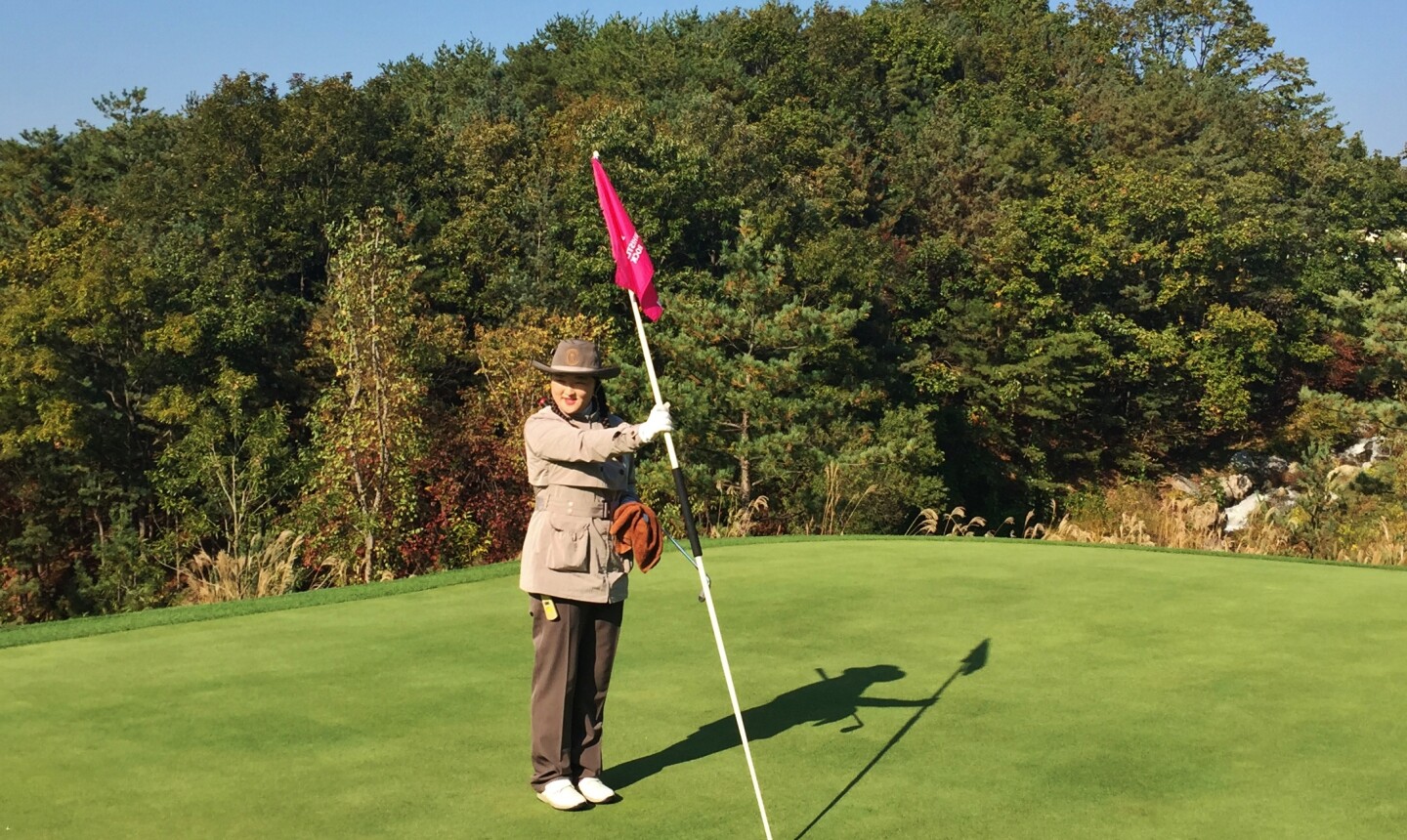 SOUTH KOREA -- I experienced it all on my first golf trip to Asia.

I dove into South Korean culture -- I ate Kimchi (too spicy). I danced Gangnam Style (no "sexy lady" came running). I briefly attended a worship service at a Buddhist temple (and was almost thrown out). I met an LPGA Tour pro, Jang Ha-na, a three-time winner on Tour in 2016 (what a swing). I dined in the "Beverly Hills" of Seoul, a neighborhood near the Presidential residence called the "Blue House" (fancy!).

But the one thing I did not expect to do -- playing such a thoroughly stunning golf course -- became the highlight of it all. Most American golfers have never heard of the Whistling Rock Country Club. That needs to change.

I've played many so-called World Top 100 courses -- 31 on Golf Digest's 2016 list and 36 on Golf Magazine's 2015 list -- and I have no problem counting Whistling Rock among the premier golf experiences I've found in my travels. That includes 800-plus courses in roughly 20 countries. Extra amenities I had never seen before -- female caddies, driverless golf carts and tea houses -- catapulted Whistling Rock over the top. Here's a glimpse from my six days in Seoul:

Seoul: A city with soul

Seoul, the fifth-largest metropolis in the world, mixes the modern and traditional. Traffic jams were a constant headache, so I stayed within walking distance of the InterContinental Seoul Coex whenever possible. Underneath the hotel is the COEX Mall, the largest underground shopping center in Asia. Just around the corner is a tribute statue where you can hit a button to watch the video "Gangnam Style," the 2012 hit song by Psy. With 2.6 billion views and counting, it's the most ever played on YouTube.

Across the street is the Bongeunsa Temple, which was constructed in the 10th year of Silla King Weongseong's reign in 794. I visited one morning as a handful of services began in the temples.

I wasn't the only curious tourist. A couple snapped dozens of pictures near a towering outdoor statue of Buddha. I tried not to disturb the ceremonies or the monks walking the grounds, but I couldn't resist leaving my shoes at the door and stepping inside the largest temple for a quick video.

The wonders of Whistling Rock

Millions of dollars were spent blasting the 27-hole Ted Robinson, Jr. design from mountainous terrain and building the sprawling clubhouse in Chuncheon, located an hour-plus drive east of Seoul. Robinson artfully merged a scenic landscape with an elaborate chain of water features that flow through all 27 holes, named the Cloud, Temple and Cocoon nines.

A video posted by Jason Scott Deegan (@jasondeegangolfadvisor) on Nov 9, 2016 at 8:45am PST

Whistling Rock, completed in 2011, recently hired Erik Iverson of Tom Doak's Renaissance Design to refine the layout further. Iverson held true to Robinson's dynamite routing, concentrating most of his efforts on and around the greens. He reshaped a few to add pin placements and shaved down hard edges to make others more receptive.

All three nines have their own highlights -- the dizzying drop off of the elevated third tee and the walk across a swinging bridge over a gully to the ninth green on the Temple nine, the drivable sixth hole on the Cocoon nine and the journey through a tunnel to reach the five holes on the Cloud nine hidden on the other side of the mountain.

But as I mentioned earlier, it's the extras Americans never experience that set this experience apart -- the teahouses, the female caddies common in Asia and the futuristic driverless golf carts.

Each nine is named after a teahouse that players use to stock up on drinks and snacks. They essentially replace beverage carts. The Cloud teahouse floats high above the par-3 fourth hole, offering up panoramic views of the back side of the mountain. The Cocoon teahouse, my personal favorite, sits in a lovely setting adjacent to a pond. It's almost criminal that golfers don't stop for a half hour to meditate. The Temple teahouse provides relief after an uphill climb on the tough par-4 fourth hole.

The female caddies are enjoyable, but it was the driverless carts that are so cool. These five-person carts stay on the paths, keeping the course in pristine shape. The caddies run back and forth, gathering up clubs for their players and driving the carts forward by remote control. Golfers can walk as much, or as little, as they please. It's a fascinating system that I could see catching on at high-end American clubs.

Driverless golf carts! The future of golf is already real. I played 4 rounds with these remote control beauties in #SouthKorea pic.twitter.com/lIU31nhzm0

Both days, my group stopped to indulge in spicy goodness for lunch after nine holes, a custom not every group follows. After the rounds came elaborate dinner parties in the clubhouse. The final night was the perfect sendoff to forget about the 12-hour flight home the next day. A band of female K-Pop drummers rocked an outdoor stage. A deejay spun "Gangnam Style" just to remind us of where we were.

Three par 4s -- the long sixth, short 10th and the 16th holes -- finish at greens accented by manmade waterfalls. The dangerous par-4 ninth kicks off a grand stretch that ends with a stop at a tea house overlooking a pond before no. 14, a bunker-blasted par 3 over water.

The day starts and ends at another simply stunning 16,000-square-foot clubhouse. Three-story glass windows out back showcase the golf course, but it's the wooden pillars that weave into hexagonal shapes near the ceiling that draw all the attention.

Taekwang, a 36-hole semi-private club closer to downtown Seoul, is owned by the Taekwang Group that owns Whistling Rock. Golfers come day and night to practice at a lighted, four-tiered driving range or play 18 holes lighted for nightly rounds. Most of the holes have identical greens sitting side by side to handle all the traffic. I found Ha-na, the LPGA pro, hitting practice shots on the range under the watchful guidance of her father.

South Korea might seem like a world away to most golfers, especially Americans, but with so many South Korean ladies playing the LPGA Tour and the PGA Tour coming to South Korea in 2017, it's time for the rest of the world to start paying more attention to this little slice of golf heaven.