Golf's major governing bodies agree that it's time to act to stem the tide of increased "hitting distance." But how?

The days of regular 350-yard drives and 8,000-yard golf courses may be numbered.

"It is time to break the cycle of increasingly longer hitting distances and golf courses and to work to build a long-term future that reinforces golf’s essential challenge and enhances the viability of both existing courses and courses yet to be built," reads the report, a long-awaited written response to more than a century of documented increases in what it terms "hitting distances" in golf.

The report is the culmination of a two-year project meant to probe at solutions to a more than century-long trend whereby golfers have hit all clubs steadily longer distances. The goal: a "comprehensive understanding of the past, present and future impact of distance to support a sustainable future for golf."

Enough is (finally, at long last) enough. “[A]ny further significant increases in hitting distances at the highest level are undesirable," read a 2002 "Joint Statement of Principles" aimed at establishing the organizations' intent to investigate hitting distance increases. From 1995 to 2003, PGA Tour and European Tour average driving distances jumped by more than 20 yards. The years since have seen a further increase of almost 10 more yards. Today's surfeit of power hitters threatens to crowd out more tactical players, reducing the amount of thrilling shot-making fans can see during the biggest tournaments.

An opportunity unlike any other? The otherwise non-specific report provides one tantalizing glimpse of where the first major act against distance might happen. "We will assess the potential use of a Local Rule option that would specify use of clubs and/or balls intended to result in shorter hitting distances," it reads. This means that a specific event could require the use of less potent equipment.

One event that comes to mind: the Masters, where Augusta National Golf Club prides itself on both its prestige in golf and its unique tournament operations apparatus. There has long been wishful thinking that the Masters might introduce a reduced "tournament ball." This provision gives them cover to do exactly that with the blessing of golf's governing bodies.

Buzzwords (and lack thereof). One word that appears four times in some form in the Distance Insights Report: "sustainable." This word has two different, important meanings. First, the notion of golf having a sustainable future is clearly important to the governing bodies. This requires addressing dynamics, like increased distance, that threaten to make the game less of a joy to players.

The other, more specific context of "sustainability" has to do with environmental factors. Increased distance leads to golf courses with larger physical footprints, which require more chemicals and water. Conservation of water will be especially important in the coming years, so reducing the size of golf courses (via removing unnecessarily long tee boxes) will help golf stay relevant in an era where resource scarcity will only become more critical.

FInally, one word that does not appear anywhere in the report: "bifurcation," a long-speculated splitting-off of the rules for elite competitive golf relative to the more casual game. On a conference call, USGA Executive Director Mike Davis said, "We are steadfast in our belief that one set of rules is in the best interest of the game for everyone."

Architecture matters. Some form of the word "strategy" comes up seven times in the initial 15-page report, including in a statement that "The player needs to use his or her imagination and judgment in making constant strategic choices about which type of shot to play among many options that differ in style, difficulty and risk/reward potential," and that this is "part of golf's essential character."

Thus, the USGA acknowledges that part of the strain distance increases have placed on golf courses has to do with the way a player interacts with and overcomes a given hole's design in order to make a good score.

What the Distance Insights Report means for golfers

Because the USGA and R&A have not yet reached what they call the "solutions phase," precise impacts on everyday golfers have yet to become clear. But we can speculate on what it might mean.

Shorter shots, shorter tees? One seemingly inevitable action that will eventually come in the wake of the Distance Insights Report is that rules about the construction of the golf club and ball will change in a way that is meant to place limits on how far one can hit the other. 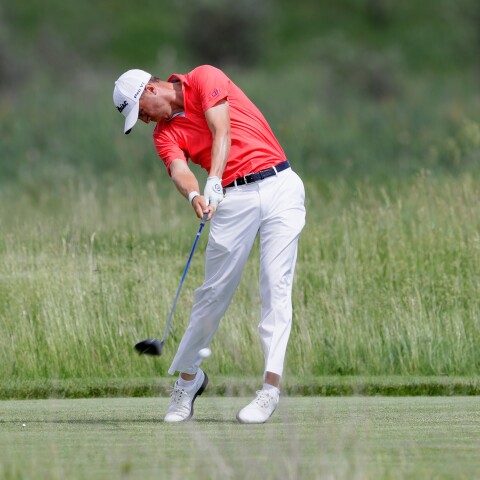 The term "rollback" applies: a PGA Tour player who drives the ball 300 yards today may well be hitting the ball 275 yards with the same swing once everything shakes out. And he might be doing it not just with a less springy golf ball, but with a smaller-headed driver, too. Again, this is pure speculation, as the USGA will be releasing specific research topics in mid-March, followed by a year-long feedback period.

At the recreational level, if golf's governing bodies hold true to their word and avoid bifurcation, our own equipment will experience some sort of power loss as well. But because equipment helps better players in a greater relative way than it does mid- and high-handicappers, any reductions in distance you see will pale in comparison to those the pros see. The biggest change I see amounts to a perhaps accelerated adoption of the USGA's "Play It Forward" mantra, which I support fully among recreational players.

Better pace and rates? One positive effect of a slight reduction in distance at the casual level: faster rounds. After all, it takes less time to hit a ball 5,700 cumulative yards than it does to hit it 6,200.

Compaction of golf courses will mean less money spent on maintenance, too. Hopefully, savings on that side of course operations can ultimately be passed along to players.

All in all, there's reason for some optimism in the wake of the release of the Distance Insights Report. Better now than never. To read the reports for yourself, click here.

How much distance would you be willing to give up for the good of the game of golf? Let us know in the comments below! 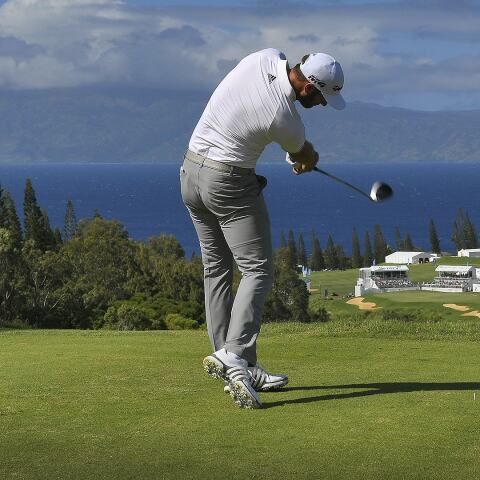 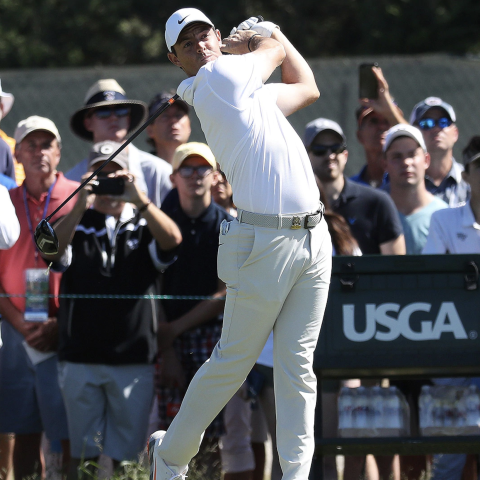 Diaz: Will the USGA/R&A's quest to curb distance lead to (dare we say) bifurcation? 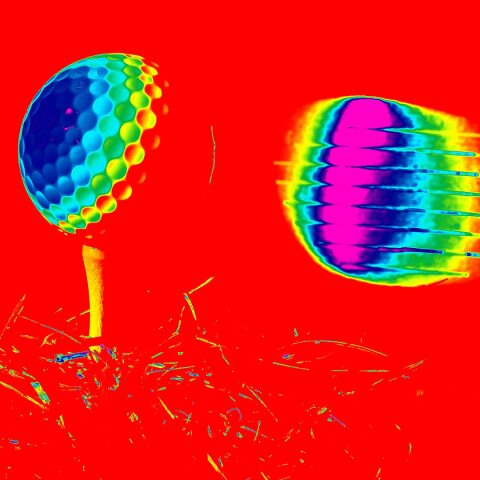 Technology has superseded golf course architecture. Physics or science if you will, has one out. Companies spend a fortune improving equipment. There is an end but has it been reached. Manufacturers want us to believe they make clubs and balls for the average player. We "duffers" could usually not afford the price of the shafts used by the pros. The head materials are the same. The balls are the same but improvements are not always made for the 90mph swings. Having the pros use short irons after their 325 to 350 yard drives has changed the game. Changing equipment is not the practical answer. Having different levels does not make sense. Making the courses longer is not economical nor practical. I would suggest narrowing fairways so that accuracy becomes more important than distance. No question that second shots are probably the most critical part of the game. Using 3 woods off the tee to gain more accuracy would help. Winning a tournament with -25 seems a bit ridiculous. We all enjoy watching a "bomb" sail away but the game could use a little help to keep spectators interested. I must admit these guys are getting better every year.

Thia whole distance thing is BS. If they want to Shrink the game they will do so if they make any changes. Why??? For the 1% of the top 1% of the world golfers? Any changes in equipment or balls will make all of the world golfers change what they know of their own games. Insane!! All of a sudden your feel for a shot visually will be wrong and we would have to re-learn??? All they are concerned about is the Pro game. Did baseball move the fences back because of more home runs?? When someone breaks the 9 second mark in the 100 meter dash will they extend it to 110 meters?? People are bigger and stronger. Is it a problem if the best get better?? No! If the pro game plays by different rules will that grow the game? NO!! By the way how about narrowing and softening the fairways and speed up the greens for tour events if they want to toughen it up for that week. How about not making every course play exact conditions every week. Why does every location have to have the same specs on bunkers and greens? In the 60's and 70's every week could be extremely different.

Not willing to give up ANY DISTANCE!!!!!!

I think a "classic" pro tour that limits equipment to that produced before metal woods and cavity back irons and having players pick balls from a bucket of found ones from public courses would be entertaining.
I know. It'll never happen. Equipment manufactures like Callaway and Ping who design clubs then want the rules changed to allow them rule the game.

The handicaps have only been lowered because the USGA changed the way handicaps are
calculated. My question is why would you want to limit the distance on handicap players?
I thought that speeding up the play would be much better than limiting the distance a golf
ball travels.

Reducing distance factors in equipment will push more recreational golfers from the sport. The league should tighten up the restrictions on further equipment distance enhancements. the easiest method to deal with the " long drives" is to establish a tournament minimum loft on the professional golfer clubs.

There is bifurcation in baseball, with the pro's using wooden bats, while everyone else, even to college level uses metal.

As a Senior, my problem is not with hitting it too far. Im not willing to sacrifice any distance even on todays golf courses, but then I dont buy the newest clubs every year either. At my level (mid teens handicap), its about being able to repeat the swing.

It makes common sense to limit the distance hit by the top golfers. The ball and the equipment have improved considerably and tournament courses have had to add yardage to keep up with the lengths hit. This cannot continue - for the Pro game, introduce the Pro-Ball in as much that the longest hitters can only cover 275 yards, i.e. a softer ball that carries less distance. Perhaps even introduce a similar new ball in the amateur game. You simply cannot keep pressure on courses to look for further land - added expense besides building more tees, changing hazard positions etc. I appreciate that will have to be a time gap but with definitive cut off date as thee was when the 1.62 moved to 1.68.