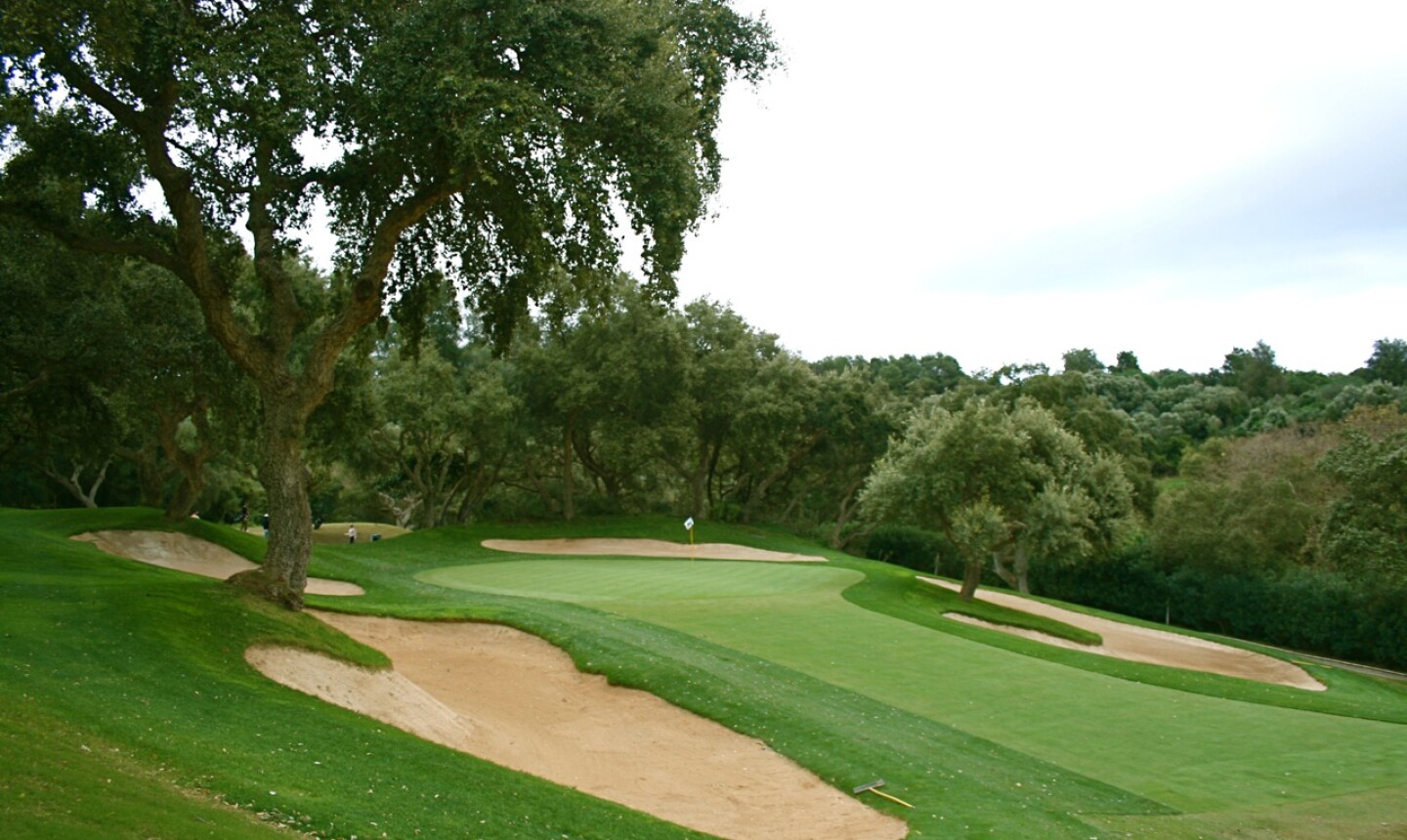 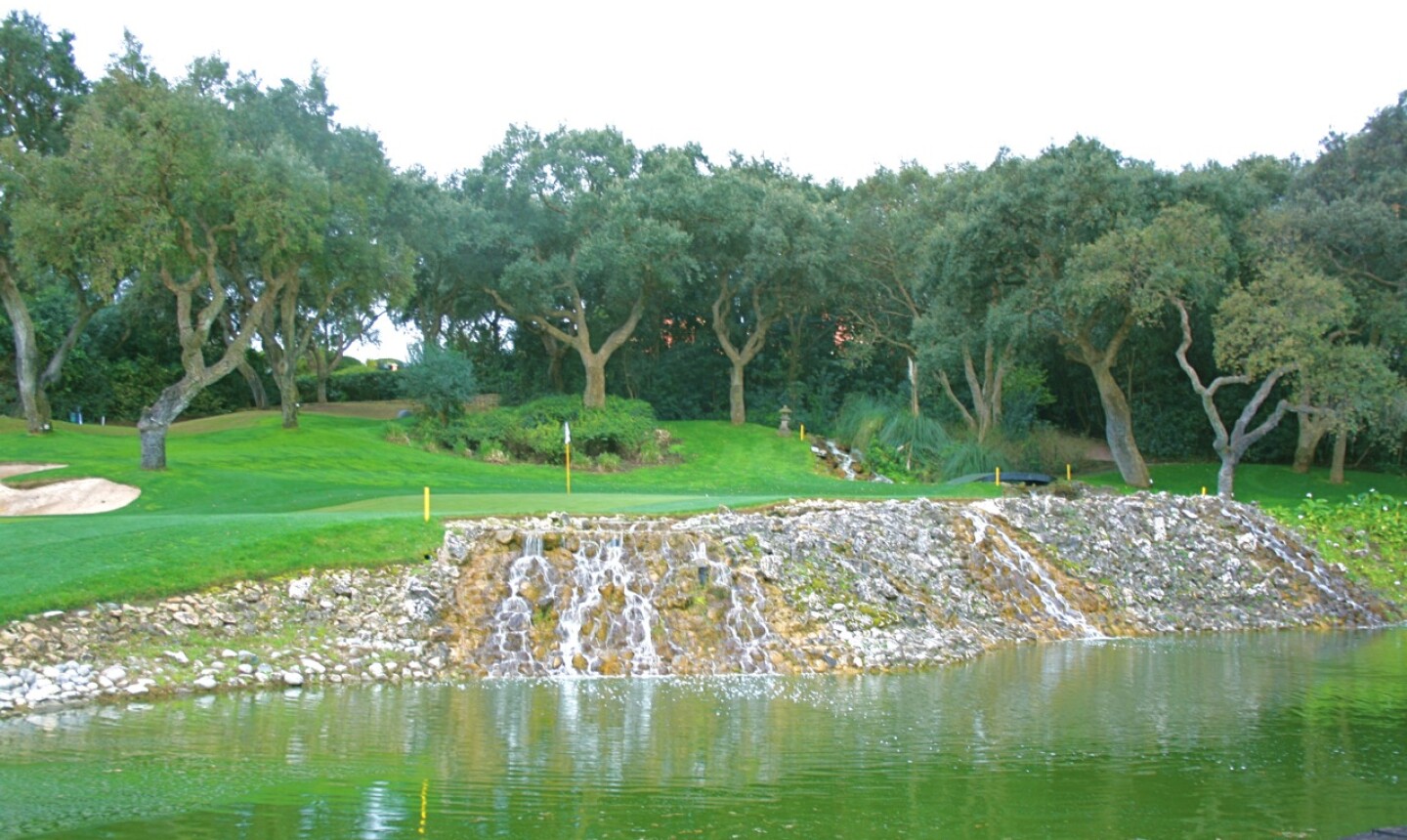 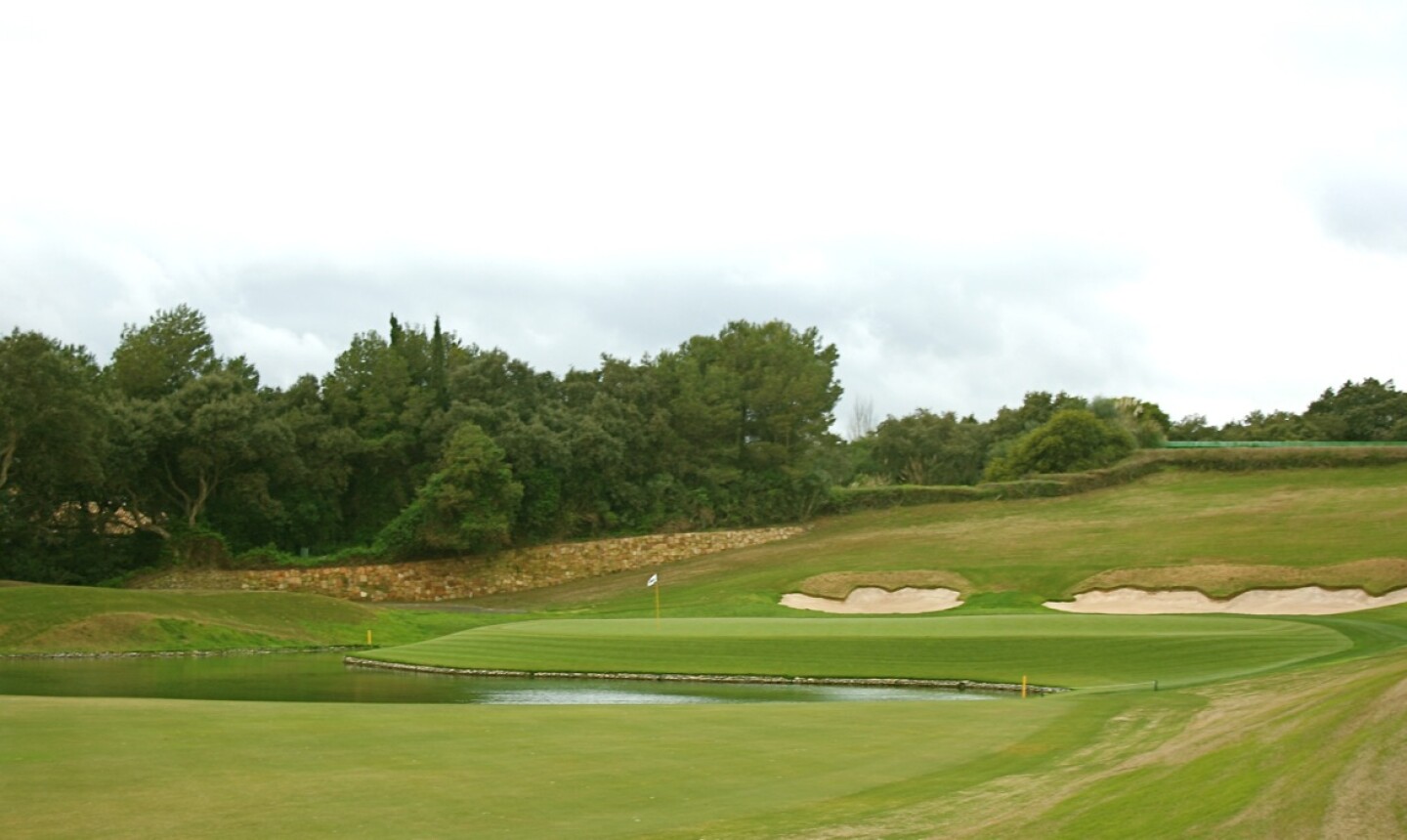 The infamous 17th may have drawn the ire of Tiger Woods, but it's one of the easiest and most open holes at Valderrama Golf Club. Brandon Tucker/Golf Advisor 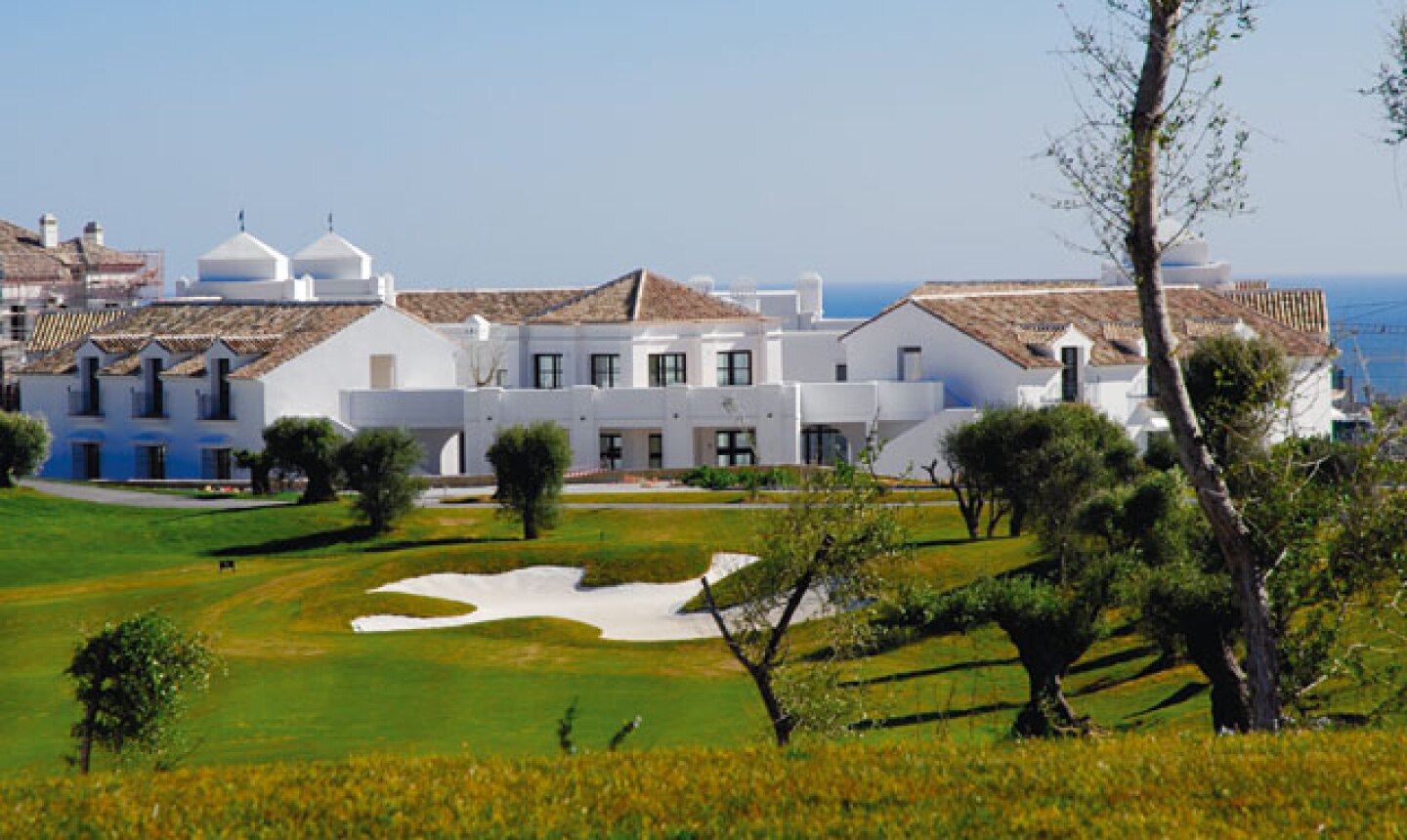 Located near Valderrama Golf Club, there is no more luxurious hotel on the Costa Del Sol than the new Finca Cortesin Golf Resort. Courtesy of Finca Cortesin

Navigating subtle doglegs on gently undulating parkland terrain through a cork forest, the Robert Trent Jones Sr. design in so many places seems so simple and effortless, one wonders why every golf course can't be this good.

Of course, Valderrama has been anything but stagnant over the last two decades, transitioning from an also-ran club to one of the world's most famous. Few golf courses have received the kind of T.L.C., thanks to a very hands-on, golf-obsessed owner, James Ortiz-Patino.

Once an understated, daily-fee course named "Sotogrande New," Ortiz-Patino saw the course's untapped potential and bought it. From 1987 to the present, not a single hole hasn't been altered, ranging from rebuilt bunkers to complete overhauls full of heavy land shaping.

Valderrama Golf Club: What to expect

Jones built nine courses on the Costa Del Sol, and many of the region's top clubs are within a short drive, like San Roque Club and Sotogrande Golf Club - but Valderrama is unmistakable from the rest.

No. 1 is a prime example of what to expect. It's a subtle dogleg off the tee, but if you find the right side of the fairway, the green is blocked out by cork trees. Similarly on No. 2, if you're on the right side, you'll have to take a short-iron over trees onto another tiny green. The course gets narrowest and most uncomfortable on the short, par-4 eighth hole, "El Bunker," but stay patient, eventually there are a handful of spots where you can finally open up the shoulders.

The second nine gets decidedly more undulated than the front side (which is probably a reason why the nines were flipped years ago), with numerous vantage points high enough up to see the Mediterranean in the distance. Two par-4 greens are steeply elevated - No. 10 and No. 14 - while No. 11 requires a blind shot to an elevated green from where most drives land in a sloping valley.

The par-5 17th got plenty of ink after Tiger Woods' incident in the 2000 World Golf Championships, when his ball went from pin high to rolling back in the water. Ortiz-Patino has stated he doesn't exactly understand what all the fuss is about regarding No. 17:

"Most members consider the 17th to be one of the more enjoyable holes on the golf course," he's written. "And yet I am told by some commentators that it is 'controversial' or even 'notorious.'"

And for visitors, the sight of the spacious 17th fairway will fill your eyes with tears of joy after so many tighter holes previously. If there is a par 5 to be reckoned with at Valderrama, it's the signature No. 4 "La Cascada." This is Jones' favorite hole on the golf course, but it required tons of renovations to make it so, including the moving of dirt to flatten it a bit and sub-air under the green, as this small surface is protected by constant shade.

The green is simply too small with too much trouble around it, including the cascading waterfall to the right, which won't be as pretty once your ball bounces off the rocks into the pond on your wedge in.

How the public can play Valderrama Golf Club

Valderrama is a private golf club that offers limited public play, with a daily window between noon and 2 p.m. for public groups. Green fees are €275-320.

As you'd expect with any professional event host, the facilities here are as good as it gets. That said, guests aren't allowed everywhere, though there is a small bar and pro shop. If you'd like to check out the golf museum in the clubhouse, ask ahead of time.

Guests are also allowed to use the practice facility here 30 minutes prior to your starting time. There is also a lovely little par-3 course here. Inquire ahead of time to see if it's available for play the day you come.

Where to stay on Spain's Costa Del Sol

If you want the finest accommodations the south of Spain has to offer, head just down the road to the brand new Finca Cortesin Golf Resort. This new Cabell B. Robinson course on site will host the Volvo World match Play Championships through 2011.

But what makes the resort utterly special is the five-star accommodations that will satisfy even the most well-appointed jet-setter. Guest rooms vary in size from large to enormous, some of which even come with their own private pool, but all have ceilings over 4 meters high and terraces that offer beautiful views. And once you're done walking the hills of Valderrama, the remarkable spa, which even has a snow room, will hit the spot.

If you're looking to save a little cash on your accommodations so you can foot the bill for the best golf in Costa Del Sol, like Valderrama, check out the Hotel Andalucia Plaza in Marbella. It's a popular pick for golf groups that want an affordable but still stylish and comfortable hotel, and it's just a short walk under the bridge to all the action at Puerto Banus.

One player who is likely to never complain about Valderrama's 17th hole is Spaniard Miguel Angel Jimenez. In the 1994 Volvo Masters, Jimenez carded an albatross, eagle and two birdies over four rounds. 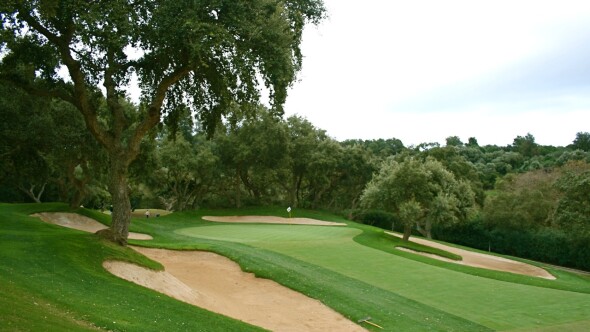