BROOKSVILLE, Fla. - For more than 30 years, golfers have been captivated by the rolling topography and gnarly, moss-covered live oaks at World Woods Golf Club. Its two Tom Fazio courses, Pine Barrens and Rolling Oaks, are popular among Florida-bound travelers and in-state enthusiasts alike.

One of the former: Ben Cowan-Dewar, co-founder and CEO of Cabot, the golf resort development company behind Cabot Cape Breton, the resort in northern Nova Scotia whose Cabot Links and Cabot Cliffs courses have become some of the most sought-after by avid traveling golfers in North America over the last decade.

Cowan-Dewar, who hails from Canada himself, had visited the property several times, finding himself returning repeatedly over 20 years to its unique-for-Florida mix of rolling terrain and quiet environs.

"The topography, the beautiful mossy oaks, the sandy soil," said Cowan-Dewar. "It had all of those ingredients in spades. I loved the place. I loved the people."

World Woods is no longer just a place for Cowan-Dewar to visit. His company has purchased the property, with the intent to rechristen it Cabot Citrus Farms and take it to new heights.

At less than an hour north of Tampa and just over 90 minutes from Orlando, the location of World Woods/Cabot Citrus Farms is a major asset.

"It is such a beautiful piece of nature," said Cowan-Dewar. "It's close to a couple very major population bases and airports and yet, when you're there, you're really, truly connected to nature."

Cowan-Dewar knows that Brooksville sits at just enough of a remove to deliver the sense of peace and isolation that underpins so many of golf's greatest destinations. "It's so accessible, but it feels like a bucolic, rural setting," he said. "That always was what drew me back."

World Woods' transformation into Cabot Citrus Farms will get underway in short order. Cowan-Dewar expects the search for the architects who will renovate the property's golf complement to finish up in the coming weeks. The plan is to overhaul both courses simultaneously during much of 2022 and 2023, with an eye toward welcoming golfers back to the property later next year.

As at Cabot's other properties, the golf culture at Cabot Citrus Farms will focus on walking, rather than relying on golf carts. "I think there's no better way to play golf than to walk, and I think there's no better way to be connected to the nature you're in than to walk through it," said Cowan-Dewar. "I think it'll be one of those landscapes where you'll be thrilled to walk 18 and think, Should I just do it all over again?"

If the emphases on walking golf and honoring the unique land of a particular course sound familiar, that's because they come in part from Mike Keiser, the resort developer of Bandon Dunes and Sand Valley, who is also a partner in Cabot and something of a mentor to Cowan-Dewar.

Lodging, a component long missing from the mix at World Woods, will help turn Cabot Citrus Farms into a new stay-and-play mecca. Expect a real estate component to emerge, too, though not until the golf is settled. And with an undeveloped 600 acres as part of the sale, a brand-new golf course could follow in the coming years.

Whereas most golf resort and real estate developers focus first on maximizing the lodging and housing possibilities, Cabot takes the opposite tact, as golfers have seen at Cabot Cape Breton and as they will see at Cabot Saint Lucia (opening in 2023) and Cabot Revelstoke in British Columbia (opening 2024).

"Rather than taking a cookie-cutter approach, it's responding to what the landscape gives you trying to build the very best golf you possibly can," said Cowan-Dewar. "That's where the experience starts, then backfilling it with amazing food, great lodging and great experiences. Continuing to do a really good job of that is basically the plan for Citrus Farms, and we're pretty excited to execute on it." 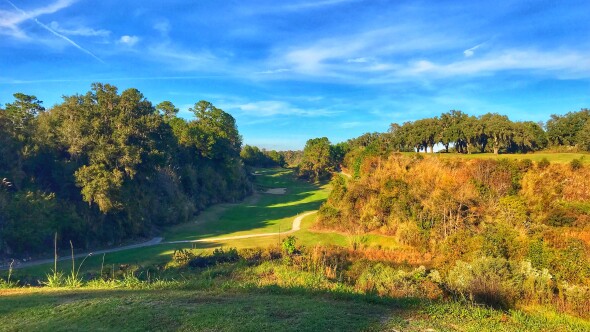 Have 2 brothers in the Clearwater & Brooksville area (also one in PA) and have played World Woods several times since it opened back in the 1990s. The four of us played Pine Barrens & Rolling Oaks this past November. As always, the courses were in excellent condition, with reasonable pace of play. Hoping that the new ownership will continue to maintain the level of excellence that patrons have experienced.

I am going to play this month before the rates skyrocket. I welcome the stay and play possibilities.

On one hand, its pretty exciting to see this place get great ownership. On the other, green fees will likely skyrocket. One of the great things about WW was how affordable it could be to play all day, especially in the summer.