RTJ is the original home of The Presidents Cup. The course 30 miles
outside of our nation’s capital hosted The Presidents Cup in 1994, 1996,
2000 and 2005.
I recently returned to RTJ and played a round with the Director of
Golf, Cary Sciorra and one of his assistant pro’s, Mike Mauk. I also visited
with the rightfully proud course superintendent, Scott Furlong.
There have been a few tweaks made to the course since the last
Presidents Cup here. Many fairway bunkers have been moved and/or
extended to counter how much farther players are now hitting it. And, there
is all new, beautiful white sand in all of the bunkers. It makes for a stunning
panorama — the shining white against the surrounding lush green of the
fairways and rough. By the way, that Bluegrass/Fescue rough is thick, long
and very penal. The undulating greens are still perfect and very fast.
During the Presidents Cups, there were rolling at 14 on the stimpmeter.
Every single hole is gorgeous. Every par-four has, at least, a subtle
dog-leg, giving players options as to just how aggressive they want to be.
The par-fives are of the classic reachable, risk/reward variety. Number 14
is one of my favorite par-fives in the world. A group of bunkers guard the
left side on this slight dog-leg left. If you’ve got the gumption and the length
to carry them, you’re left with the chance to get home in two. Ahh, but then
you’re facing a shot with a long-iron or hybrid to a shallow green that is
guarded by a pond that goes right up to green’s front-edge. You could see
threes or sevens here.

Two of the finest par-threes outside of Royal Dornoch are the
bookends for a spectacular three-hole stretch. Number 9 plays between
190 and 200 yards from an elevated tee to a light-bulb shaped green
surrounded by Lake Manassas. It is one of the most beautiful holes you'll ever see.
Ten is a short par-4, dog-leg left with bunkers at the fairway’s corner,
again giving players a chance to either take the risk and cut the dog-leg, or
lay-up short of the trouble. From the forward tees, it's a fabulous drivable par-4.
Then comes another breathtaking par-3. Number 11 can play
anywhere from 190 to 215 yards, across water, to a wide, shallow green
that is perched precariously above Lake Manassas. Any tee-ball that
comes up just a little bit short will — most likely — run down a very steep,
shaved hill, right into the lake.
Robert Trent Jones Golf Club is one of America’s greatest courses,
given to us by one of the nation’s greatest architects. 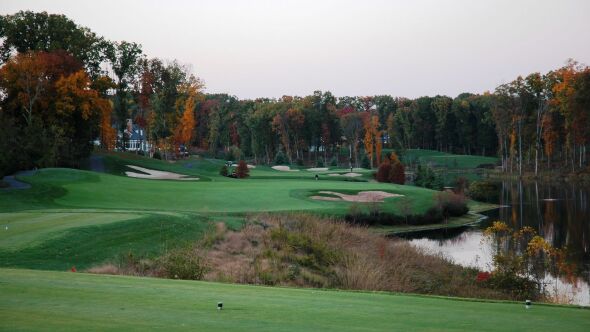 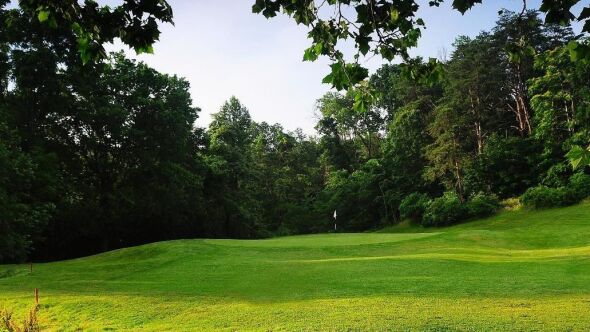 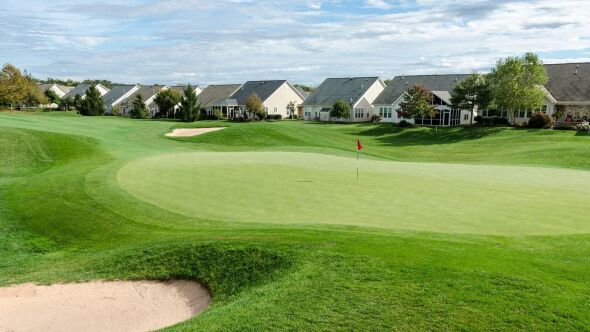 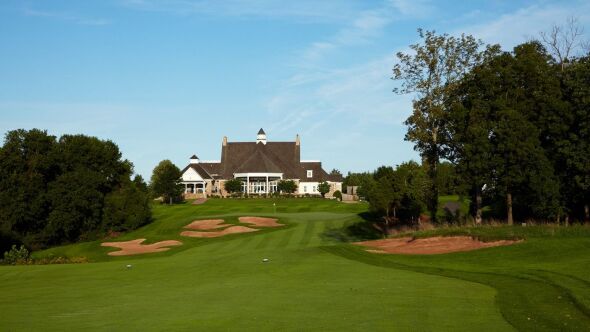 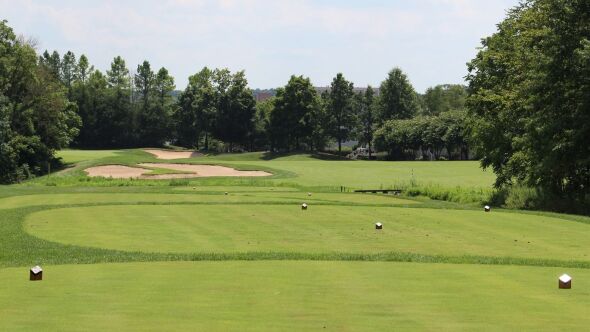 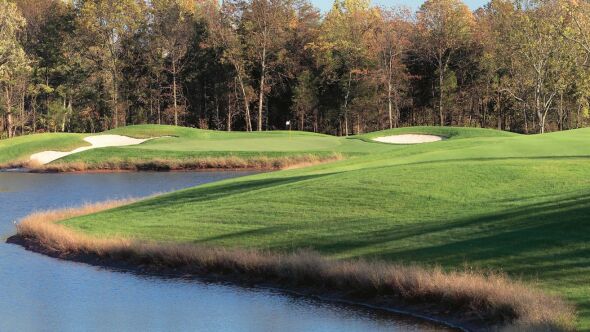 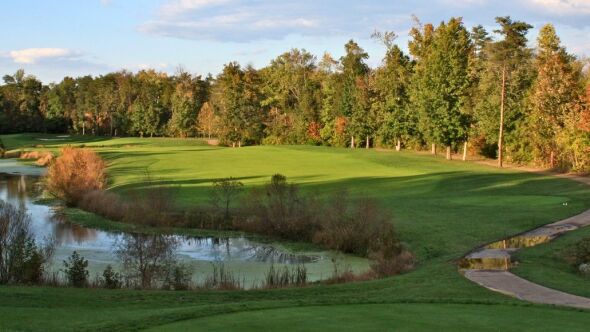 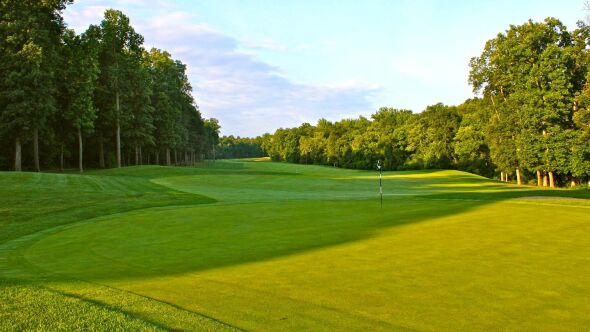 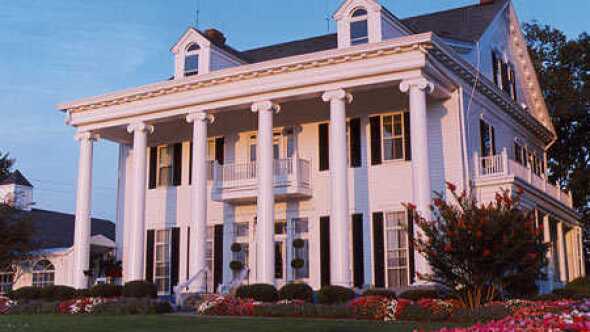 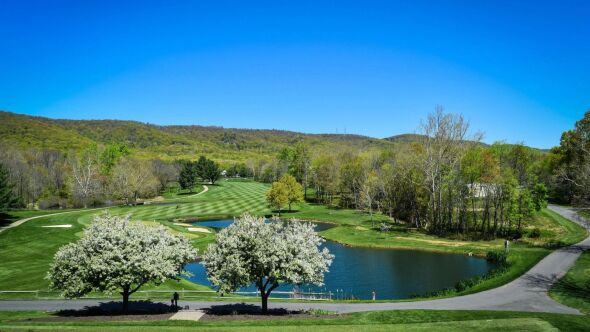 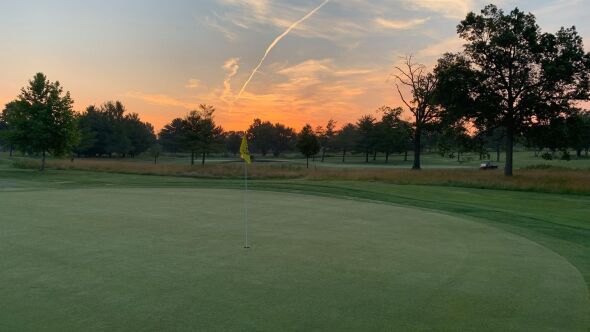 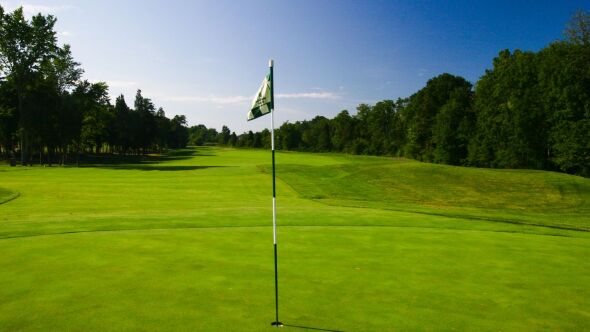 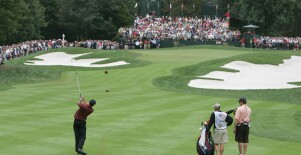 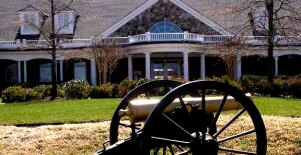 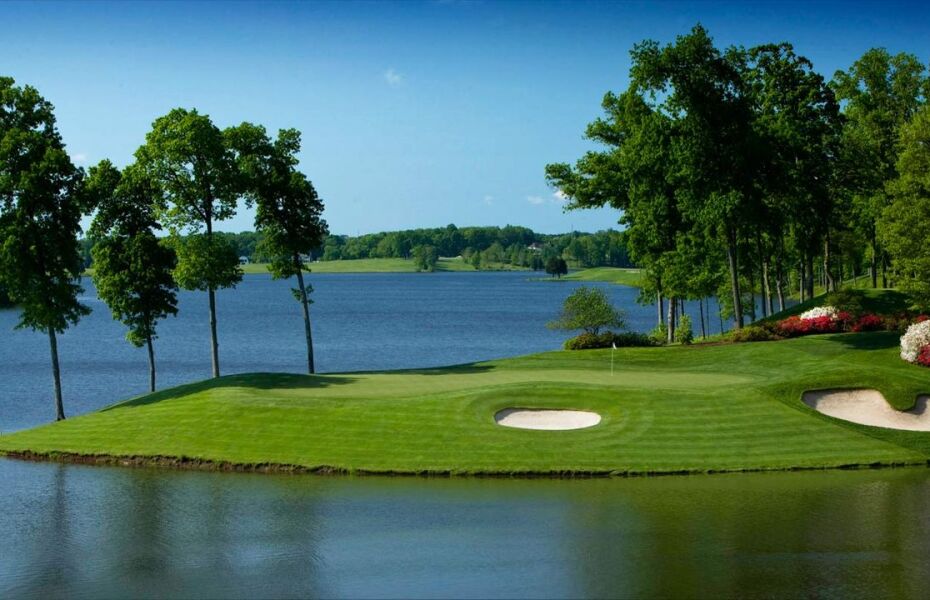 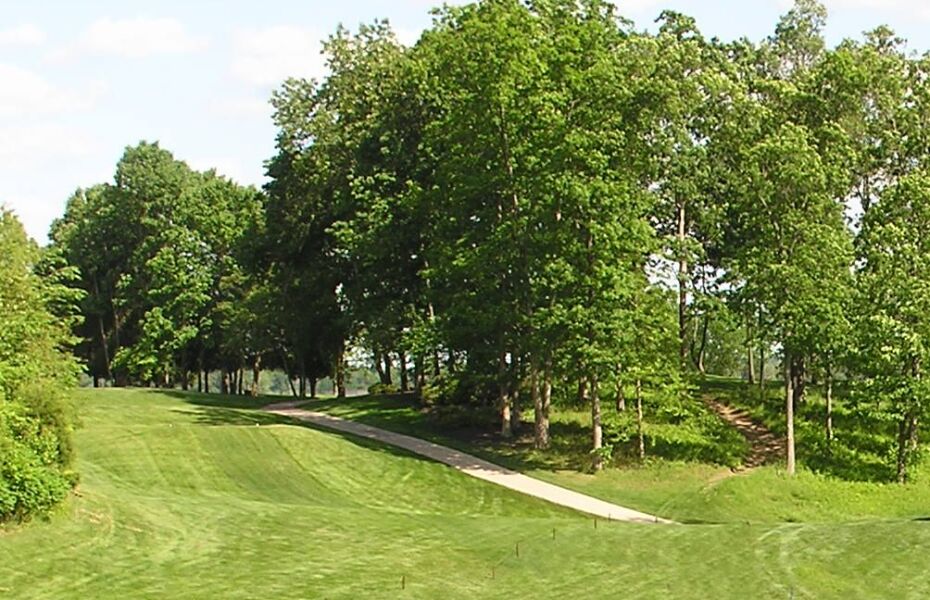