The Cedars on Salmon Creek

Metal Spikes Allowed No
Walking Allowed Yes
Dress code Shirts must be worn at all times. No tank tops allowed. No sleeveless shirts.

The 19th Hole is Great For:
Patio Dining 9
Drinks 8
19th Hole Scenic Views 6
Course Challenges Include:
Water Hazards 19
Bunkers 10
Elevation Changes 10
This course/club is great for:
Wildlife/ Scenic Views 15
Advanced Golfers 14
Locals 14
This Course's Location is:
Worth the Drive 17
Convenient to the City 8
In the 'Burbs 6

Every time I play there, I remember how it used to be..very well maintained. Now it’s in disrepair and only play there when nothing else is available.

Most fairways ok
Most greens- crap!, burned out, no grass..what grass there is was uneven. Putting is a joke.

This must have been a good course in the 80’s. Now it’s an abandoned cow pasture in abhorrent condition

Sad to see this course deteriorate so much. It is an interesting and challenging layout, but the fairways and greens have been left to survive on their own the last few years. Minimal staff is cutting what is left of the grass, and trimming the edges. With so much burned out, it is like golfing in a wild field. Greens are about 20 percent golf-ready.
Booked 18, only played 9. Said my goodbyes to Cedars. Unless it gets revived by new management/ownership, I won't be back. Seems it is doomed to becomes housing, ultimately.

To say this course has been torn apart and neglected is an understatement. I can understand not having the finances to keep it up as needed but I continue to hear advertisements for this course all over the radio and in my opinion this is totally unacceptable. There are very few courses in the Vancouver area and I feel completely bait and switched to have this course advertised as much as it is only to show up and have it be in terrible condition. There is no way they can keep this up and stay in business much longer. Fix your course or sell it to someone who actually cares.

The course was $60 per person with cart. Not too bad given other courses in the area (or so we thought). Once we got out on the course, we realized the extent to which this course had been let go. The fairways were baked out, with more weeds than grass, and the greens weren’t much better. Several greens had large patches without any grass. Putting was impossible. The layout of the course (par 68) was just as bad. Holes with views down the hole were few and far between. Most required an iron off the tee given the extent of some of the doglegs. Once you found grass, your next shot was no better. I found myself hitting 5 to 7 iron off many tees, and having the same or more club into the green. It was not a fun course to play, and I would give a strong suggestion to any decent golfer not to play this track.

My friend and I golfed there a couple of weeks ago, we were the only two golfers on the course. After the first hole i understood why! The first fairway is so dead that there is not even dried up grass, just dirt and the rocks that are starting to come up. They try to keep the greens watered but do a poor job at it and alot of them have big brown dead spots that you will likely have to putt through. Do yourself a favor and spend your money somewhere else. I would not play there again even if it was free golf.

Not sure why this course is still open. Very poorly maintained. Most greens are 25% dirt. Myself and friend were the only golfers in the course. Pretty sure I know why. Seems like they have given up on this course.

We were informed at the turn that there was no maintenance crew. It was unquestionably the worst course I have ever seen. Dried out greens with cracks and holes and bare spots. The fairways were dried out hard pan with fine gravel throughout. The course has potential but is in terrible shape. The fact that there was no mention as to the condition of the course is also very deceiving.

They have given up.

The property must be getting sold to developers soon. There is no greens keeping happening. Brown, dry and dead everywhere. Way overpriced for what you are getting. A shame because it is a great layout in a great location.

This was a challenging course with multiple water barriers. It is in poor condition, possibly due to drought conditions in the area. It’s a pretty area.

Course is poorly maintained, staff is annoyed you are there.

The facilities are rundown. The staff acted like it was a hassle that we were there and the course was completely unkempt. Unfortunately the previous reviews are all accurate. I had to see for myself as a new resident. Probably my last time there unless things change.

Sad to see what was clearly once a great place dying on the vine. Subdivisions encroachment and no one putting anything into it.

Sand traps are full of weeds. Greens are garbage. Either way too dry and cracked or way too soggy. Currently had two temporary greens in the fairway. Tee boxes are basically flats of dirt and weeds with no grass.

The fairways were so bad we had to move the ball around to keep from constantly hitting off the dirt. You could barely get the tees into the ground in the tee boxes. The greens were dry, cracked and practically impossible to putt. The bunkers were full of weeds and not much sand. The clover and weeds in the fairways were so thick it appeared there had been no grounds maintenance for some time. It will take years for this course to recover, if it ever does. We stopped at the turn to use the bathrooms and it was so disgusting I wanted to leave at this point. Trash bins overflowing, filthy sinks, toilets and floors, stall doors with broken latches, it was horrible! We finished the round, but it was not enjoyable. The rates for this course are way over priced. We will not be returning again.

There are several greens that are unplayable and fairways are not maintained. Nothing is maintained. Waste of money to play.

The greens were very inconsistent, frequently being completely dead and so dry the ground had cracks in it. The fairways had lots of daisy's and crab grass and we're inconsistent as well. The rough, where I frequently am being a new golfer, were very overgrown and nearly impossible to find any balls I lost. Instead I found other peoples who obviously ran into the same issue. Take one leave, one deal I guess. Being a new player this course made it very hard for me to try to analyze and improve my game as nothing was consistent. I assumed a course that cost $40 for a Monday morning would be nice. I won't play it again. Unfortunately I didn't take photos because I didn't know I could upload them.

Premium price off of reputation not current status or conditions. Worse than a cow pasture that I played in Arizona that they were just making into a golf course. Fairways were very bad with little grass or done in some, but not as bad as some of the greens. Had to move ball several times to patches of weeds so we weren't hitting off of rocks. Greens were full of holes with very few that actually were completely grass. VERY POOR. Not worth $10 let alone $50 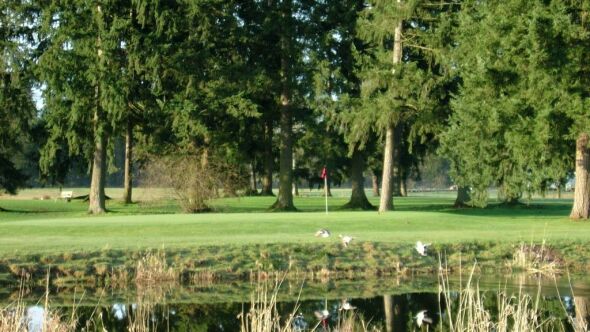 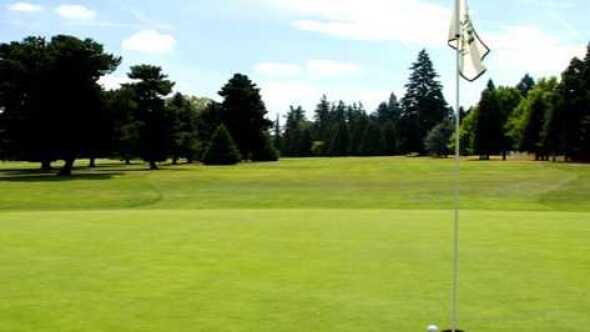 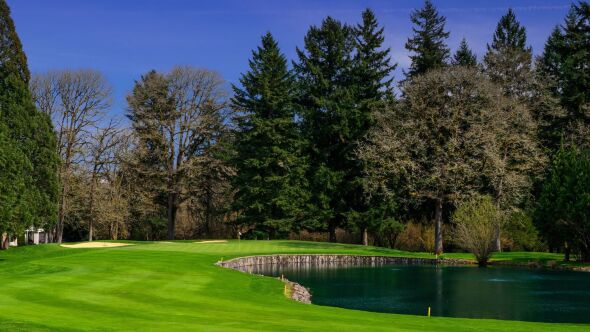 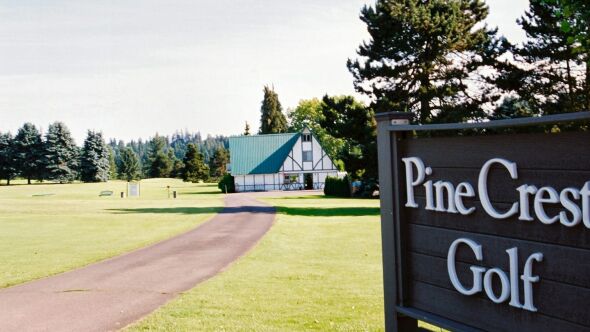 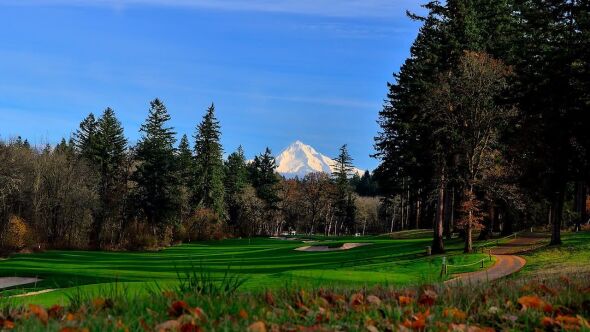 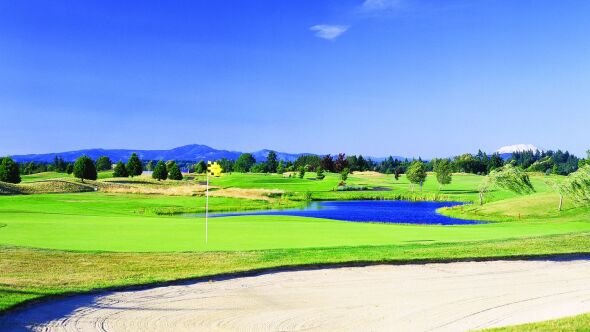 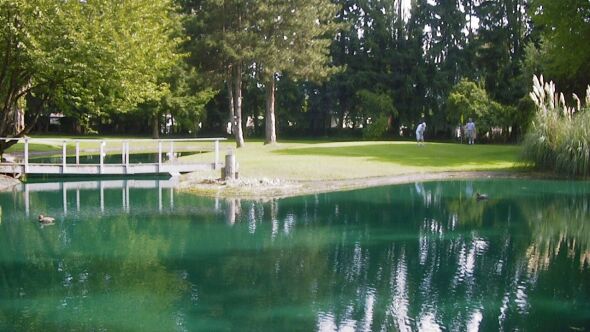 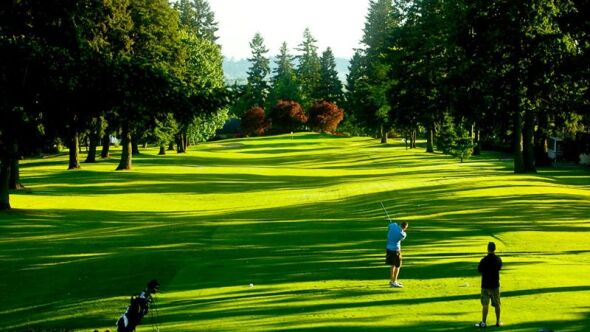 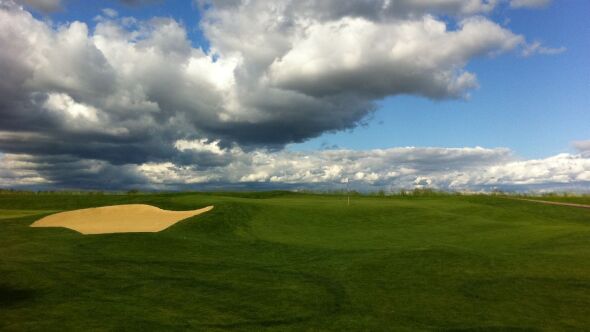 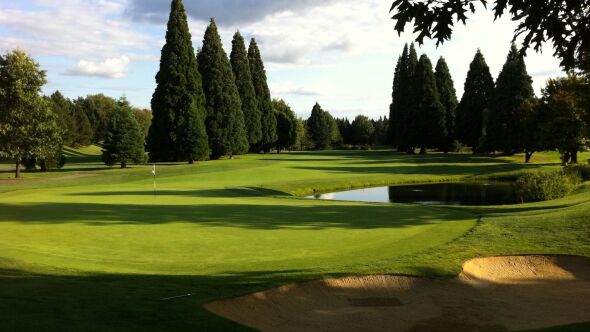 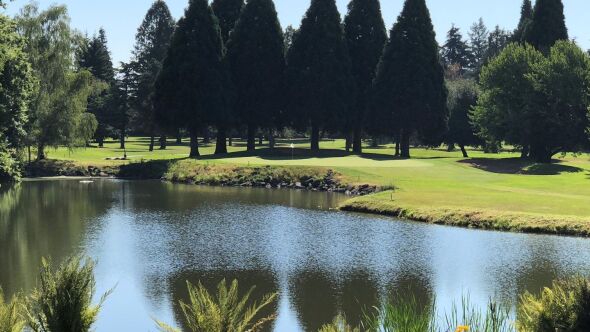 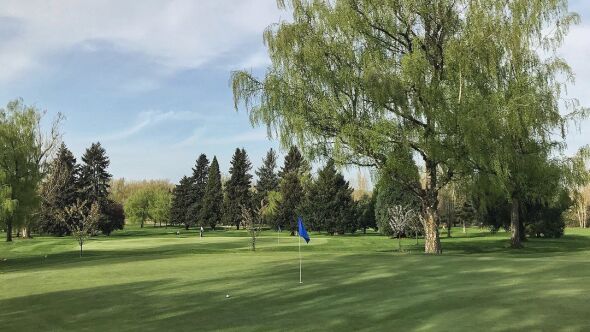 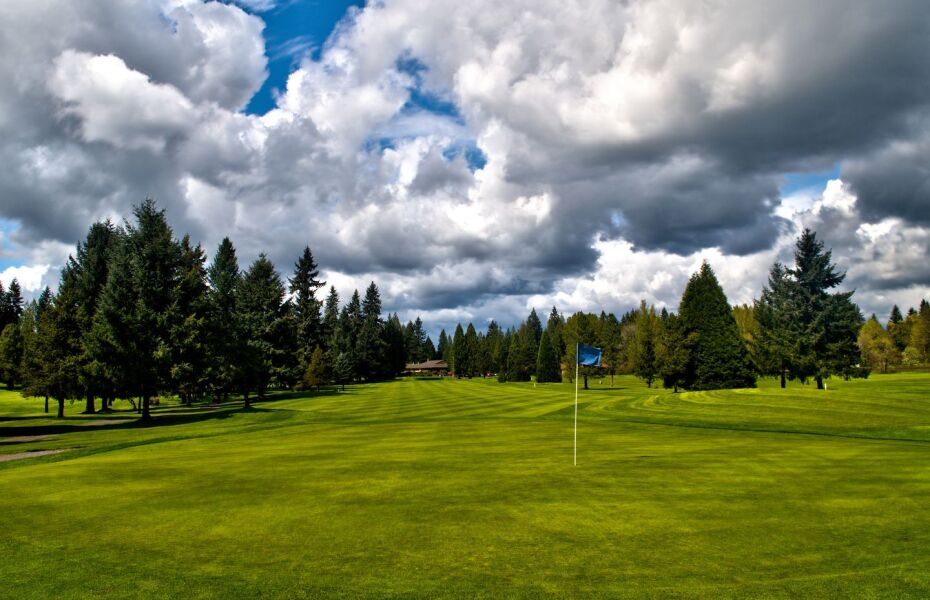 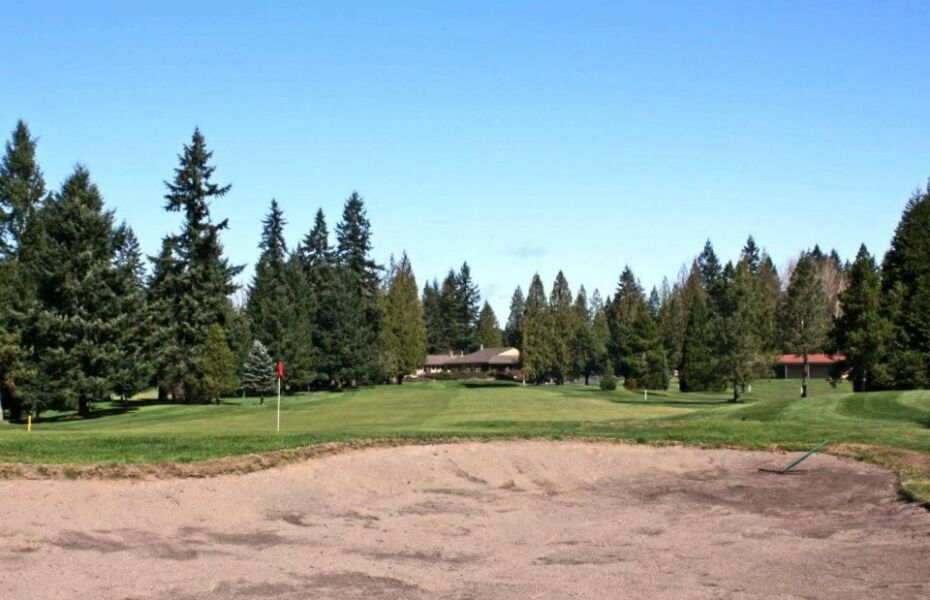 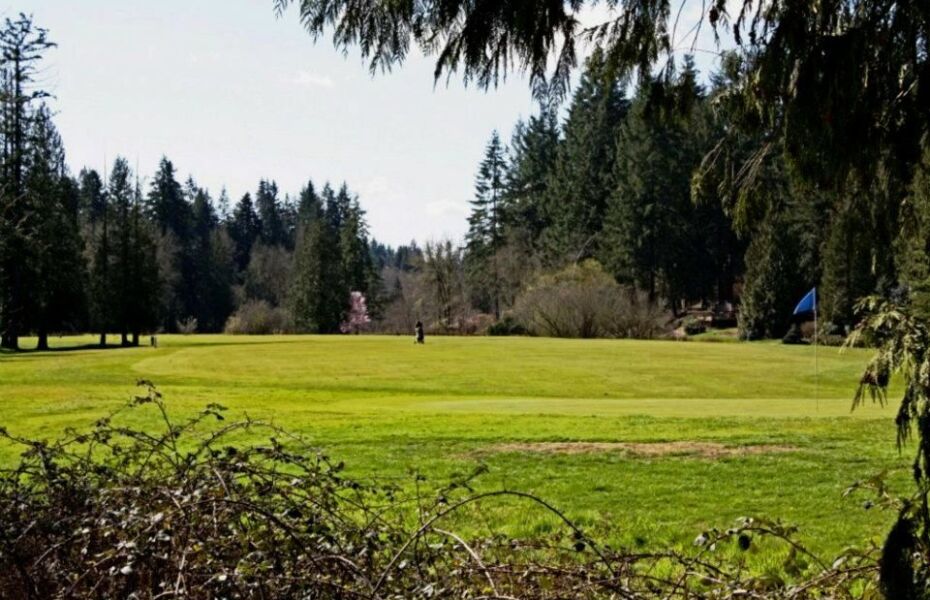 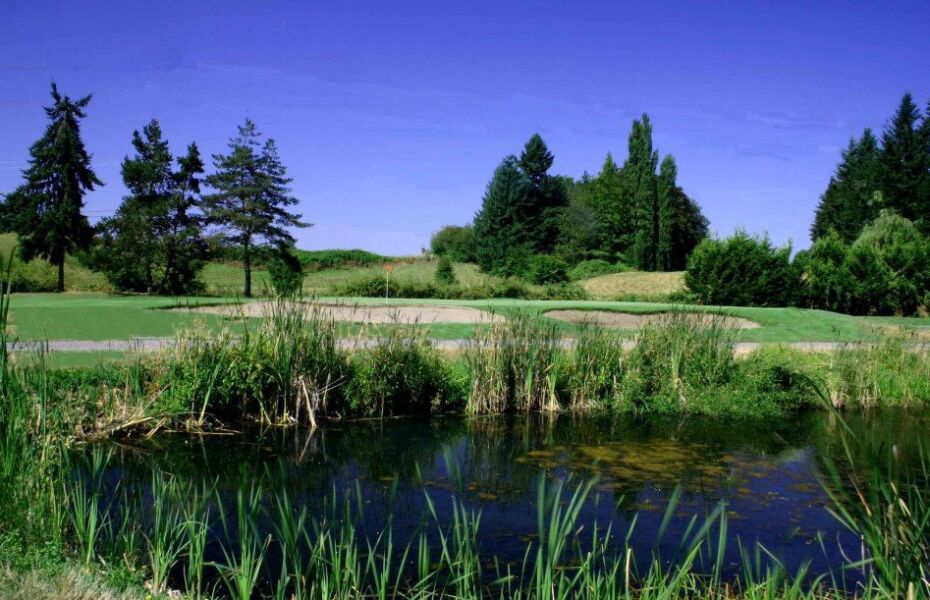