Carts No
Clubs Yes
Pull-carts No

The 19th Hole is Great For:
Drinks 6
Course Challenges Include:
Thick Rough 6
This course/club is great for:
A Bucket list/Top 100 Pick 6

Tom Watson said after playing here for the first time in 1981 that a man would think the game of golf originated here.

Golf at Ballybunion is nothing if not a study in topography. The first five holes plot along from the looming graveyard beside the first tee and the shadow of the clubhouse on mostly flat terrain. Still, the allure of those magnificent dunes that await are always in sight, almost seducing you through the usual pedestrian start to a round here. The wild card was that the wind today had flipped from the prevailing one, making the back-to-back par 5s early on the card play straight into the fan.

Once you walk onto the sixth tee, however, an imaginary trumpet sounds in your subconscious. For all intents and purposes, this is the genesis of a round at Ballybunion.

The constant alternation between uphill and downhill shots and how they pair together kept me engaged and slightly off balance. And that wind… I reached two par 5s on the back with driver/9 iron and 4 iron/6 iron. I also hit 3-wood on two par 3s that measure 193 and 200 yards, respectively.

There are two holes from here I will remember long after returning home; a pair of par 4s: the 11th and 17th. Hard against the sea, these holes ride dragon’s back fairways down to humps and hollows, leaving short, but spectacular approaches to difficult greens. They are world-class holes.

I have a friend that that fell in love with Ballybunion on his honeymoon here in 1982. So much so, that he recently told me he’d like to have some of his ashes spread in a specific spot on the course someday when he passes on. After walking it today, I can clearly see why.

One of Ireland's best

Has played Ballybunion about 12 years ago and was eager to get back. I remembered nearly every hole, which to me, is the sign of a good golf course.

Now, we played it off the plane, as the first of five courses we'd play over the next four days. So we were tired and rusty. But caddies Brian and Brian made the day so much fun and surely helped us find many, many golf balls that we wouldn't have found on our own.

The par 3s are terrific and all the holes along the water are beautiful. Enjoyed it so much.

Perfect start to our trip

We were all really excited to play Ballybunion – even if it was straight off the plane – and it didn’t disappoint. Guided by an excellent father-son team of caddies, we were able to easily navigate some of the course’s distinct elevation changes. The course really shifts around the sixth hole (don’t mind the trailer park to the right), with views of the Atlantic. Two of the three back-nine par 3s are excruciatingly long, particularly into the wind, but they’re still playable if you miss on the proper side. The 17th and 18th holes were a memorable way to cap the round, too. Overall, this is a must-play in Ireland – especially if you can get the two Brians on your bag.

Recognized worldwide as an exacting test of golf the Old Course at Ballybunion has long frustrated fans of the game. Extremely challenging at the best of times the Old Course bares it's teeth when the wind comes up. During my round the weather added another element to factor in, with gusting winds, at times the rain came in sideways and eventually the sun broke through the overcast skies. I absolutely loved it. An historic course that is as visually stunning as it is mentally challenging.

What a treat to play this golf course! Walking made the experience even better! Very different design as to what you see in the States. Thick, high rough so bring plenty of golf balls. #11 is one of the best par 4's you'll every play! Well worth the trip!!!!

The Best Course in Ireland

When this trip was first put together it was Ballybunion that was my holy grail. I'd read about it, I'd spoken with people about it and I had rehearsed it. The website flyovers, the testimonials, even down to gauging yardages from the scorecard and course guide. The danger of course is in disappointment because you have built it up too much but that didn't eventuate.

There is so much of Ballybunion that differs from what we see as "normal" golf from the graveyard on the first, back to back par 3's and blind shots but it's great. Driving is at a premium as keeping your ball on the short stuff is imperative. The green speed is just average but has to be because of the winds that can be encountered.

Holes don't run parallel with each other so it's always a challenge to gauge wind strength and direction. You are thinking on every shot.

Ballybunion is rightly ranked up there with the great links, nay great courses, of the world. The front nine may be seen as good but not great, but the back nine is fabulous. It was actually a delight to be able to play her in a strong wind and rain for 4-6 holes. It was what we had signed up for when we organised the trip and despite the difficulties it was a real buzz to have played her in these conditions.

The par 3's are as hard a collection as anywhere in the world while still retaining a facade of fairness. From the first which hugs the graveyard off to the right through to all the holes that run parallel with the beach, this course reeks quality and once will never be enough. We shall return.

The course was all and more of what I was led to believe from reading the on-line hype. I can say that it was the highlight of my trip to Ireland. The excitement felt on the first lasted the entire day, there wasn't a hole that disappointed. It was in great shape and the caddy (Gerald) made the day. The old course required all sorts of shots and demanded a solid putter.

A weeks golf in Co. Kerry and Ballybunnion old was the only disappointment... How is that possible?
They have forgotten that golfers may blindly pay for our passion but we can see when we are paying over the odds for something!
Preferred the Cashen course but the greens were very slow and represented the lack of attention to detail.
Two hackers were let out in front of us on the 10th tee and they managed to hold up a pretty slow 4 ball..... This was indicative of money grabbing ethos.
Think the clubhouse inside is pretty good except for some pretty basic design flaws outside it is hideous.

I have to thank Golf Advisor Jason for putting up this list of great golf holes and courses, but I have to wonder what he was thinking about on the first six holes. "Architecturally but not aesthetically" pleasing? So the Road Hole failed his test until they took out the railroad barn? And we all love the maintenance shacks all over Pebble Beach.

And while #11 is a great hole, it's only the third best at Ballybunion. #2 starts with what appears to be an easy drive. Then you realize you have to find a perfect lie and line because you are next faced with a devilish short iron to a narrow green surrounded by towering sand dunes on either side. The back of the green actually extends beyond the dunes and that is you target. Leave it short left or right and you will be chopping it down the dune with one foot a yard above the other. You will see the hole reprised at the US Open at Chambers Bay this year. It is the inspiration for CB's #10.

But the best hole, maybe the best hole anywhere, is #15. I say so despite my unpleasant introduction to it. You play from an elevated tee to a fairway again between dunes running diagonally away from you uphill and to the left. The real key is judging how far left you can drive it while ending up in the short grass not the heather coated dunes. While my drive was still in the air, my dour caddy, mute until then, bellowed, "Thot's the sime line Tiger Wuuuds tuuk on this hole." Needless to say I came up 50 yards short of grass. It took two hacks to get it out of the heather and another to reach the green. It was only as I stepped on the putting surface I realized we were one dune away from the sea. The view is of a cresent beach, sun breaking through the overcast and a yet more purple heather tumbling down the hill. All was forgiven and yes, the worst day on the golf course is better than any day anywhere else, especially when you are on Ballybunion.

The best links in Ireland? Not in my book

I'm always surprised at the world rankings of The Old course at Ballybunion. Don't get me wrong. It's as magical as they say -- from the sixth hole on. But it's not even my favorite links in southwest Ireland, let alone the world. Ballybunion gets a lot of attention for the cemetery on its first hole. Unfortunately, those first five holes, while strong architecturally, aren't great aesthetically. Several run along the road and view the mobile home park across the street. People talk about the "mediocre" holes of Pebble Beach. The same critique applies here. When it comes to the back nine, however, few courses compare. The dunes are majestic. I love the contrast of the back-to-back par-3s, the easy wedge on the 14th hole followed by the tough 3-wood or driver on No. 15. The finishing three holes leave a lasting impression that helps everybody forget the opening stretch.

Played the course while on vacation, it was a real treat! Very different from what you find in the States. Very thick, unforgiving rough. Course conditions were very good, carpet fairways and true rolling greens. Design features you don't see everyday, you must use your imagination on some short game shots. Overall, go play if you ever get the chance, truly a great golf course!

It was incredible to play such an iconic course. If you are a high handicapper, you might struggle a bit in the rough (if you find your ball). The condition of the course is top class.

Best course I ever played, followed by Bethpage Black and Carnoustie! Also, just down the road from Ballybunion, Tralee, fabulous! I was lucky with the weather, threatening skies and a shower on the front nine finished with perfect weather on the back. Every hole a challenge, risk and reward. Caddie was great! 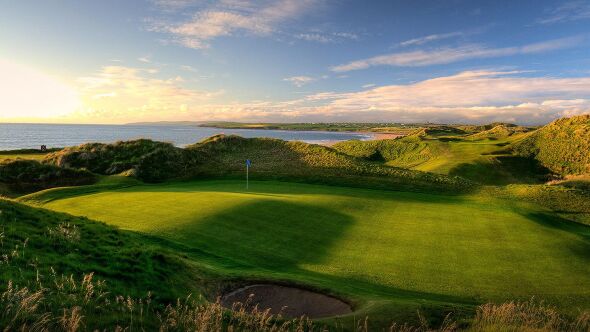 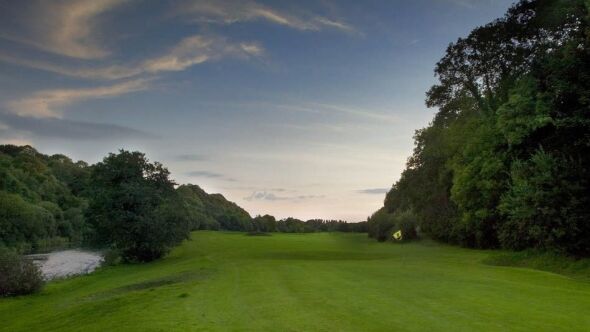 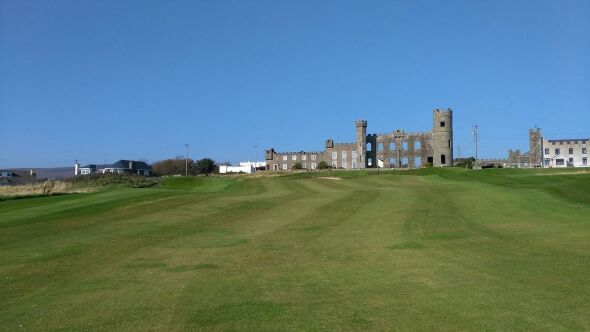 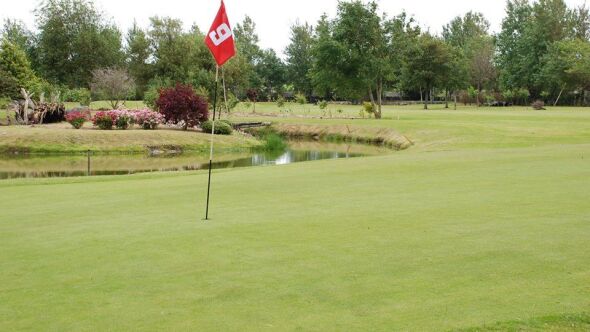 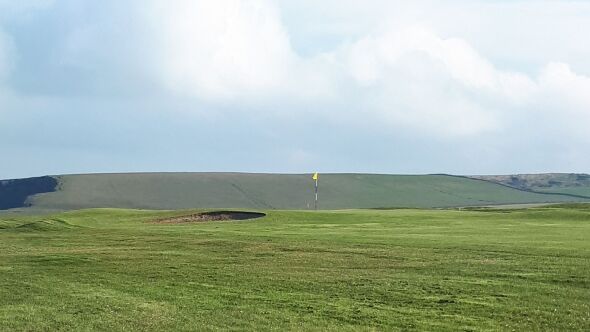 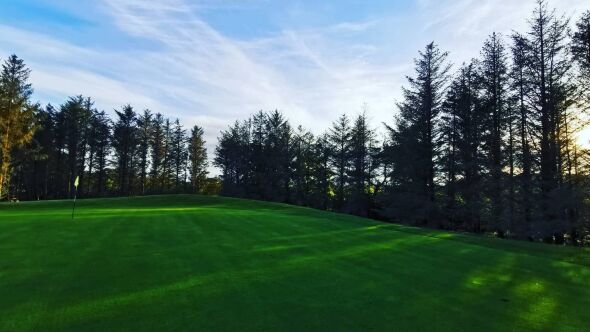 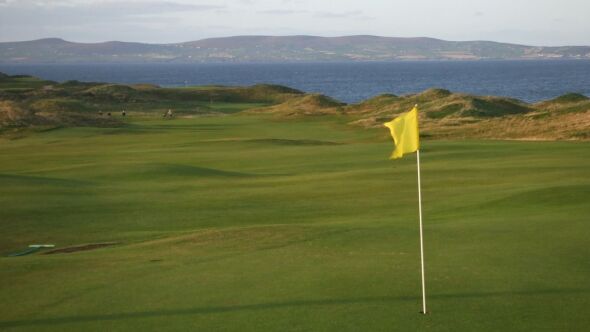 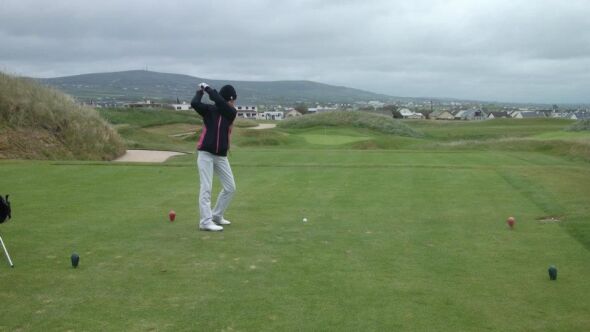 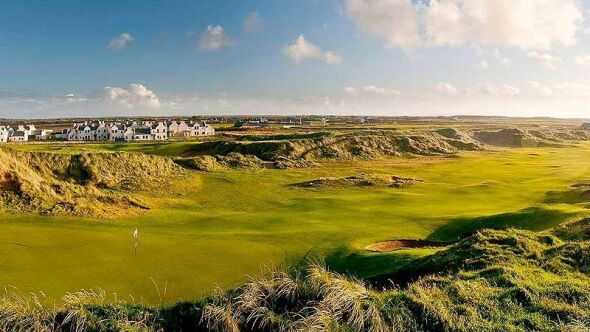 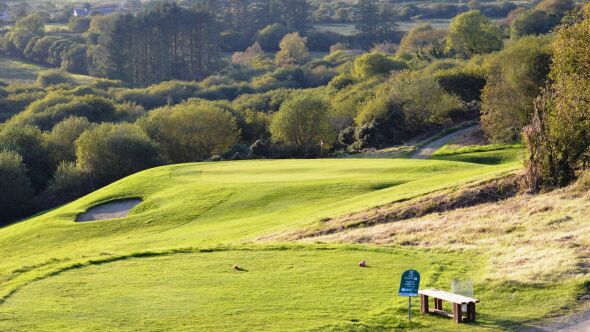 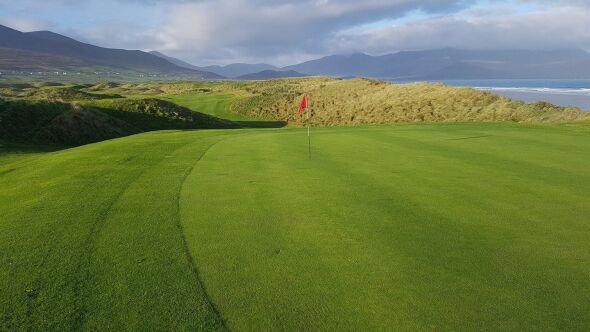 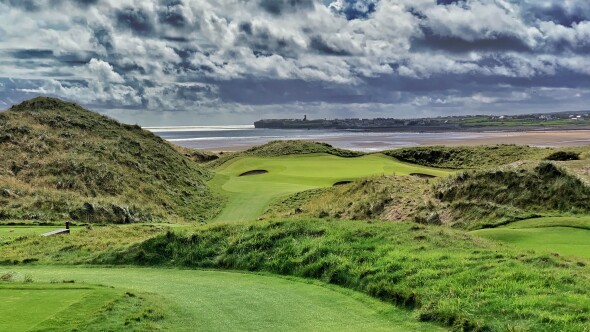 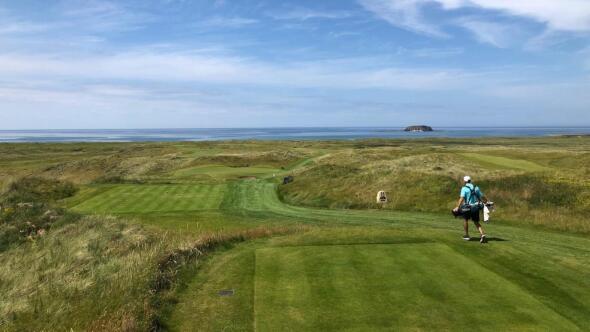 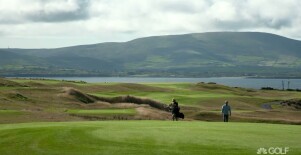 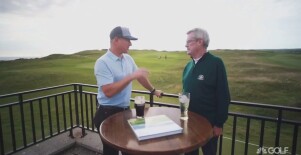 Video
Golf Advisor Round Trip: Ginella gets a history lesson at Lahinch 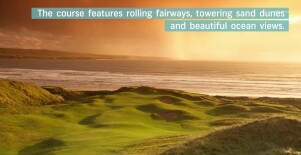 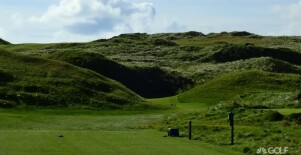 Video
The allure of Lahinch, host of the 2019 DDF Irish Open
Next Page
Load More 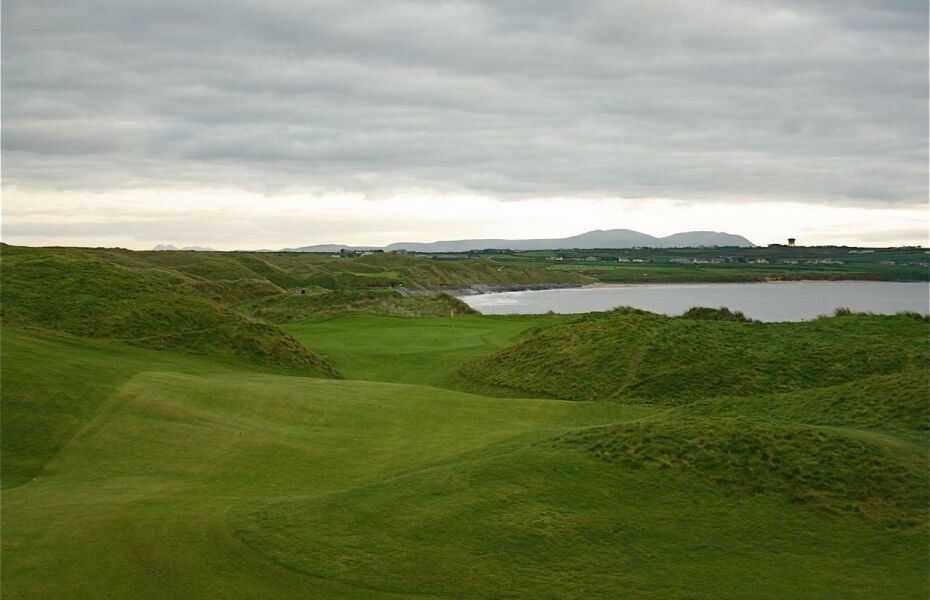 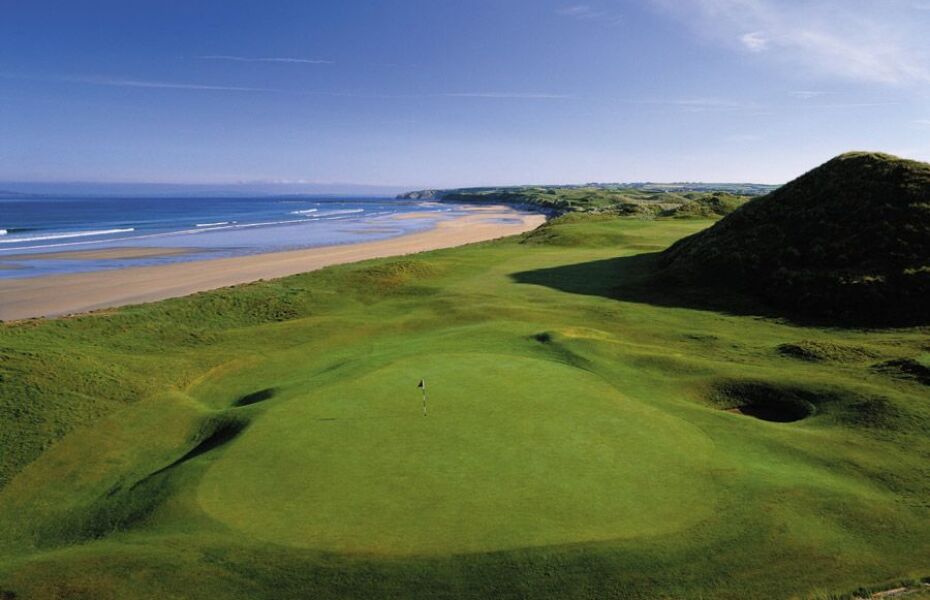 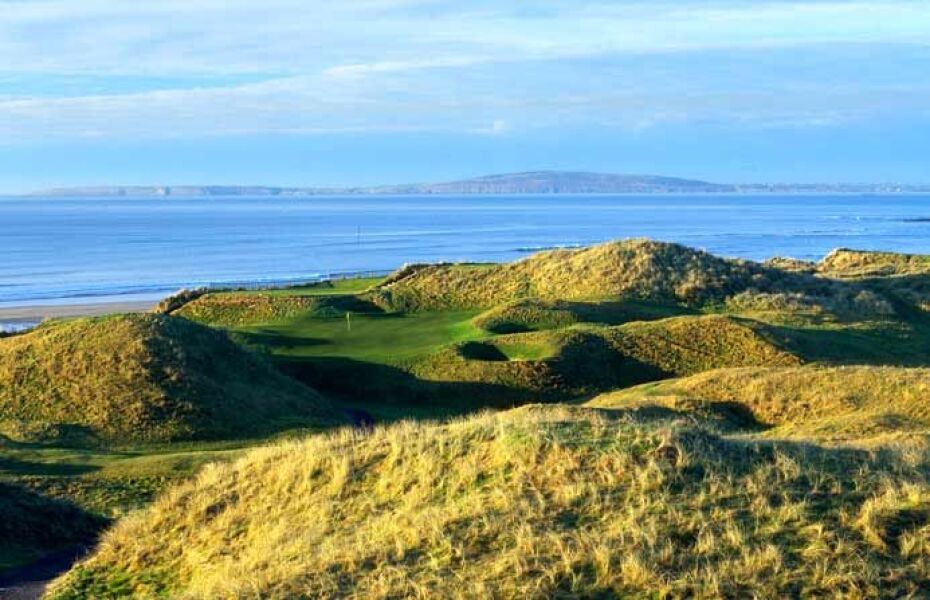 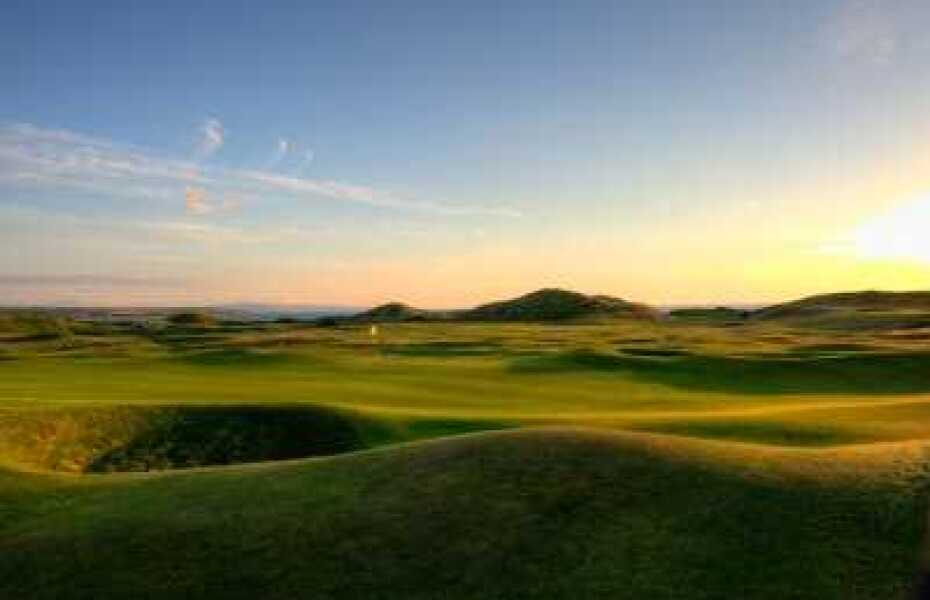 A view from hole #3 at Ballybunion Golf Club - Old Course 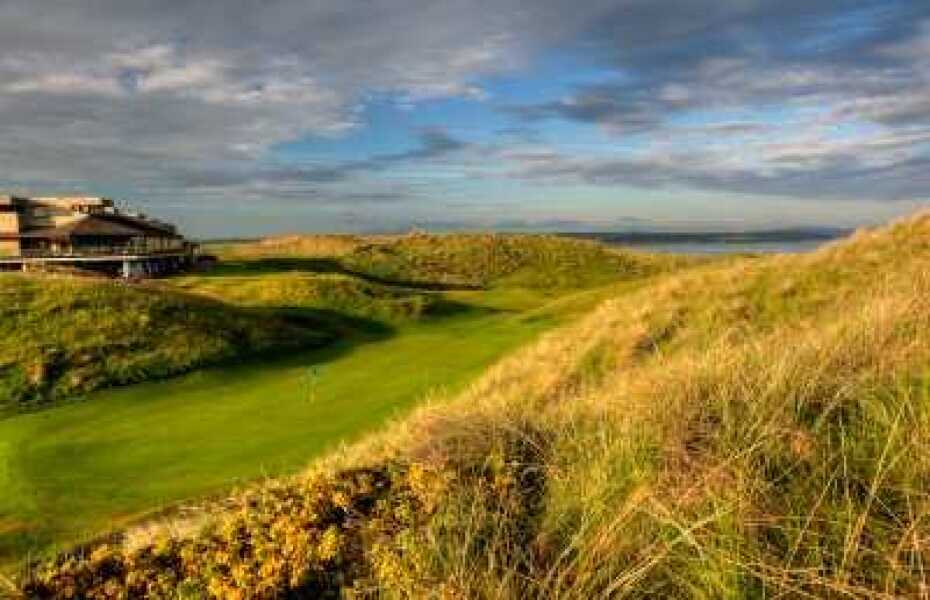 A view from hole #18 at Ballybunion Golf Club - Old Course 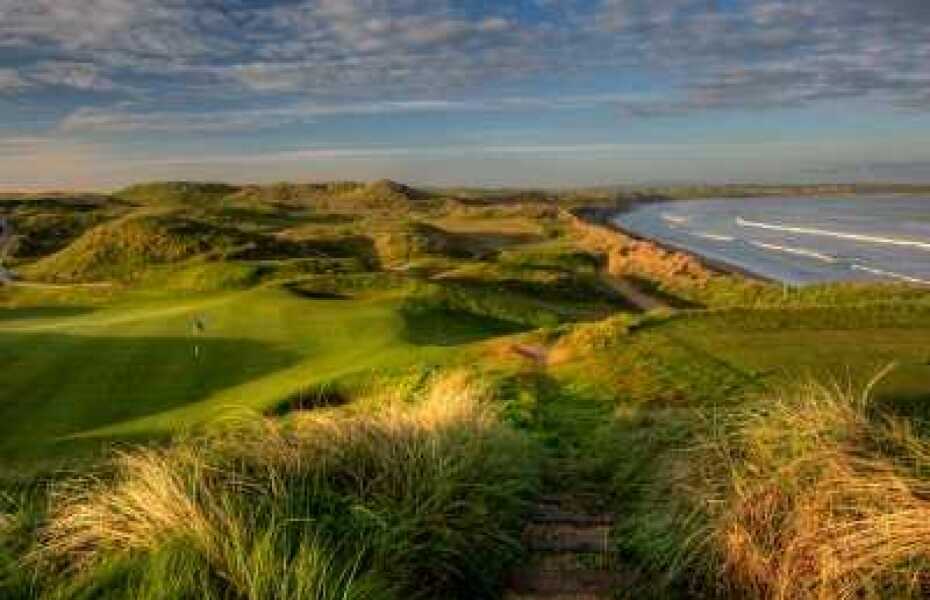