Potomac Ridge is one of southern Maryland's most popular golfing destinations. With easy access from both Prince George's and Charles Counties as well as Alexandria and and Annapolis, the course is a favorite among locals and visitors. It's also conveniently located near National Harbor and it's less than 20 miles from downtown D.C. The golf course is made up of 27 holes that are divided into the Hollow, Meadows, and Ridge nines. The Ridge nine was added nearly a decade after the other two nines. It was also designed by Tom Walker while the original 18-hole course is an Tom Clark design. The Ridge Course is the second longest of the three nines at 3,372 yards but it's only shorter than the Hollow nine by three yards. It's the most challenging nine but they are all player friendly enough to appeal to low and high handicappers alike.

Course Challenges Include:
Elevation Changes 10
Bunkers 7
Narrow Fairways 6
This course/club is great for:
Locals 8
This Course's Location is:
In the 'Burbs 11
Convenient to the City 7

This course is closed now.

This golf course is closed and has been for several years. It is now an agricultural nursery for the most part. It should not be listed.

This is a good layout but the current conditions are pitiful. Almost every tee box was nothing but dirt as were most greens.Apparently, they no longer bother to maintain the course. Also, the pro seemed to not really think the conditions were that bad! STAY AWAY!!!

Do not play this course

Horrible course. In every way possible

lookout for the staff

the staff is very rude, I wont play here anymore

Challenging layout. It had been raining off and on for a few days. Soggy conditions did not dampen our fun. Will return. Good value.

Course was horrible, worse course I played in Maryland. Layout has potential, but course conditions were awful. Grass wasn't cut, bunkers not raked, fairways weren't cut and grass was missing.

Played at 7:30am on a Sunday morning. Was just above freezing when we teed off. Range is really beat up, and course is badly understaffed. I think there was one employee there trying to do everything. He was friendly, but needed help.

Pace of play was great, played 18 holes in 3:45. The Meadows course is pretty beat up, and not especially challenging. The Ridge is in better shape, and is more difficult. It has some pretty severe elevation changes, and some good hole design.

I will play again mid-summer to see if conditions improve.

This course is very challenging and would have been enjoyable had it not been for the rude staff. It was kind of cold and windy the day we played so we were literally the only ones on the course. The staff acted like they were offended that we actually wanted to play, like they wanted to close up and we were holding them up. The pro shop and dining areas were dark like they didn't want us to go there. When we finished 18, everything was closed and the guy was waiting for us with an attitude like we were holding him up. I don't care if I ever play there again. Way too many great courses in the area that appreciate our business.

1st Time out at Potomac Shores

In my opinion, Potomac Ridge is nothing close to some of the bad reviews I had read about it. Had negative thoughts about the place before I played but quickly those were changed.

Course staff was very helpful and friendly. Told them it was my first time playing the course, and a staff member walked with me outside and showed me and told me things I needed to know about the course.

The course wasn't in horrible shape. Just don't show up thinking you are playing at Augusta. Im sure as the weather gets better, that fairways will as well. Greens were in great shape, grass was just a little long on them.

I was playing as a single. Played two balls on most holes and finished in just over 2 hours. (That was with cart path only rule in place as well)

As long as you are one that doesnt think you are the next coming of Tiger Woods, I would recommend this course. Wasn't crowded at all and it definitely beats being in an office.

The golf shop is nearly empty; the staff seems to show less civility; they need to invest funds on the course to bring it back to it's former grandeur. Otherwise, it is set to failure and eventual closure. And, that would be a shame ... it was/could be a great course again.

Don't play this course in the winter

No grass on fairways, greens in terrible condition and no food as kitchen closed for winter. Save your money and play in the summer when hopefully there will be some of the green stuff to play off!

Worth the cost! Rough tee box and fairway conditions.

3 different 9 hole courses the Meadows was my favorite

3 nine hole courses. I played the hollows and the ridge. The hollows was by far the most challenging requiring a straight hitter. Tee boxes not in great condition but overall greens in good shape. Fun course to play

Played Meadows/Ridge 9s with wife in tow on a good GN rate. Had been several years since I had been to course and forgot how many blind shots you must make over the course of 18 holes. Definitely helps to play here with others who play here a lot, but we were just a 2-some. Made for a VERY interesting round since tee shots had a lot of adventure involved...

Had a fair amount of tee boxes that needed some work and bunkers played like wet/rock hard cement. Refused to hit out of one because of the amount of HUGE rocks sitting on the surface. Some greens had some damage and repaired lots of unfixed ball marks on the greens (pet peeve of mine...common folks, takes 10 seconds to fix).

Lots of deer/wildlife on course but best part was pace of play. Allowed one single to play thru who was cruising at mach speed. Finished round in 3hrs 5 minutes. Recommended if you get a good GN rate...

Ditto your comment about ball marks, not just here but almost every where any more. Really people it is not that difficult to fix a few on each green to insure you and everyone else have a nice putting surface.

Played this course because last time I was there it was great. They have 3 nines. The conditions have gone down since the last time I played there. Still a great layout though.

The Ridge and Meadows

The courses were in good shape but brown due to no rain and season (fall) which made the rough of no consequence.
The greens were not as fast as I have been used to here. Greens on the Meadows had been punched so they were pretty bumpy but the roll was mostly true. Would like more yardages indicated on sprinkler heads. I always enjoy playing this course no matter the time of year.

I had played Potomac Ridge a few times almost a decade ago, but hadn't been back for years.

The years in between haven't been good to the course. What once had aspirations to be a "country club for a day" venue is now a scruffy, beat up place. No food to speak of, and the pro-shop is very quiet and nearly empty.

However! That means you can play an interesting course for a good price. Ironically, the apparent lack of watering of the fairways means that the course plays firm and fast, while the greens are still receptive. And, as few people are on the course, the only thing limiting your speed is how fast you want to play. Bottom line - you can have fun, but don't expect much.

You can score. Have fun, but

Price is right as hot deal

Course is in good condition, pace of play during the day is very good as not many golfers out. Staff is ok but not very friendly. 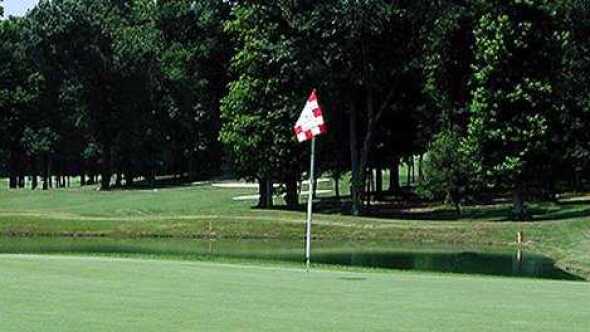 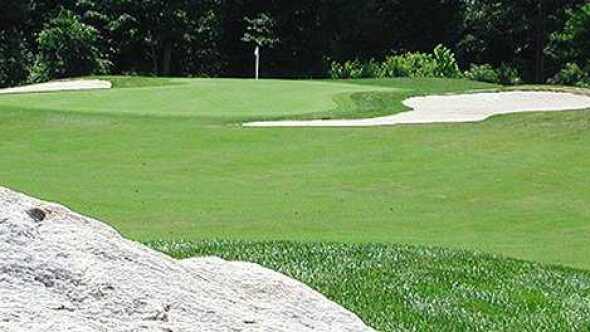 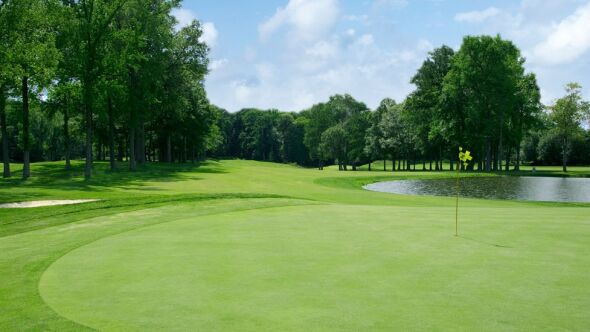 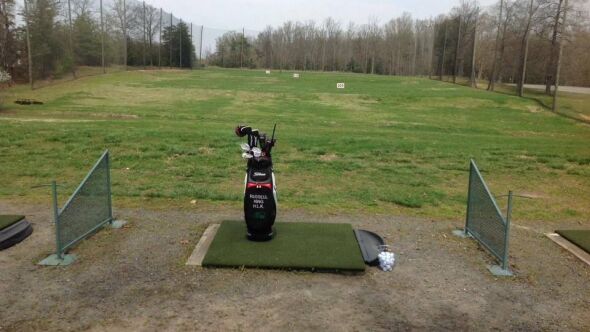 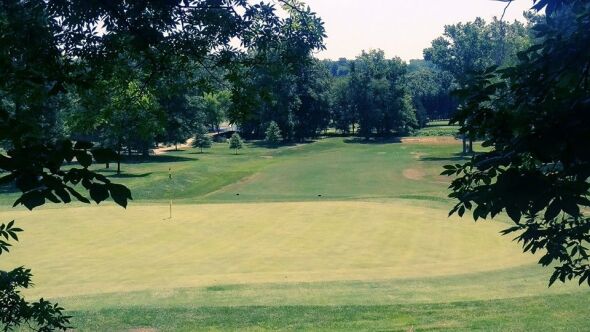 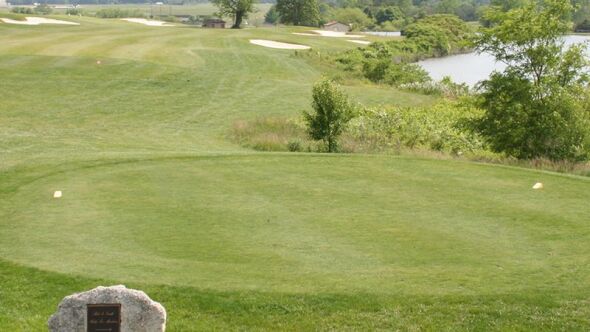 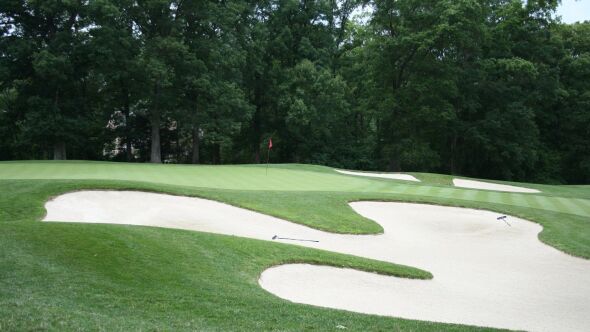 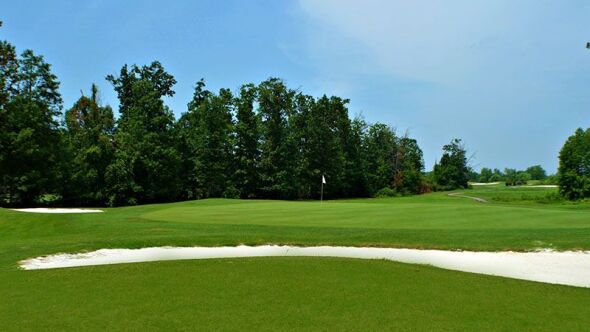 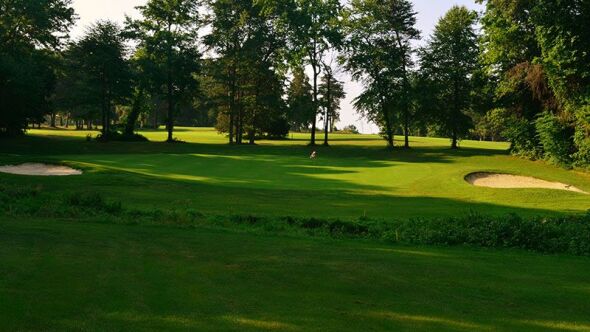 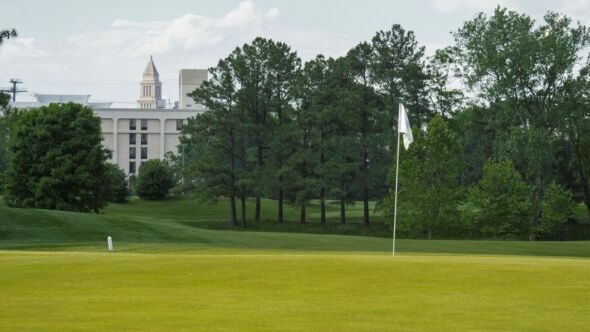 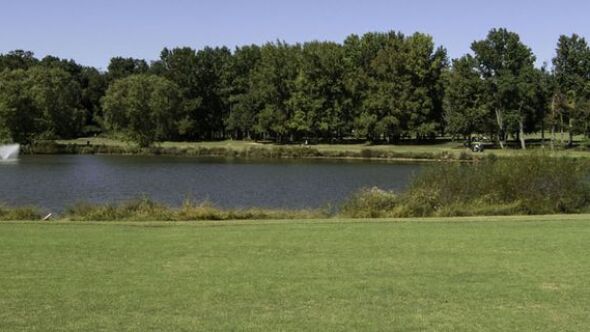 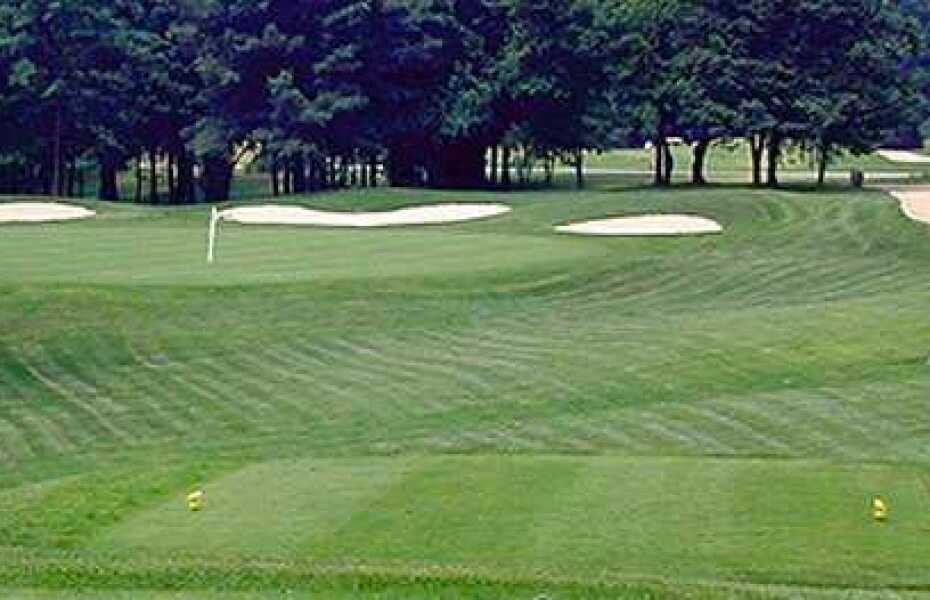