Course Challenges Include:
Water Hazards 8
This course/club is great for:
Locals 10
Beginners 8
Seniors 6
This Course's Location is:
Convenient to the City 8

Course was tough and play speed was great. Most times felt like no one else on the course even though there was. Course could use a little love as greens were rough and fairways were only just fair. Loved the course.. would come back but for a lower cost. Not a $30 course.

This course was so dry it was like playing on turf. The greens were nearly impossible because of all the dead grass. Its really a shame because this course could be really good if it just had some upkeep. We got it on a hot deal so we payed about $20 after taxes, and still I feel like it was too much for what the course was playing like. They also ran out of carts so my buddy had to wait for his when we first got there.

Everything really started to hurt when the superintendent left, and their only other employee alongside him left as well. I really miss how the course used to be and am sad to see it close down.

This course is a pass

They are closing this course later this year in October. Consequently, the rough has not been mowed recently. My playing partner and I spent far too much time looking for golf balls that otherwise would be visible. The greens were in good shape but the rest of the course was not.

You get what you pay for, I guess

Cheap, but that's about it. We called ahead of time since we were arriving late, but we were only playing nine holes and they supposedly close at 9pm so after calling first and being assured it would be fine, we thought it would be. We arrived at around 6:25. We had to check out and load up the cart which took another 10 minutes. After playing 7 holes on an unspiring course with tall fairways, rough greens, and massive craters in the cart path, around 8:20 we were informed that they were closing and it was time to leave. (Despite others still in front of us) They were also kind enough to inform us that it should not take two hours to play 9 holes (at this point it had been less than two hours and we only had two to go). They also told me we had to have checked in before 6pm, despite my phone call from Lexington taking place at 5:50. We apologized and remarked that we thought they closed at 9 and had more time, and they said they expect the cart back by 8:30 which was not communicated to us at any point. Then after abandoning the hole and parking our cart we were given grief about a small amount of trash being in it, despite it being full of empty beer cans when we got it. All in all, it was cheap, but I'd rather spend $6 more at Thoroughbred in the same city and not be made to feel like I'm not welcome, or not good enough to play at the course. Customer service is the big downfall here, your course is not even close to good enough to treat your guests this way. Will not be back.

Tee boxes played like the rough. Teeing up the ball still felt like hitting the driver off the deck. Fair ways were very patchy with bare hard spots everywhere. Rough cut was aweful with old grass clippings everywhere making finding a ball just 5 yards in the rough nearly impossible. Greens were fair. Bunkers were nothing more than raked dirt/mud pits. Cart paths, when they existed were cracked, buckled from tree root expansion, and had major holes: Borderline dangerous to drive on. Overall would not recommend this course.

Better courses available - I do not recommend

First off, if you’re in here you’re looking for deal. So, that’s my main critique for this course. The price for 18 holes is $24 I believe, so it’s usually cheaper just to pay there during the week, including tax. That’s not a terrible price, however other courses in Lexington offer the same price (or cheaper) for a round on a course with much nicer conditions. I didn’t want to write a review, but time and time again I’m disappointed. Their best deal are cheap buckets of balls on the driving range. In terms of course conditions, every fairway has been overtaken by weeds or dryness - you’re lucky to get a great shot off the fairway. I don’t believe the 4 greens on the back nine have been repaired yet. Greens do not roll true, however take my opinion with a grain of salt as I’m not a professional. Much of the staff is nice, and the others, well, certainly aren’t. They do not offer memberships, which is terribly baffling.

Long story short, find a better course 5 miles down the road. Lone Oak is not absolutely terrible, but I can’t recommend the course compared to what else is out there. Oh, and good luck finding a ball.

4- holes had recently been under water and they put the pins in the fairways. Which are still dormant. The course is a couple of months away from being in good shape.

Fairways are unbelievably dead. The greens are basically baseball fields with how dead they are. The greens are riddled with bugs because they don’t maintain them or spray them. Course layout plays like it was unplanned or didn’t have enough space to carefully spread out each hole. Staff was friendly however. But that won’t keep me coming back. They don’t bag the leaves that fall on the ground and riddles the fairway (good luck finding your ball). Needs too much maintenance to even make it somewhat rival other local courses.

That was bad for any golfer

Course is more than ran down ... greens are half dirt and the fairways are Brown

Maybe a good course at one time?

Shouldn’t be able to lose a well hit ball in the fairway multiple times throughout the day. Greens look to be in good shape but are rugged as well.

nDchafin
Played On 03/23/2019
Reviews 1
Skill Intermediate
Plays Once a week
I Recommend This Course
5.0
Previously Played

This is an absolute GEM! This course is beautiful, and the staff is extremely friendly. Well worth the 25 minute drive from Lexington to play. This was not my first time playing there, and it sure won’t be my last.

Most of the Fairways and tee boxes were ok but the greens were in such bad shape that they made putting very difficult nor could the greens be read. There were no notes or information when I booked the tee times so I didn’t know what poor shape the course was in until we arrived to play today. I paid for all three players up front and couldn’t get refunded even if I had requested. Will definitely not return to play lone oak golf course again.

In short many of the back nine greens need major repair. The cost of playing should have been half or less. Honestly it’s terrible. They need to be ripped up and reseeded.
The course was nice in other areas but to charge full price was unfair. I like the course but it needs some work back there. Better to skip those holes and replay some of the other holes.

I will not be playing this course in remaining 2018;
it will take that long for the greens to be maintained
properly; they are in BAD shape !!

This course has really declined in the past couple of years. Crabgrass has infiltrated many fairways, the rough that was mowed was covered with long deep strips of dried clippings. Several greens were plagued with mold.

Not worth even the GolfNow rate we paid today.

Great for the price

I think this course is better than some reviews indicate. It isn't the best course in the world, but it is very playable and I think a fun course for the price. I'll be back.

Lone Oak Golf Course was in great shape. The greens were moderately fast, the fairways grass is beginning to thicken to it's summer standards, and the rough was mowed low enough so that balls on errant shots could be located. Friendly staff, and friendly members. 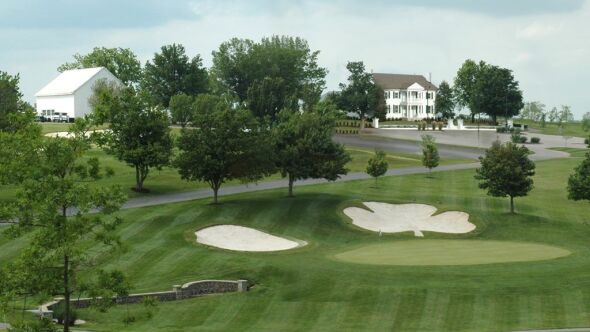 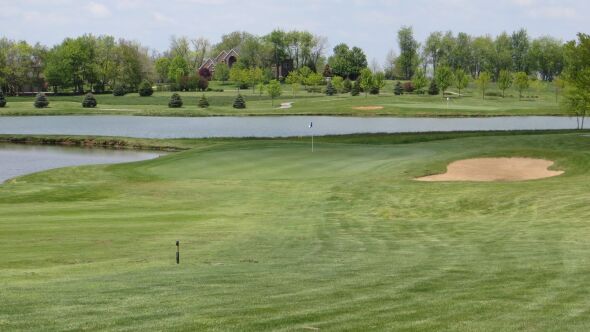 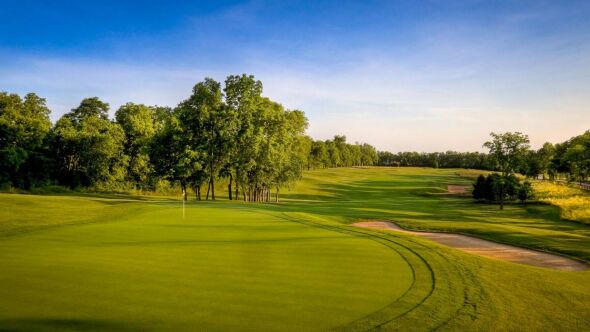 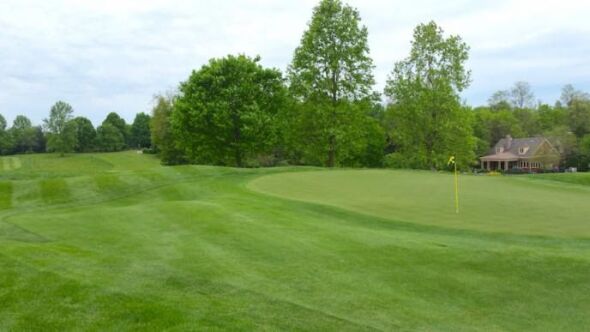 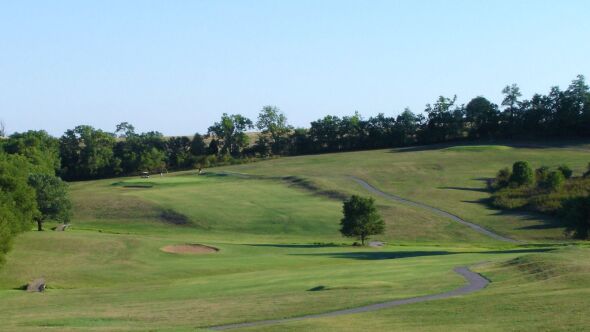 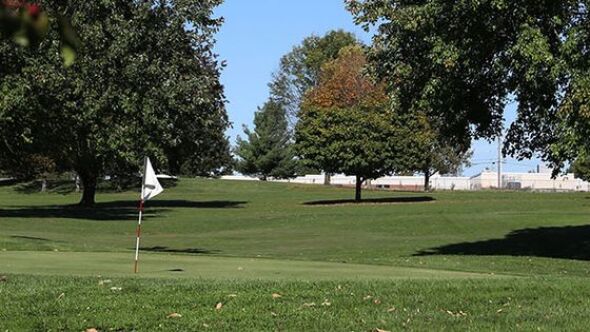 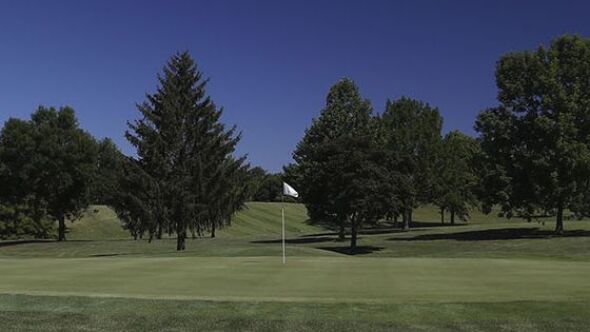 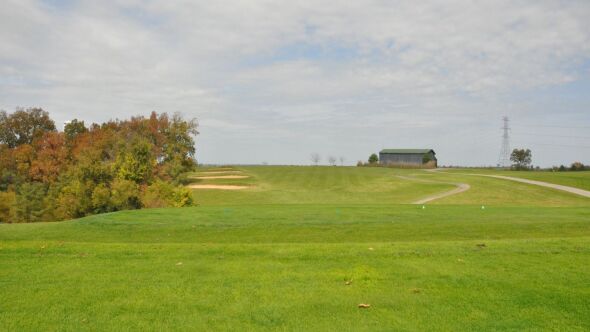 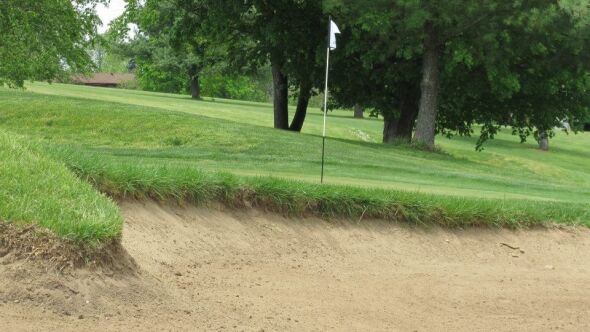 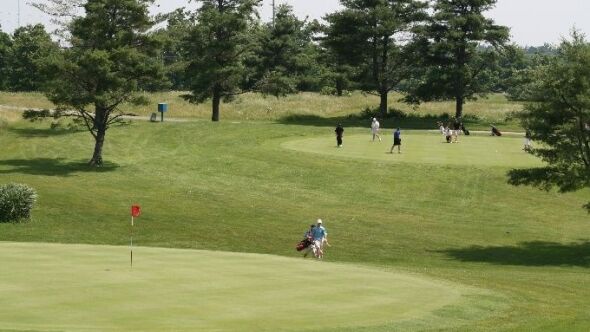 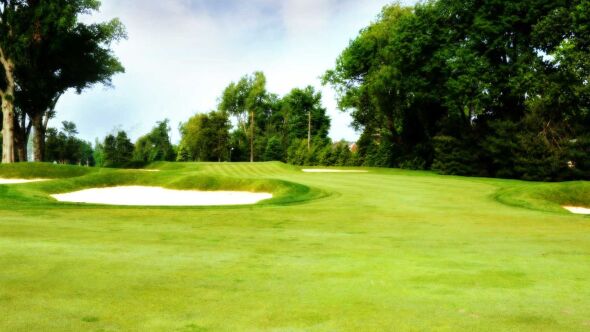 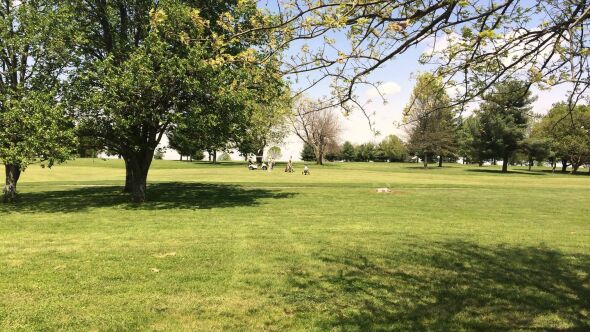 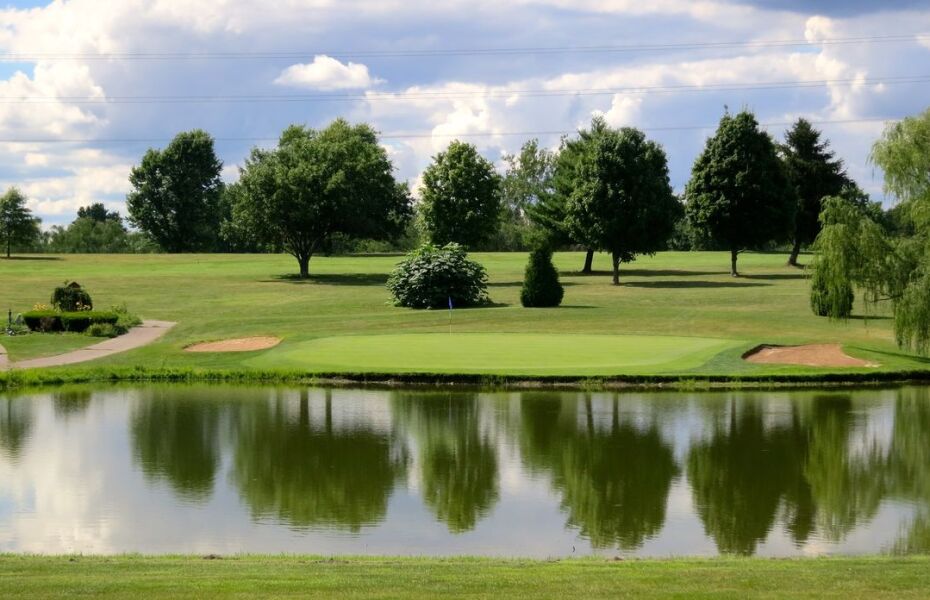 A view over the water from Lone Oak Golf Course 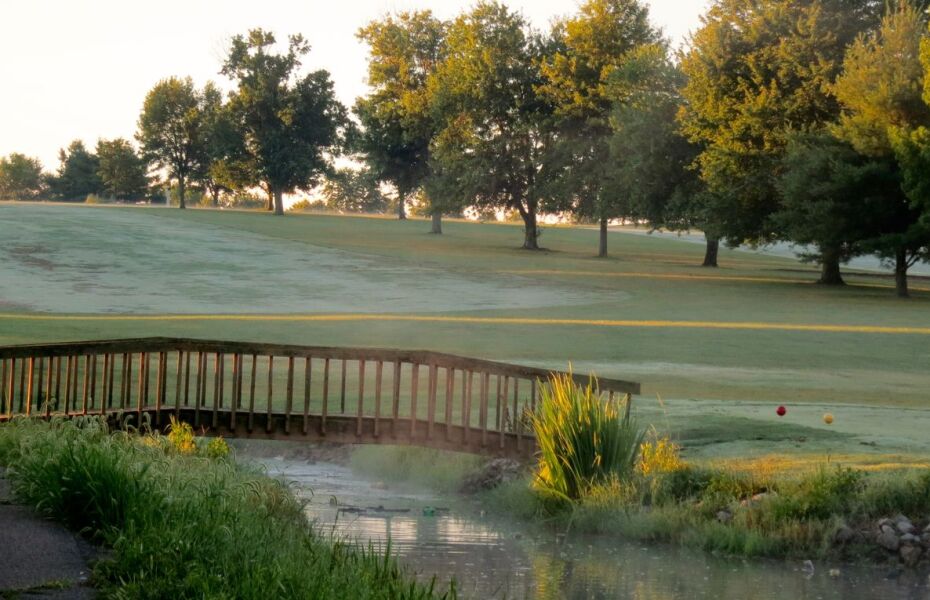 A view of a fairway at Lone Oak Golf Course 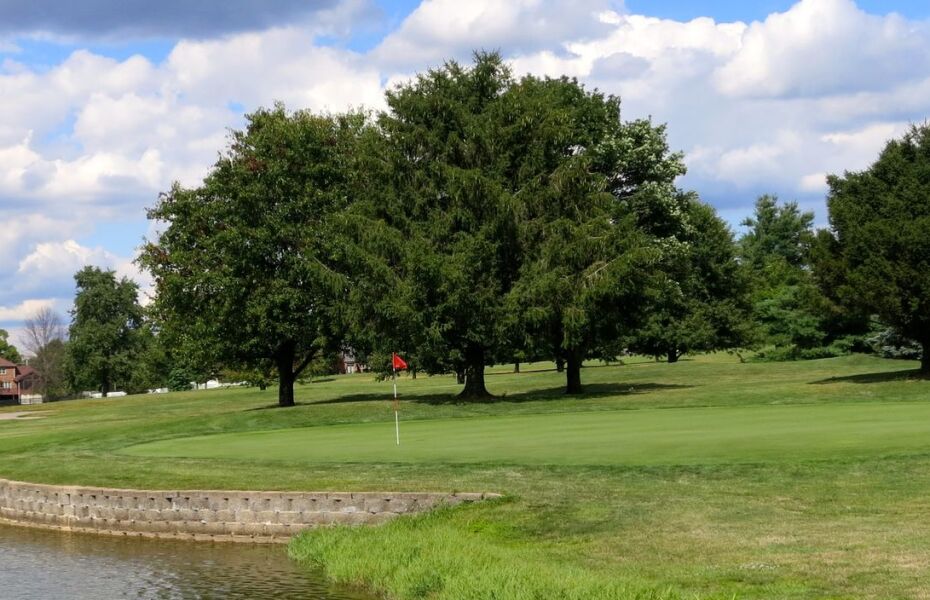 A view of a hole at Lone Oak Golf Course 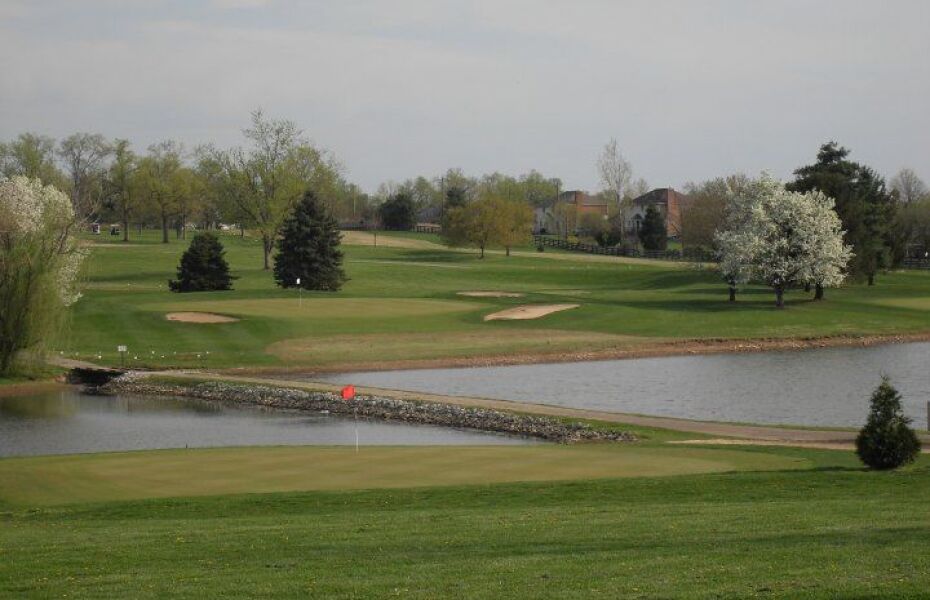 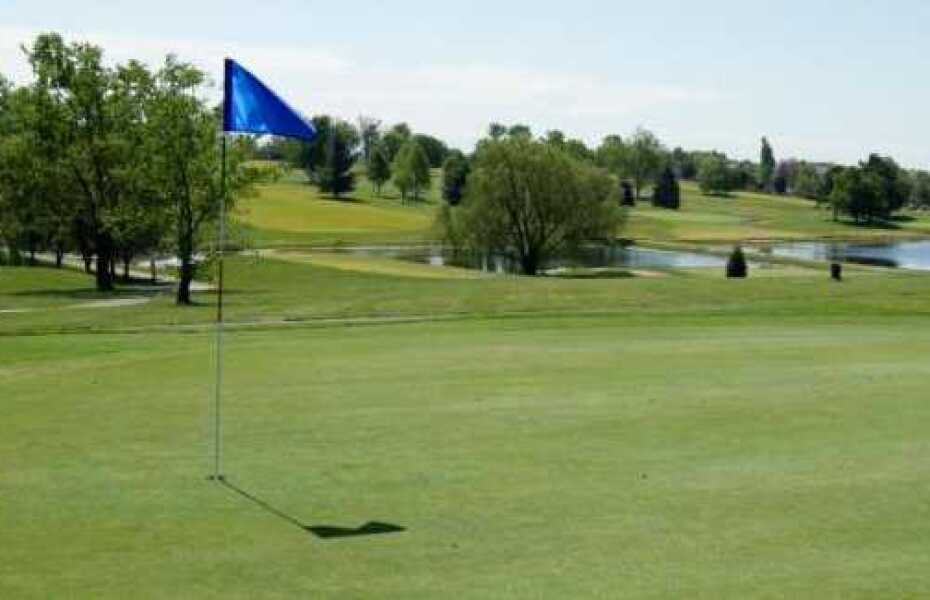