The new ‘Open Doctor’ is in

It has been a long and prosperous run. Rees Jones will effectively hang up his white coat after the final putt is holed at Torrey Pines South and the 2021 U.S. Open concludes.

He's not retiring - his firm has several original and renovation projects ongoing - but the mantel of "Open Doctor" is about to pass from him to Gil Hanse.

Jones earned that nickname more than 30 years ago when he was hired by The Country Club in Brookline, Mass., one of the six founding clubs of the USGA, to get the course tough and ready to host the 1988 U.S. Open. His successful effort at Brookline opened doors at several of America's prestigious championship venues from coast to coast.

One of two sons of prolific midcentury-modern master Robert Trent Jones, Sr. (RTJ Jr. is the other), Jones would have a hand in shaping the modern history of competitive golf through the molding of courses that have held the game’s biggest championships. In addition, since 2004, the PGA Tour’s annual schedule has finished up with the Tour Championship at East Lake Golf Club, which Jones renovated in 1994 and again in 2016.

After 22 majors and four Ryder Cups on courses he has touched, as of this week, the 2025 and 2029 Ryder Cups at Bethpage Black and Hazeltine, respectively, are the only such events scheduled at courses Jones has worked on.

Philadelphia-based and trained by contemporary architect Tom Doak before embarking on his own career, Gil Hanse is the heir apparent to Jones' Open Doctor title. After bursting on the world scene by designing Rio's Olympic Golf Course, Hanse gained further exposure last September, when Winged Foot West gleamed as the 2020 U.S. Open host.

When the U.S. Open returns to The Country Club in 2022, it will symbolize a real passing of the torch, or white coat. Despite a history with Jones, the venerable club sought out Hanse when preparing to host the 2013 U.S. Amateur. He restored the course to an aesthetic that would have been more familiar to Francis Ouimet, who won the 1913 U.S. Open there, than previous iterations.

Brookline is not the only club to ask Hanse to undo Jones. At Baltusrol’s Lower Course, he restored original architect A.W. Tillinghast's bold greens and brought back his hairy, irregular bunkering. Hanse's efforts will have had a chance to mature nicely by the time the course hosts the 2029 PGA Championship.

At nine-time major championship (and 2004 Ryder Cup) host Oakland Hills South, where Hanse has completed a massive, two-year restoration effort that not only wipes out the work by Jones in the 2000s, but that of his father dating back to the 1950s, when Robert Trent Jones, Sr. made a "Monster" out of the original design by Donald Ross.

If the 2022 U.S. Open is a transfer of power, the 2023 U.S. Open will be Hanse’s true coming-out party as the new Open Doctor. His restoration of host Los Angeles Country Club’s North Course was even more transformative than his work at Brookline. Starting in 2006, Hanse, associate Jim Wagner and a classically trained band of shapers – “Cavemen,” they call themselves – restored and modernized the George Thomas design, bringing it to new heights of prestige among discerning golfers. The 2017 Walker Cup at L.A.C.C. offered a tantalizing glimpse at the width, angles, setup flexibility and firm, bouncy turf that the course now offers. All of these features fall neatly in line with Hanse’s overall design philosophy.

Other Hanse-influenced courses slated for major championships include 2022 PGA host Southern Hills Country Club in Tulsa, Okla.; 2026 PGA Championship host Aronimink Golf Club and the yet-to-open West Course at the new PGA Frisco resort in Texas, which has already been granted the 2027 and 2034 PGAs. Though fellow contemporary classicists like Bill Coore & Ben Crenshaw (Pinehurst No. 2) and Andrew Green (Congressional, Oak Hill East, Inverness) have also erased some modern renovation efforts at championship venues with their own talents of historic preservation, it appears Hanse is the main figure in this space for the foreseeable future.

This embrace of more strategic, classically focused championship golf is a departure from the linear, execution-based demands that have characterized the work of the outgoing Open Doctor. It coincides with a clear change in philosophy as to course selection and setup by the likes of the USGA and PGA of America. Both organizations have increasingly brought their flagship championships to roomier courses that amp up the challenge on and around the greens, relying slightly less on (though certainly not abandoning) super-narrow fairways and nasty rough to defend par.

For the rest of the golfing world, Rees Jones’ courses are not obsolete – indeed, many remain popular and well-ranked among golfers – but it is clear that a new era of championship golf course architecture is well underway.

This imminent shift in course setup will come as a relief to some pros, who in the past have expressed dissatisfaction with the Jones style.

Speaking at the 2011 PGA Championship at Atlanta Athletic Club, Phil Mickelson - who won the '05 PGA at a Rees-ified Baltusrol - said the course was "a perfect example of how modern architecture is killing the game," based on the overwhelming emphasis on precise, aerial play throughout the layout.

Of then-BMW Championship host Cog Hill, Mickelson said just a few weeks later, "There’s really no shot-making here that’s required," adding "I’d love to see a Gil Hanse or...guys that really know what they’re doing come in and create something special" at the Chicago-area complex. Newly armed with major championship exemptions to last through his mid-50s, it sounds like Mickelson will get his wish.

Occasional rousing from pros aside, Jones leaves a legacy of stout championship tests that have produced worthy winners and plenty of drama. It's safe to assume Hanse would be grateful for the same in his own tenure as Open Doctor. 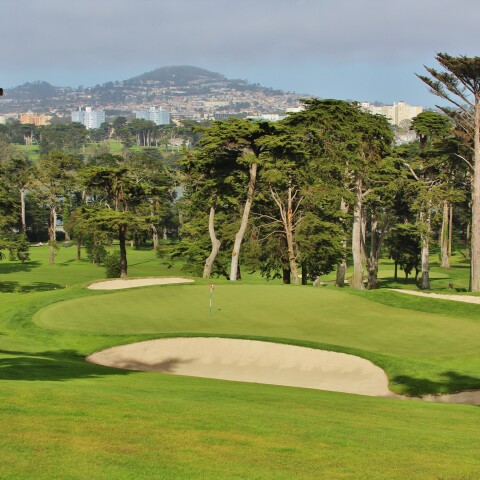 Articles
Top 20 golf architects who most influenced the majors 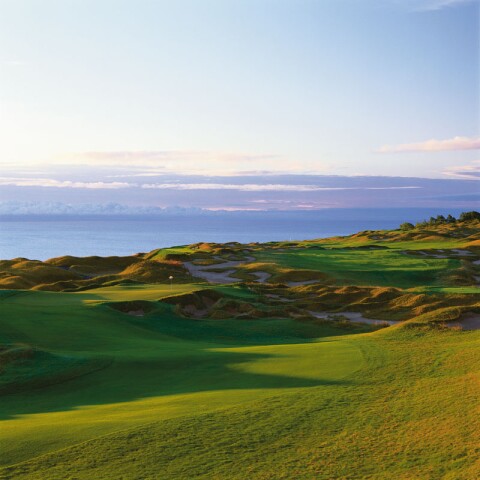