Golf course architecture has often been a family affair, and no surname has been more prolific than the Joneses. Between father Robert Trent Jones, Sr., elder son Robert Trent Jones, Jr. and younger son Rees Jones, there are nearly a thousand courses bearing this name, spread across not just North America but every corner of the globe.

After spending a decade working for his father, Rees struck out on his own, with Arcadian Shores Golf Club (1974) in Myrtle Beach as his first solo design.

Over the next 30-plus years, Jones would refine his style, which maintained his father’s tendency toward more straightforward golf with some extra bulk added, thanks to technological advances to and increased availability of powerful earthmoving equipment throughout the later 20th century. As a result, you’ll often find his courses to be “right in front of you,” with little in the way of intentional deception. Many Rees Jones courses feature significant “containment mounding” along fairways, creating a sense of separation that marketers often used to promote a course’s feeling of exclusivity.

It’s no surprise, then, that Jones would get the commission to design several very private clubs’ courses during this time. Ocean Forest Golf Club (1995), located in Sea Island, Georgia, is one such design, as are the exclusive RedStick Golf Club (2000) in Vero Beach, Florida and Nantucket (Ma.) Golf Club (1998).

Several resorts and public facilities also feature Rees Jones’ work. His course at LPGA International in Daytona Beach, Florida, is a prime example of his maximalist style, and rates top out at less than $100, even in the prime season. Other highly-rated public courses of his include Blackstone National Golf Club (1999) in Massachusetts, Echelon Golf Club (2006) outside Atlanta and Falcon’s Fire Golf Club (1993) in Orlando.

In addition to his many original designs, Rees has carved out a lucrative niche for himself in the game, as for much of the last 35 years he has been known as the “Open Doctor” - the USGA’s go-to architect when it comes to beefing up certain courses in preparation for hosting the U.S. Open. Jones’ first such charge was The Country Club, to ready the historic Boston-area club for hosting the 1988 U.S. Open. 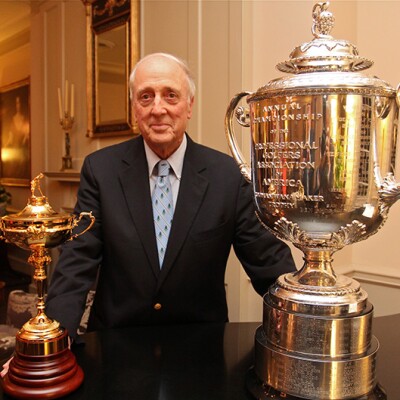 Recent trends in golf course design have somewhat left Rees Jones’ most well-known work behind, but he and his stable of associates, including Greg Muirhead, Bryce Swanson and Steve Weisser, have proven willing and able to adapt to the prevailing contemporary architecture trends: less earth movement, more austere bunkering and a focus on greater playability. Jones’ TPC Danzante Bay (2016) in Loreto, Mexico is one of the best resort courses built in the 2010s, and he and his team have refined several existing courses, including BallenIsles Country Club’s South Course (2019), in Palm Beach Gardens, Fla., for an aging core golf population. 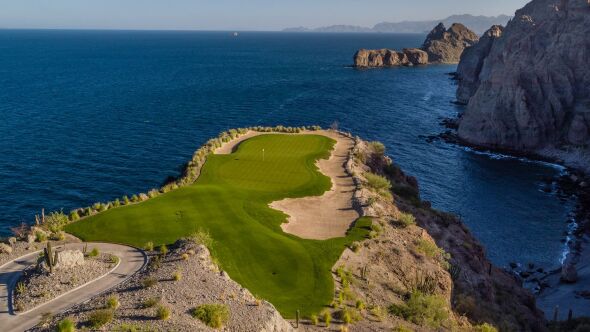 Articles
3 Min Read
Rees Jones -- A Golf Odyssey Conversation
We recently caught up with golf course architect Rees Jones for a GOLF ODYSSEY Conversation. It’s been a banner year for Jones, whose remodel of Bellerive Country Club was the stage for the enthralling 2018 PGA Championship. He was particularly excited to talk about his new TPC Danzante Bay course perched on an idyllic bay near Loreto, Mexico.
By Golf Odyssey