No sport's playing fields take more of the spotlight during the biggest events than golf. Madison Square Garden may have more history than the Crypto.com Arena, but the Knicks play on a court made of the same materials, with the same dimensions as the one where the Lakers play.

A basketball game, therefore, is a two-way struggle: one team of players against another. A golf tournament, however, features hundreds of contests-within-the-contest, not just between players and each other, but between each player and the golf course. The fact that there are so many of these struggles going on makes every shot inherently interesting, especially when the course has the dynamic personality and panache Southern Hills Country Club exhibited throughout the 2022 PGA Championship.

It started with Gil Hanse, Jim Wagner and their merry band of Cavemen builders and shapers, who in 2019 helped the course become its best self, full of sweeping contours, bold rolls and subtle ripples, combined with an ethos embracing firm turf tee to green. As a result, short-side misses saw balls bound down several yards away from pins into low grass areas and bunkers.

Those fascinating bunkers. Instead of the fine, blinding-white sand that is increasingly favored by prestigious clubs and even ambitious public courses, Southern Hills' sand is coarse, sourced from Ohio, a pebble-speckled blend called Tour Signature. They became a story early on in the week, when Ian Poulter showed a scuffed wedge on Instagram with an admonition that greenside bunker shots would spin far less than the best golfers in the world are used to.

Really cool insight from @IanJamesPoulter on the Southern Hills bunker gravel and its effects on spin and club face grooves 👀 pic.twitter.com/ktYn1vagm6

Instead of a haven for errant shots - how often do you see pros chirp "Get in the bunker!" during a normal event? - Southern Hills' bunkers were far more like the hazards they were meant to be. Short-sided misses typically left players with little hope of getting within 10 feet, instilling an unfamiliar fear that no doubt reverberated back to their approach shot plans.

The bunkers contributed significantly to the ultimate outcome, rewarding the player who adjusted quickly to their unique texture. In Sunday's final round, Justin Thomas was 5-for-5 on sand saves. 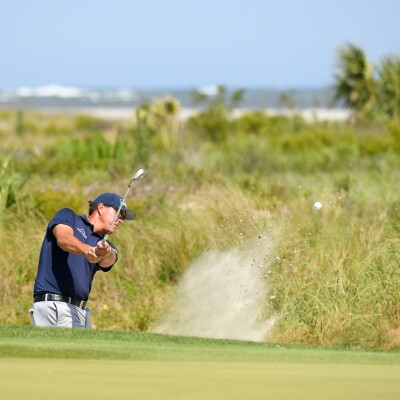 Articles
RELATED: Why golfers should be allowed to ground their clubs in the sand

Those who tuned in to tournament coverage and analysis all week probably heard the term "Maxwell Rolls" enough times to build a drinking game around it. But it's not just shorthand for Southern Hills' original architect's style. It's the defining theme of the greens not just there but at other Maxwell gems like Old Town Club in North Carolina and Prairie Dunes in Kansas. It's also a significant part of the challenge at Augusta National Golf Club, where only original architect Alister MacKenzie contributed more to the molding of that particular course than Maxwell. Comparisons between Southern Hills and Augusta were many, generous and accurate throughout the week's coverage.

What enabled the greens to shine all week was the sensible speeds at which they were maintained. Credit here goes not just to PGA setup czar Kerry Haigh, but Hanse, Wagner & company. In their pursuit of a faithful restoration of Maxwell's work at Southern Hills, they preserved the significant pitch of greens like 9 and 18, and the internal contours of most others, even though it meant the club would be limited in the green speeds they can pursue.

Private golf clubs are in perpetual competition to see whose greens are the fastest, even spending considerable money to soften slopes and destroy interesting architecture in order to achieve gaudy Stimpmeter readings. By opting out of that ego contest, Southern Hills rose above dozens of its peer facilities. The greens were just fast enough to cause trepidation on downhill and sidehill putts, but they rewarded those who left themselves below the hole with the chance to be aggressive.

The combination of Southern Hills' bunkering and its superb greens made for great viewing throughout the week and played key roles in identifying its latest worthy champion. Here's hoping future major championship venues can take the hint, and here's hoping Southern Hills hosts its sixth PGA Championship soon. It showed this week that it has the chops to be every bit as iconic as America's coastal championship venues. 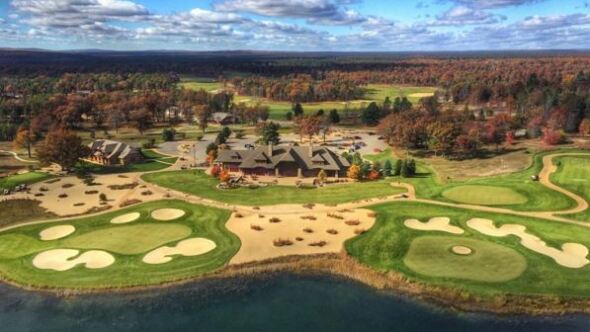 Read more about golf course architecture
From lists of all-time great architects to explainers on key principles, this is the place to deepen your love of the unique places where we play.
ArchitectureTurf talkEvents

By Jason Scott Deegan
Read More
Load More
Popular
5 golf tips that could turn your driver into a strength
2022 U.S. Open Championship: a hole-by-hole-guide to The Country Club in Brookline, Massachusetts
Women's golf fashions I love
June 2022: Secrets from the World of Golf Travel
Editorial Staff