A King's Legacy: Arnold Palmer made everybody he met feel special 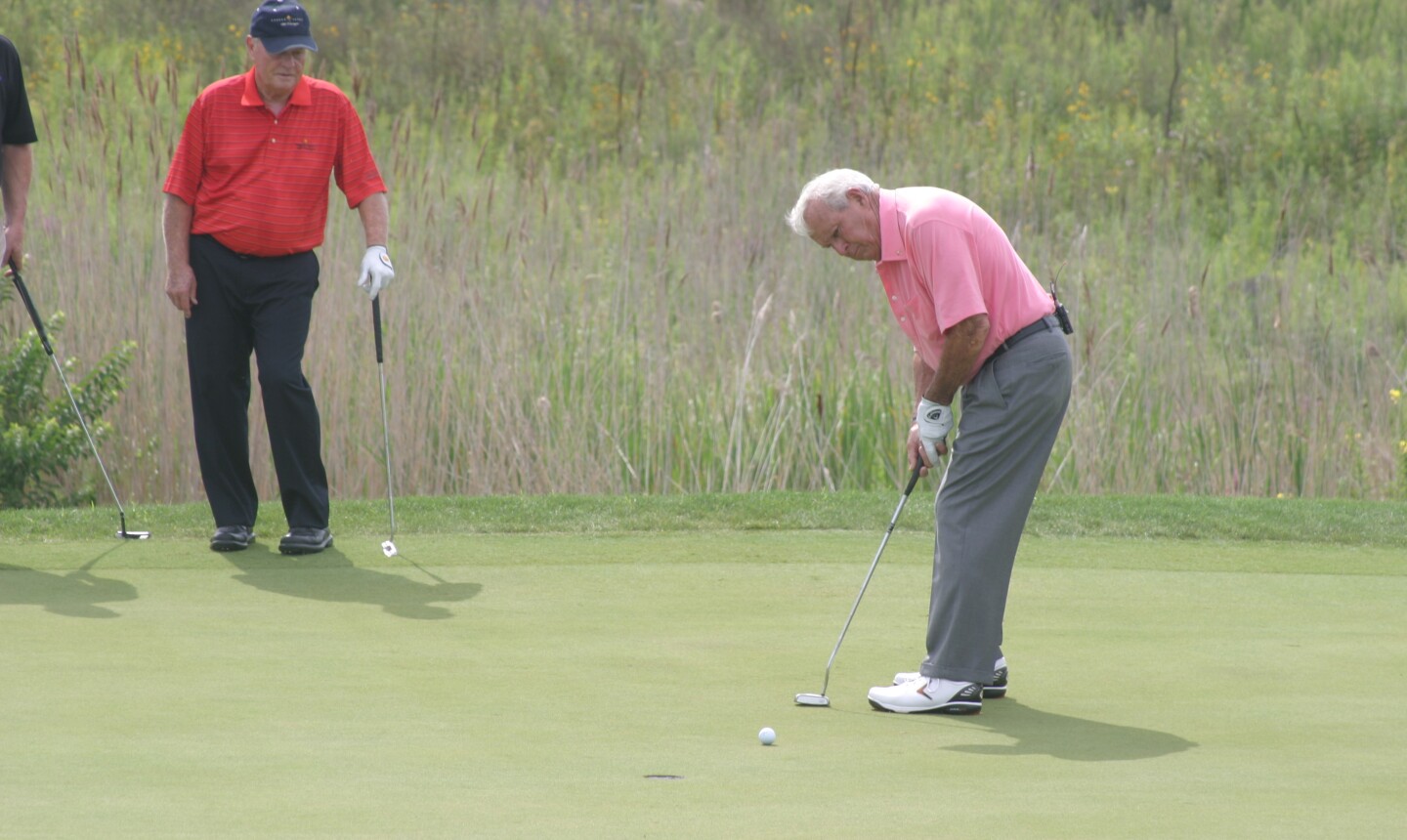 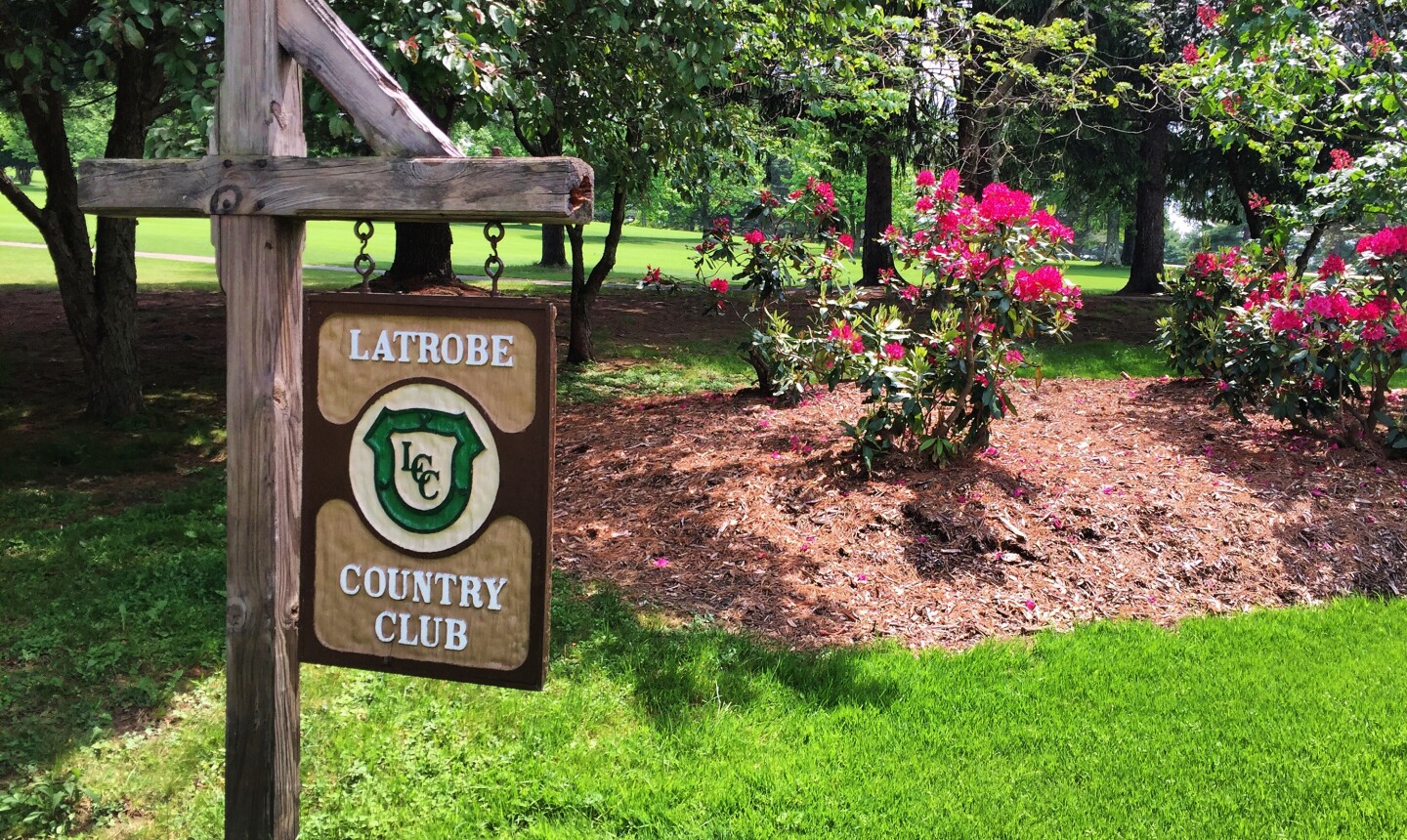 Arnold Palmer never forgot his roots. He kept a house and office across the street from his beloved Latrobe Country Club in rural Pennsylvania where he learned the game. Jason Scott Deegan/Golf Advisor 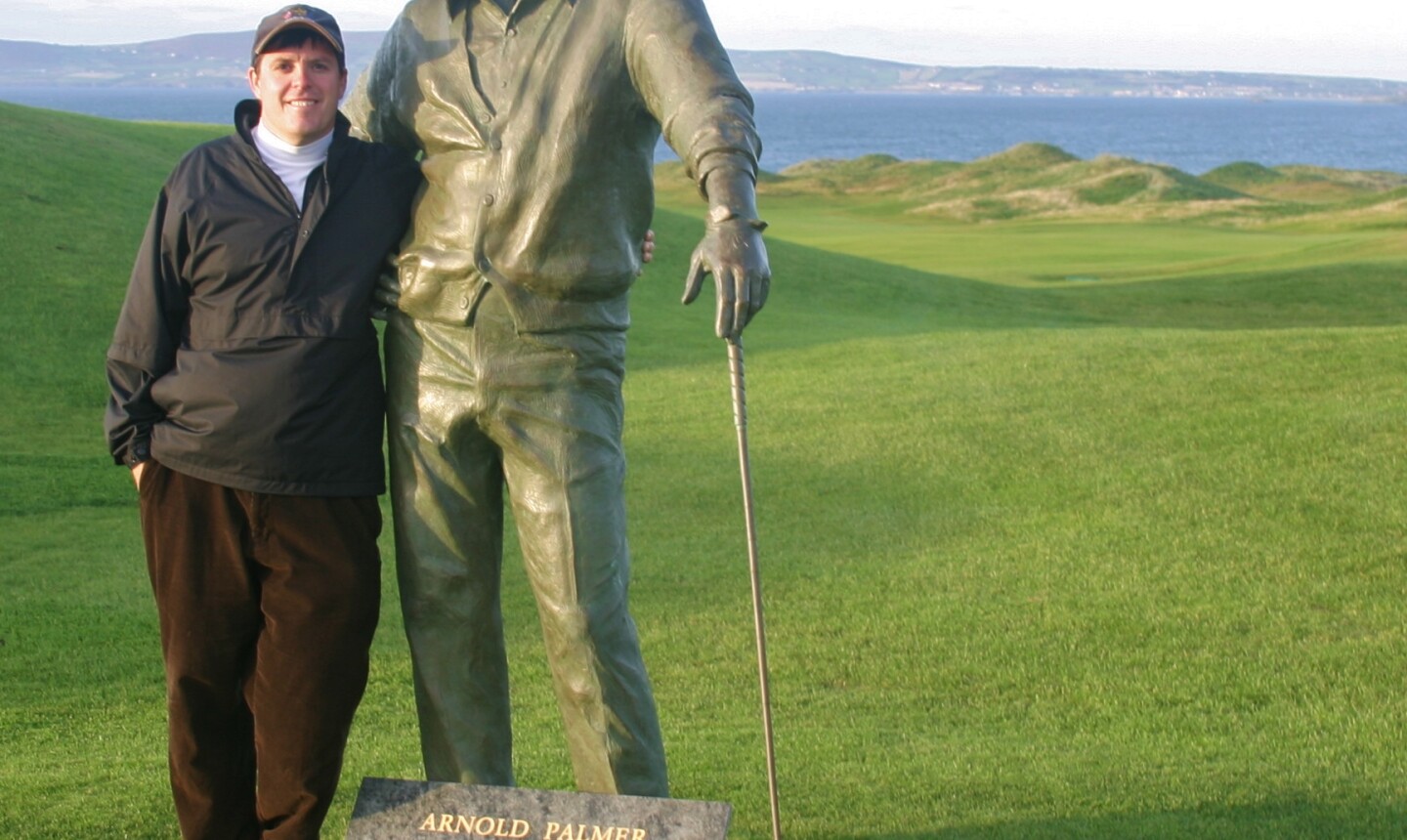 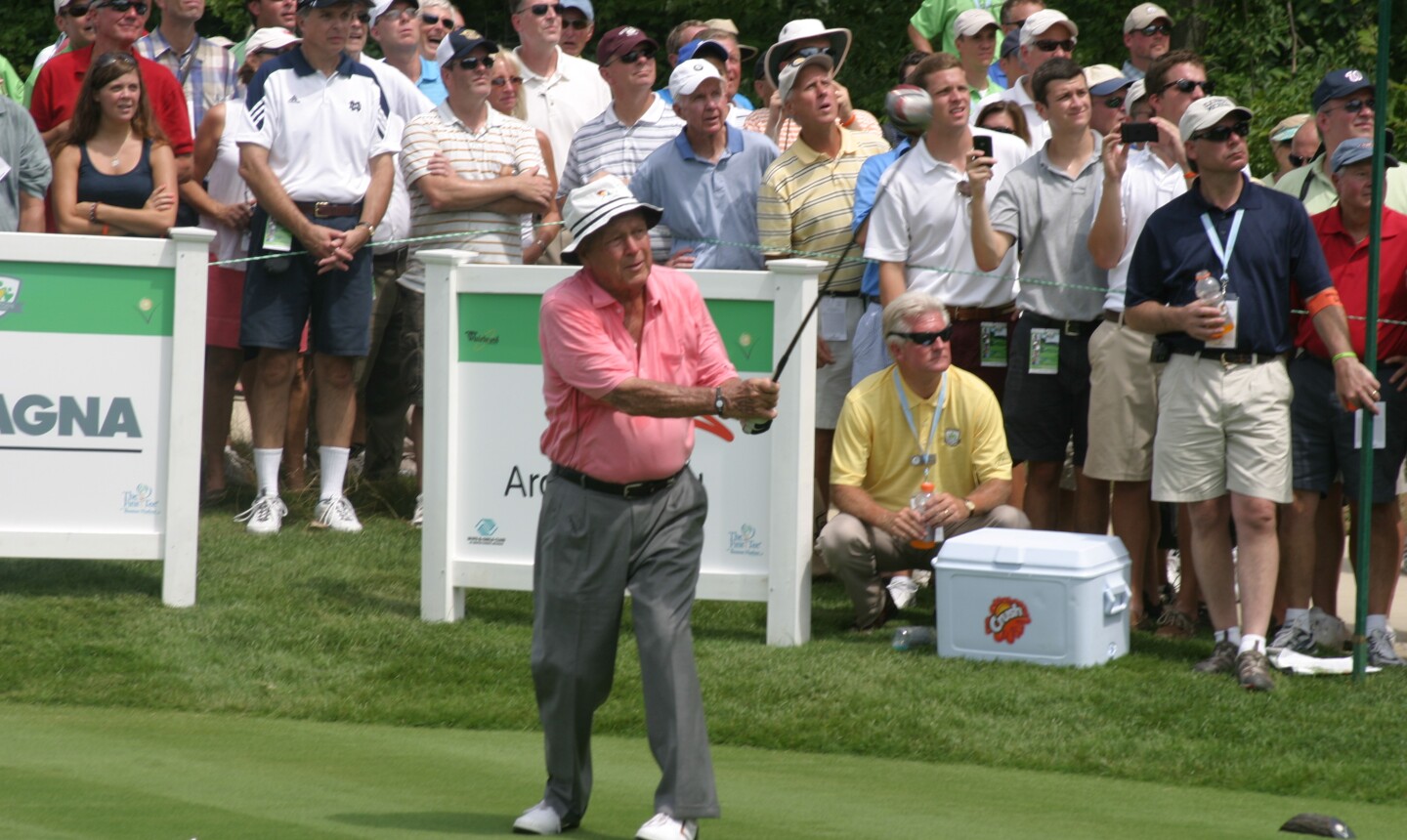 I thought nothing could surpass the heart-pumping adrenaline of sitting at the 50-yard line inside the press box at Michigan Stadium, watching future Heisman trophy winner Charles Woodson beat Ohio State, leading the Wolverines to an eventual co-national championship in 1997.

Then I shook Arnold Palmer's hand.

I've collected plenty of grand memories being a sports/golf writer -- covering Ryder Cups, PGA Championships, bowl games and "March Madness" and playing golf around the world -- but the day I shook Palmer's hand inside his office in Latrobe, Pa. earlier this summer felt like something truly special. I did what every journalist shouldn't do -- I let my emotions get the best of me. I felt like a starry-eyed and awestruck 10-year-old meeting his idol. I think I was wired for the next two hours from the whole experience.

It was a chance meeting, and a quick one. Few words were necessary. It was obvious his health was fleeting. I'm just glad I got one last chance to pay my respects in such an intimate place where few people go. The King died Sunday at age 87. The whole kingdom of golf is in mourning.

Meeting Palmer felt like greeting the Pope or the President or Gandhi. You know you aren't worthy. You soak up every moment. His impact on golf cannot be overstated. Palmer wore his crown with grace and humility.

I owe him my livelihood. He made golf popular for the masses. He co-founded Golf Channel, where I work. He designed one of my all-time favorite courses, Tralee Golf Club in Ireland, a place where I may someday ask my children to scatter my ashes.

I'm hardly the only one who feels such a bond with the King. My Facebook page lit up yesterday with tributes. Almost everyone who works in golf has their Palmer story. One friend has a Palmer signed flag hanging in his man cave. Another media friend still cherishes an interview with the King that went longer and more intimate than he could have ever imagined.

Palmer had that knack for making everybody feel special. He wasn't a drive-by celebrity, where he would give you the obligatory selfie and move on. He would look you in the eye, get to know you as best he could in the time allowed and make any conversation a memorable one. He had a gift, and that gift was passed around the globe wherever he went.

Palmer had so many magic moments on the golf course. He looked good and played great during his heyday in the 1950s and '60s, eventually winning 62 times. His seven majors earned him four green jackets at The Masters and his victories at the 1961 and 1962 Open Championships ignited that event to international fame. He had swag before swag was a thing, attracting legions of fans called "Arnie's Army." In spite of all those accomplishments, his lasting legacy is how he treated people.

I remember how crowds adored him at two different charity events I covered in Michigan. I stood on a tee box at the Country Club of Detroit at the 2004 Turning Point Invitational watching Palmer make a few ladies blush with a simple wink and a few children giddy with glee when he knelt down to talk with them. Even in a foursome with greats Johnny Miller, Tom Watson and Jack Nicklaus at the grand opening at Harbor Shores Golf Club in Benton Harbor, Palmer stood out. The crowd would call his name and beg for an autograph.

It speaks volumes that Palmer never forgot his roots. He kept a home and office in rural Pennsylvania across the street from Latrobe Country Club, where his father, "Deacon," built the back nine. He went big-time and still stayed grounded.

So many of his contributions will live on -- his courses, the PGA TOUR event at Orlando's Bay Hill Club & Lodge, the drink called an "Arnold Palmer," the Arnold Palmer's Children's Hospital and Winnie Palmer Hospital for women and babies -- but the world of golf won't ever be the same. It will never have another King.

Where the magic happens at the office of #ArnoldPalmer - his workshop across the street from #LatrobeCC ... Did you know the King loved to regrip and tinker with his own clubs? #clubheaven #whyilovethisgame #livingthegreen #GolfAdvisor #2016USOpen #Oakmont

A photo posted by Jason Scott Deegan (@jasondeegangolfadvisor) on Jun 2, 2016 at 5:08pm PDT

I watched him play at the Portland (Oregon) Open in his later years. Seeing him was electric. He played with such abandon. He'd be all over a hole but getting close to the green, he was magic. No one says this but I'm sure he missed more 12" putts than any touring pro ever. When he didn't make it from 50 feet, he'd bounce on up to the hole and swipe at the ball, and miss! But when he did that he'd come back and birdie the next hole to make up for it. He'd probably have parred the hole except for having to make up for that last putt. I watched his televised funeral and it was a fitting tribute to him, The King.

Tim Gavrich
Senior Writer
Now Reading
A King's Legacy: Arnold Palmer made everybody he met feel special
Search Near Me