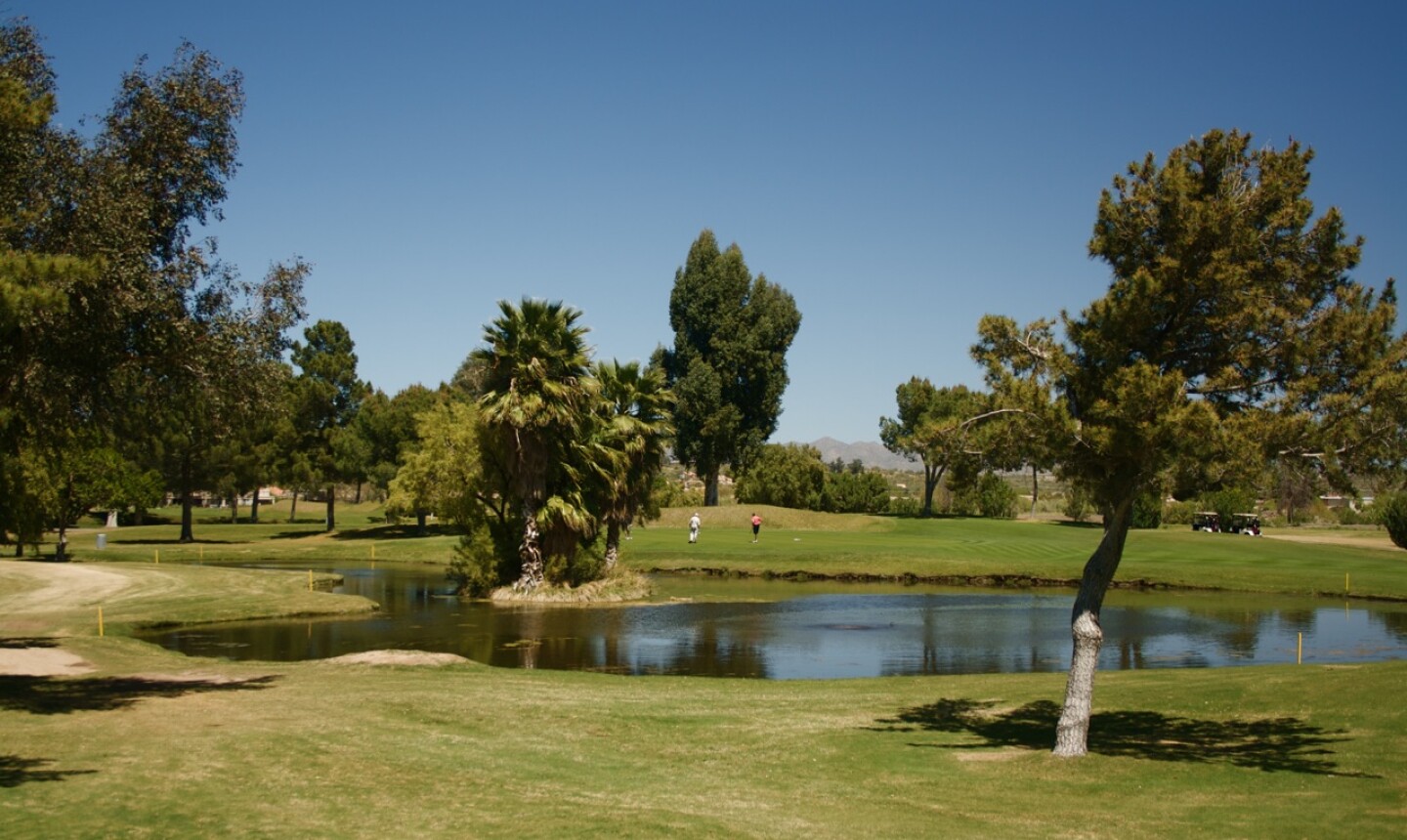 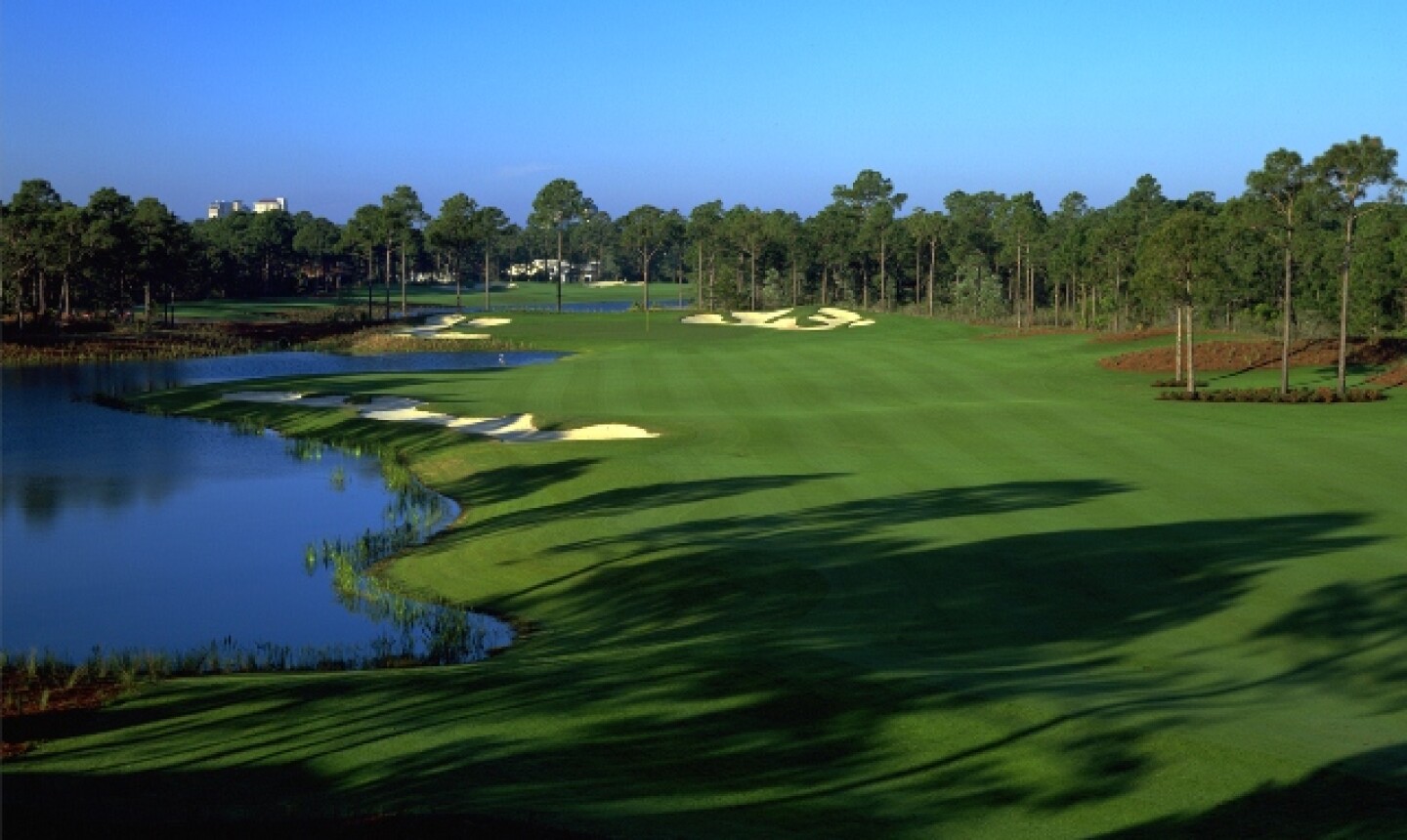 Bobby Wadkins and Loren Roberts each won the Boeing Championship at Sandestin on the Raven Course at Sandestin resort in the Florida Panhandle. Courtesy of Sandestin Golf & Beach Resort The par-5 18th hole has decided many major pro tournaments on the Grizzly Course at the City of Mason Golf Center. Jason Scott Deegan/Golf Advisor The guys on the PGA Tour's Champions circuit might be old, but the history of their tour hasn't even hit middle age yet.

Pros past their prime playing for money wasn't a new concept at the time. Organizing a full schedule was. The first PGA Seniors' Championship debuted at Augusta National Golf Club in 1937. It wasn't until the success of an exhibition called the Liberty Mutual Legends of Golf in 1978 and 1979 that an official senior tour began to take shape.

During the past three and a half decades, this senior circuit has competed on many of the world's greatest courses. Many of these venues have doubled as PGA Tour hosts. Others -- while maybe not long enough for the young guns or located in the smaller markets -- are still great venues for you and I to "play where the pros play."

For that reason, I dug through the record books to find every public course to host a senior tour event. I've created a new "Top 100" list (with a few extras) that's a great guide of where they've played over the years. I ranked each course based on three criteria: The prestige of the tournament, the merits of the course and the current course reviews on Golf Advisor. Courses that held popular silly season events such as the Senior Skins Game and the Father-Son Challenge are included.

Essentially, these are the places to play if you want to follow in the footsteps of greatness ... i.e. champions and legends. And you don't have to be older than 50 to enjoy them.

The story is divided into three parts -- part 1 covering courses ranked no. 112-78, part 2 covering courses no. 77-39, and part 3 featuring the top 38. Not all of these venues are household names in golf, although most fans will recognize the majority of them:

Comment: This Donald Ross course dating to 1908 was originally named the Elks Country Club. Most recent reviews on Golf Advisor to start 2016 cite conditioning issues, although it is early in the season.

Comment: The old Sinners Course, designed by prolific south Florida architect Mark Mahannah, was later renamed and then revamped in 2011 with the first hole changing from a par 5 to a par 4 and No. 10 a par 3 instead of a par 4. Golf Advisor reviews tend to hover in the lower star ranges. The Club Med, however, is one of my favorite family golf resorts in America.

Comment: This historic city muni dating to 1925, which also hosted the Ping/Welch's LPGA Championship, gets mostly three to five stars on Golf Advisor.

Comment: The tournaments were played on the current back nines of the American and British courses, which were part of the original Donald Ross course Jones christened in 1927, three years before he won golf's only Grand Slam in 1930. The club has grown to 45 holes of municipal golf.

Comment: Hillcrest, part of a massive Del Webb retirement community with four regulation and three executive courses, is praised as a good value for a three- to four-star course on Golf Advisor.

Comment: Local reports have indicated that the Reno Sparks Convention and Visitors Authority might close the course and sell off the land. Nothing has been decided as of April 2016. The majority of Golf Advisor reviews are four star.

103. The Grizzly at the City of Mason Golf Center, Mason, Ohio

Comment: Renovations have significantly altered the Nicklaus/Desmond Muirhead design near Cincinnati that hosted the PGA Tour, LGPA Tour and Senior Tour from 1973-2001 when the course was affiliated with Kings Island, the Midwest's largest amusement/water park. Most Golf Advisor reviews average out to four stars.

Comment: Prominent local architect Devereux Emmet designed the Red in 1914 as part of the old Salisbury Golf Club. Nassau County took over in the 1940s and turned some of the club's five courses into parkland. The Red lives on as a heavily bunkered test of golf void of water.

Comment: The Robert Trent Jones Sr. course near the Yadkin River hosted the 1974 PGA Championship won by Trevino as well. The 2001 Champions Tour event was cancelled after 9/11.

Comment: This is a rare Clubcorp private club that offers public access through a 25-room boutique hotel on site.

Comment: The 27-hole facility recently laid down new Diamond zoysia grass on the greens, creating some of the best putting surfaces on the island.

Comment: The 100,000-square-foot clubhouse gives off a good first impression. The par-3 17th and par-5 18th holes both finish at island greens.

Tournaments: 2005-13 co-host of the First Tee Open at Pebble Beach.

Comment: The oldest course in continuous operation west of the Mississippi River is owned by Pebble Beach Resorts, even though it's adjacent to the Hyatt Regency Monterey Hotel & Spa.

Hangin' at #PebbleBeachResorts. Morning round at #DelMonte, afternoon at #SpanishBay.

Comment: The old Oak Cliff Country Club was the last design of Perry Maxwell before his death in late 1952 and was finished by his son Press Maxwell in 1953. The elder Maxwell is famous for creating Southern Hills, Colonial Country Club, Prairie Dunes Country Club and for working at Augusta National, Maidstone and Pine Valley.

Comment: The Dye design opened in the spring of 1984 as a TPC course. Its hilly routing climaxes during the back-nine par 3s, where the 12th hole is guarded by 10,000 of Dye's signature railroad ties and the 17th hole engulfed by water.

Comment: Designed by William Johnson and William P. Bell. Rancho Park opened with the 1949 USGA Public Links Championship and has been host to 18 Los Angeles Opens as well as numerous LPGA Tour events.

Comment: The old Springhouse Golf Club, once a part of the Gaylord Opryland Resort & Conference Center, meanders along the banks of the Cumberland River bordered by limestone bluffs and wetlands.

Comment: Almost all of the handful of Golf Advisor reviews for this Palmer design are five stars.

Comment: The original course, home to countless state tournaments, dates to 1968, but everything else is newer -- the executive course in 1974, the third nine in 1989 and, most important, the rustic clubhouse in 2011.

Comment: Sam Snead and Gene Sarazen collaborated on a course that consistently gets four and five star reviews at Golf Advisor for its conditioning and overall experience.

Comment: The long-time host of a PGA Tour event hosted a solid run with the old guys before the Senior Tour became a real thing.

Comments: Golf Advisor users have given out more five-star reviews than all other ratings combined, consistently calling it one of Pittsburgh's or western Pennsylvania's best.

Comment: This pleasant and well-conditioned private club is accessible with a stay and play at the glamorous beachfront Ritz-Carlton Amelia Island.

Comment: Both the International and National Course at ChampionsGate are preparing to close for renovations to get new grass on the greens and renovated greenside bunkers. The International will close this June and reopen next June when the other course closes.

Comment: Donald Trump showed interest in buying and improving this tropical muni that showcases nice scenery of the Miami skyline.

Comment: The peaceful surroundings of the Ojai Valley generate tons of five-star reviews at Golf Advisor. The layout packs a punch for only playing 6,200 yards from the tips.

Comment: Burnt Pine is the signature track at Sandestin, but this Jones II design compares favorably with loads of five-star reviews on Golf Advisor.

Comment: There are so few reviews under four stars at Golf Advisor -- out of a large sample size of nearly 250 reviews -- that playing the Catalina course is almost a sure bet to be an enjoyable day. Golfers probably like the change of pace of a parkland course home to eight lakes instead of the usual target golf in the Arizona desert.

The note on Crandon Park is soooooo misleading Trump proposed running it and jacking up the fees, Miami politely declined. 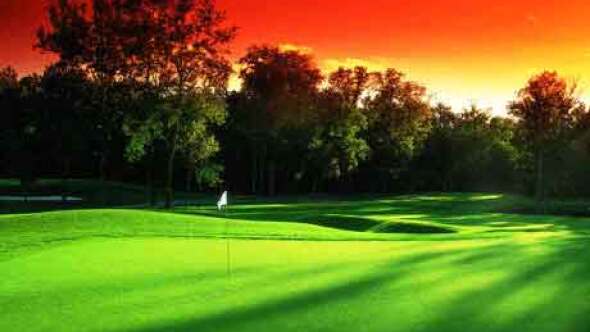 Articles
5 Min Read
Top 50 public courses of the Web.com Tour - part 1
Jason Scott Deegan scoured the history books to find every public and resort course to host the Web.com Tour since the early 1990s and ranked them. Here are nos. 50-26. 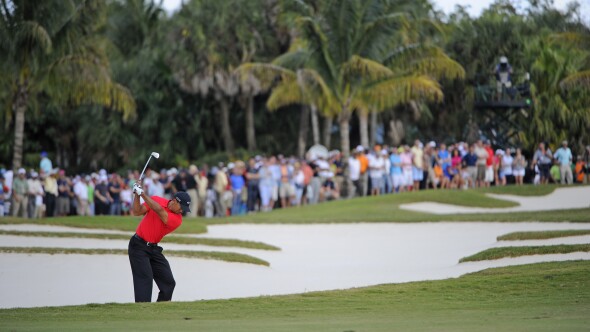 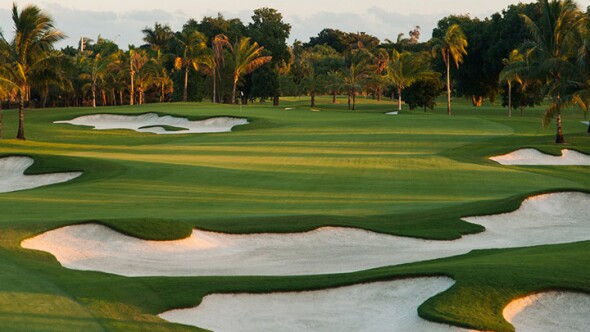 Articles
4 Min Read
Tee it up on the PGA Tour's 'Florida Swing'
The PGA Tour spends the next month in the state of Florida, and each venue is accessible to the public. Here's a breakdown of where to go.

Kira K. Dixon
Lifestyle Correspondent
Now Reading
A new top 100: The best public golf courses of the PGA Tour's Champions circuit -- part 1
New Cookie Policy
WE AND OUR PARTNERS USE COOKIES ON THIS SITE TO IMPROVE OUR SERVICE, PERFORM ANALYTICS, PERSONALIZE ADVERTISING, MEASURE ADVERTISING PERFORMANCE, AND REMEMBER WEBSITE PREFERENCES. BY USING THE SITE, YOU CONSENT TO THESE COOKIES. FOR MORE INFORMATION ON COOKIES INCLUDING HOW TO MANAGE YOUR CONSENT VISIT OUR COOKIE POLICY.
CONTINUE
Search Near Me