Is 2022 the best year ever for major championship courses?

Is 2022 the best year ever for major championship courses?

With Southern Hills, The Country Club and The Old Course complementing Augusta National, it is hard to imagine a single-year major championship slate much better than this one.

The one constant, obviously, is Augusta National Golf Club, which always gets the major championship season off to a proper start, and sets a very high bar for the other courses to try to meet. Frankly, it doesn't always work out, but I think 2022 brought as much heat as any in my lifetime, and possibly as much as ever.

Quality of major championship golf courses has always been important to us golf architecture nerds, but even less-obsessed golf fans are starting to sense that a varied test, presented in a way that challenges the best players in the world in an interesting setting, tends to produce a more exciting tournament. 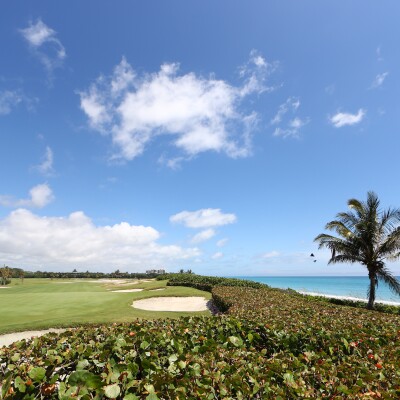 This year has been a great example of the point, with both the PGA Championship at Southern Hills Country Club in Tulsa, Okla.; and the U.S. Open at The Country Club in Brookline, Mass. serving up nail-biting finishes and plenty of lead-up drama taking place over the rest of the course for four days. Is there any doubt that next week's Open Championship at The Old Course at St. Andrews will deliver similarly? In my estimation, 2022 ranks as the best collection of the major championship courses ever assembled.

You'd be forgiven for assuming that that means we're in for a letdown next year. Thankfully, 2023 should be almost as strong as 2022's foursome. Next May's PGA Championship could be a little iffy on the weather front, but Oak Hill Country Club's East Course, recently renovated by Andrew Green to rave reviews, will be looking its best ever. In June, the U.S. Open goes Hollywood, visiting Los Angeles Country Club's North Course for the first time. George Thomas' masterpiece there, recently renovated by new "Open Doctor" Gil Hanse, should be a spectacular host for our national championship. Finally, the Open Championship heads to Royal Liverpool for the first time since 2014, when Rory McIlroy won. Not too shabby.

All this left me wondering: What other years might have offered such a dynamic collection of championship venues? For the sake of comparison, I took a look back and nominated a year from each decade that stands out. Peruse the list and offer your own nominations in the comments below.

U.S. Open: Merion Golf Club (East)
Open Championship: Royal St. George's Golf Club
PGA Championship: The Park Country Club
With the Masters only getting underway in 1934 and World War II preventing the following decade from having a full slate of four majors until 1946, I'm combining the two. Several years stand out for their major championship sites, but to me, 1934 is the most attractive. Park Country Club near Buffalo is not in the current major rota, but its Willie Park, Jr. design has always intrigued me.

U.S. Open: Pebble Beach Golf Links
Open Championship: Muirfield Golf Links
PGA Championship: Oakland Hills Country Club (South)
Pebble Beach makes its debut as a major championship host, and Jack Nicklaus hits one of the greatest shots in U.S. Open history - a one-iron to tap-in distance on the 17th hole in the final round - to usher it in as one of the modern era's iconic venues. Muirfield and Oakland Hills aren't too shabby, either. Tim Gavrich
Senior Writer
Now Reading
Is 2022 the best year ever for major championship courses?
Search Near Me