Beyond The Greenbrier: Notable golf courses to suffer from natural disasters 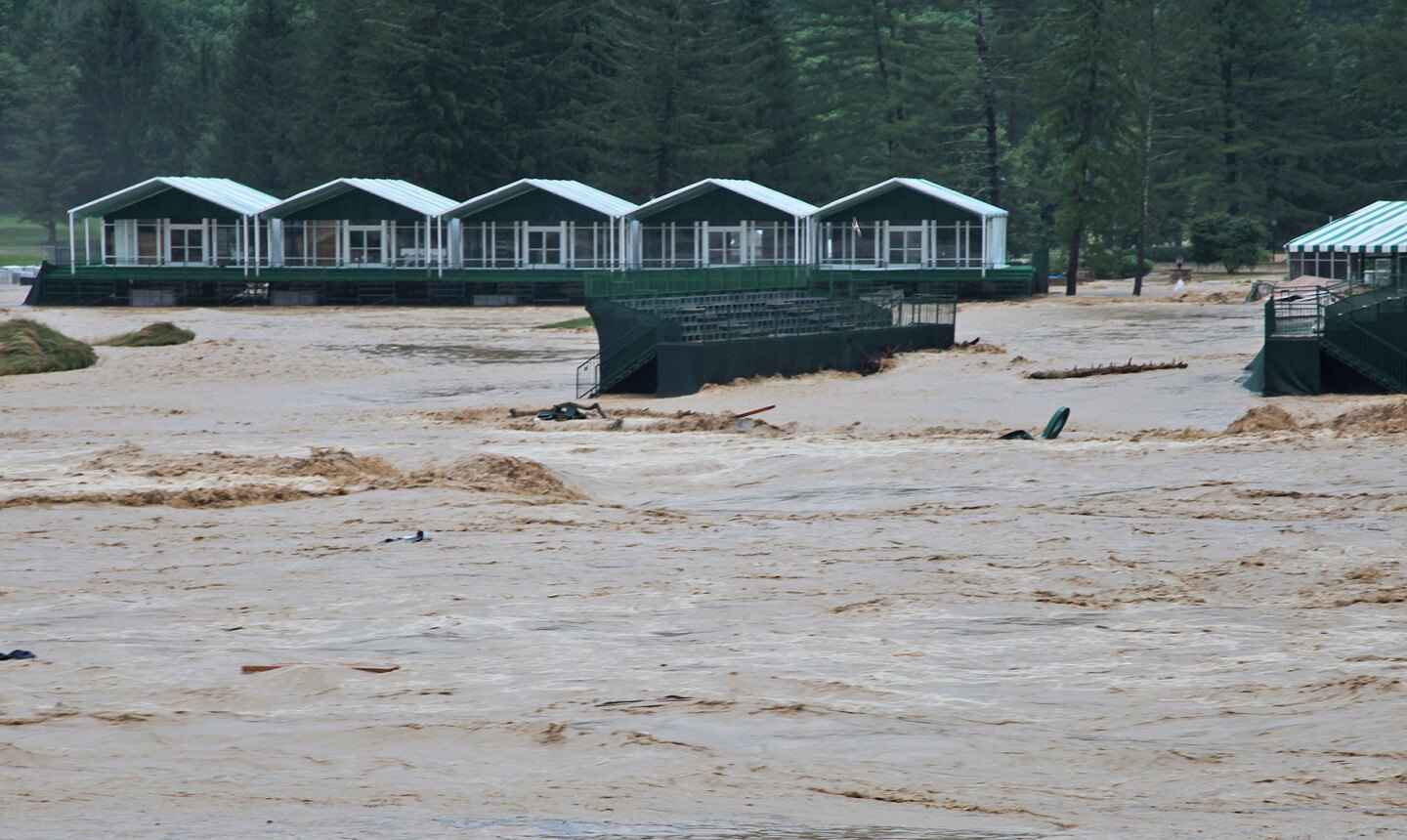 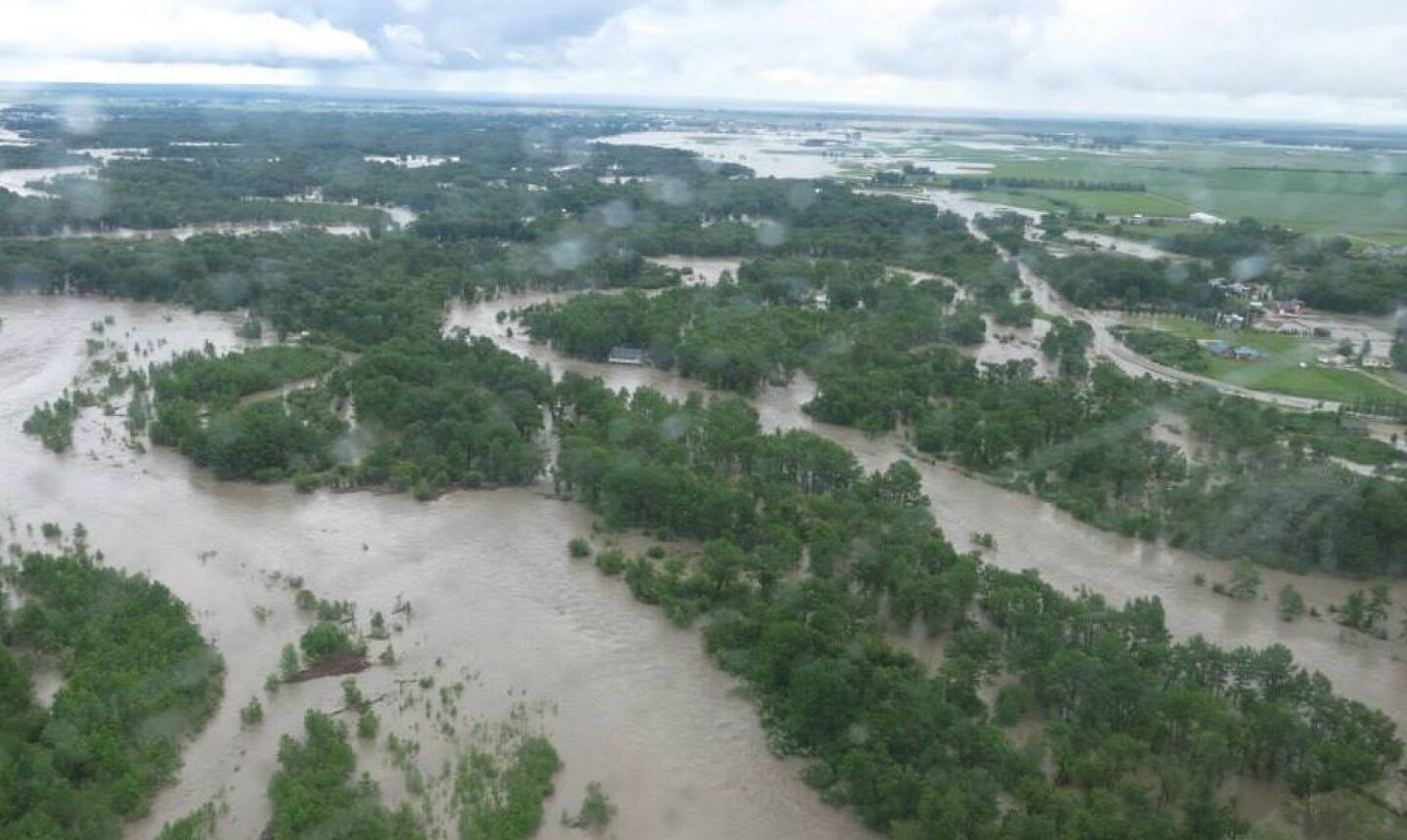 The 36 holes at Kananaskis Country Golf Course were destroyed in a 2013 flood. Courtesy photo

Instead of hosting a golf tournament after the Fourth of July, The Greenbrier resort in White Sulphur Springs, W.V., will serve as a FEMA Point of Distribution center.

The devastating floods that cancelled the Greenbrier Classic have wreaked havoc throughout West Virginia, killing at least 23 people and leaving thousands of residents without homes and/or power. The Greenbrier Sports Performance Center is distributing emergency supplies to anybody who needs them.

The damage at the Greenbrier is "horrendous," according to owner Jim Justice. The resort is scheduled to open July 12, but there's no word when golf will be played.

Very humbling experience seeing the massive golf course damage and all the flood victims down at the Greenbrier. pic.twitter.com/ydaXg1jOWA

The Greenbrier’s Old White TPC is just another in a long line of courses devastated by a natural disaster such as floods, hurricanes, earthquakes and wild fires. Mother Nature can unleash her fury just about anywhere: From Colorado - where the Coal Creek Golf Club reopened in 2015 after severe flooding in 2013 - to Houston - where tropical storm Allison forced the Clubs at Kingwood to repair massive damage to several of its courses in 2001. Part of the movie 'Tin Cup' was filmed at Kingswood.

In Alberta, Fort McMurray Golf Club suffered a wave of wildfires in May. The clubhouse burned to the ground, but 18 holes opened for play on July 1st.

Other high-profile golf facilities have gone through what the Greenbrier is experiencing. Most, but not all, survived. Here are some of the most high-profile courses to recently suffer extensive damage from natural disasters, and how they've coped since.

Torrential rains forced the Evan Thomas and Kananaskis Rivers to overflow in June 2013, wiping out the 36-hole facility designed by Robert Trent Jones Sr. in the Canadian Rockies. After much debate by the government about whether or not to rebuild, work began this spring to restore the Mt. Kidd and Mt. Lorette courses to their former glory. The courses, which are being revived by architect Gary Browning, are scheduled to reopen in 2018.

Once upon a time, City Park had four courses among its 1,300 acres.

Hurricane Katrina swamped the park’s three remaining courses in 2005, leaving behind up to eight feet of water for nearly three weeks. Two courses were permanently closed. A new masterplan conceived by Rees Jones is creating a new course to complement the North course currently open for play.

John Hopper, the New Orleans City Park Chief Development Officer - Public Affairs Director, indicated that construction of the new course is going well. Cart paths are nearly complete, pilings for a new clubhouse have been driven and the crew is laying sod, spreading seed and are also sprigging.

"What once was a large expanse of sand is now turning greener by the day," he wrote in an e-mail.

The 7,250-yard course is scheduled to open next spring. With the PGA Tour’s Zurich Classic under contract with the TPC Louisiana through 2019, it is logical that the new course could land the event as soon as 2020.

Two winter storms in 2014 chewed away at the dunes along the Doughmore Beach, damaging at least four holes on the famous links called Doonbeg. In stepped Donald Trump, who bought the resort and hired Martin Hawtree to redesign the original routing by Greg Norman. Although Doonbeg lost its signature 14th hole, a 100-yard par 3 with a green cut into a dune shelf, Hawtree has the links looking better than ever after two years of tweaks.

Trump’s plans to line the dunes with a three-kilometer wall of stones to combat erosion have hit a snag due to opposition from environmentalists. More storms charging in off the Atlantic Ocean could have dire consequences for one of Ireland’s best links.

The Ambush at Lajitas, Lajitas, Texas

The golf experience at Lajitas Golf Resort, near Big Bend National Park, is a prime example of addition by subtraction. In 2008, a 500-year flood basically wiped out the old Ambush Course, whose calling card was an extra par 3 that crossed the Rio Grande. That meant you were hitting your shot into Mexico – and not retrieving your ball, of course.

The new Black Jack's Crossing course that replaced it was built on higher ground, much higher ground, safe from floods for the most part, but more importantly, infinitely more spectacular. Designed by Lanny Wadkins, Black Jack's Crossing provides exhilarating elevated tee shots with views of the surround mountains, buttes, mesas and other rock formations. Simply put, the replacement course might be the best public course in the state.

Just a year after the Rees Jones design opened, the Iowa River overflowed its banks in 2008, covering much of the front nine in floodwaters. Jones returned to reroute those holes away from the river.

The 7,400-yard course reopened in 2011 with a new configuration. The best holes sit on the back nine high above the casino and hotel. The longest hole in the state, the 665-yard par 5 at no. 16, drops to a valley before climbing over a creek to an elevated green. Blue Top Ridge is now regarded among the best courses in the state.

The historic resort in the Pocono Mountains was hit with three 100-year floods from 2004 to 2006, ravaging the 27-hole course sitting on an island in the middle of the Delaware River and the resort that has hosted legends such as Jackie Gleason, Lucille Ball, Ed Sullivan, Arnold Palmer and President Dwight Eisenhower.

But the perseverance and dedication of the staff saved the A.W. Tillinghast course that hosted the 1938 PGA Championship won by Paul Runyan over Sam Snead, and the 1967 NCAA Championships, captured by Hale Irwin.

The Jack Nicklaus design that launched Cabo’s golf boom in 1992 probably could have reopened much sooner following Hurricane Odile in the fall of 2014. But with its hotel, the exclusive One&Only Palmilla, closed for extensive cleanup efforts, the course took its time to complete an extensive $3.5 million clean-up and refurbishment.

The 27-hole facility reopened in April, 2015, with a new computerized irrigation system, fresh sand in the bunkers, restored irrigation lakes, repaired cart paths, rebuilt on-course restrooms and turf revitalized by Troon Golf, the course operator. The trees and cacti knocked down by the hurricane actually turned into somewhat of the blessing, creating more sparkling views of the Sea of Cortez.

In 1998 and 1999 during construction of the William Henderson/Rick Smith design, rains and winds caused a ravine of soil and dirt on the par-3 ninth hole to crash into Lake Michigan, leading to a lawsuit from the state that forced the developer to pay $125,000 in fines in 2003.

Arcadia Bluffs moved past the incident to become Michigan’s top public course and develop into one of the best golf resorts in the Midwest.

Tom Fazio’s first solo design has battled various hurricanes and tropical storms over the years, but its 18th hole couldn’t survive the constant pounding of the nearby surf. Coastal erosion transformed the closing par 5 into a scenic par 3 with views of the Atlantic Ocean. Fazio returned in 2015 to complete a renovation that has the course looking as good as ever.

In the desert, flash floods can wash out a golf course in a heartbeat. Four inches of rain in two hours on Aug. 25, 2013, created major problems for Paiute, a popular 54-hole facility in the desert a half hour from the Strip.

Which courses near where you live have been affected by natural disasters, and how did they turn out? Let us know in the comments below or tweet us @golfadvisor.

Mike Bailey and Brandon Tucker contributed to this report. 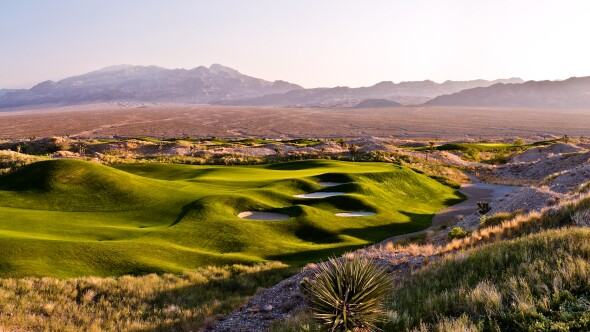 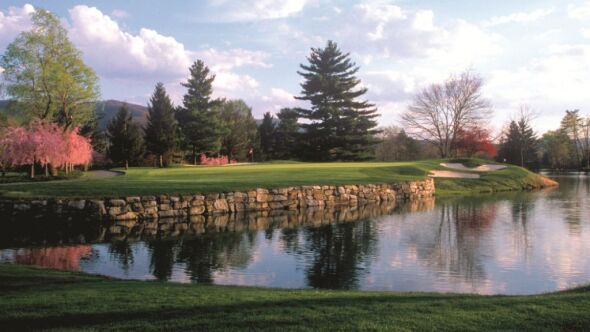 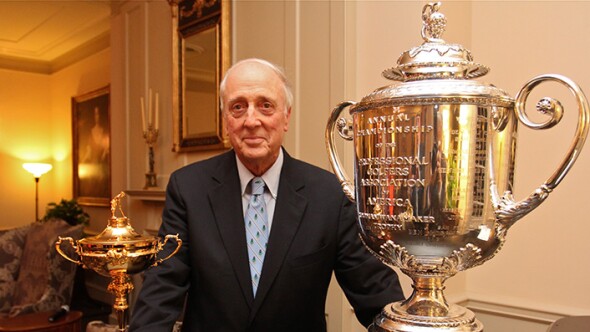 Articles
Q&A with course design legend Rees Jones
We asked Rees Jones about what it will take to stop pros from going so low at majors. Plus, he has three notable projects in the works.
8 Min Read 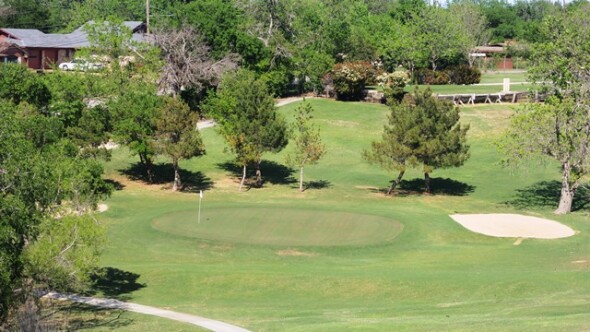 Articles
4 Min Read
GolfPass Equipment Report: November 2021
New and stylish rangefinders, updates and savings on a popular launch monitor, fashions and even boxed wine are all are arriving just in time for the holiday shopping season.

By GolfPass Staff
Read More
Load More
Popular
Secrets from the world of Golf Travel: November 2021
5 amazing items up for grabs at Youth on Course's annual charity golf auction
Playing hooky is a Cool Golf Thing
It takes a village to build – and celebrate – a great golf course
Editorial Staff

Tim Gavrich
Senior Writer
Now Reading
Beyond The Greenbrier: Notable golf courses to suffer from natural disasters
Search Near Me