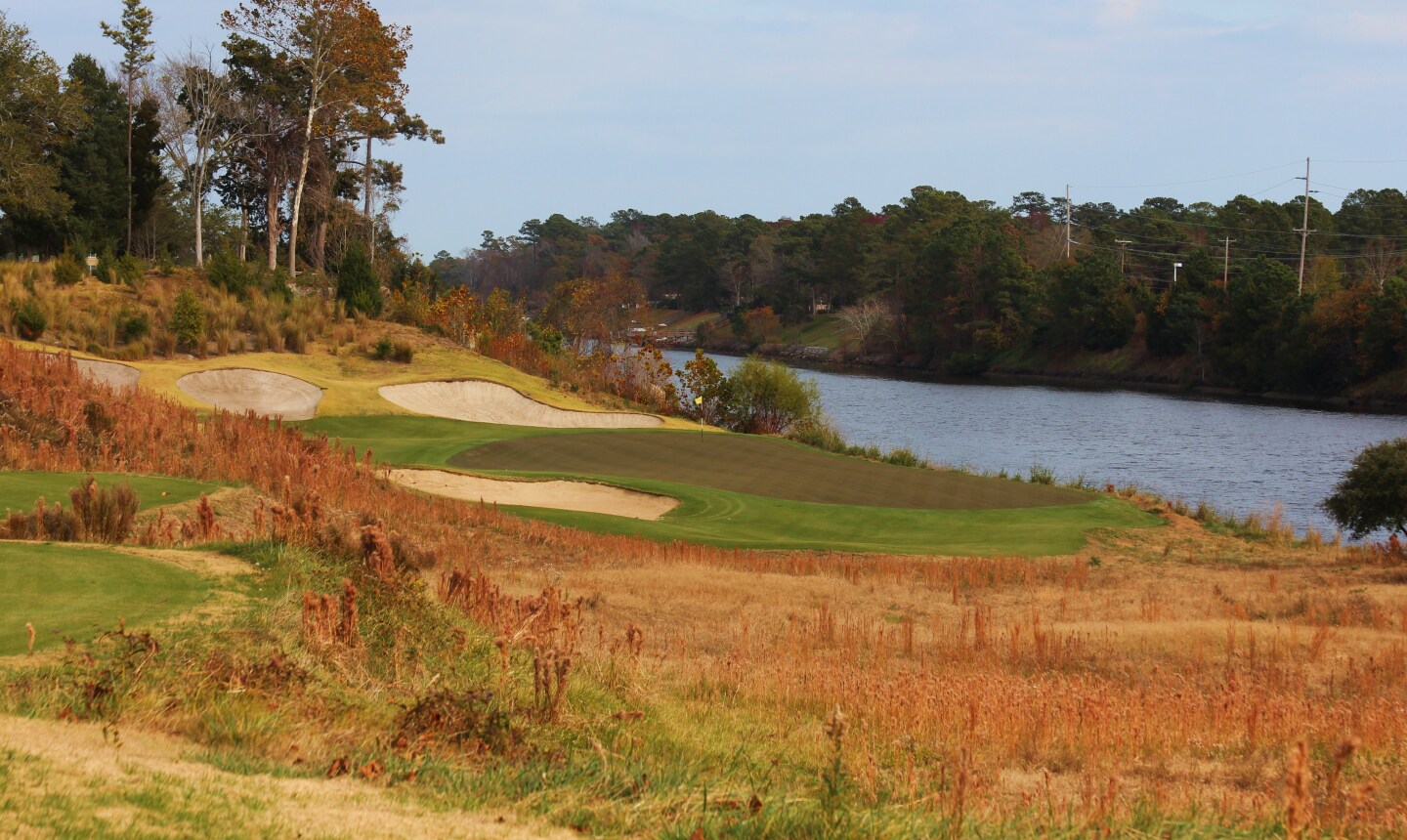 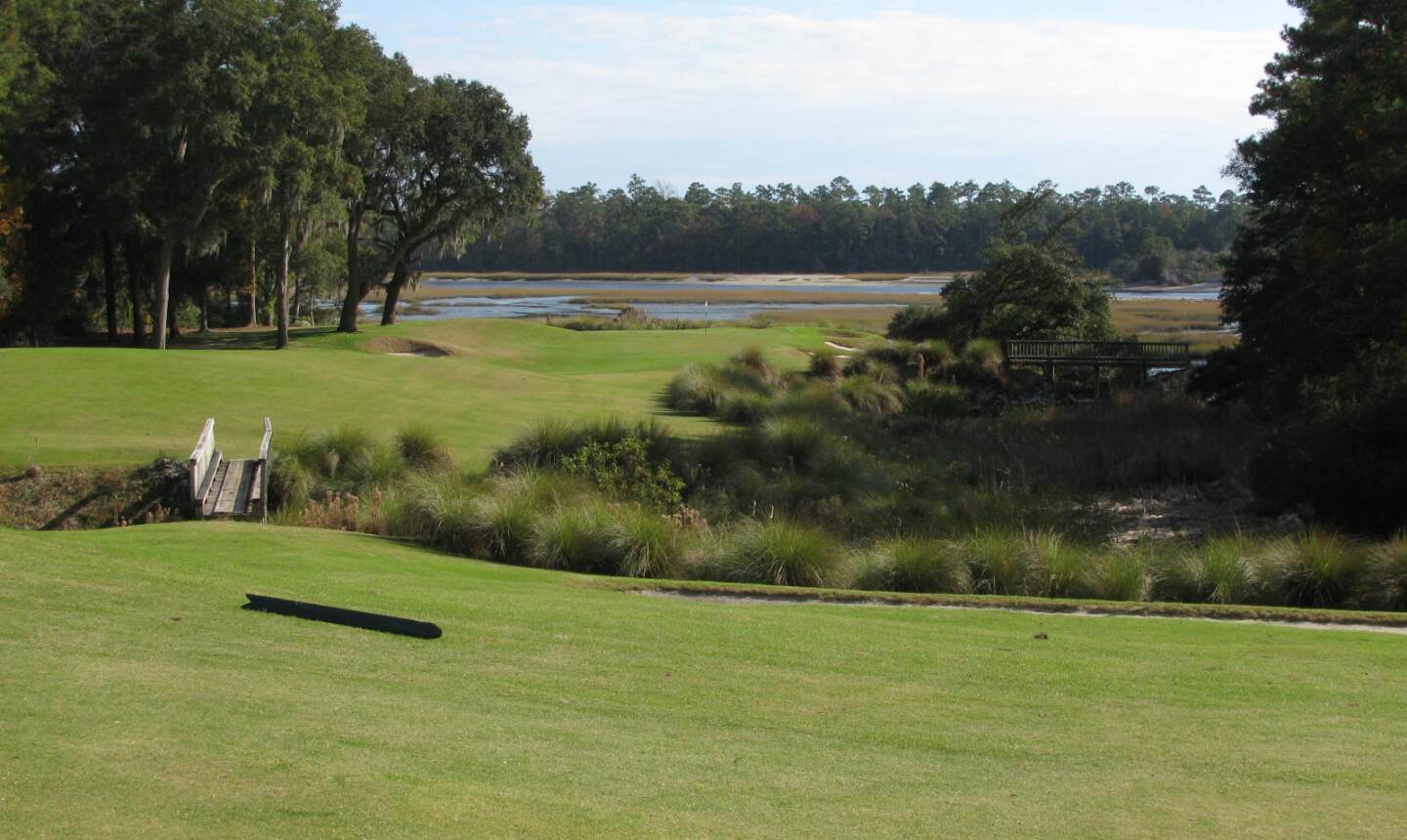 It's an intimidating shot down to the well guarded green on no. 16 at Glen Dornoch Waterway Golf Links. Lisa Allen/Golf Advisor 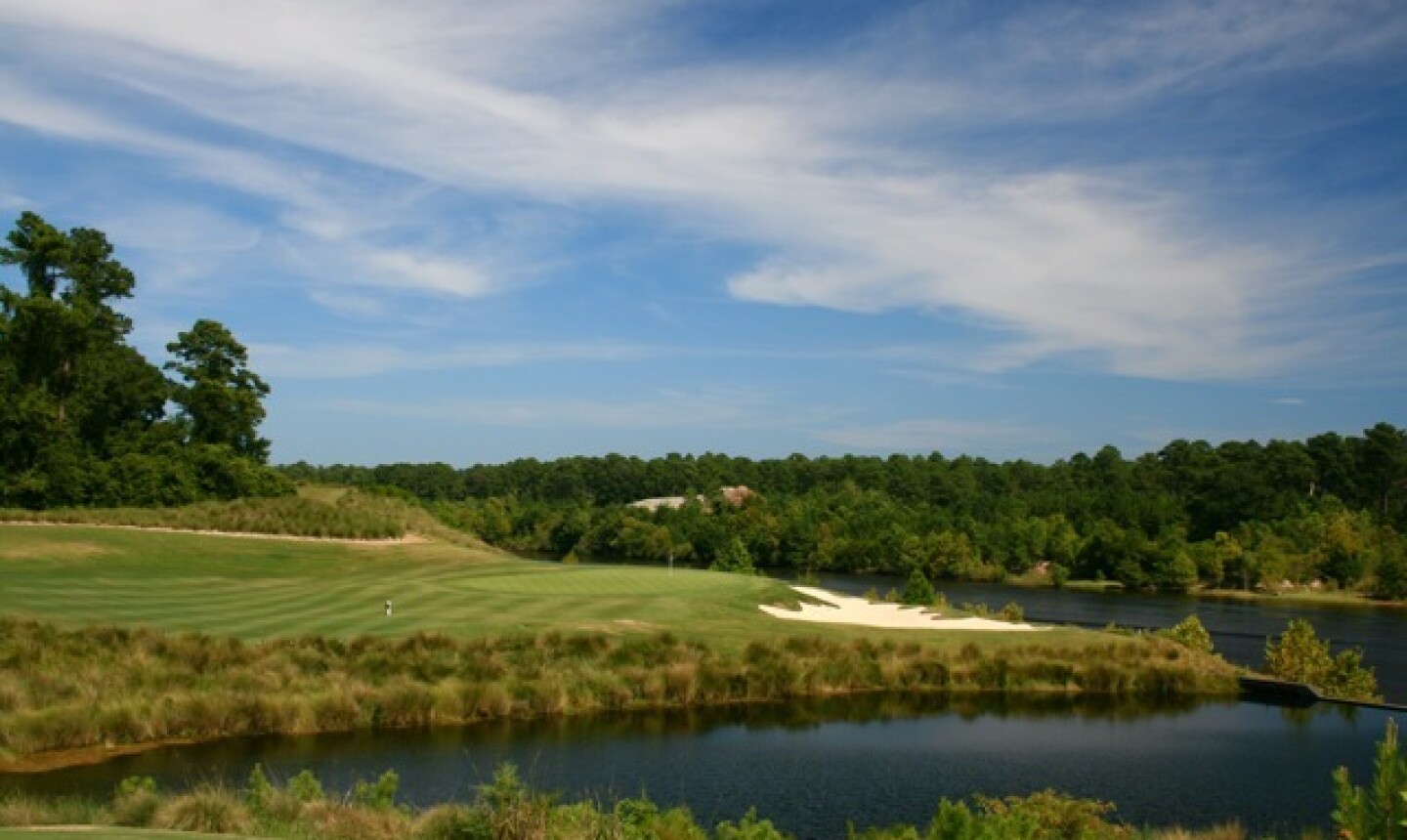 Many holes in Myrtle Beach play along the Intracoastal Waterway, but none are better than 14 on Grande Dunes' Resort Course. Brandon Tucker/Golf Advisor

NORTH MYRTLE BEACH, S.C. -- The Grand Strand might lack ocean views from its 90-plus golf courses, but there are still dozens of scenic spots.

And many of those magical moments come along the Atlantic Intracoastal Waterway. The construction of the waterway, which runs through natural harbors, inlets, rivers and man-made sections, dates back to the Rivers and Harbors Act of 1909 by Congress. Today, it spans roughly 3,000 miles, from its most northern point in the Manasquan River in New Jersey all the way to the Gulf of Mexico and Brownsville, Texas.

Golfers playing seven Myrtle Beach golf courses can gaze at boats and yachts of all sizes meandering down what looks like a canal in many spots. These idyllic settings provide therapy for the soul.

The best view of the waterway comes on the gondola ride to the Waterway Hills Golf Club. This tram takes golfers on a journey 100 feet above the waterway, connecting the parking lot to its 27 holes.

No. 14: Resort Club at Grande Dunes

No Myrtle Beach has more good holes on the waterway than the Resort Club at Grande Dunes, a Roger Rulewich design.

The best of the seven might be 14, a monstrous, 244-yard par 3. When the wind blows, it's a beast, playing over a marsh and a massive front bunker. The 469-yard ninth hole, the no. 2-handicap, comes in a close second with its views of the nearby marina.

Seven of the holes on the back nine on the Norman Course at Barefoot Resort & Golf flirt with the Intracoastal.

A large bunker sitting on the front left side of the par-3 10 steers players to miss it right into the water. The waterway running the entire right side of the par-4s at nos. 14 and 17 catches plenty of slices.

Sixteen -- a demanding, 431-yard par 4 -- requires a precise drive of roughly 250 yards to the crest of a hill but short of an elongated bunker. The second plays downhill to a small green with trouble lurking everywhere.

The par-3 17th hole is another strong candidate, playing 212 yards to a green flanked by water on two sides and six bunkers.

Although there are more beautiful holes at Tidewater Golf Club & Plantation (Nos. 3-4-11-12 all play along the Cherry Grove Inlet), the risk-reward, par-5 eight is the best of the four holes along the waterway.

The waterway runs up the entire left side of the fairway and pinches a narrow green. At 475 yards from the blue tees and 457 yards from the whites, the hole tempts players into going for it in two.

Palmetto Course at Myrtlewood Golf Club's 468-yard, par-4 18th was the region's first hole built along the Intracoastal. It's a great way to finish the round, teeing off above a super-sized fairway with water running along the entire left side.

No. 5: The Waterway nine at Arrowhead Country Club

The dreaded hook off the tee will end up sinking fast on five at the Waterway nine at Arrowhead Country Club. At 387 yards, it's not long, although three fairway bunkers and four greenside traps create resistance to scoring. 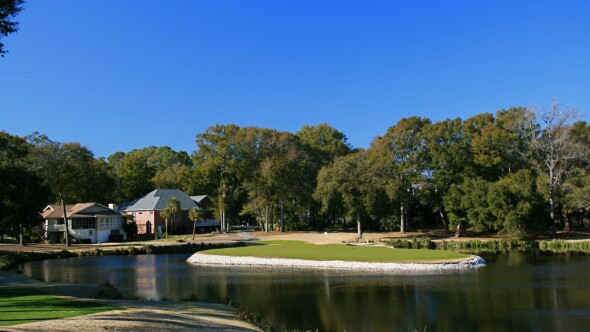 Articles
3 Min Read
Soak in the saltwater at these five scenic marsh golf courses in Myrtle Beach
There's nothing quite like springtime in the Carolinas, teeing it up on a coastal course where the saltwater fills the air. And while the Grand Strand doesn't have any bonafide "ocean" tracks, there are a collection of saltwater golf courses thanks to the Shallotte River, Waccamaw River and Intracoastal Waterway among others. Here are five of the best Myrtle Beach marsh courses.

Kira K. Dixon
Lifestyle Correspondent
Now Reading
Boats, birdies and bogeys: Discover the best holes along the Intracoastal Waterway in Myrtle Beach, South Carolina
New Cookie Policy
WE AND OUR PARTNERS USE COOKIES ON THIS SITE TO IMPROVE OUR SERVICE, PERFORM ANALYTICS, PERSONALIZE ADVERTISING, MEASURE ADVERTISING PERFORMANCE, AND REMEMBER WEBSITE PREFERENCES. BY USING THE SITE, YOU CONSENT TO THESE COOKIES. FOR MORE INFORMATION ON COOKIES INCLUDING HOW TO MANAGE YOUR CONSENT VISIT OUR COOKIE POLICY.
CONTINUE
Search Near Me